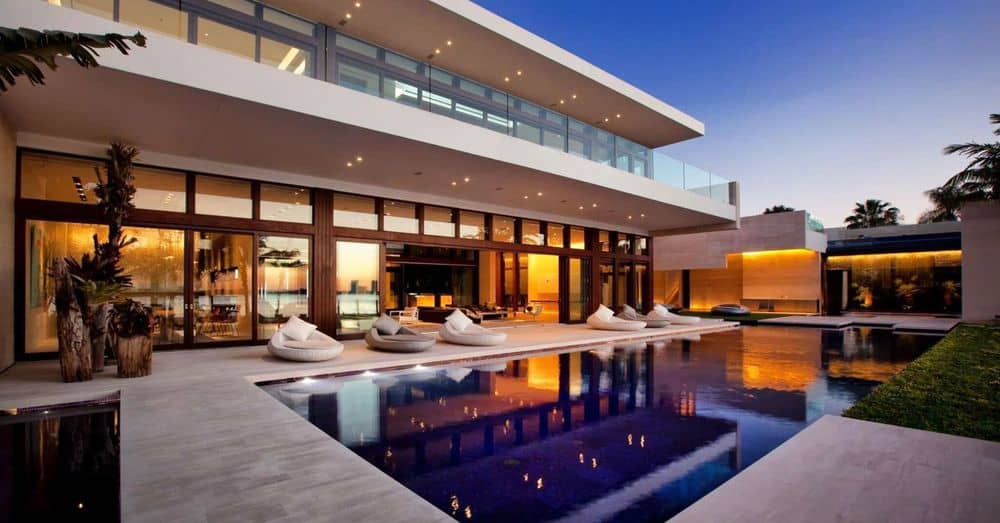 One of the luxurious homes of the private island referred to as the “billionaire bunker” was recently sold. It was a record-breaking $50 million for the real estate sales of Miami that was unbroken from 2012 to early 2019.

This home is part of a small community of the ultra rich in a private island that is highly secure. It has a private resort style to its aesthetic that is comprised of 10 bedrooms, 14 baths, a 3D movie theater, recording studio, vertical garden and indoor reflecting pools. The walls are mostly made of glass to maximize the view of the city skyline across Biscayne Bay. It also boasts of a 100-foot swimming pool and even a rooftop sky bar. The best part is the beach with pink sand imported from the Bahamas. 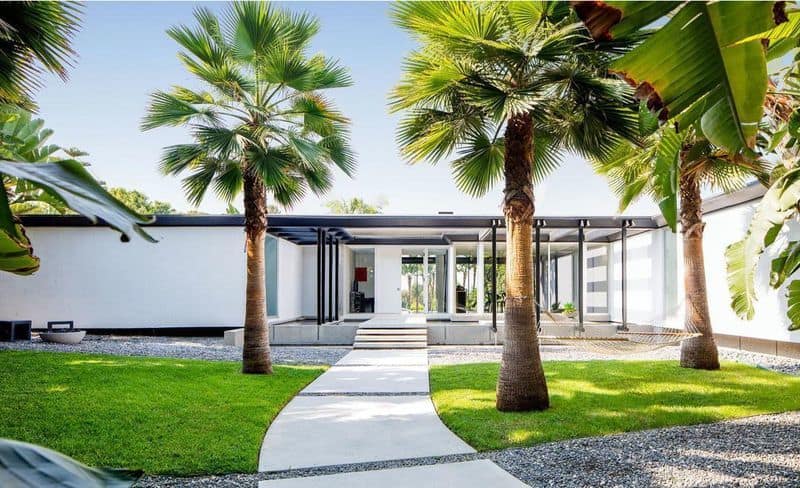 The front walkway of the home has a concrete walkway through a grassy lawn with tall tropical trees giving it a private resort feel. In the distance, the interiors of the house can be seen through mostly glass walls. Images courtesy of Toptenrealestatedeals.com. 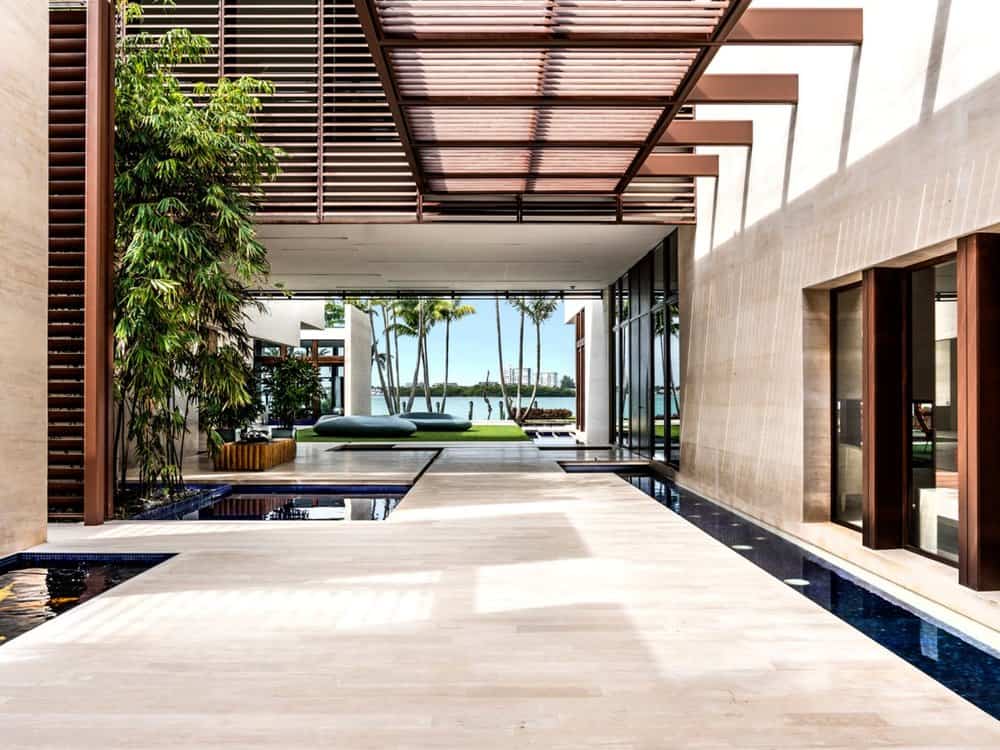 The house has a lot of open areas that can serve as one big foyer with an unobstructed view of the beach front on the far end. There are wide marble walkways and gorgeous indoor landscaping. Images courtesy of Toptenrealestatedeals.com. 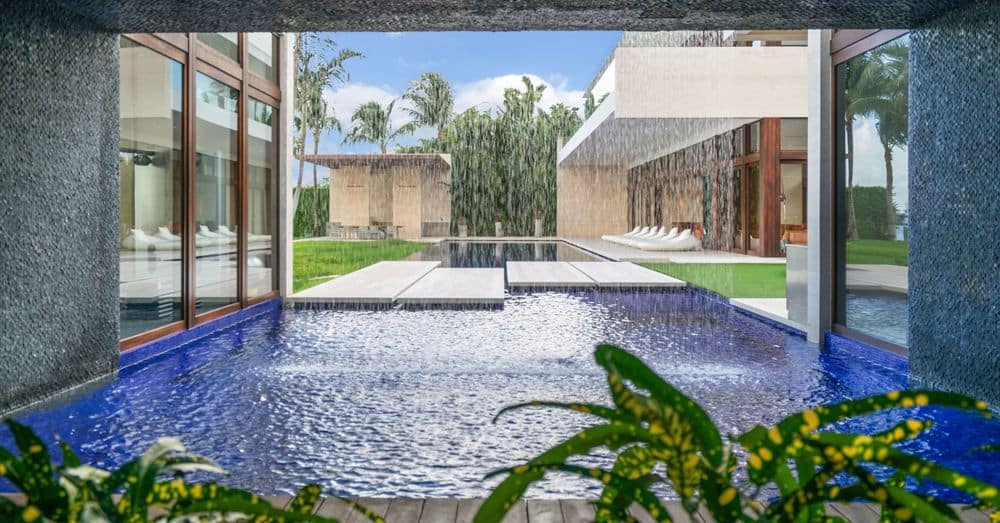 This is part of the lush and luxurious pool of the backyard of the beautiful home. It has an indoor waterfall falling over the extension of the pool bordered by various tropical plants that elevate the tropical escape aesthetic of the house. Images courtesy of Toptenrealestatedeals.com. 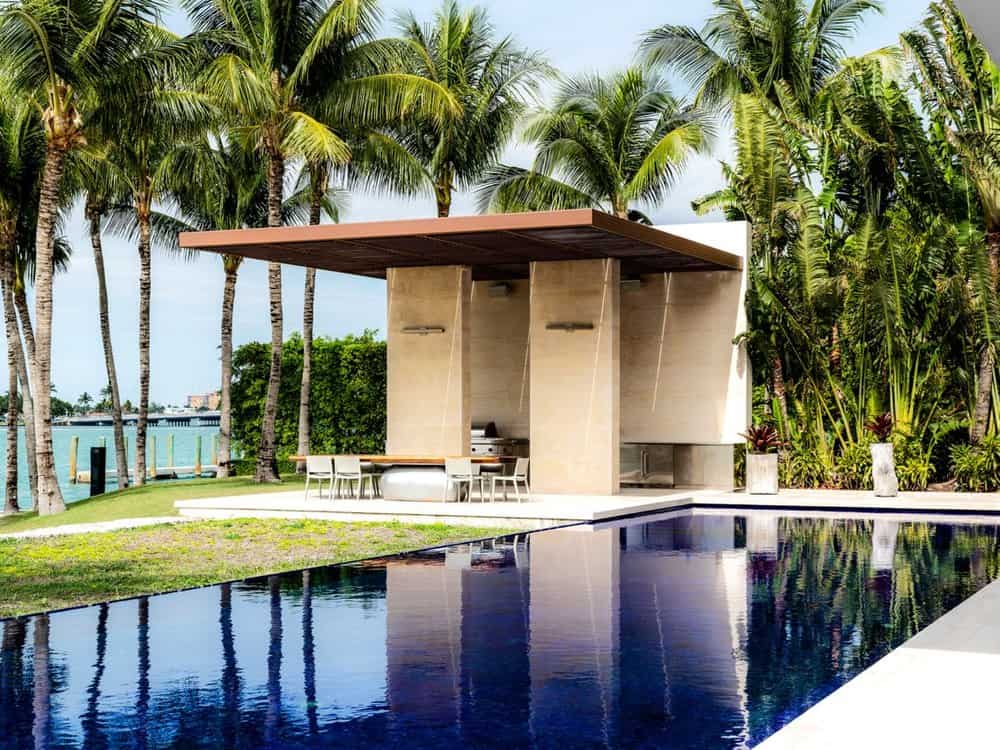 Beside the brilliant swimming of the backyard is an outdoor dining area with an outdoor grilling station all under a large modern structure that has a clear view of the beach through tall tropical trees. Images courtesy of Toptenrealestatedeals.com. 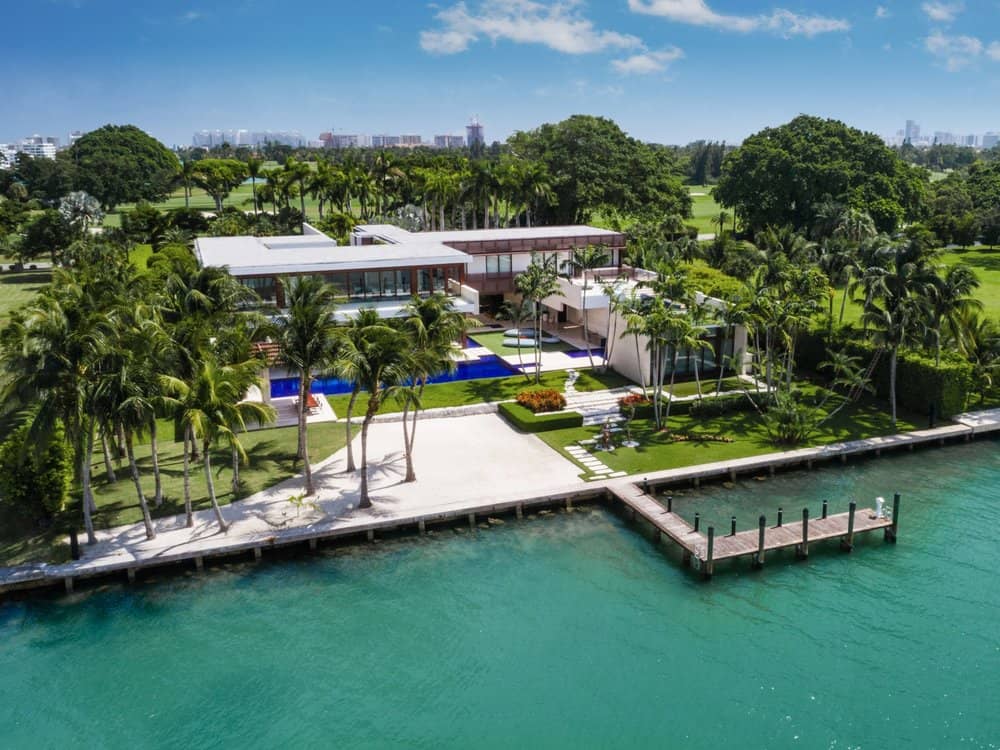 This aerial view of the entire property shows the luxurious home in all its glory. The second level of the large home mostly has glass walls for a perfect view of the ocean beyond the property that has its own boat dock. Images courtesy of Toptenrealestatedeals.com.

As one of the most popular cities in the U.S. with its warm climate, beckoning beaches and yachting opportunities, it’s no surprise that Miami is home to its share of the world’s billionaires. This waterfront estate on a secure private island, also bordering a golf course, not only broke Miami’s sales record for real estate so far in 2019 at $50 million but also broke the same record in 2012 at $47 million.

Referred to as “billionaire bunker,” the private island known as Indian Creek Village has only 41 homes with an average home value of over $21 million, though with this current sale may have risen. Home to A-listers and billionaire businessmen, the island is one of the country’s most highly secured residential communities with the one entrance heavily guarded and a private police force that patrols on land and water 24 hours a day.

It’s where the elite can rub elbows comfortably with their peers. The homes offer the opportunity to step onto their yachts in the backyard and step out the front door for a round of golf. Private and quiet, well, except for all those police, it’s just the place for a business mogul, celebrity or supermodel to kick back, decompress and soak up the sunshine.

The contemporary home was developed by Shlomy Alexander of Alexander Group Construction who built it in the style of a private resort. It is comprised of 10 bedrooms, 14 baths, a 3D movie theater, a recording studio, a vertical garden, and indoor reflecting pools.

With mostly glass walls to take in the city skyline across Biscayne Bay, it was built with a series of outdoor pavilions connected by stone walkways and garden walls. It features a 100-foot swimming pool, spa and cabana, six wet bars, a rooftop sky bar, and Jacuzzi. There is also a glass-walled waterfront gym and a beach with pink sand imported from the Bahamas. Neighbors include Carl Icahn, Adriana Lima, Eddie Lampert, former Miami Dolphins coach Don Shula and Spanish heartthrob crooner Julio Iglesias, who owns five lots on the island.