Here's a detailed comparison between a kitchen island and a kitchen peninsula. See which of these two is the right fit for your budget and your kitchen's layout. 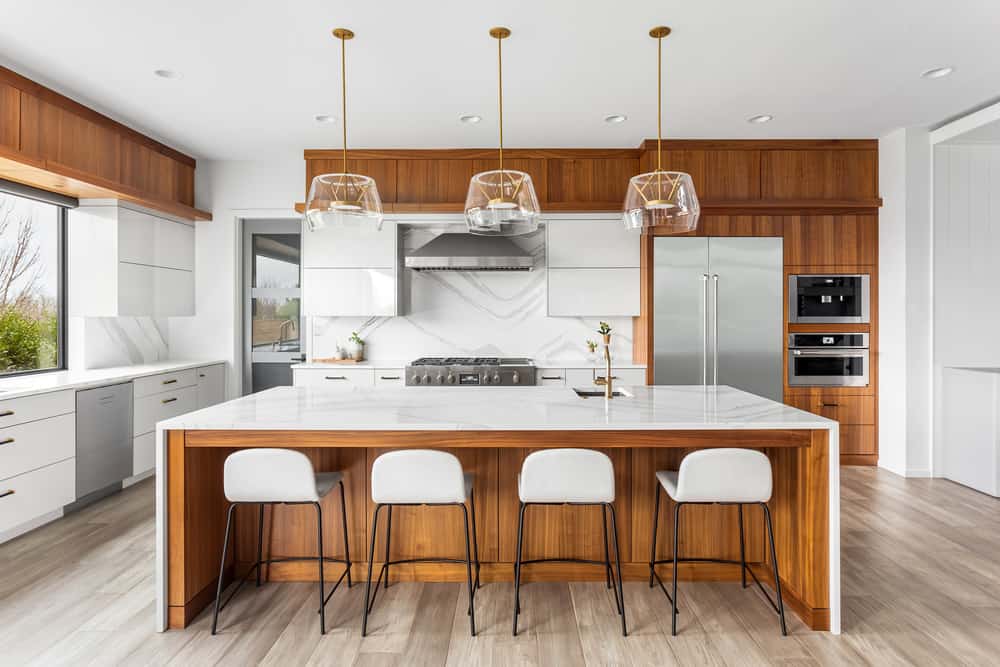 Well, unless the milk goes bad and tries to conquer the range and microwave you’re not likely to have this dramatic situation in your kitchen,

But it begets the question, would you prefer an island or a peninsula? No, it’s not an 8th-grade geography class question, but it definitely has to do with geography in the kitchen. I’m not biased, islands are the better choice.

Kitchen islands are a relatively recent addition to the décor of arguably the most important room in the house. They began popping up, (is this an archipelago?) in the mid-1980s, replacing the older peninsula format popularized in the late 60s and 70s.

Both innovations were an improvement on the standard American kitchen that emerged with the arrival of electric household appliances after World War I.

Like any architectural choice, there are benefits to both concepts, but I’m in the island camp, so bear with my opinions, if they’re different than yours. If you agree with me, great, you’re obviously a like minded, well read individual. 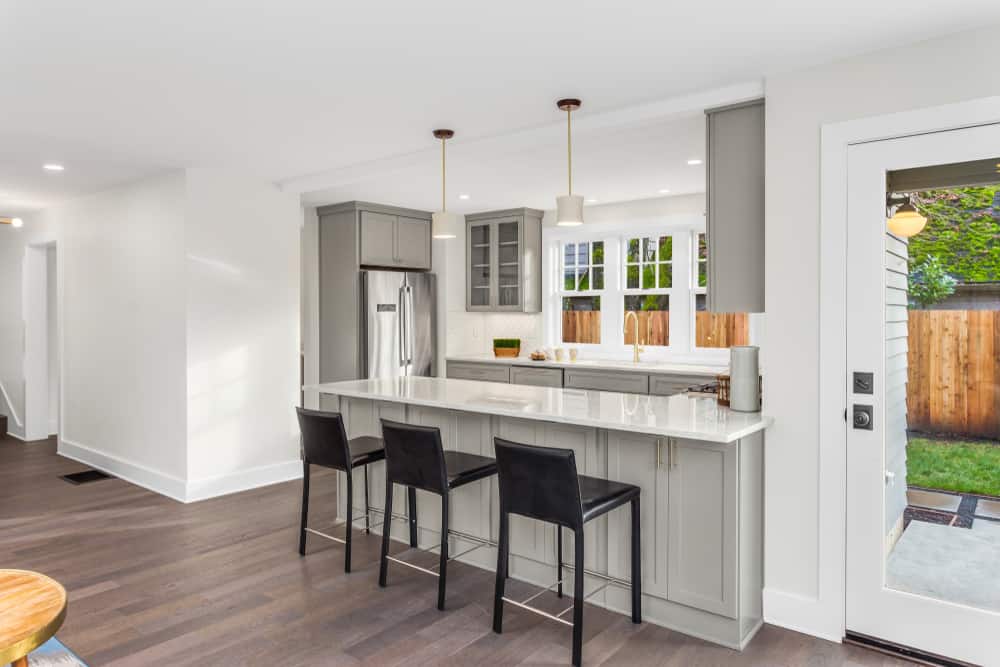 “You can’t get there from here,” that’s the first thing you’ll notice when an access lane in your kitchen is blocked by a peninsula.

The obvious benefit to a peninsula over an island is construction cost. With a peninsula you’re simply extending the framework of existing countertops and cabinets that surround your kitchen at a right angle, creating more countertop space, and additional seating along both sides of the peninsula and the end of it.

Price is reduced by only having three instead of four faces to build, that’s the obvious methodology. Another consideration comes in wiring and plumbing.

If you plan on adding a sink with hot and cold water to either a peninsula or an island, the peninsula is going to be much less expensive.

You can extend the plumbing from the outside countertops without much effort. Pex makes it easy to tap into existing water lines, crimp the t-connector in place and extend the blue or red plastic Pex lines to the new faucet and sink. The drain is just as simple with modern plastic squeeze fittings easily adaptable to connect to an existing drain.

The Pex can be attached at the base of the peninsula countertop and the drain hidden below as it connects at a right angle to your existing system.

This represents great cost savings. The same is true of electrical wiring. Just tie into an existing box along the wall below your present countertop and pull the wire to the new outlets on the peninsula.

The drawback to a peninsula is access. It’s like Tierra del Fuego vs. the Panama Canal next to the cheerios. You have to walk around a peninsula to access other parts of the kitchen. Both the existing perimeter cabinets and the storage in the peninsula are blocked by this design. 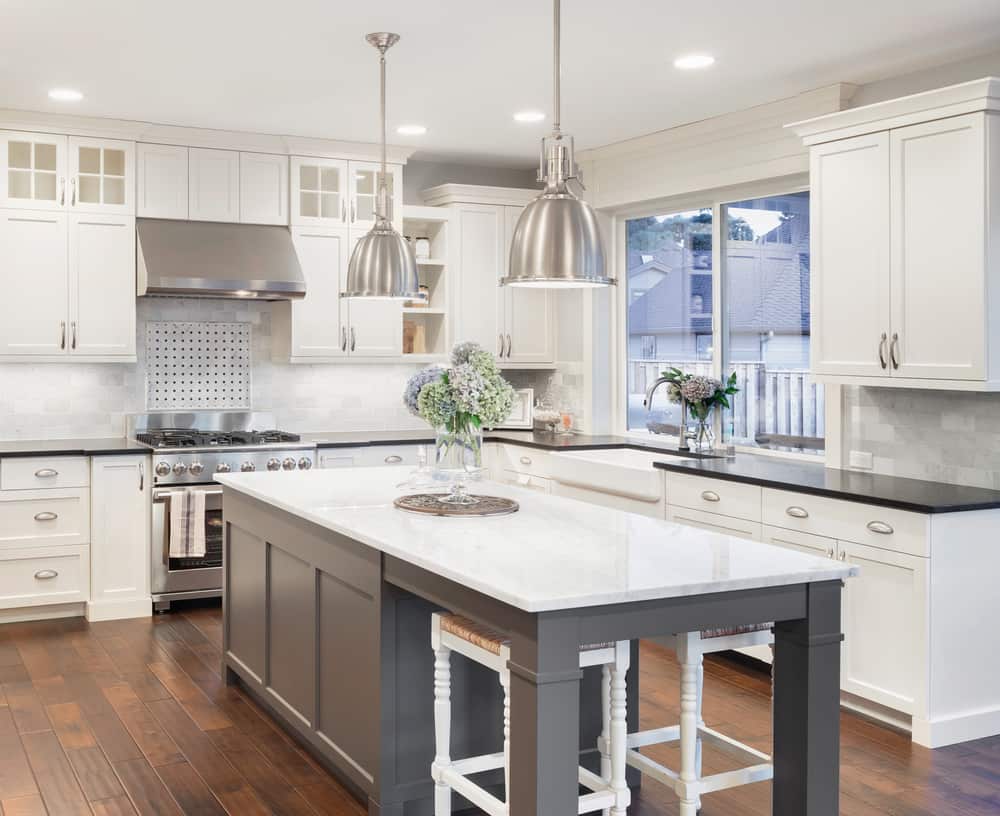 Access is the greatest feature of the kitchen island. You take unused kitchen floor space and convert it into storage, and additional countertops. Modern man’s quest for storage is akin to ancient man’s quest for fire. You never have enough storage.

An island can solve at least part of that problem.

Islands usually have cabinets or storage shelving along the length in a rectangular design, but larger, square islands have storage on all four sides.

Islands are moveable as well. They might be heavy, but they are portable, connected peninsulas are not.

Islands cost more to connect to electricity and plumbing since they’re a standalone cabinet. You’ll have to pull lines up through the floor beneath, connect plumbing under the floor as well with water lines running from the nearest hot and cold supply.

Drain lines require a bit of pondering. You’ll want to connect the drain parallel to the underlying floor joists if you can. If not you have to be cognizant of just how large a hole drilled through a floor joist can be before compromising structural integrity.

Islands are also popular locations for either electric or gas grills. A peninsula most likely has a range connected nearby, but an island offers the chance to entertain as you cook, much like a Japanese hibachi restaurant. 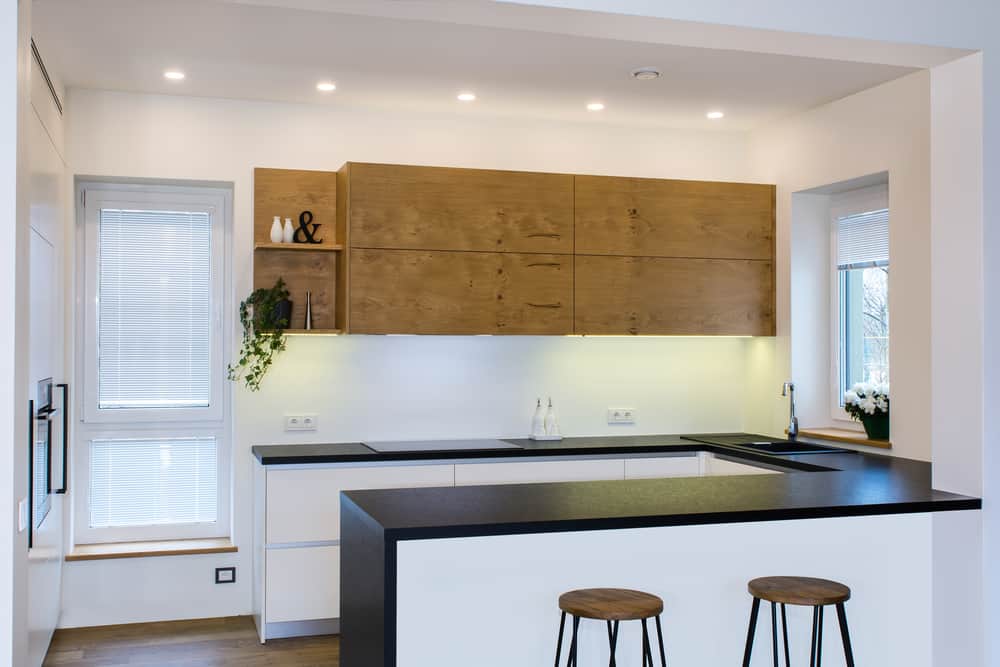 A third option that is really a compromise between an island and a peninsula is an island devoid of electrical or plumbing that is designed to fit at a right angle underneath an existing countertop.

The drawback to this design is its appearance, it lacks the permanence that many people seek in kitchen cabinetry. It will also either have an unsightly butt joint if you keep the countertops at the same level as the perimeter cabinets, or it will be lower so it can slide underneath.

I’ll take the island every time. It’s more functional, more adaptable, offers more storage and it’s easier to maneuver around. If it doesn’t have electric outlets or plumbing added, it can even contain recesses castors that allow you to lift and move it as needed. This creates an entirely new ambiance to a kitchen and greatly enhances the versatility of this important room of the house.