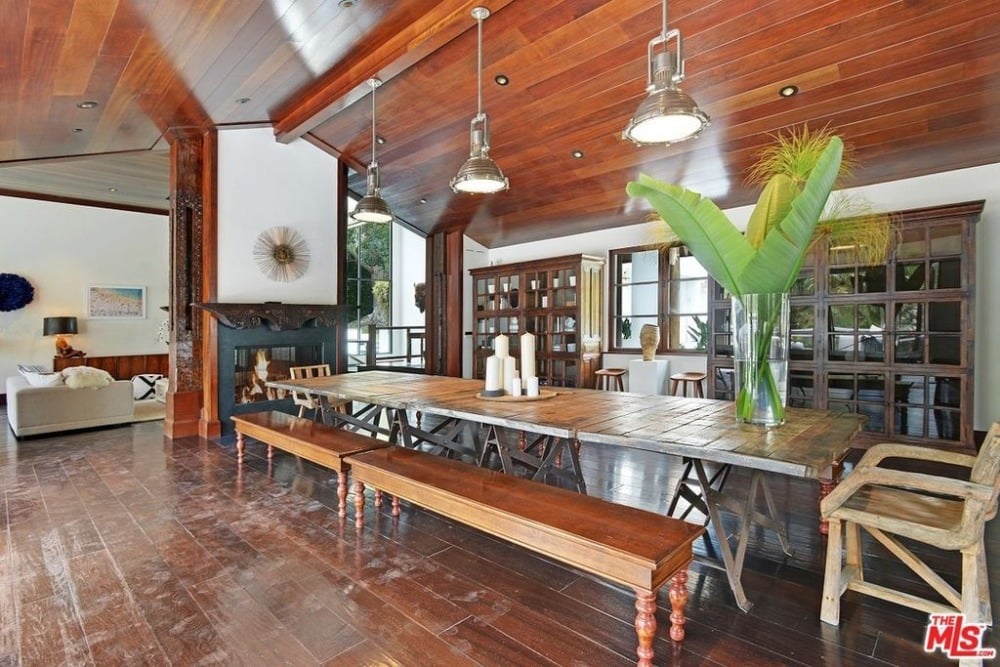 Kid Rock's Point Dume estate sold for $9.5 million after an initial asking price of $13.45 million. The balinese home features rich wood floors and ceilings. Outdoor areas include a swimming pool and pavilion with a grilling area. There's a guest house as well as 5 bedroom 5 bath compound.

Kid Rock is famous for his blend of rock, heavy metal, and rap. Born Robert Ritchie, he grew up in Michigan. His music has captivated hearts and minds since 1998. He recently sold his Point Dume estate for $9.5 million. The 8,000 sq ft Balinese style home has classic Kid Rock style and understated luxury.

Devil Without a Cause

Kid Rock burst onto the music charts with his Devil Without a Cause album. It was his fourth album. The previous albums had earned Kid Rock a cult following, but Devil Without a Cause made him mainstream and sold over 14 million. His music has a southern flare. Songs like Only God Knows Why have a rock-blues sound, while Bawitabawba is a mix of rap and rock. He draws inspiration from real-life experiences, which makes him relatable. He’s been nominated for several Grammy awards and continues to create music with soul and fun.

History of the Home

Kid Rock purchased the Malibu home in 2006 for $11.6 million. He originally listed the estate in 2013 for $13.45 million. After years on the market, he dropped the price to $12 million in 2016. Eventually, he sold the home in 2017 for $9.5 million, taking a $2 million loss on the home. The struggle to find the right buyer for the home isn’t indicative of the quality of the home. It has plenty of charm to spare.

The home isn’t what you would expect from the hillbilly rocker. He told the LA Times “I wanted a place that was comfortable and fun, where I could kick back, write music and hang out with friends. But it also had to be a house that was well-built — something with quality”.It’s easy to see what drew Kid Rock to the compound.

The home has a screening room, a full gym, two dining rooms. The 8,000 sq ft home has 5 bedrooms and five bathrooms. It also includes a guest house and an outdoor swimming pool. It offers outdoor entertaining space with a Pavillion complete with a grilling area. The home has wood floors and wood ceilings throughout. Most of the wood is dark and rich, but the dining and family living room has white painted wood ceilings and a lighter wood floor.

Interesting details include angled ceilings and arched doorways. The primary bedroom and bathroom feature brass accents in the doorway. The home also has beautiful chandeliers and drop down lighting in many areas. It has many picture windows and glass stair railings, which gives the home a natural feel. Paired with the open concept floor plan, it feels very spacious and open.

The home’s best feature might be the primary bathroom. The drop in soaking tub has a picture window with a view of palm trees. The wood floors match perfectly with the white walls. It also has a glass walk-in shower. The room is luxurious and the perfect spot to relax after a long day.