Actor Jennifer Lawrence has made no small name for herself in recent years for her parts in such popular films as The Hunger Games and the X-Men franchise. Such a high profile star needs an equally high profile home.

Pamela D’Arc of Compass, New York City is the listing agent of this property of the Academy Award-winning star.

Apparently, Lawrence is looking for new digs at present and is selling her current home in Manhattan, a 4,000 square foot luxury, high rise location sporting a panoramic view of the iconic city it calls home. When she first bought the apartment, it was listed at just over $15 million. When she first put it on the market, she had cut the price down to $14.2 million. Evidently, the star is not hurting for cash as she has more recently reduced the selling price to just $12 million.

Don’t think these reductions in price are due to the high-end real estate market not doing very well. It is. According to some of Lawrence’s recent comments, she’s just eager to make her primary residence elsewhere. Where, exactly, is uncertain.

Leaving that for now, Lawrence’s current luxury penthouse apartment in Manhattan offers breath-taking 360-degree views of the city. The decor features massive windows all around. The color scheme is almost entirely white with touches of black wood and sand-tone finished furniture. One almost gets the feeling of resting in the clouds.

In the ambrosial family room, a double-faced fireplace separates the sitting area from a jutting terminal causeway which features an almost uninhibited bird’s eye view of New York City. Small, pastoral paintings adorn the pillars between windows, expressing the owner’s penchant for simpler things. Perhaps this is a clue to Lawrence’s future residence.

The attached dining area sits below a skeletal chandelier suspended from a recessed sand-tone square of the tile ceiling. The entire apartment is covered in shining dark brown hardwood floors. The kitchen is no less nectarous, yet somehow surprisingly utilitarian. A massive, high, marble-topped prep table controls the center space- suggesting Lawrence is no stranger to entertaining friends and business associates. The cabinets are white and the appliances chrome- all standing taller than wide in a perfectly square and rectangular formation. The room is lightly adorned with flowers, and the deep brown hardwood flooring brings it all back down to Earth.

In an adjoining area, stands a pool table, and two less familial single chairs. The walls of the play area contain large sliding-door-enclosed shelves containing who knows what diversions. The playroom is strikingly understated compared to the rest of the home. It appears to have been intentionally de-emphasized– a quiet place for deliberation, or reflection, perhaps. In another far corner exists a purple corner couch accompanied by a small marble card table all tucked into a nook area composed of two enormous windows.

Interestingly, while the all-encompassing view of the city is a primary feature of these spaces, one cannot help but be struck by the fact that the windows reveal about 30% more sky-scape than they do landscape- almost as if the entire space is looking skyward. This would appear to be in keeping with the heavenly theme of this unique New York penthouse.

Whether or not Lawrence is expressing a spiritual bent is uncertain. Perhaps her future home will provide more clues into her internal life. 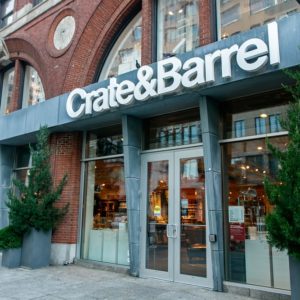 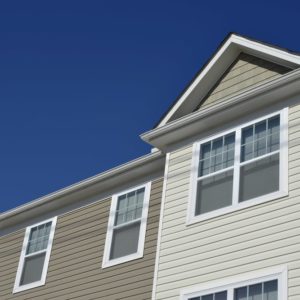