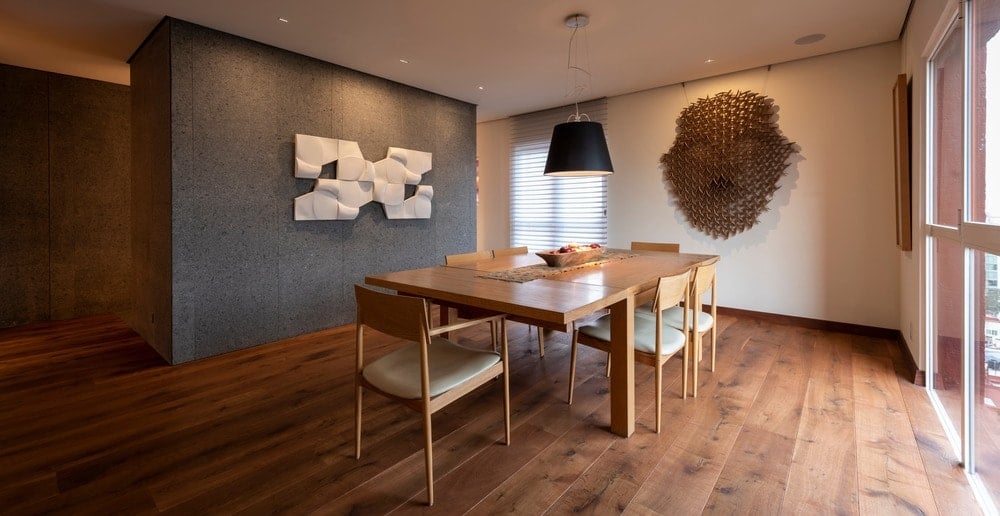 A home is an intimate space that exceeds its limitations as mere real estate. Such was the case in Santa Fe, Mexico City, where architect Alejandro de la Vega Zulueta was commissioned to apply his attention to detail to the interior design of a high-rise apartment. The urban district of Santa Fe contains Mexico City’s largest concentration of corporate and residential high-rises, with an aesthetic concept that has been applied equally to both.

However, the residential complex of Antigua, located in one of the district’s hills, is an exception to that rule, with abundant green spaces and walking trails, and its use of terracotta and ochre, against backgrounds of blue and ‘Mexican pink’. This clash of elements is important when putting Santa Fe into context as a district offering the possibility to create a new concept, and a new architectural language, for Mexico City.

Designed and built by Ricardo Legorreta in the 1990s, Antigua offers the dual promise of both a commercial and a residential area, with a unique blend of urban vibe and suburban quality of life. These contrasts extend from the complex’s exuberant gardens to the building’s fuchsia-walled hallways, providing a warm welcome while also highlighting the space. Continuing into the building, colours, textures, and furnishings provide a warm ambiance, reminiscent of a Nordic-style home.

In addressing the residential space, Alejandro de la Vega Zulueta concentrated on three dominant materials, including marble, brushed black granite, and oak wood. The design respects each material in its almost raw presentation, with all of the pieces in synchrony, including a grid of granite tiles on the bathroom floor that matches the marble on the walls, both in size and in layout. The central spaces of the residence include a lounge, a dining room, and a kitchen, each highlighted by its choice of furnishings and art, all designed and built by de la Vega Zulueta.

The furniture ranges from relatively simple pieces, including a dining room table and a pair of dressers, to a custom-built kitchen island, a wood and leather chaise longue, and shelving with adaptable modular units. On the walls, de la Vega Zulueta’s parametric art comes to life in prominence, including a white concrete sculpture mounted on a grey granite wall, erected to provide contrasts in lighting and shadows.

A variation of the artist’s Warrior sculpture, a 9-degree manipulation gives a new interpretation to the piece, which resembles two lovers. In keeping with the artist’s philosophy of marrying art and architecture, adjustments in shaping, manipulations of light, and the formation of angles all contribute to an aesthetic balance between
the sculpture and the space that it occupies.

Discrete functionalities further contribute to space’s openness, including hidden handle incorporated into the granite walls that open up to storage areas, and electric cabinets in the guest bathroom, concealed behind a wall of oak in the hallway. The lighting system is also discrete in its design, with hidden track lighting and iGuzzini micro luminaires, all with motion detectors.

Founded in 2010 by Alejandro de la Vega Zulueta, Estereotomia is an extension of the award-winning architect’s devotion to the marriage of art, interior design, and architecture. The practice has established itself through a diverse portfolio of projects, including high-end restaurants, museums, corporate offices, and urban spaces, with a particular focus on space, lifestyle, and function in the creation of exceptional experiences

Estereotomia also takes the artwork of Alejandro de la Vega Zulueta to new heights, incorporating his sculptures and parametric designs as an added layer of refinement to his architectural projects. His art, both conventional and digital, involves the manipulation of shapes, light, and shadows as finishing touches to works of metal, concrete, wood, plastic, and more. His marriage of art and architecture is prominent in Estereotomia’s vast portfolio of projects, including the sculpted fencing of historic San Jacinto Square, and the sophisticated design of an apartment in the Antigua complex in the Santa Fe district of Mexico City.

Alejandro de la Vega Zulueta is also a design principal with Entasis Architects, a highly-acclaimed firm founded in 1987 in partnership with Ricardo Warman. Entasis’ level of sophistication and refinement has distinguished the firm among Mexico’s top designers and has earned the partners numerous accolades for their work. 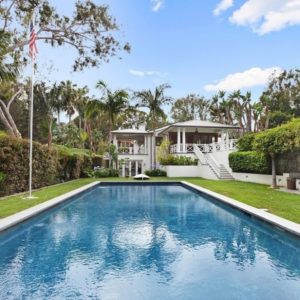 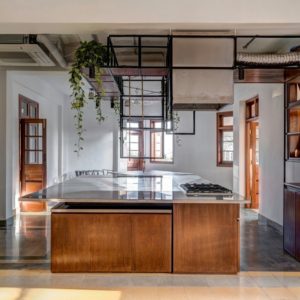