Ellen Pompeo, known as Meredith Grey on Grey's Anatomy is selling her Hollywood Hills home for $2 million. Check out her house inside and out. Very cool cliff-side pool. Also check out this cool 1923 house with killer view. 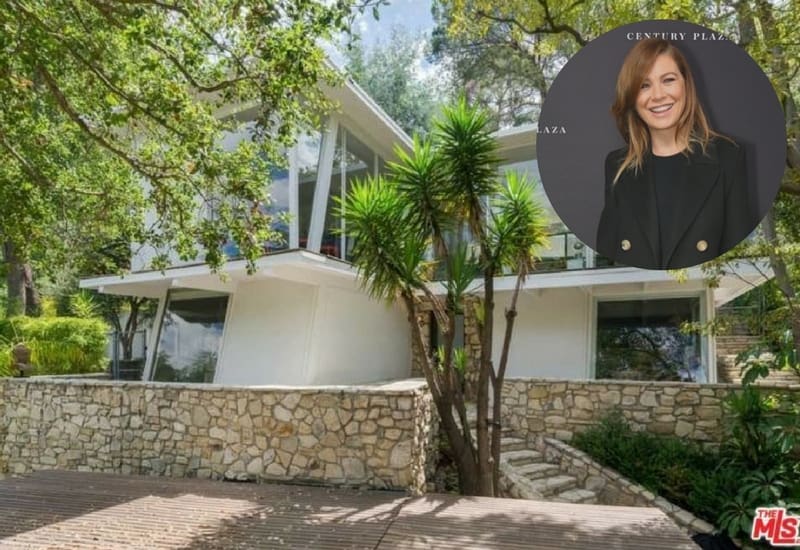 I love Grey’s anatomy. I never got onto the show when it first aired. I discovered it via Netflix when it was 10 seasons in so I enjoyed some Grey’s Anatomy binge watching catching up.

Actress, director and producer Ellen Pompeo is best-known for her role as Dr. Meredith Grey in the ABC medical drama “Grey’s Anatomy.”

The Massachusetts-born star moved to New York in 1995 where she was scouted by a casting director. She then appeared in various adverts and small independent films until her small screen debut in 1996 for the NBC legal police drama “Law and Order.” She also appeared in movies including “Moonlight Mile” (2002), “Catch Me If You Can” (2002), “Old School” (2003)” and “Daredevil” (2003).

Pompeo earned a Golden Globe nomination and a Screen Actors Guild Award for her portrayal of the title character in “Grey’s Anatomy.” The long-running series which premiered in 2005 has turned Pompeo as one of the most renowned TV actresses. She renewed her contract for the series in January 2018 which means two more seasons and an annual earning more than $20 million per year. This made Pompeo the highest paid actress in a television drama series.

The actress married music producer Chris Ivery in 2007 and have three children together.

Outdoor bath: The outdoor shower and outdoor sunken bathtub may seem unconventional but with the forest-like setting, it’s definitely taking what would be a spa-like bathroom up a notch.

Vast glass panels: The house is beaming with glass walls, flagstone flooring and stonewalls that make it seamlessly blend with the forest-like setting.

Check out the full gallery below of Ellen Pompeo’s home:

Ellen is selling this really nice 1923 house with a view for $2.795 million. I love the living room, primary bathroom, pool and view. Check it out: