Owner of Huntsman Chemical and known for creating the containers for the McDonald's Big Mac, Jon Meade Huntsman Sr. constructed a home large enough for his nine children and their families to visit him and his wife. The 20,000 square-foot home is on the market for $34 million. 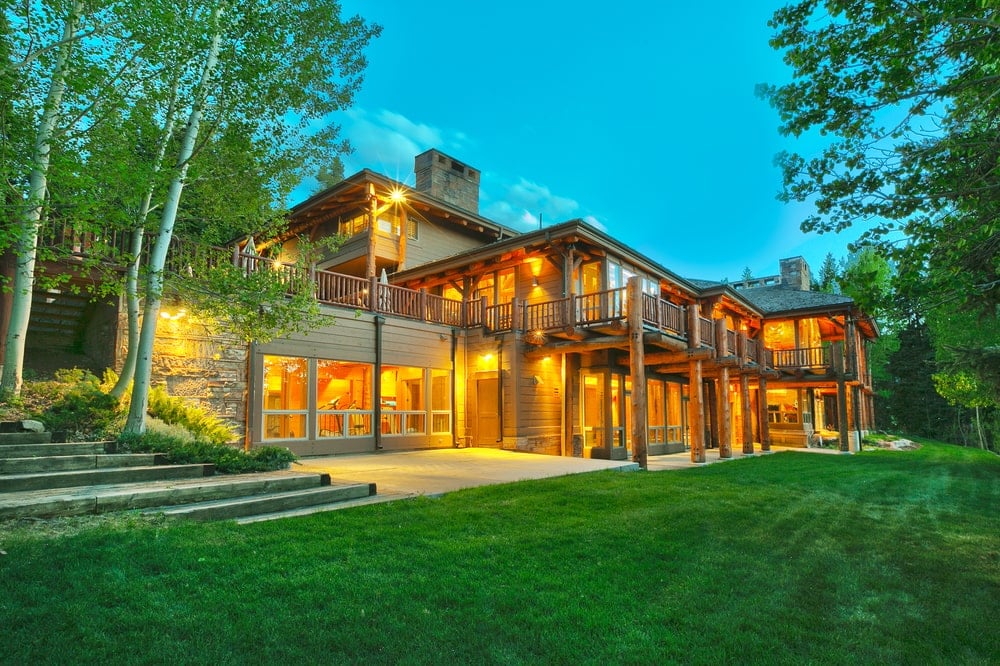 Born to a poor family in Blackfoot, Idaho in 1937, Jon Meade Huntsman Sr. and his family headed to Palo Alto, California, in 1950. After graduating from Palo Alto High School and later, the Wharton School of the University of Pennsylvania, Huntsman pursued his graduate studies at Stanford University before taking a position as the superintendent of the Los Altos School District.

In 1961, Huntsman began working for the Olson Brothers, Inc., a company that produced eggs. During his time there, he realized the great need for better packaging for the products being produced. He set about creating a better packing system and created the first plastic egg carton.

By 1967, Huntsman had become the president of the Dolce Packaging Corporation which was a joint company between the Olson Brothers, Inc. and Dow Chemical. He then saw the opportunity to create packaging for the growing fast-food industry and left Dolco in 1970 to create his own company, the Huntsman Container Corporation with his brother, Alzono Jr. in Fullerton, California. They built a second plant in 1972 which was located in Troy, Ohio.

After making their way through some bumpy roads, the Huntsman brothers created the clamshell-style container for the famous Big Mac at McDonald’s and the first plastic fast-food containers, bowls, and plates. Huntsman went on to form other companies within the industry while married to wife, Karen, for 58 years. The couple had nine children.

By 1989, the Latter Day Saints leader and owner of the now reformed Huntsman Chemical Corporation, Huntsman created an amazing ski lodge in the snowy city of Park City, Utah, that was large enough to house his nine children, all of their spouses, their total of 56 children, and any additional guests.

The impeccably-designed home was created to resemble a very large log cabin with huge beams made of logs, massive stone fireplaces, and plenty of windows to allow panoramic views of the Utah landscape outside the home. Reclaimed indigenous materials from the forests that align the well-known Yellowstone National Park were used to create the house that boasts a 20,000-square-foot living area with a whopping twelve 12 bedrooms. Two of those bedrooms are actually bunk rooms that offer up 20 bunk beds in each along with 16 bathrooms.

Along with a variety of gathering rooms with fireplaces and vaulted, high ceilings, a dining room that seats 20 people allows for stunning views of the land outside. The property features a gym, a children’s play area, a library, a very large indoor swimming pool, and two garages, each holding up to 28 vehicles.

Located in the Deer Valley area of Utah, and nestled on 60-acres of land, features plenty of glass walls for an abundance of natural light shining into the home. If this sounds like a place you would love to live, you are in luck since it is for sale. Before he died in 2018, Jon Huntsman Sr. dropped the price of this amazing property from $49.5 million to $34 million. For all the information you need, contact the real estate agency in charge of the sale of the home, Summit Properties of Sotheby’s International Realty.