Famous actress and environmental activist Daryl Hannah's 17-acre whimsical estate in Malibu, California, that features panoramic views of the Pacific Ocean and solar-powered energy, can be your new home for the cool price of $4.25 million. Contact the agents at The Agency Real Estate for a showing or to put in offer! 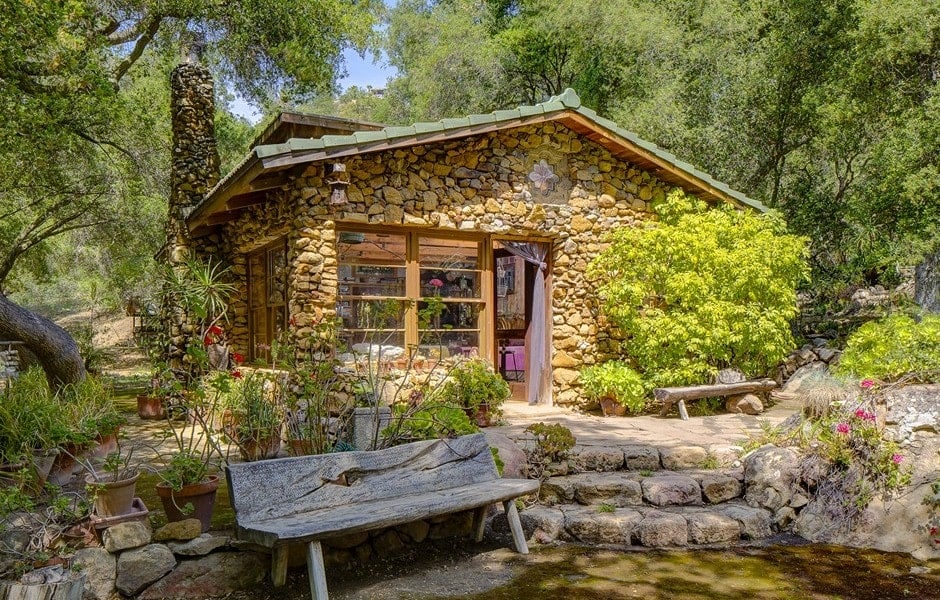 Born in Chicago, Illinois, Daryl Hannah became intensely interested in movies and acting as a young child when she went through a phase of insomnia. She was very shy and since she struggled in school doctors diagnosed her as being on the Autism spectrum. She did not let anything stop her from achieving her goals in acting, though, and she ended up studying acting and ballet at the University of Southern California in LA after graduating high school.

Daryl received her big break when she was given a role in the popular movie, The Fury, directed by the famous filmmaker Brian De Palma in 1978. Since then, the now 59-year-old actress has made appearances in dozens of movies and theatre productions, including Steel Magnolias, Summer Lovers, Splash, and A Walk to Remember.

Known for her crusade for environmental rights, this world-famous actress has landed herself in jail five times for sit-ins while fighting to bring awareness to the need for climate control, promoting the use of renewable energy, and protesting against dangers to the environment of the world in which we live due to the development of the Keystone oil pipeline and mountaintop removal mining in the state of West Virginia.

When it comes to practicing what she preaches, Daryl Hannah, who has been linked to boyfriends Jackson Browne, John F. Kennedy Jr. before his death, and the most recent fella, Neil Young, is right on point as evidenced by her charming and stunning 17-acre home in Malibu, that features green living at its finest.

The 2,190 square-foot three-bedroom, a three-bathroom house that was once a plant nursery is nestled under an umbrella of older trees and offers up three bedrooms, a fireplace with a spacious living room, and a kitchen that allows natural light to flow in through a skylight. An art studio, kitchenette, a gorgeous bathroom that boasts a Japanese soaking tub, and a huge walk-in closet are located in a second building on the property that also includes the master suite.

The fabulous stained glass windows and doors give this home a fancy appeal and solar panels make it an economical place to reside while protecting the environment.  There is yet another building on the property that offers a 15-foot high ceiling with a loft and gorgeous views of the Pacific Ocean. There are also a variety of venues throughout the property that is used for entertaining, such as a patio created from live moss that is situated under a canopy of oak trees.

This property is known as Daryl Hannah’s own private pastoral retreat and even has plenty of space for a garden full of vegetables with rolling meadows, flowing streams, and plenty of shade from the centuries-old huge Oak trees that speckle the property. All three buildings on the property are powered by solar energy which means lower utility costs for the lucky buyer since this property is for sale. Priced to sell at $4.25 million, this 17-acre property in Malibu can be yours by contacting the agents at The Agency Real Estate.