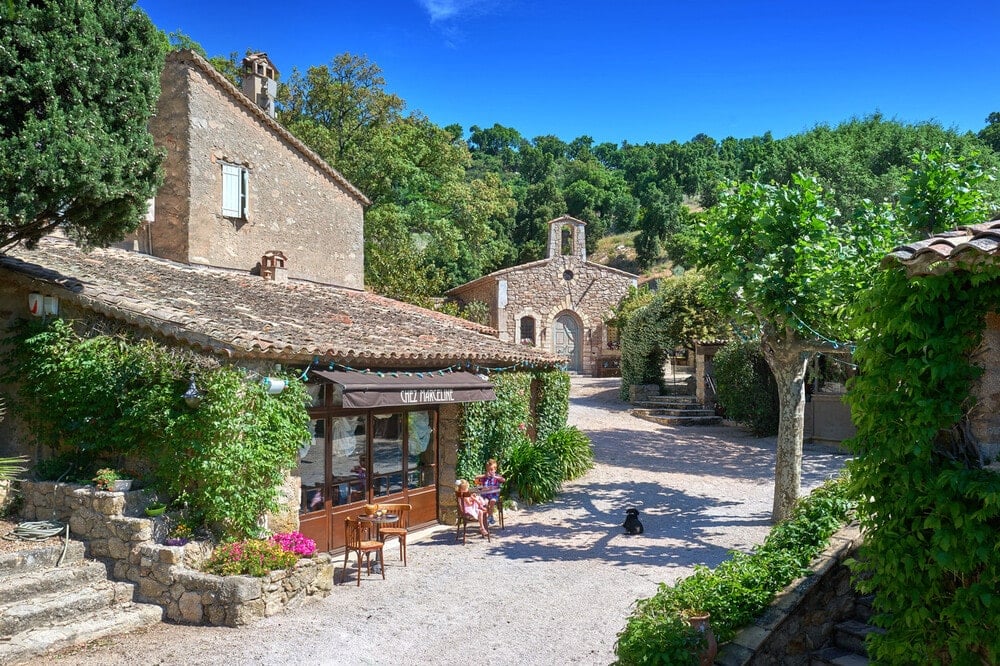 Johnny Depp is selling his South of France Provencal village for the second time. Depp is most well known for portraying Captain Jack Sparrow in Disney’s Pirates of the Caribbean franchise. Before being known for his quirky characters and personality, he began his acting career on the film Nightmare on Elm Street.

After a few years, he landed the lead roles in John Waters’ Cry Baby and television’s 21 Jump Street, and his acting career shot forward. He has starred in many films, including many Tim Burton movies, has won many awards, including a Golden Globe and People’s Choice awards, and can create a range of characters from the lovable bad boy, quirky pirate, murderous barber, and so much more.

Just imagine owning a piece of property that Depp himself designed. You can do just that if you have $55 million, which is Le Plan de La Tour’s price, the Provencal village Depp has owned since 2001.

The village, abandoned when Depp purchased it, has 37 acres of lush landscapes and is only 17 miles from the popular destination of St. Tropez. Depp spent about $10 million renovating, restoring, and decorating the buildings that dated back to the early 19th century. Depp lived in the village off and on during his 14-year relationship with French actress and singer Vanessa Paradis and their two children.

After their separation in 2012, Depp decided to sell. He first put the village on the market in 2015 and 2016, asking between $25 and $63 million, but there were no takers. He is now relisting the village that boasts a 4500 square foot main house and six guest houses with a total of 15 bedrooms and 14 bathrooms and 12,900 square feet of living space.

Depp restored and converted the original buildings to his liking and style. He turned the town’s original church into a guest house and one of the buildings into a private restaurant called Chez Marceline. There is a wine cave decorated in the theme of a pirate’s lair, complete with a decorated skull and other items that would definitely get Jack Sparrow’s approval.

The village also has two pools – one of which is surrounded by sand and has a beach bar – skate park, outdoor dining areas, art studio, children’s playroom, and total gym. Along with the buildings’ unique aspects and original facades, the village also has beautiful scenery, like 300-year-old oak trees, olive trees, and vineyards. Just think about what you could do with this village.

It comes with all furniture and decorations, some even from Depp’s personal collection. The village could easily be turned into a nice little resort for profit, or someone could turn it into their own personal estate like Depp and his family did. The possibilities are endless, and with just a short drive to St. Tropez, it would be a great vacation spot for anyone.