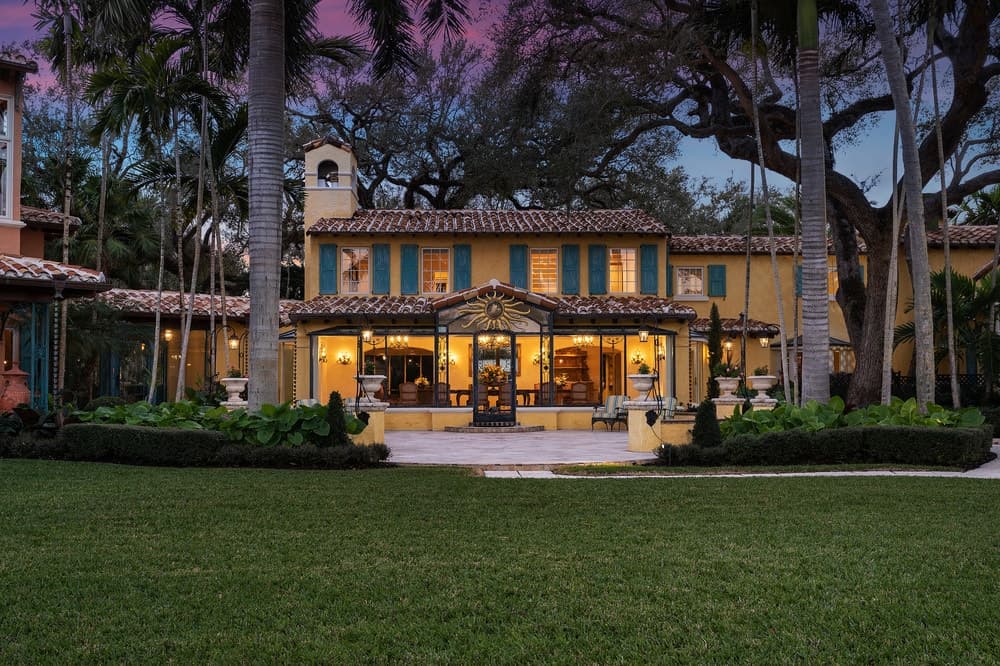 Want to live like a billionaire? The former Fort Lauderdale home of business and sports magnate H. Wayne Huizenga was recent sold at auction for more than $16.016 million. Amenities include more than you could possibly hope for, including parking for a

It doesn’t take being a Senior Citizen to remember the Stone Age of video entertainment. Those quiet evenings when nothing was on television, so you would there everyone up and drive to the local Blockbuster Video to rent a movie.

Who can forget all those neatly stocked shelves, those POP displays full of popcorn, candies, and other treats?  Then there was that cool box by the exit drive where you could drop your videos when you were done, and most likely overdue.

Unfortunately, Blockbuster Video has gone the way of all flesh, but if you saved enough of the money you used to spend on entertainment, you could have purchased the Fort Lauderdale mansion of H. Wayne Huizenga, the late founder of Blockbuster as well as several other companies that have become no less than American institutions.  At his time of death in 2018 Huizenga was worth well over $2 billion, but a lucky bidder bought his waterfront estate on May 14, 2019, for a cool $16.016 million.

To call the estate that Huizenga called Tarpon Point just another home would be like calling Mt. Rushmore just another mountain.  In fact, it’s much more appropo to call this huge estate a palace, not to mention its own streak of land.  To begin with, Tarpon Springs is situated on 1.41 acres that has been meticulously landscaped and with no luxury overlooked.  These include a resort-style pool, a towering three-story gazebo, and rock structures with exotic tropical foliage.

Inside the Mediterranean-style home there are 10 bedrooms, 11 full bathrooms, 7 half-bathrooms, surrounded by 20,623 square feet of living space.  The home features a primary bedroom with a lounging area; floor-to-ceiling windows featuring one-of-a-kind peninsula water views, his closet and bath with onyx floors and walls, and her closet with glass doors and dressing island.

Her bath includes a luxury bathtub, shower, and vanity.  The kitchen features a wood-burning pizza oven; a sub-zero refrigerator and freezer, Miele and Viking appliances; a walk-in pantry; and an additional commercial/caterer’s kitchen.  Other extra features of the home include an elevator; fireplaces; cathedral/vault ceilings; and multiple safe rooms.

As much as Tarpon Springs is a home unto itself, there is the surrounding area that also makes it special.  If your idea of travel is a mega taught, you’re in luck since there is a 135-foot dock out the front door.  If a car is more your style, the location won’t pose a problem since it is located on the confluence of New River and Tarpon Rivers.  It is a true peninsula with water on the north, east and west sides; and has spectacular views of Fort Lauderdale’s skyline and downtown; only minutes away from downtown.  It’s also only 15 minutes from Fort Lauderdale International Airport, 30 minutes to Palm Beach and Miami. 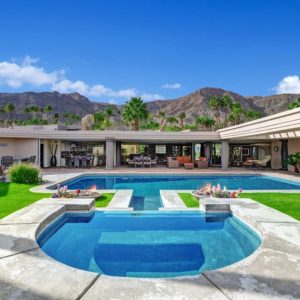 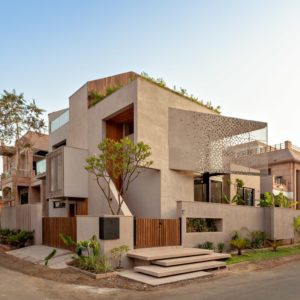