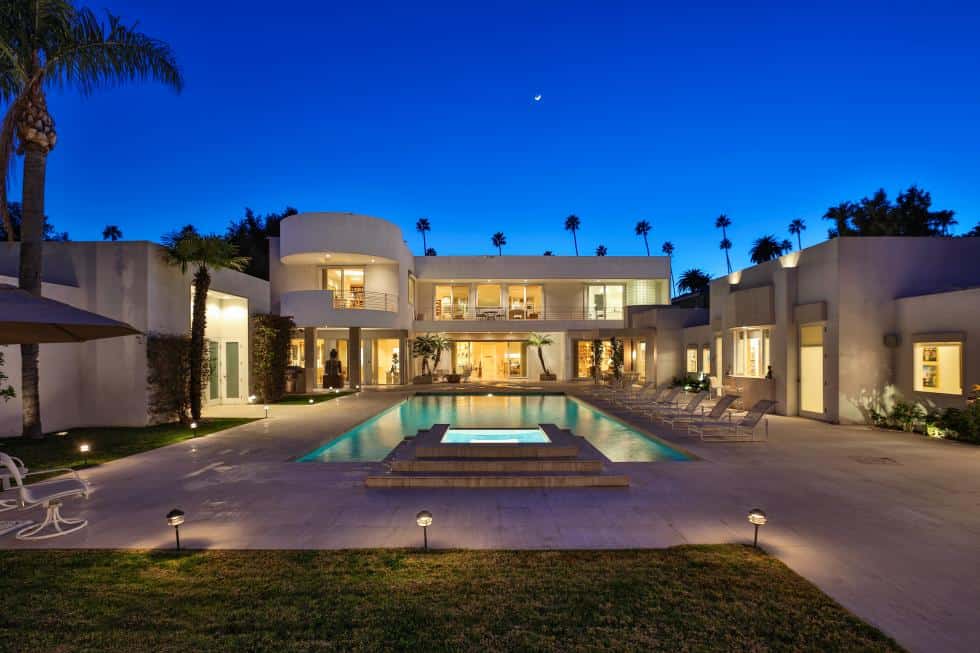 Renowned novelist Jackie Collins spent most of her career in Los Angeles. She wrote 32 novels, all of which spent some time on the New York Times bestsellers list. She was the younger sister of actress Joan Collins and died in 2015 after a long battle with breast cancer.

Her Beverly Hills mansion is on the market, listed for $24.5 million. The gorgeous home sits on a prime gated one-acre lot and comes in at 21,784 square feet. 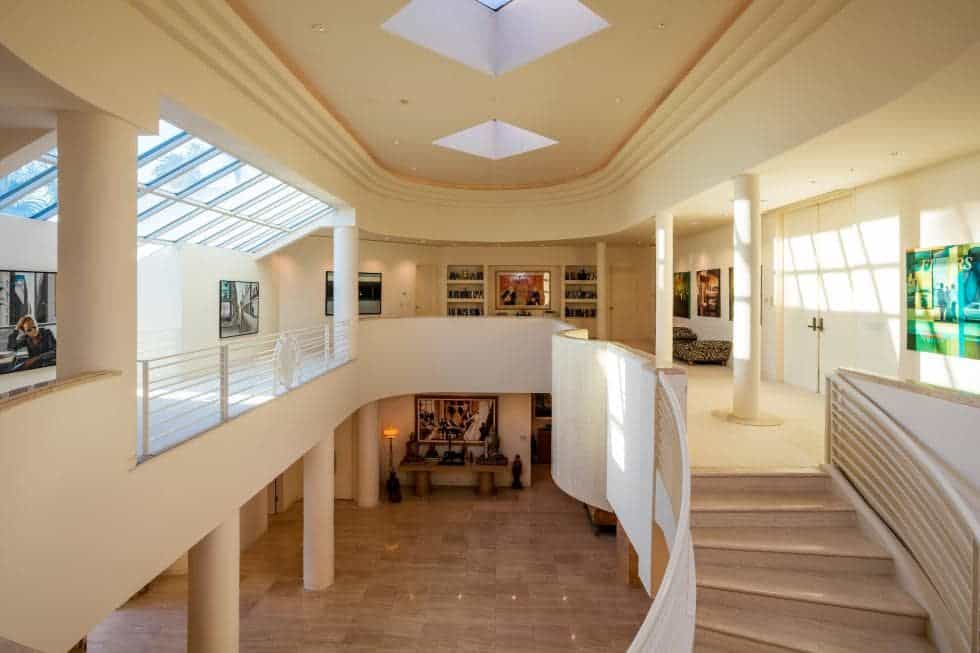 This is a view of the mansion foyer from the second level indoor balcony. The area has a tall beige ceiling with skylights that brighten the beige walls. Image courtesy of Toptenrealestatedeals.com. 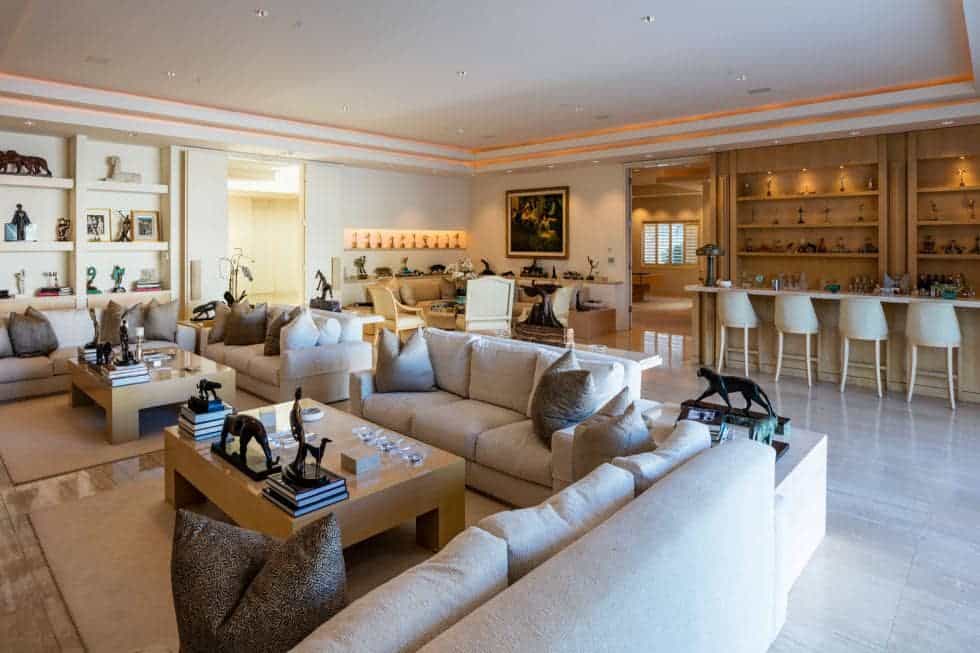 This is a close look at the living room that has a beige sofa set to pair with the wooden coffee table. These pair well with the beige walls and wide beige ceiling. Image courtesy of Toptenrealestatedeals.com. 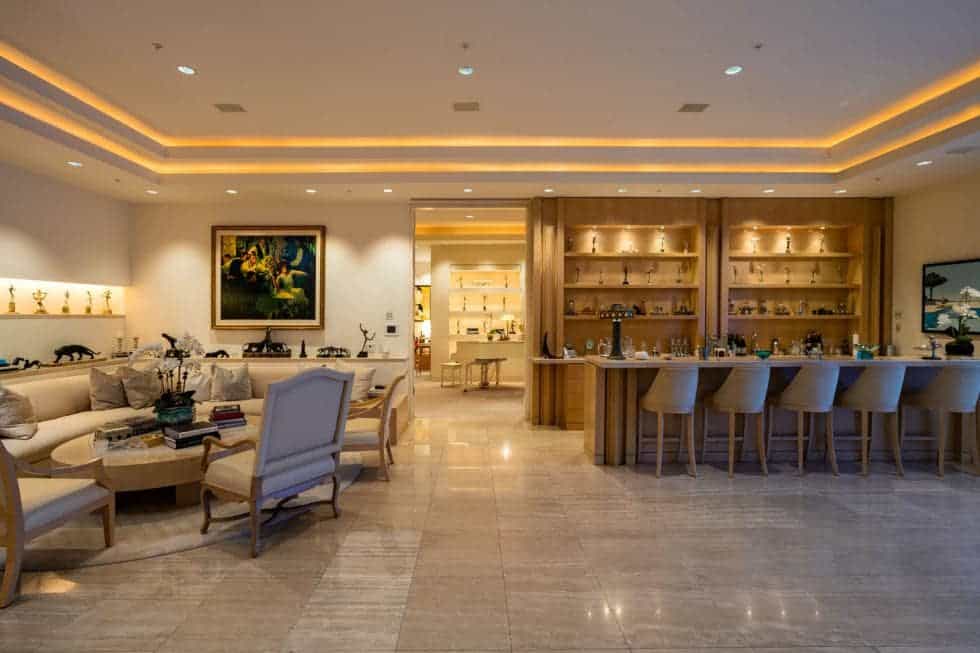 A few steps from the living room is the large bar with a comfortable nook on the side for lounging. Image courtesy of Toptenrealestatedeals.com. 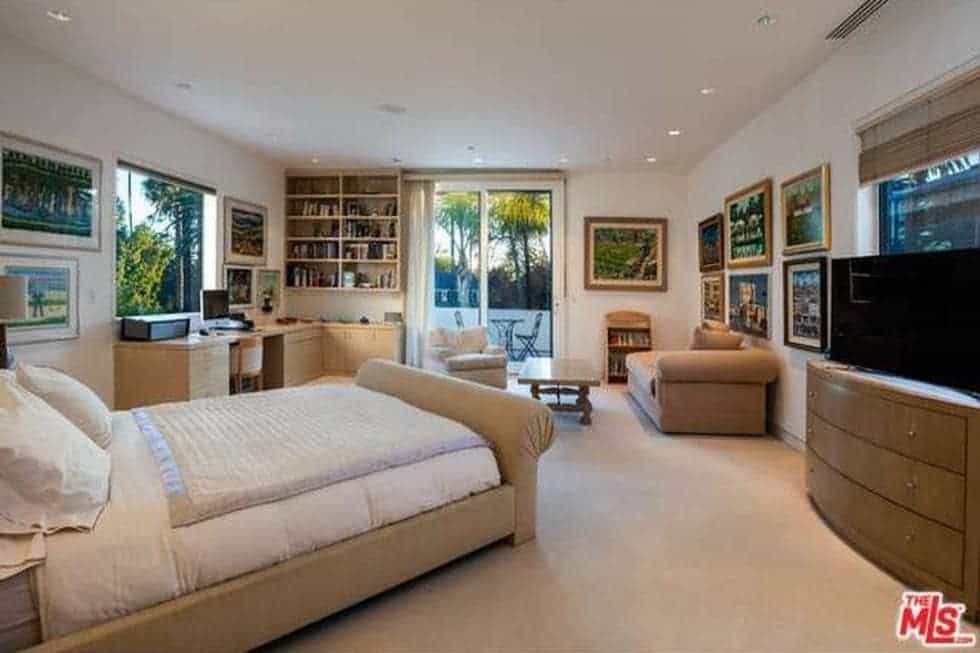 This bedroom has a gray cushioned sleigh bed with a beige tone that matches the floor, walls and ceiling. Image courtesy of Toptenrealestatedeals.com. 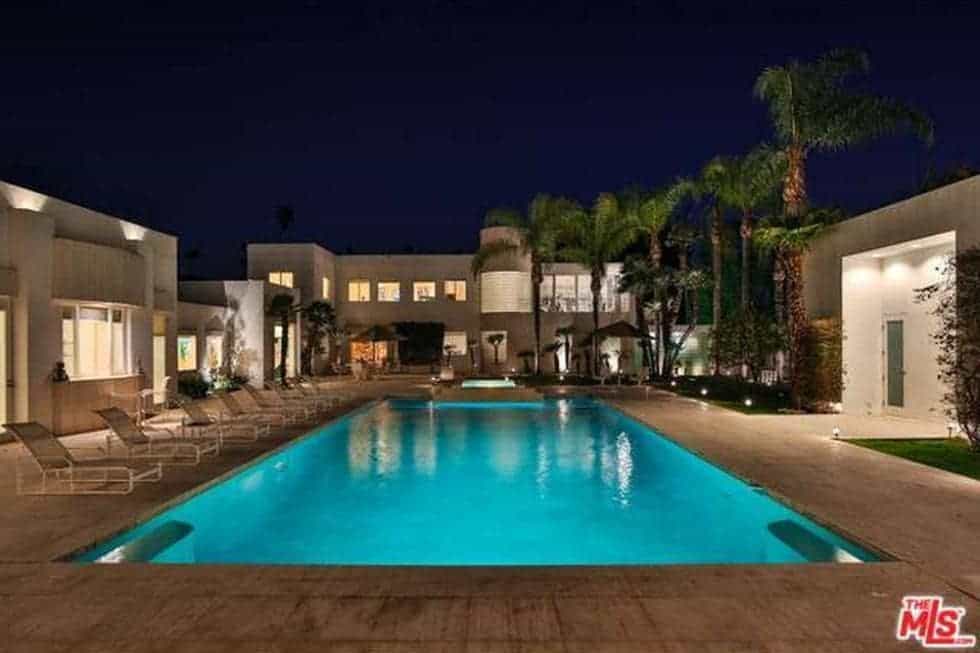 This is the large swimming pool of the mansion surrounded by beige stone walkways that match the exteriors of the house adorned by the tall trees of the landscaping. Image courtesy of Toptenrealestatedeals.com.

After a brief stint as an actress, Jackie Collins quickly shifted towards her talent with writing. She was the queen of Hollywood romance and wrote novels set behind the closed doors of Hollywood, taking readers into the nightclubs and show-business of Hollywood after dark.

Her first novel was published in 1968, and it was the first of 32 that would spend time on the New York Times bestseller list, though it was banned in some countries for its racy material. She would go on to sell 500 million copies of her novels throughout her career, several of which were made into films or television series.

Her content was unique thanks to her uncanny and unusual personal experience with Hollywood. She knew the right people in the right places and was able to convey such gossip — though fictional — as to bring her readers into the lives of celebrities in ways they otherwise had no way of knowing.

Collins’ Beverly Hills mansion was recently put on the market. It sits on a private, gated lot on just under one acre of land. The glamorous home boasts a stunning 21,784 square feet, with eight bedrooms and fifteen bathrooms.

The most prominent feature is a dramatic, two-story art gallery, which connects two additional rooms of the home. Other features include a private guest apartment, several offices, an in-home gym, a home theater, and a delectable chef’s kitchen.

The grand foyer of the home is lit with beautiful skylights and is home to an indoor balcony with a curved staircase leading to the second level. The living room flows flawlessly into a detached bar, with an additional lounge and gorgeous stone floors. Several sources of light afford this space tones ranging from romantic, to high-class, to a dim late-night scene.

The primary suite on its own is enough to turn heads. It has its own living room and office, as well as two spacious walk-in closets and his-and-her baths. The mansion is littered throughout with balconies that overlook the grounds around the home, and also afford viewers a sight of the surrounding Hollywood Hills.

A private swimming pool sits amid tall trees, surrounded by beautiful stone walkways. The home also houses a private guest apartment, as well as several other amenities. This 21,784 square-foot mansion was once home to the infamous novelist Jackie Collins, and it has recently hit the market for $24.5 million.