Little Sodbury Manor is a 3 story country manor house on 10 acres of land. The 17,385 sq ft manor has been host to Henry 8th and his queen Anne Boleyn, and William Tyndale, who created the first English bible translation. It is listed at $10.5 million. 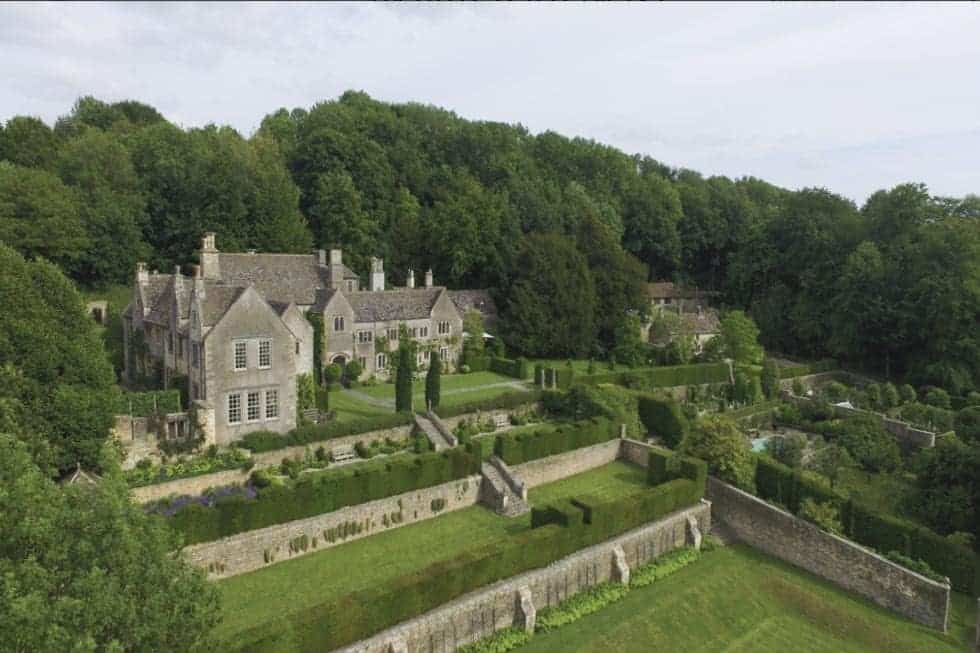 It’s a beautiful Cotswold manor house in Bristol, England. It bears the unassuming name of Little Sodbury Manor, but its size and its legend are far from small. There’s more to this manor than stone archways and beamed ceilings. It has had several famous if ill-fated, occupants. It has three stories, complete with grand staircases. It’s on the market now for $10.5 million.

The manor is 17,385 square feet and sits on 10 acres of land. It has twelve bedrooms and seven bathrooms. The formal dining hall and living room are ideal for entertaining high-status guests.

The Great Hall is one of its most notable features. It has vaulted ceilings with exposed wood beams and generous double stacked windows that provide a beautiful view of the courtyard. It has a stone chimney and flagstone floor straight from the middle ages, as well as large wrought-iron chandeliers. It’s accessed through a large arched doorway. A perfect place for royalty to make a grand entrance.

The country manor house is also equipped with cozier areas ideal for everyday living. The wood-paneled library has a marble fireplace, period paintings, and a large desk in the center of the room. The family living room has hand-carved coffered ceilings and a beautiful atmosphere.

The Famous Residents of Little Sodbury

Perhaps even more notable than the manor itself are the past residents. It served as a country getaway for Henry 8th and Anne Boleyn. Henry 8th is a former king of England, known for his six wives, many of whom suffered untimely deaths. Several of these were at his orders.

Unfortunately for Anne, she was unable to give the king the male heir she had promised him. She was ultimately beheaded due to accusations of incest and witchcraft, which were likely made up. Shortly after her death, Henry 8th married her second cousin, Jane Seymour. The two had likely been having an affair, and the king needed Anne out of the way so he could marry Jane.

The manor had another famous guest as well. William Tyndale is responsible for the first English translation of the bible. In fact, it’s believed he created the translation in the manor house itself.

It was inherited by Walsh in 1504. He added a southern wing, extended the north wing, restored the kitchen, and renovated the west hall windows. Perhaps these renovations are what made the manor fit for a king. Unfortunately, it fell into disrepair in the 19th century.

Many English manor houses were demolished because the heirs couldn’t afford the upkeep. Many others were destroyed during the World Wars due to bombing, but Sodbury Manor survived untouched.

It’s undergone several restorations. The most notable was done by Sir Harold Brakspear, who restored Windsor Castle for Queen Elizabeth the Second as well. Restorations have taken pains to keep the original look and feel of the home. Stepping inside feels like stepping into another world, full of medieval charm and mystery.