The world famous, Elvis Presley's "House of Tomorrow" is up for sale. The asking price is 5.9 million. This mid-century modern wonder is located in Palm Springs, California. We all know it due to its Elvis Presley mystique. This was the first house he shared with young bride, Priscilla Presley. 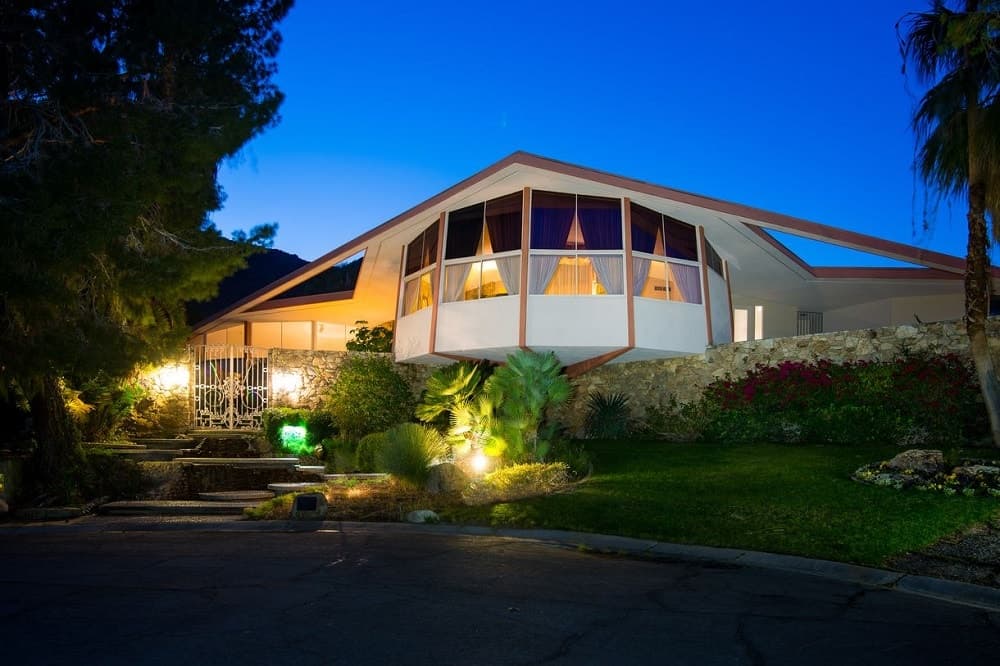 In 1966 Elvis Presley and his new bride leased this futuristic home as their first marital dwelling. Today, it is on the market for $5.9 million.

Though the famous celebrity couple leased the home for $21,000 back in the 60s for one year, it has always been known as their honeymoon hideaway. Undoubtedly, many people have lived in the home since that time. Currently, it is being sold. 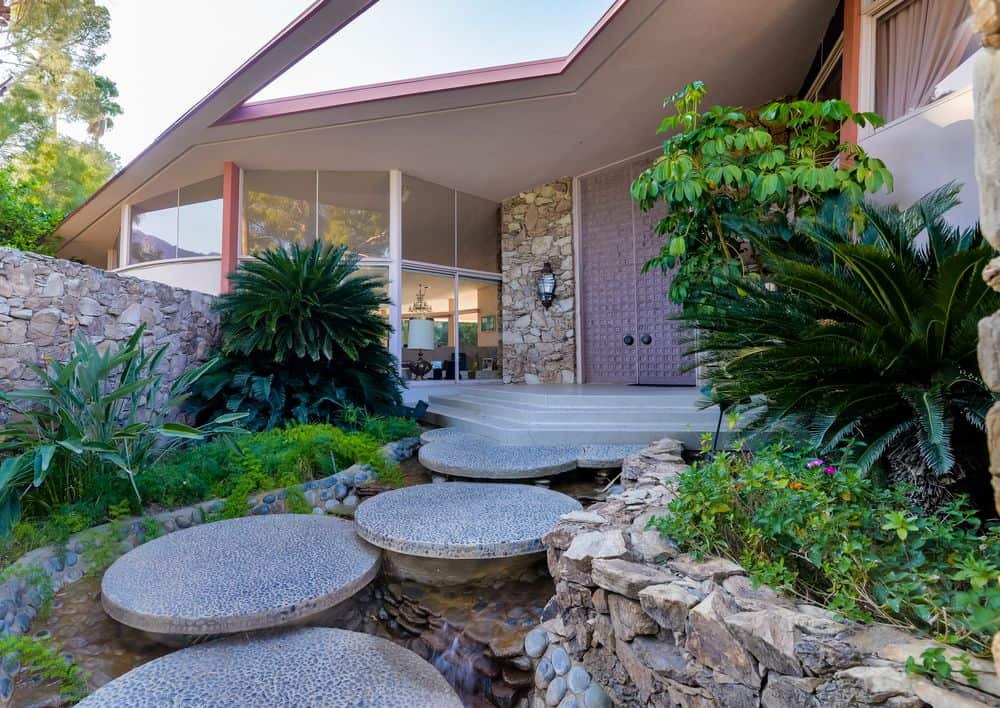 This is the main entry of the lovely house with stone steps over a water landscaping leading to the wooden main door flanked by tall glass walls. Images courtesy of Toptenrealestatedeals.com. 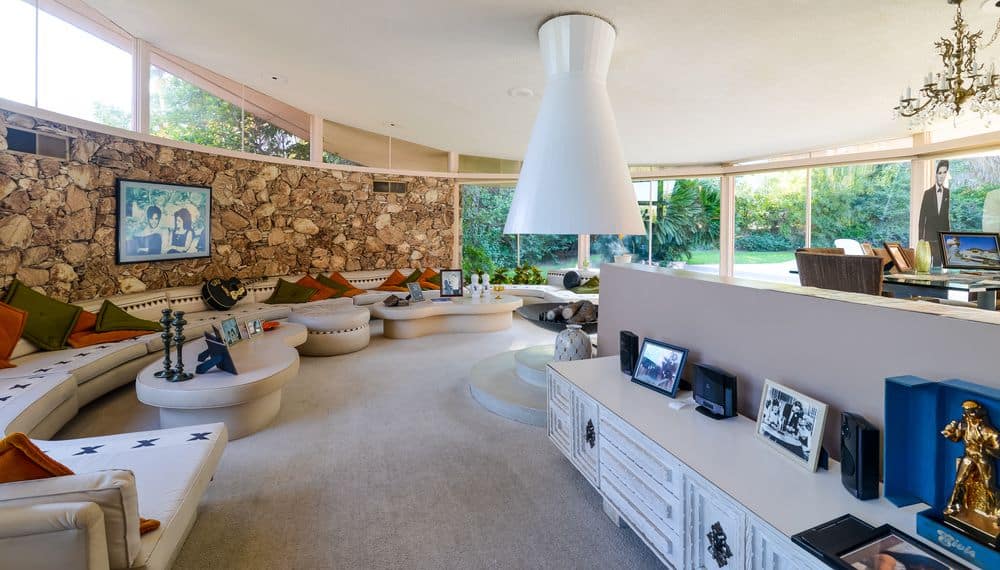 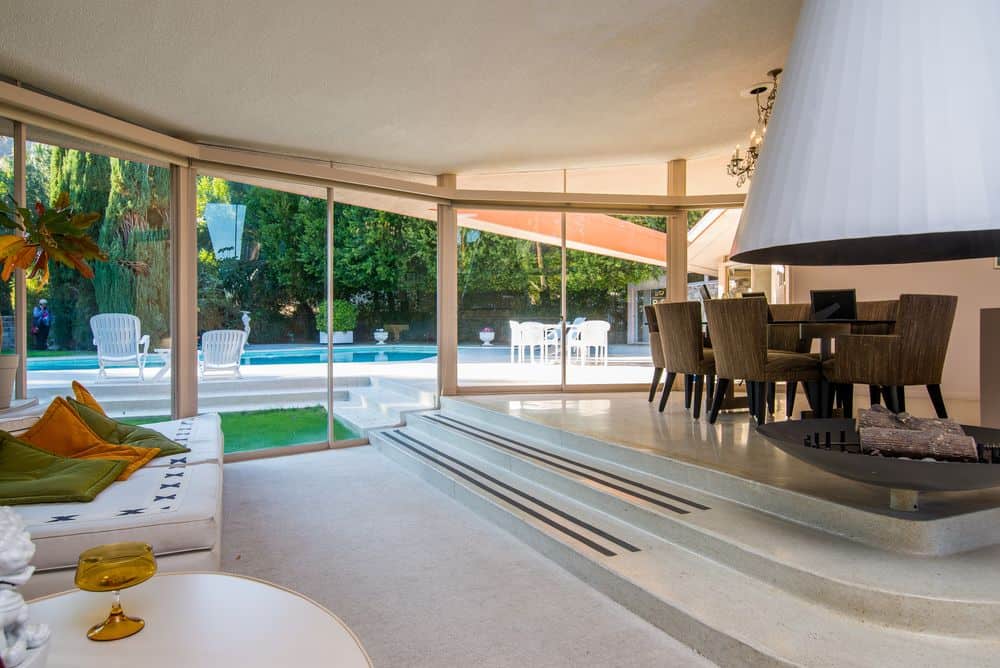 Next to the living room is the dining area on a raised section of the circular great room with a brown wooden dining set beside the large circular fireplace in the middle of the large room. Images courtesy of Toptenrealestatedeals.com. 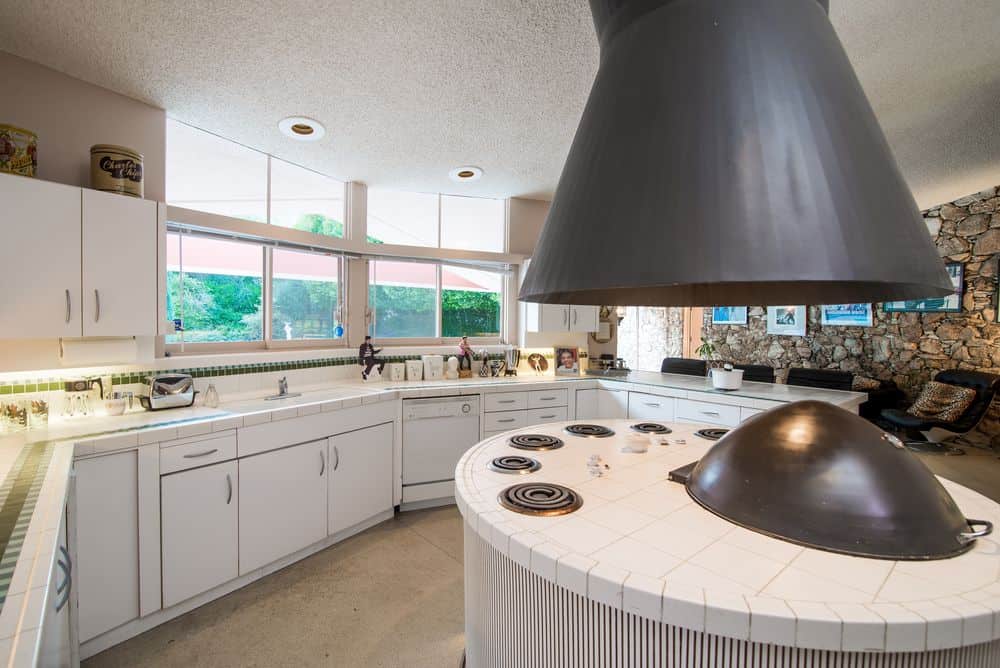 This is the gorgeous kitchen with a large circular kitchen island in the middle that houses the cooking area topped with a large dark brown vent hood that stands out against the bright elements of the room like the ceiling and surrounding cabinetry that are illuminated by the row of seamless glass walls. Images courtesy of Toptenrealestatedeals.com. 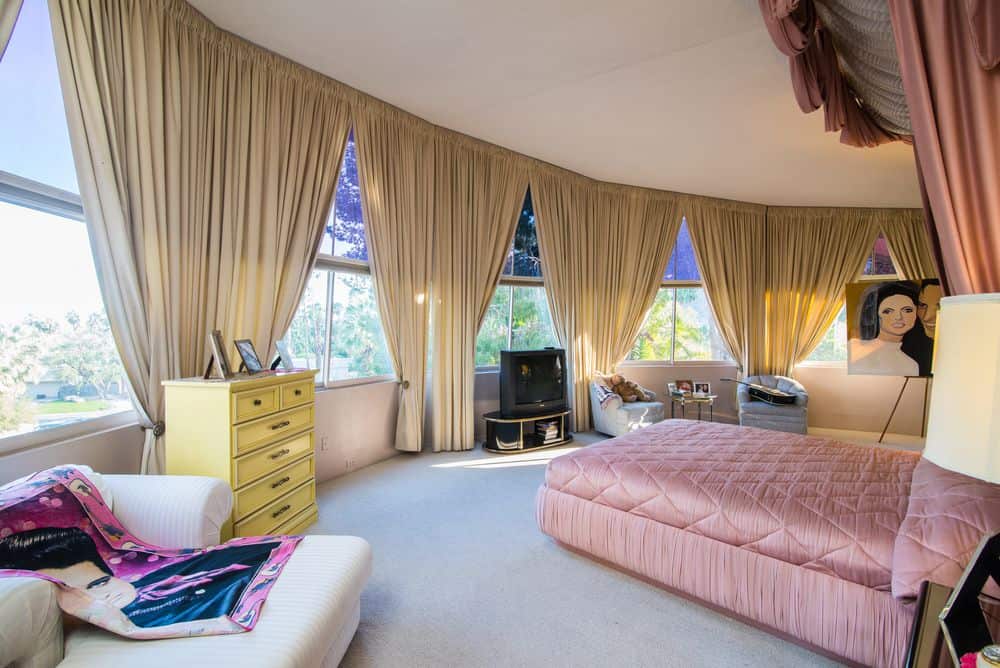 This is the primary bedroom with its spacious and bright round room surrounded by surved glass walls fitted with curtains for privacy. In the middle sits the large platform bed with sittings areas on the sides by the glass walls. Images courtesy of Toptenrealestatedeals.com. 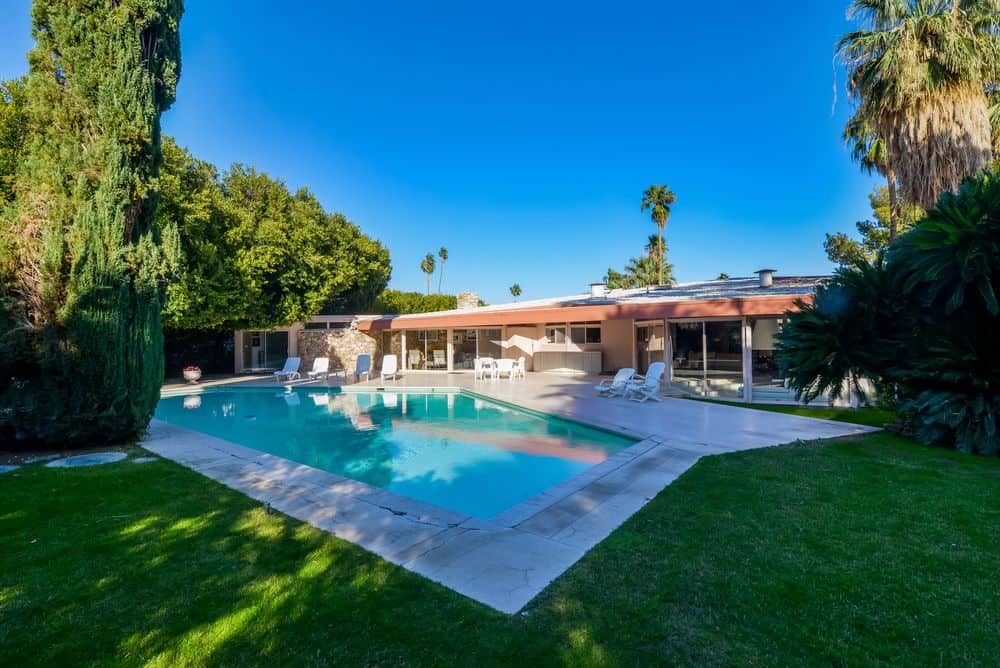 This is the view of the house from the back showing its open walls that welcome in natural lights and opens the interiors to the outdoor areas complemented by a large swimming pool surrounded by lush green lawns of grass and tall trees. Images courtesy of Toptenrealestatedeals.com.

This home is genuinely unique. It was designed by the modernist architect, William Krisel. It was also featured in a 1962 edition of Look magazine. Touted as the “House of Tomorrow” it was featured as a shining example of modern architecture. What makes it so? The 5000 square-foot house is built in-the-round. It is a three-level dwelling with four circular living areas.

One curved wall of the abode features peanut-brittle stonework. Rounding out the theme is a round kitchen island along with a round free-standing fireplace in the middle of one of the circular living rooms. The “House of the Future” has five bedrooms along with five bathrooms.

The mid-century modern house is situated on 1.16 acres of land. There is a private garden, tennis court, and an orchard. If you feel like getting wet and wild there is a swimming pool on the grounds as well.

Can you imagine walking through the spacious 5000 square feet and reminiscing about the King of Rock ‘n’ Roll? I love the idea of houses in-the-round. Just the look of it is out of the ordinary and spectacular. When you look out of the window of this home you can see the Santa Rosa Mountains as well as the Coachella Valley.

Elvis Presley was the self-proclaimed King of Rock ‘n’ Roll due to his prestige as the best selling solo music artist of all time. In addition to selling millions of records, he was also a Hollywood actor who starred in more than 20 films. Since 1956, Elvis Presley has released more than 20 studio albums and several soundtrack albums. His mystique lives on the way past his physical life. Though there was much controversy in his personal and professional life, he is the undisputed King of Rock ‘n’ Roll.