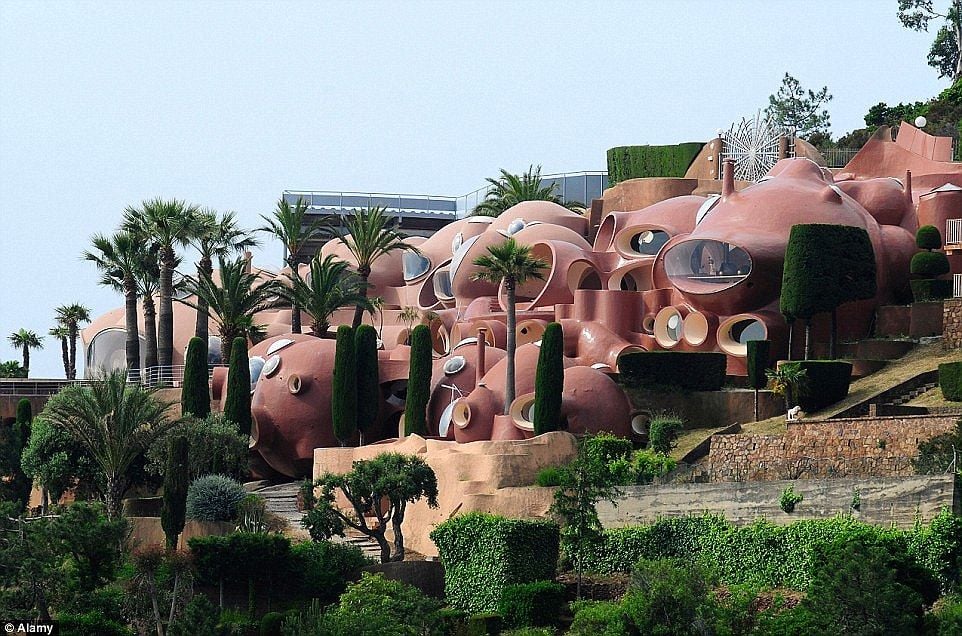 The home of fashion designer Pierre Cardin is likely the strangest we’ve ever seen. Like the set of a sci-fi movie, it defies categorization. Like some of his fashion designs, the home appears to be made more for effect than for function. And the effect, you’ll find, is quite dramatic.

Sometimes mistaken for the Canadian Minister of Transport, the Pierre Cardin we are concerned about is an Italian born fashion designer. He is known for his “space-age” designs and other avant-garde flourishes in his work. One particular flourish that interests us is his otherworldly, European “Bubble Palace.”

Like the set in a science fiction movie or a strange city in a Lovecraftian video game, the Bubble Palace is made of coral colored, rounded structures with rounded windows and rotund extrusions all over them. At a glance, there appear to be roughly 30 such structures all crammed into the space of about a thousand square yards. The home is now on sale for $392 million.

The total structure was designed by architect Antti Lovag. Construction lasted 14 years from 1975 to 1989. No one knows exactly how much square footage the building/s contain. The exact number, it seems, has been deliberately obfuscated as the designer and Cardin felt it would detract from the effect of the design- which is stupefying, to say the least.

Inside, spaces defy definition with the exception of rooms where specific types of appliances and utilities are found. In, what we might as well call a living room, one feels as if one has fallen into a giant piece of bubble gum. The walls are pink and made completely out of wildly rounded surfaces. Strange port holes exist between rooms, and a bizarre statue seems to be holding up a pink bubble that is coming down out of the ceiling.

The furniture looks as if it is made from layers of stratified rock that has somehow been molded into the shape of couches, chairs, a bench, and some sort of giant bagel.

The floor is all glossed wood, made from an irregular patchwork. The engineers probably had to be creative making the hardwood flooring fit into these irregular spaces.

In an adjoining room, we find a circular row of genuine couches. A round, glass table stands in the center, making the purpose of this room clearer than that of the last. Raised sections of wood flooring appear to serve as tables, and/or display areas for the unusual art that is just about everywhere.

At some point in a tour, visitors may find what appears to be an office inside a hollow bubble, just large enough to contain a desk. Behind the desk, a shelf is cut into the pink substance that makes up most of the structure.

In what must be some kind of bedroom, a round, blue bed stands off to one side. The room is more spaceship-like with white walls and somewhat more regular design. The bathroom is “space-like” in a similar way.

Making our way outdoors, we find a round, bubbling pool in a deck overlooking the ocean. 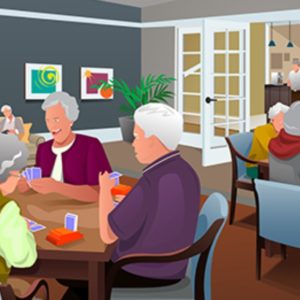 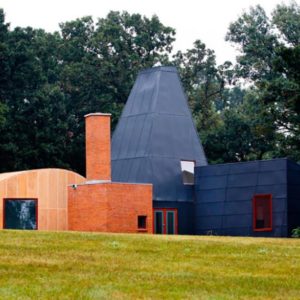