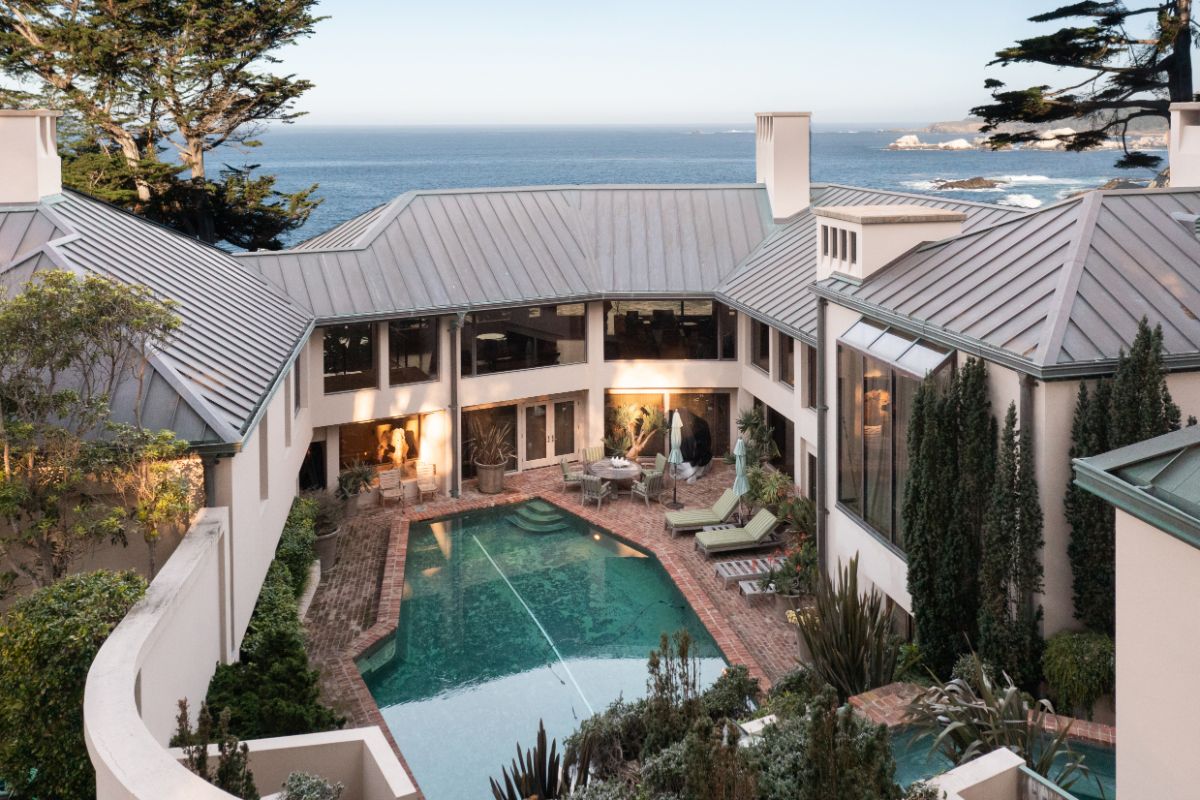 Easy to understand why people are drawn to Carmel, California with its laid-back vibe and staggering views. Over the years, the town has also attracted Hollywood producers who chose it as the backdrop for the films A Summer Place, Play Misty for Me and the original The Parent Trap.

More recently, it was the setting for the award-winning, two-season HBO series Big Little Lies with Reese Witherspoon and Nicole Kidman.

The popular house has changed hands over the years, including a few years owned by aviator Steve Follett, with the current owner investing millions into its floor plan, décor and livability. Now for sale, it is priced at $29.625 million. 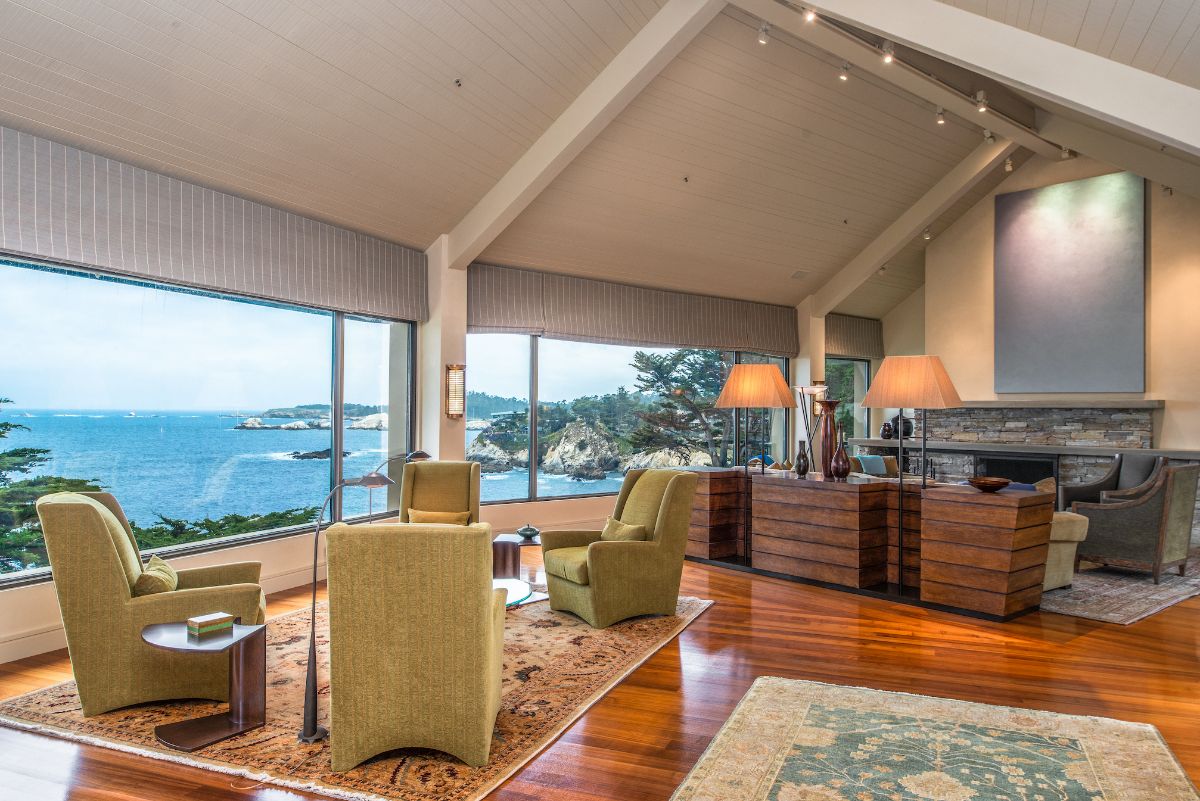 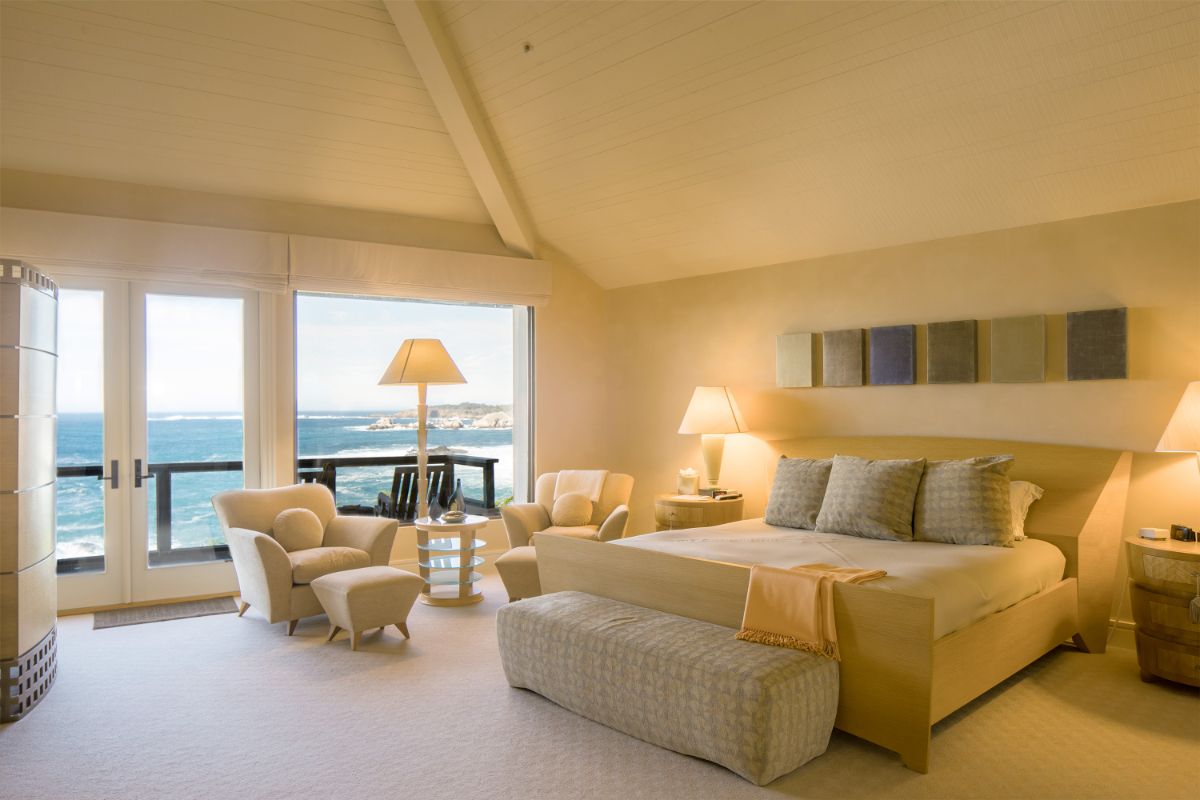 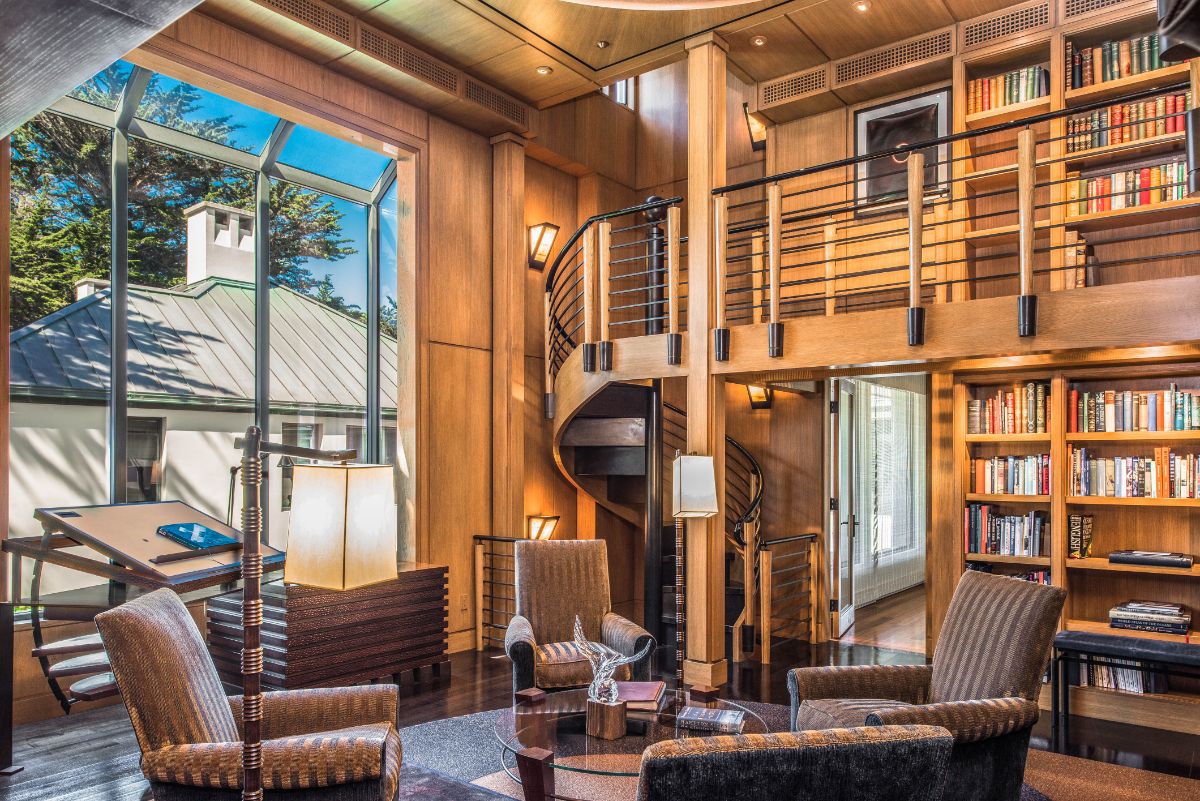 A two-story library with library stairs that is a great place to get lost in a good book on wooden shelves. Image courtesy of Toptenrealestatedeals.com 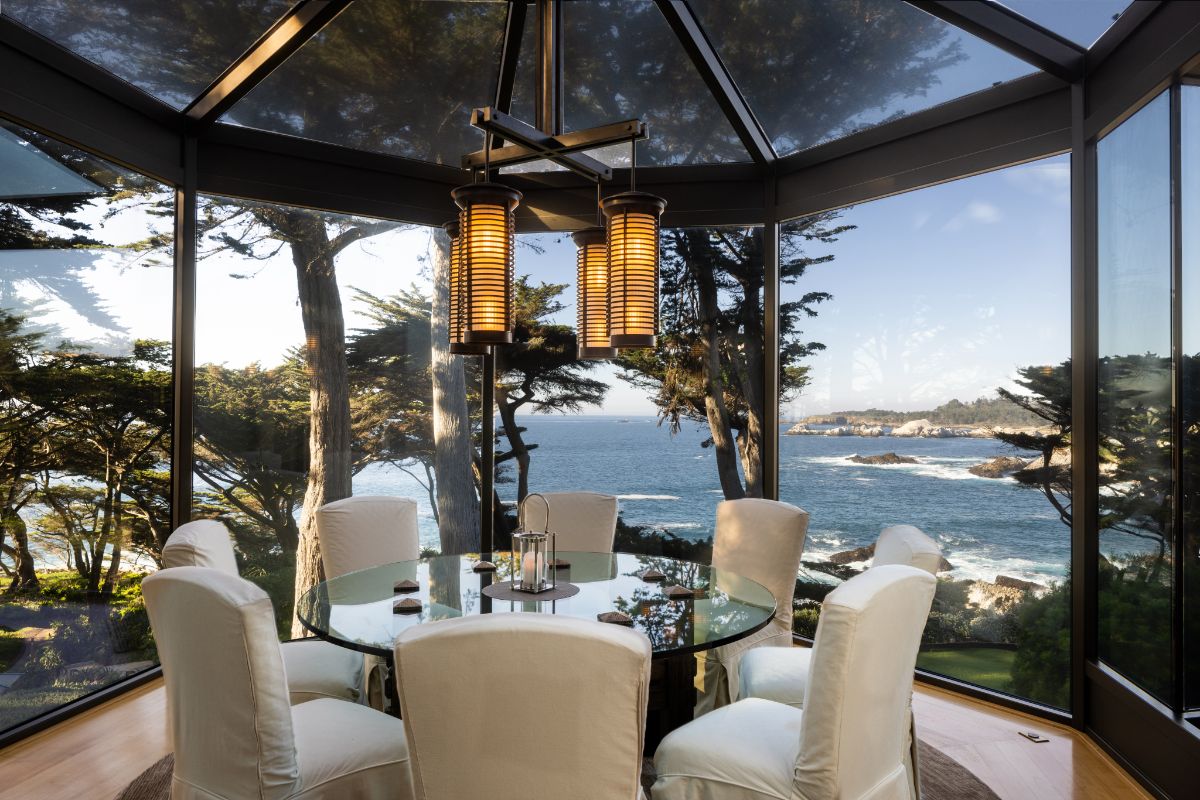 The glass-enclosed spindrift nook with an eight-seater glass round table and breathtaking Pacific Ocean and coastal views. Image courtesy of Toptenrealestatedeals.com 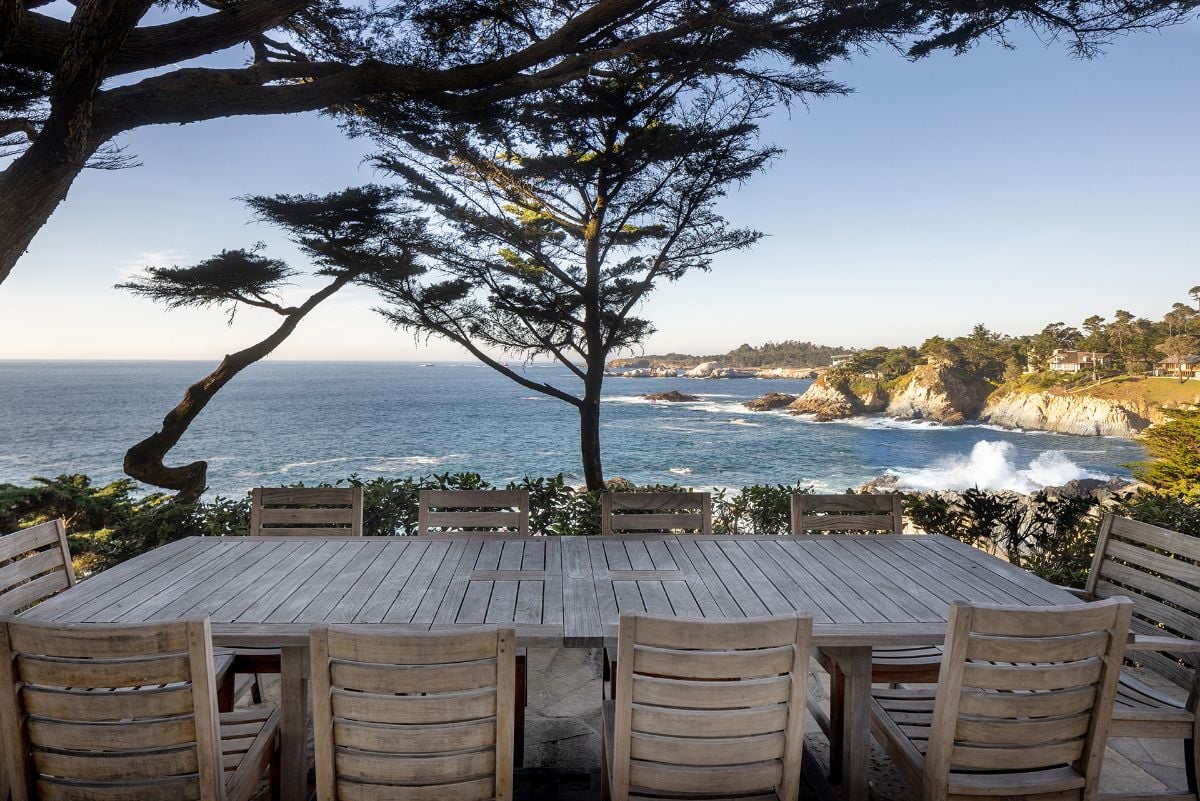 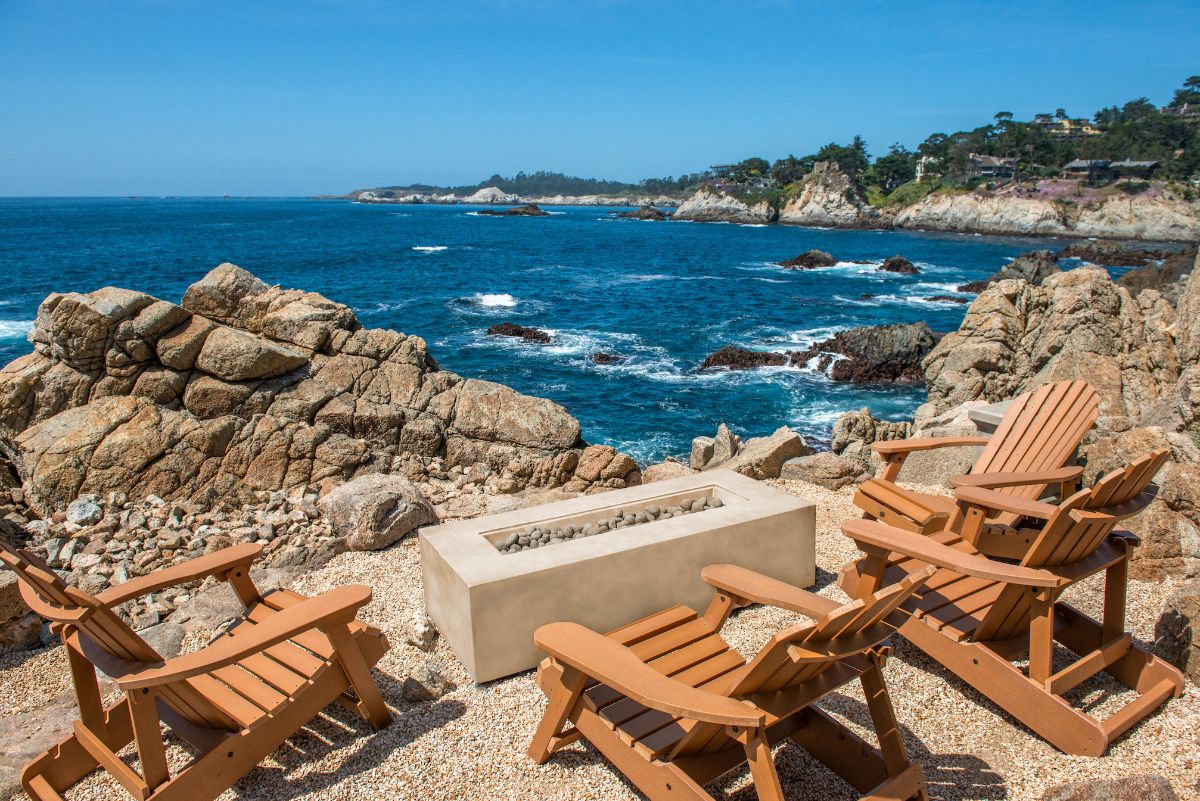 Gather around the oceanfront firepit surrounded by natural rock with a view of the bluish Pacific Ocean and enjoy the soothing sea breeze. Image courtesy of Toptenrealestatedeals.com 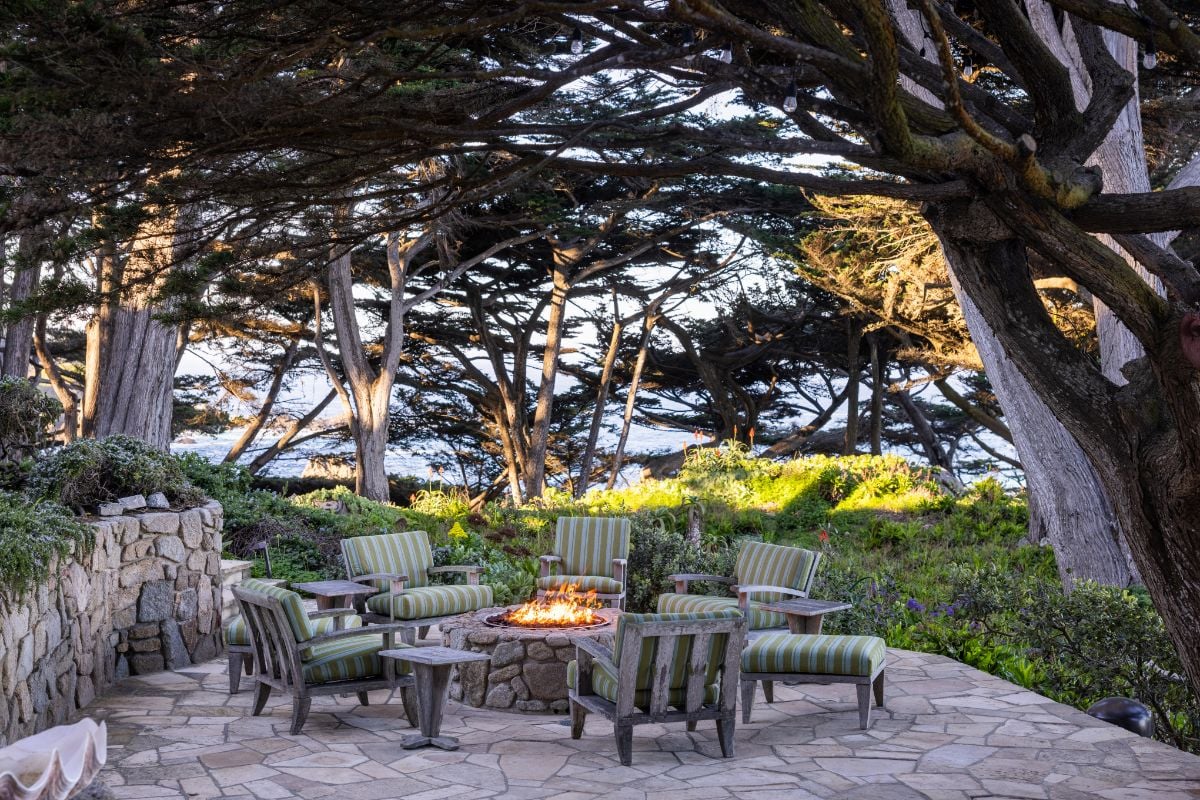 A great place to gather around the spindrift firepit in a lushly planted setting with overhanging tree branches. Image courtesy of Toptenrealestatedeals.com 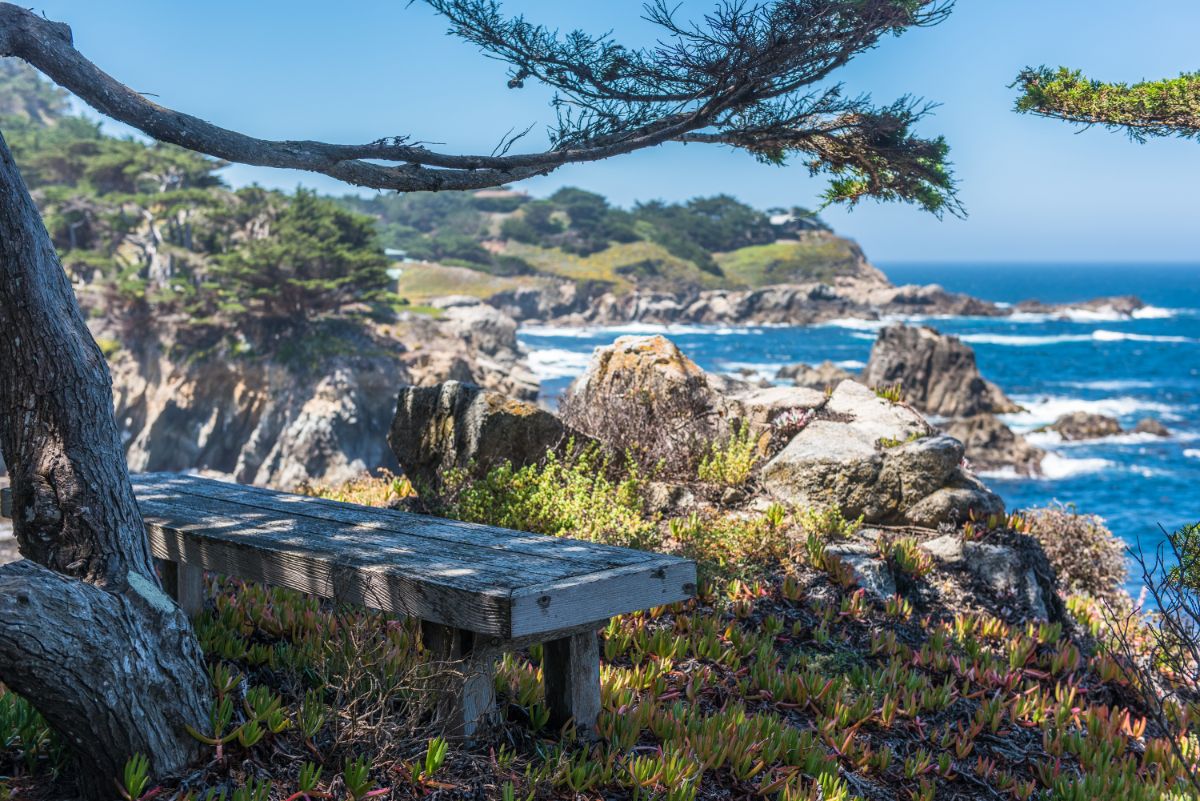 Finding a few quiet moments at the edge of a cliff of an exterior bench in the shade of a tree and natural rock formations is perfect. Image courtesy of Toptenrealestatedeals.com

The exterior back with trees shade lush groundcovers. Image courtesy of Toptenrealestatedeals.com 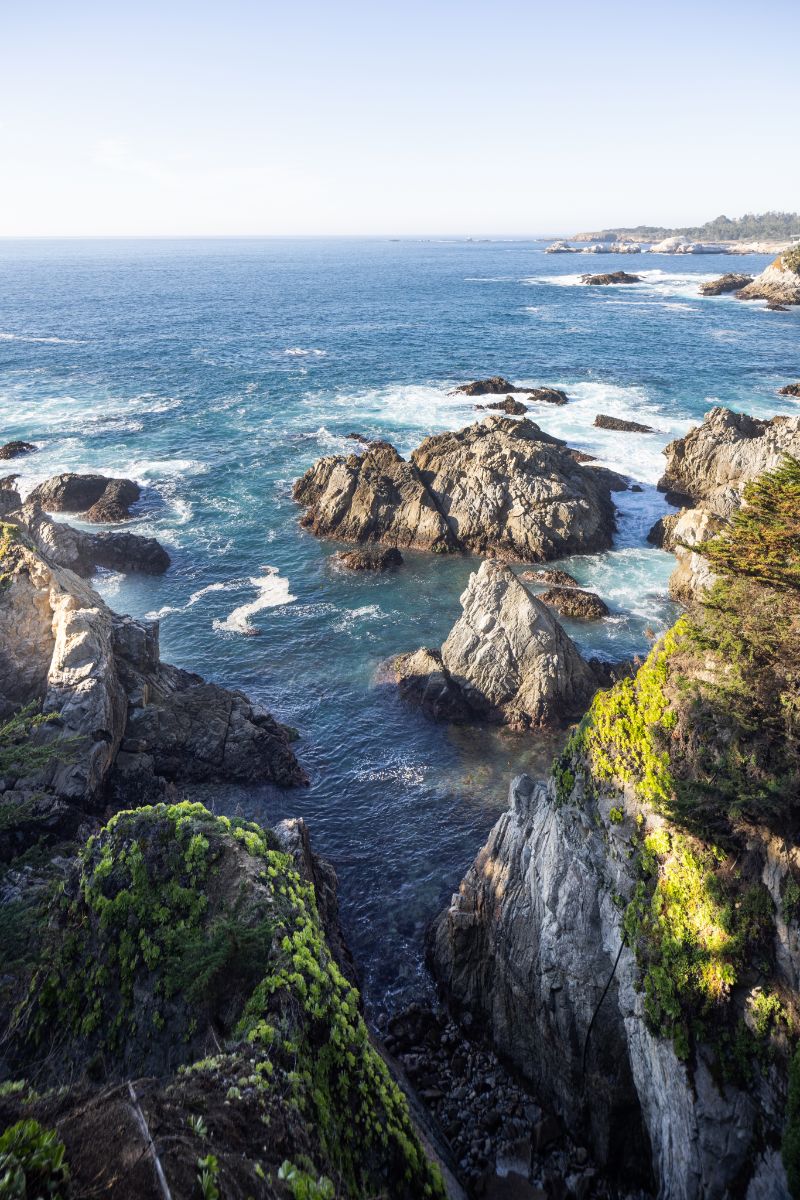 The spectacular view of the spindrift and sea breeze, as well as the natural rock formation. Image courtesy of Toptenrealestatedeals.com

The 12,000-square-foot residence with five bedrooms, nine baths, 12 fireplaces and two kitchens is sited on over two acres of lushly planted grounds with a pool, spa and grotto hidden away among tropical foliage.

The house contains a two-story library, gourmet main kitchen with glass-walled breakfast area, a second kitchen, and a gym and sauna. Glass walls provide breathtaking Pacific Ocean and coastal views that are bound to distract from the conversation or meal so graciously served.

No longer the beach house shown in older films, the restoration has clearly taken the house into the 21st century.

Things get even better outside the home with its thickly planted grounds, overhung by windswept pines that take on the unique coastal shape providing a shady oasis. There is a greenhouse and various levels of terraces that meander down closer to the water.

One is for outdoor dining, another for a conversational firepit and another, just to sit, listen and observe the ocean. Further still is a very private hot tub surrounded by a natural rock wall facing the ocean.

The property holds charming surprises around every corner such as the swimming pool inside the open atrium of the house where it is protected from the wind.

Carmel is that wonderfully quirky, artsy town that has always drawn celebrities. It has seen Clint Eastwood as its mayor and is a town that spells freedom for dogs, due mainly to the diligent work of Doris Day, where the canines are allowed on the beach and in many restaurants.

It also has unique laws, including no high heels for women without a permit, should they cause a fall on the uneven pavement.

The listing agent is Jonathan Spenser of Compass, Carmel, California.