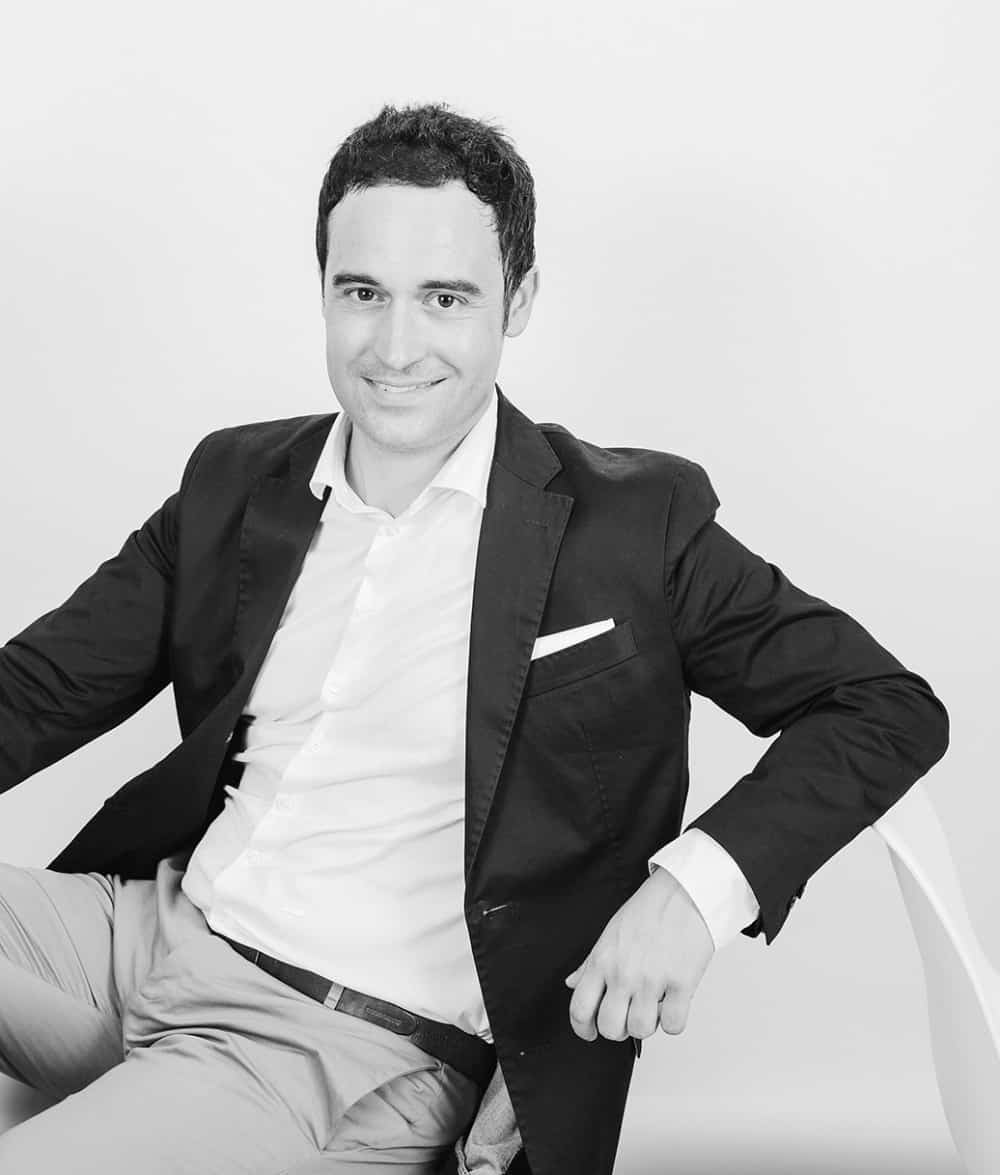 Guillem Carrera, Tarragona (1979), architect, studies at the Technical School of Architecture of Barcelona of the Polytechnic University of Catalonia, where he is licensed in 2004.

In 2005, he opened an architecture, landscape design, interior design, restoration and rehabilitation studio.

His achievements have been published in industry journals, architecture books and specialized web platforms.

“The possibility of participating in two very important aspects of society, such as architecture and urban planning, and in extension, the conception of buildings, spaces or living environments in a respectful way with the places and the environment that surrounds them, And the benefits that these can bring to people, are my motivation as an architect. ” 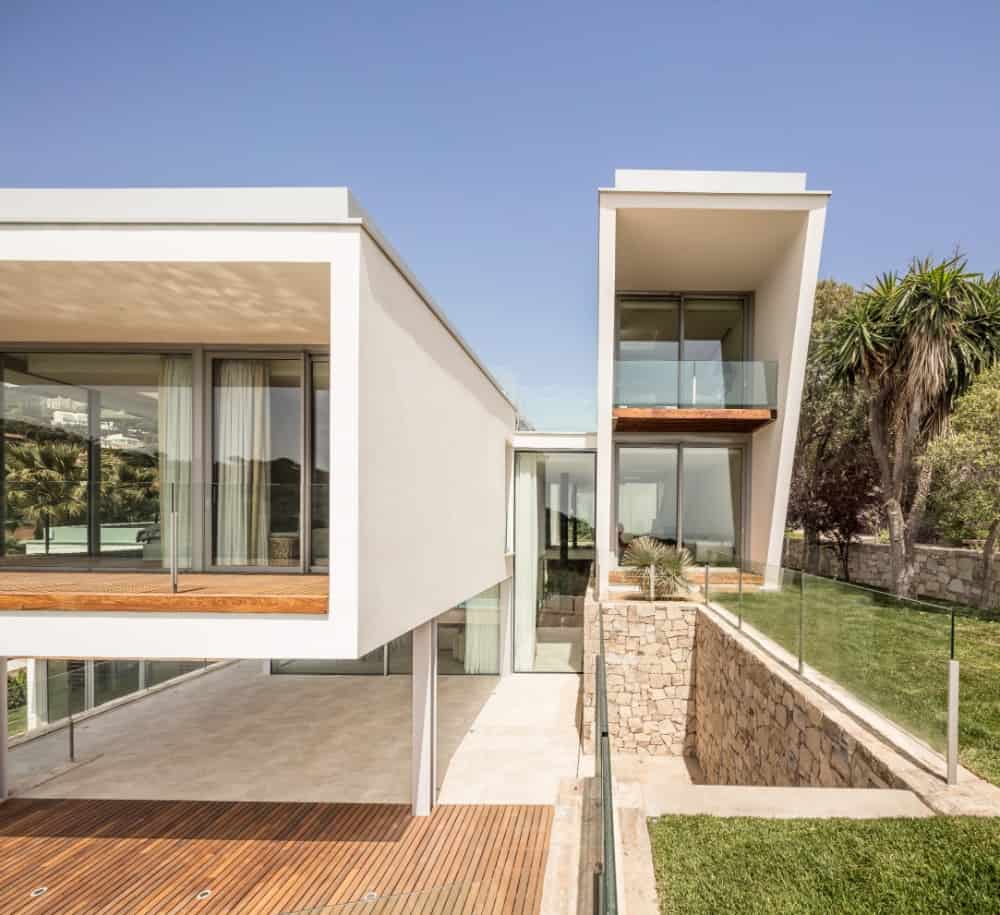 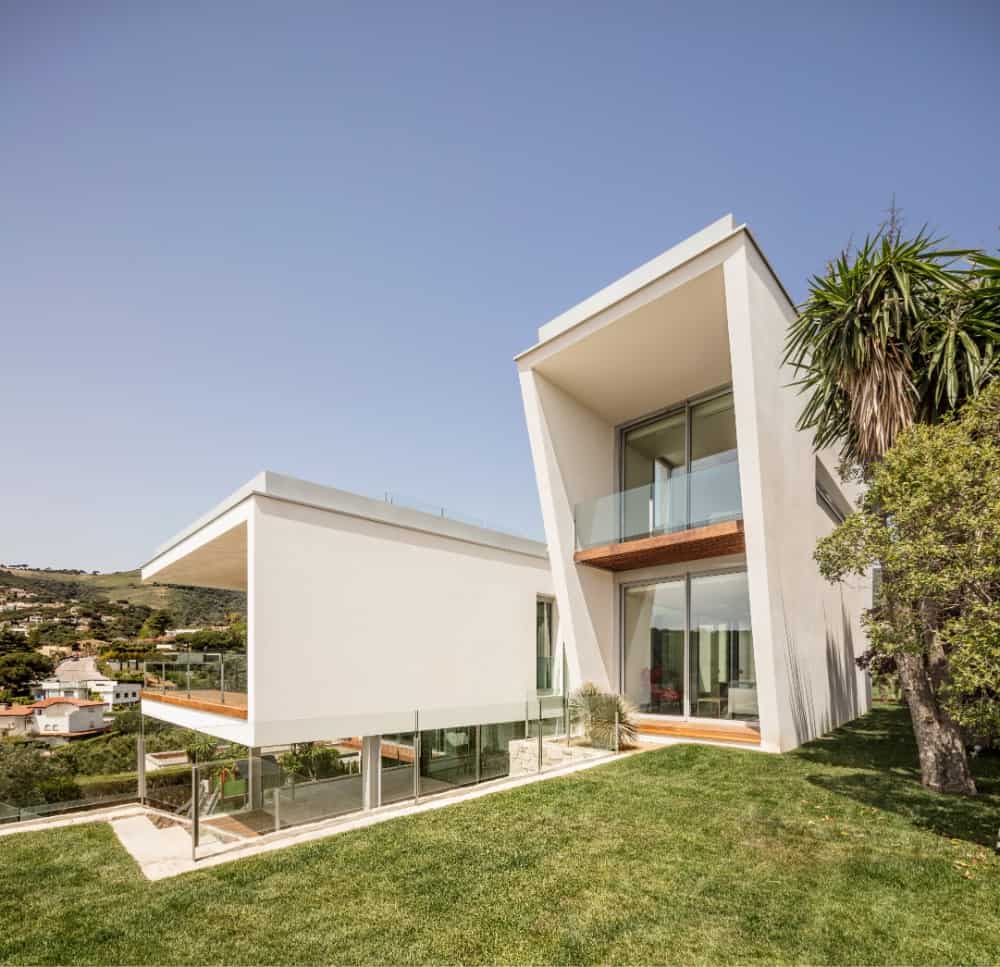 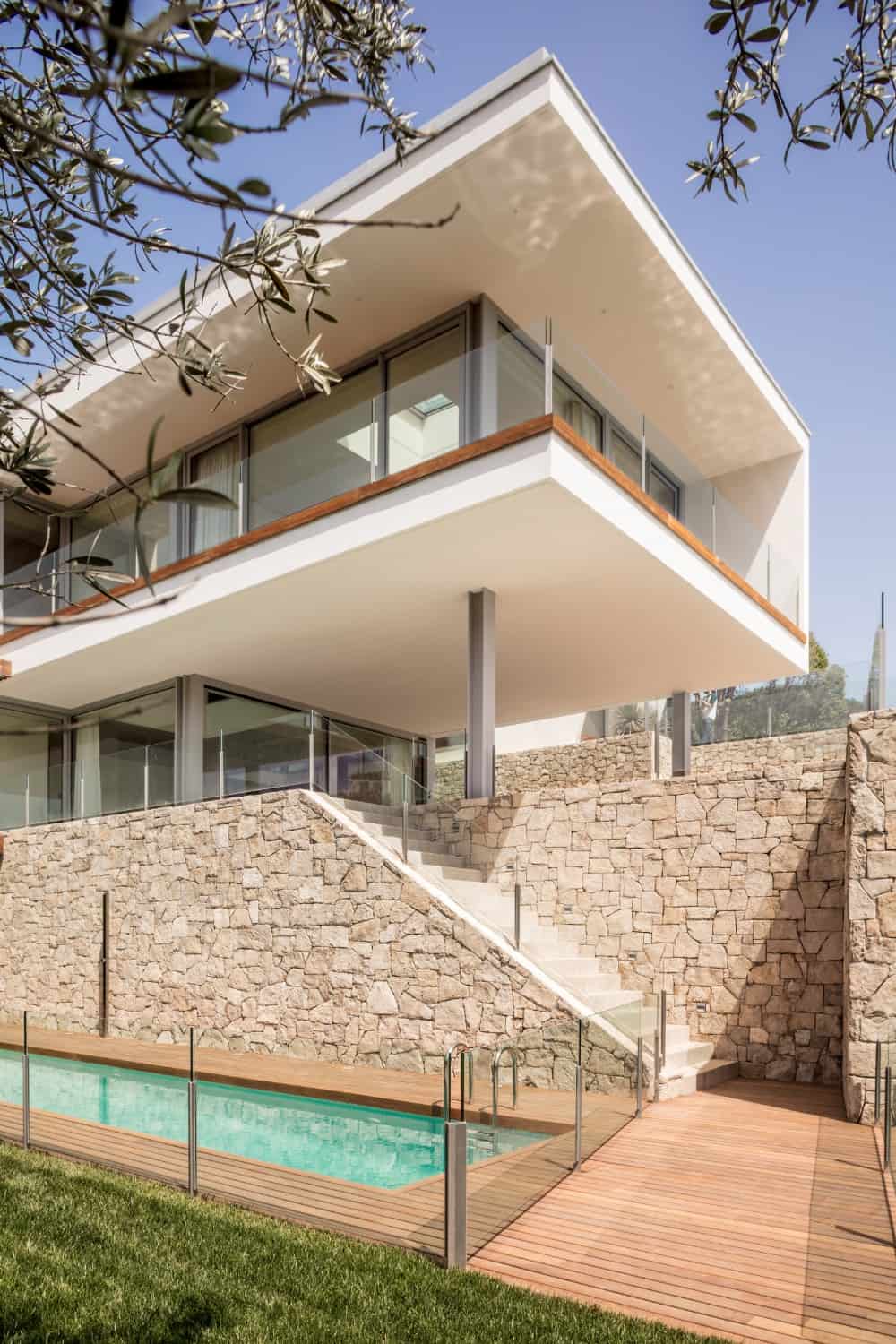 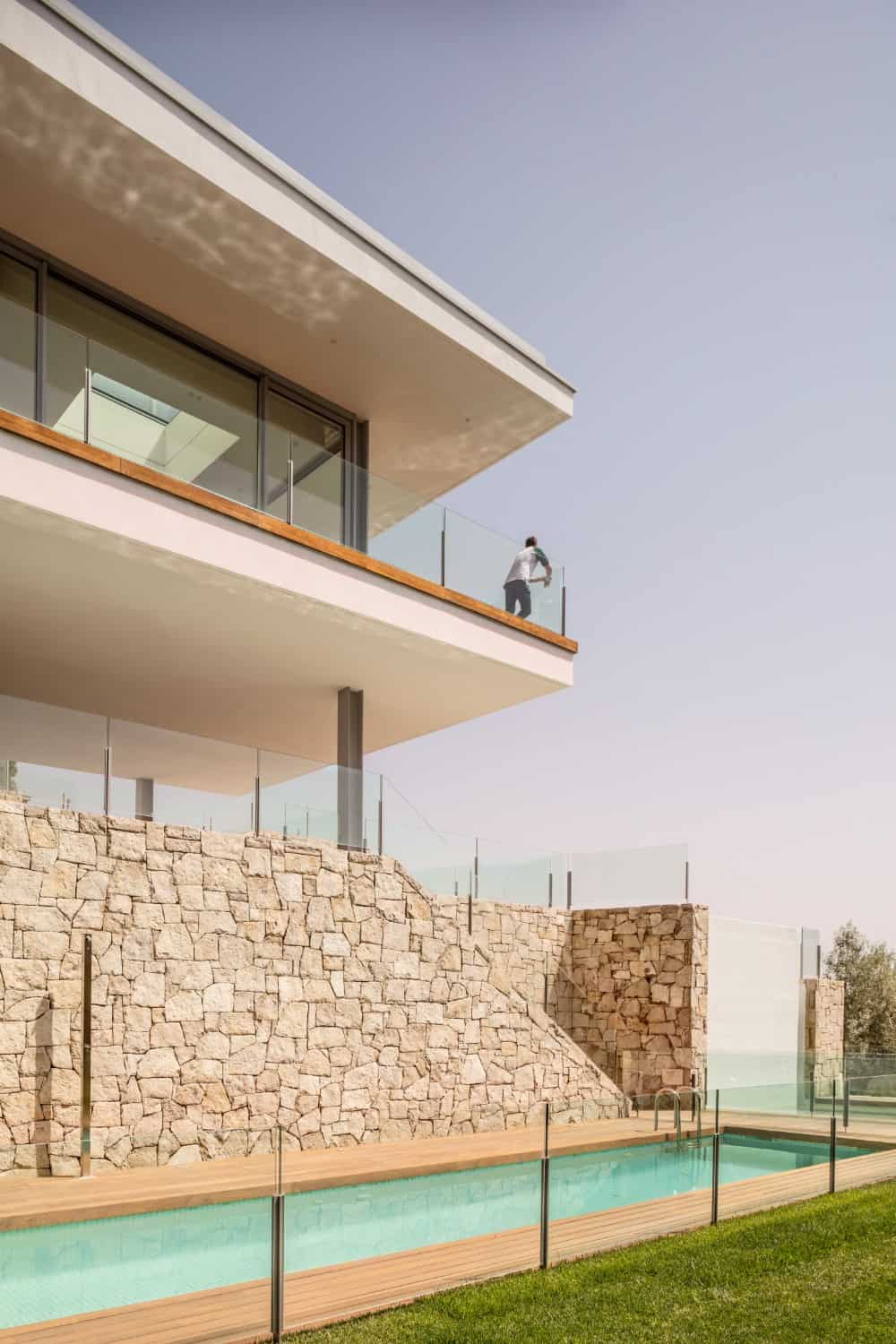 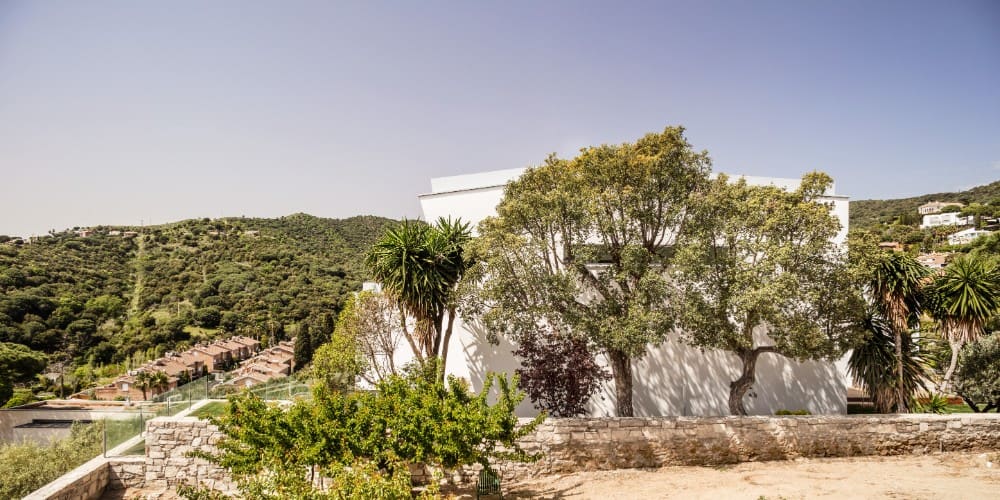 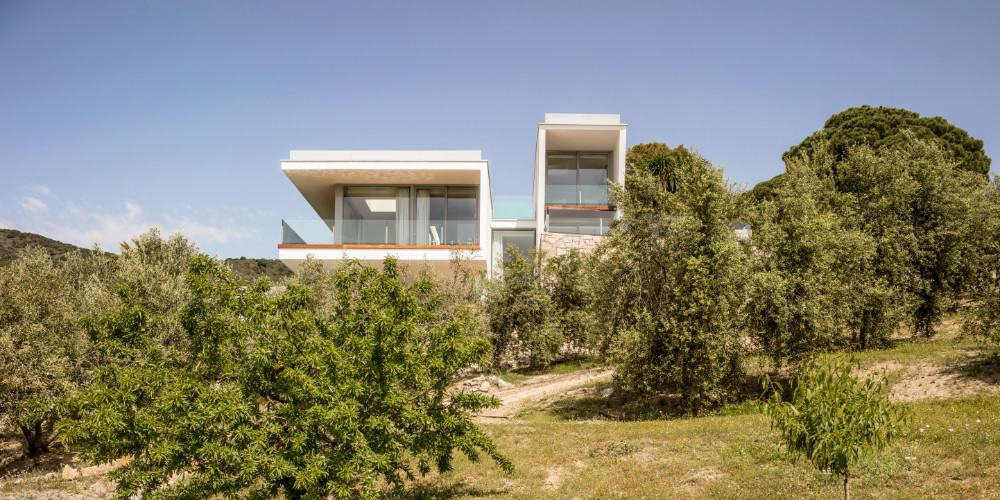 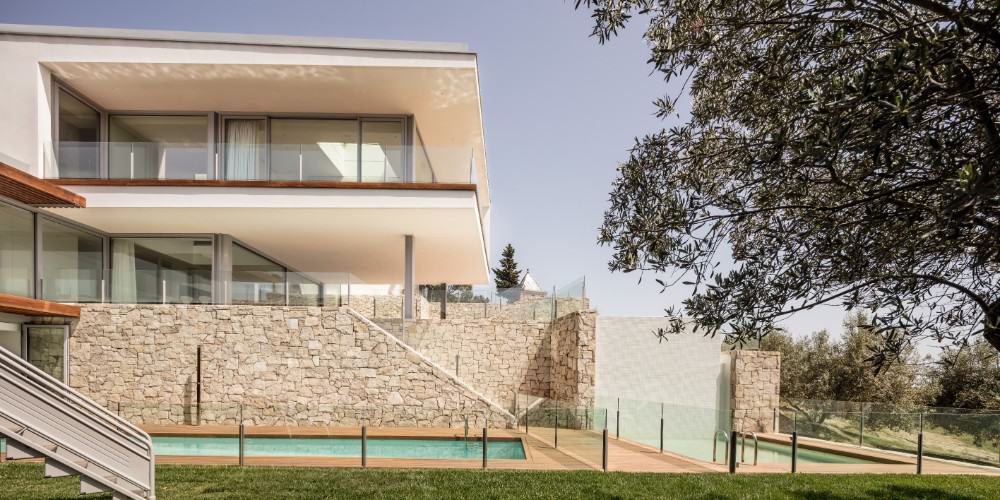 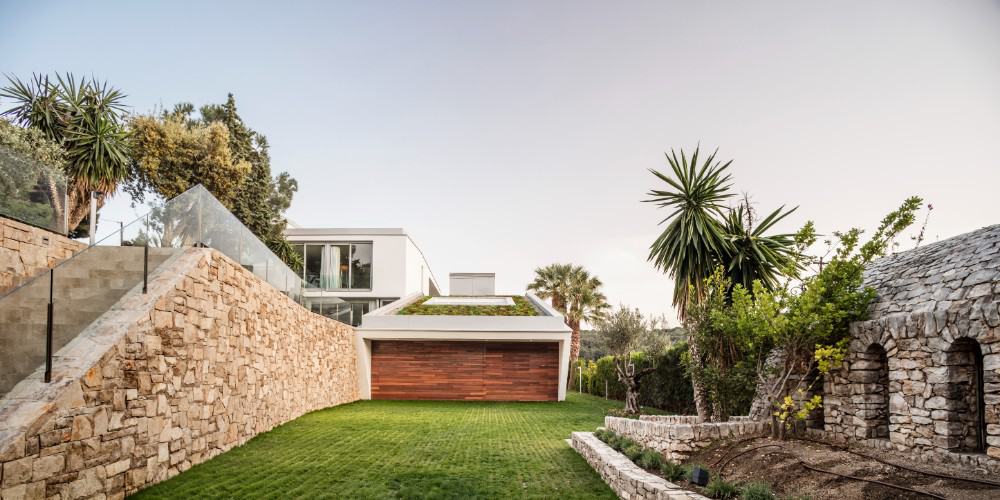 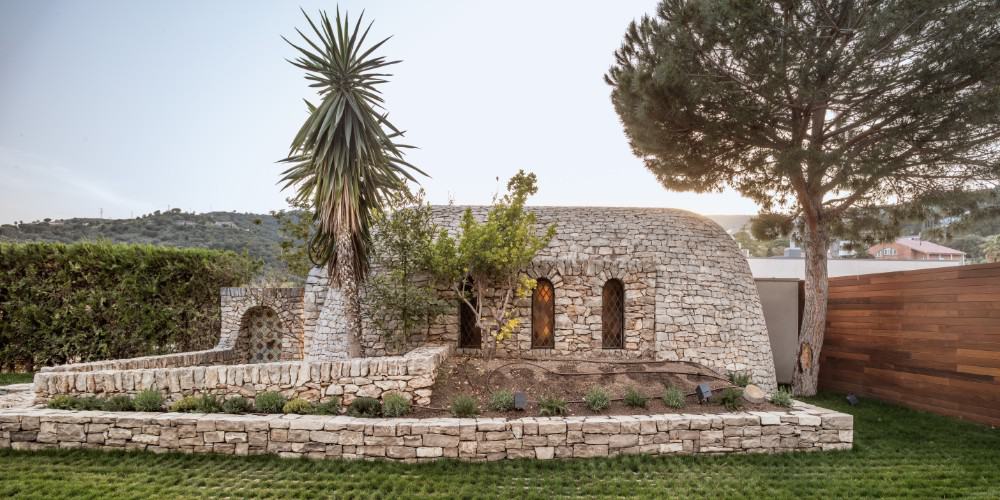 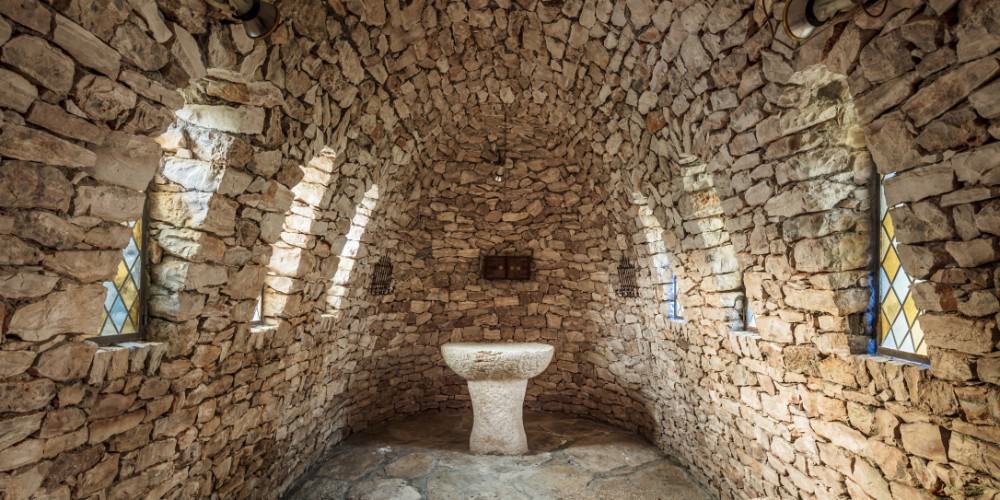 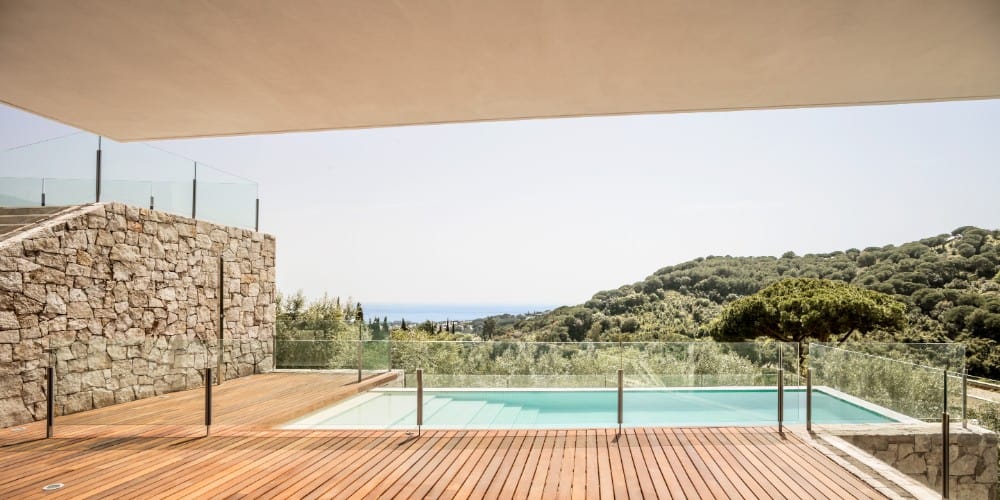 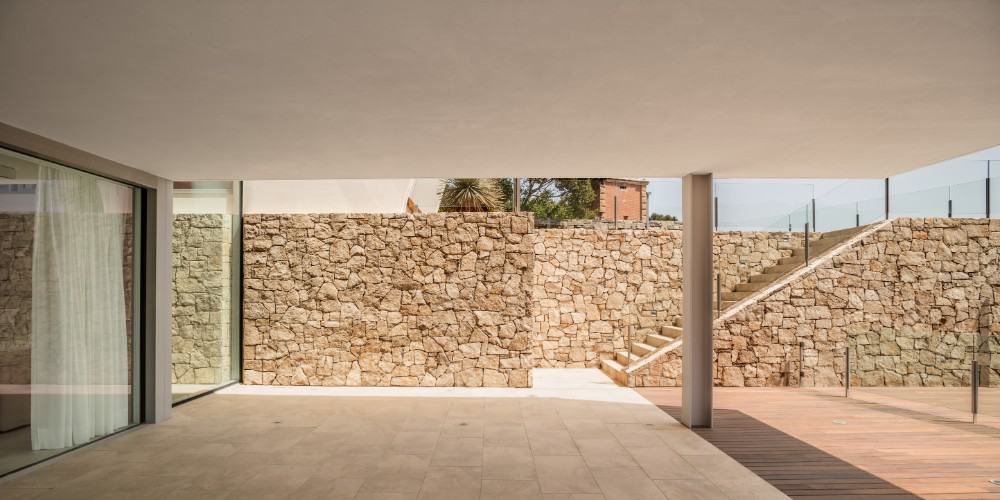 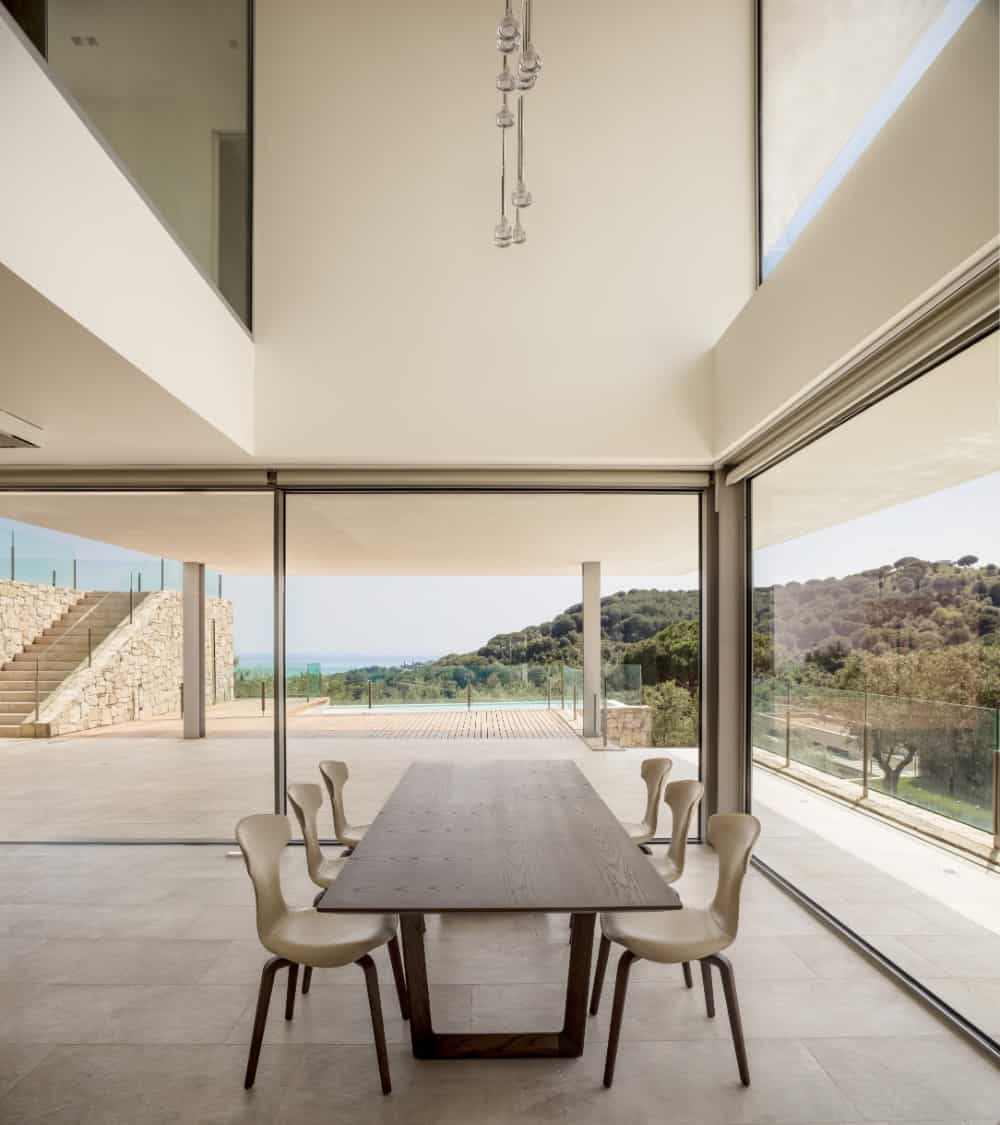 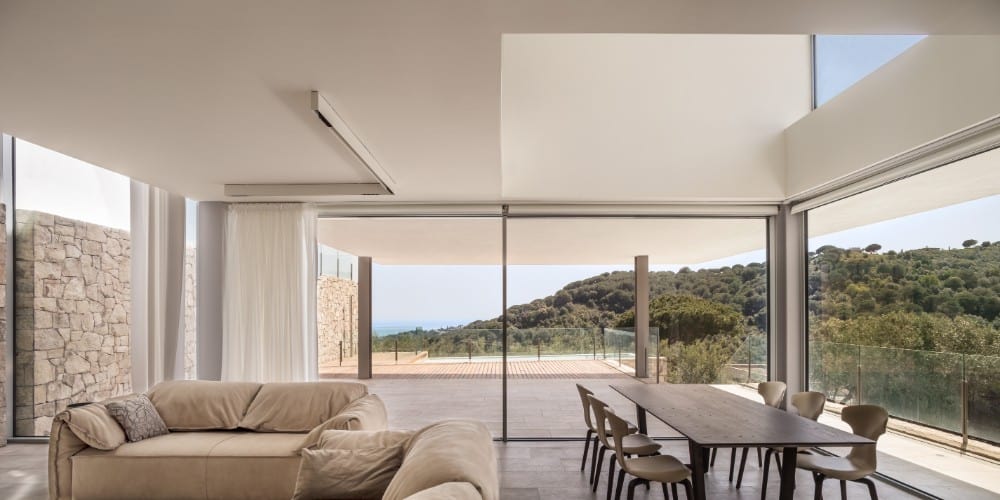 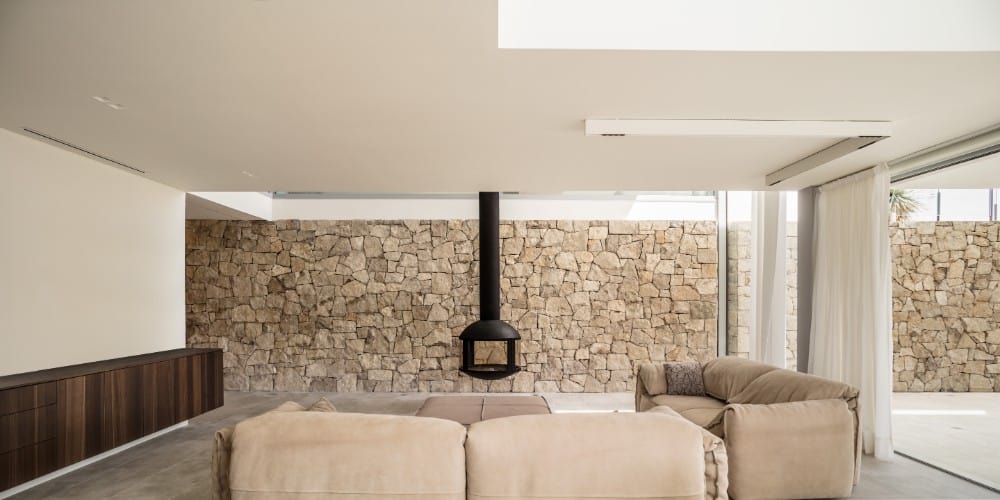 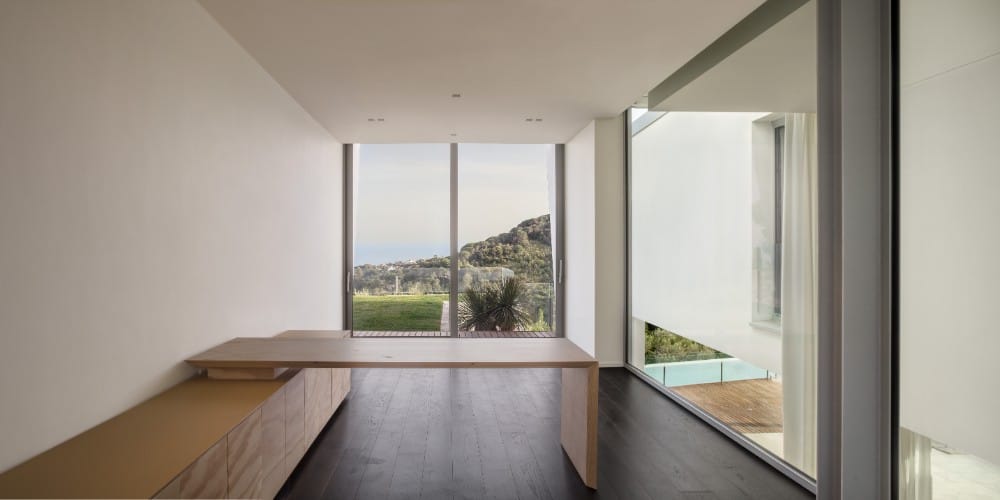 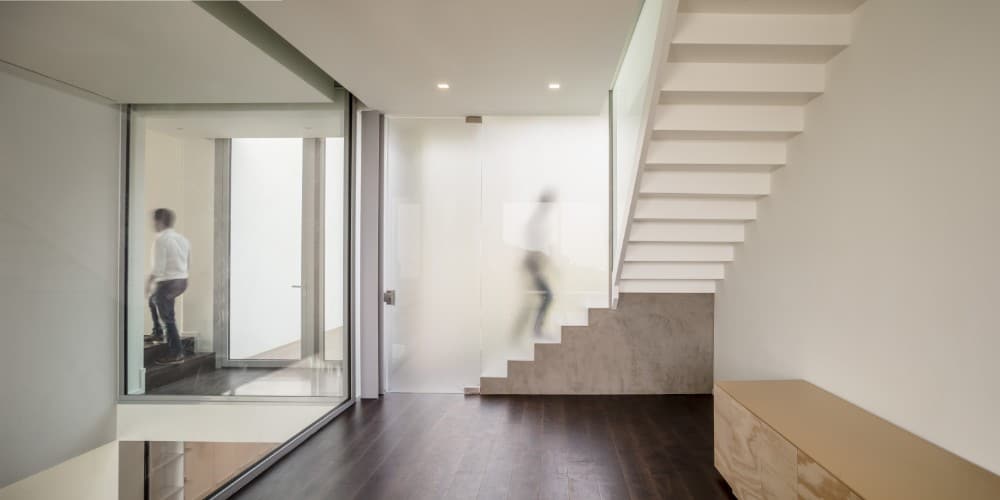 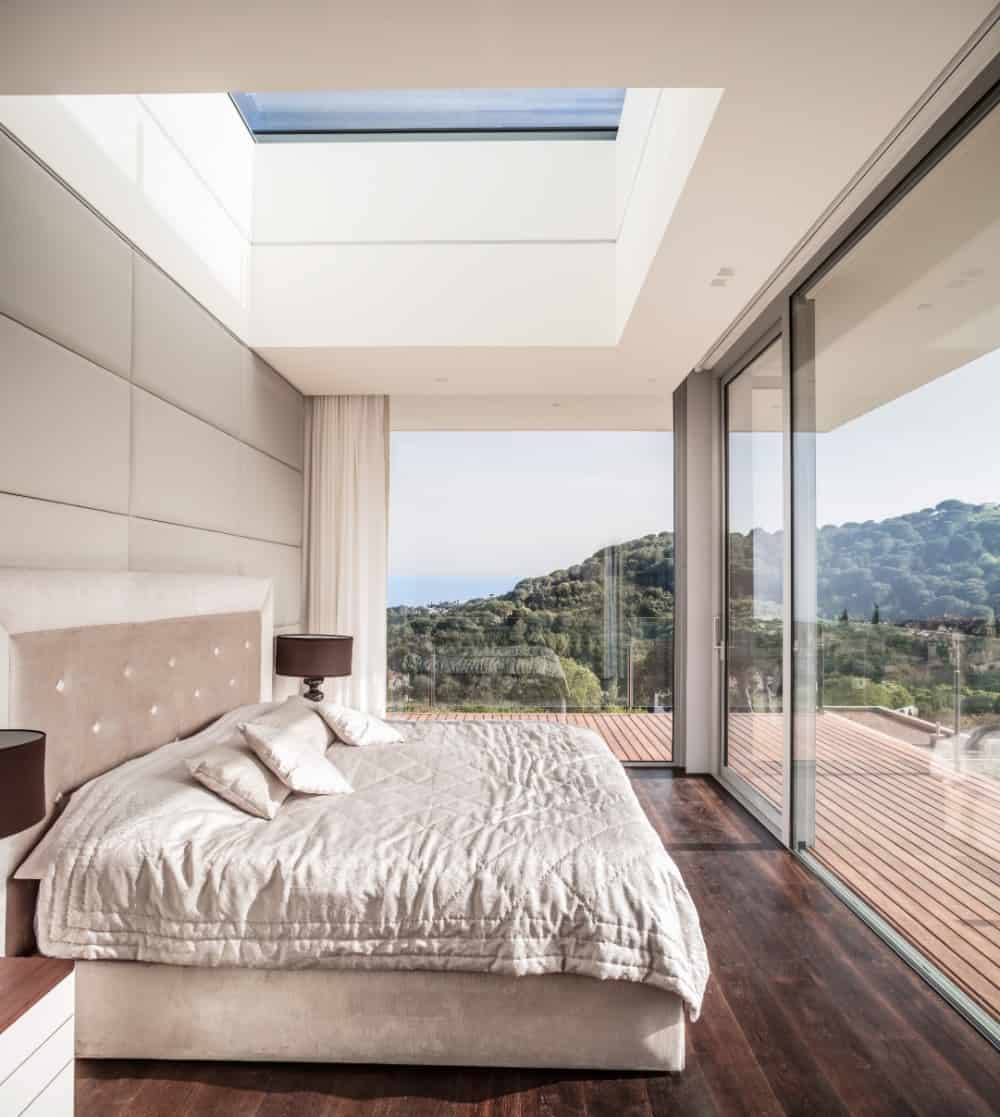 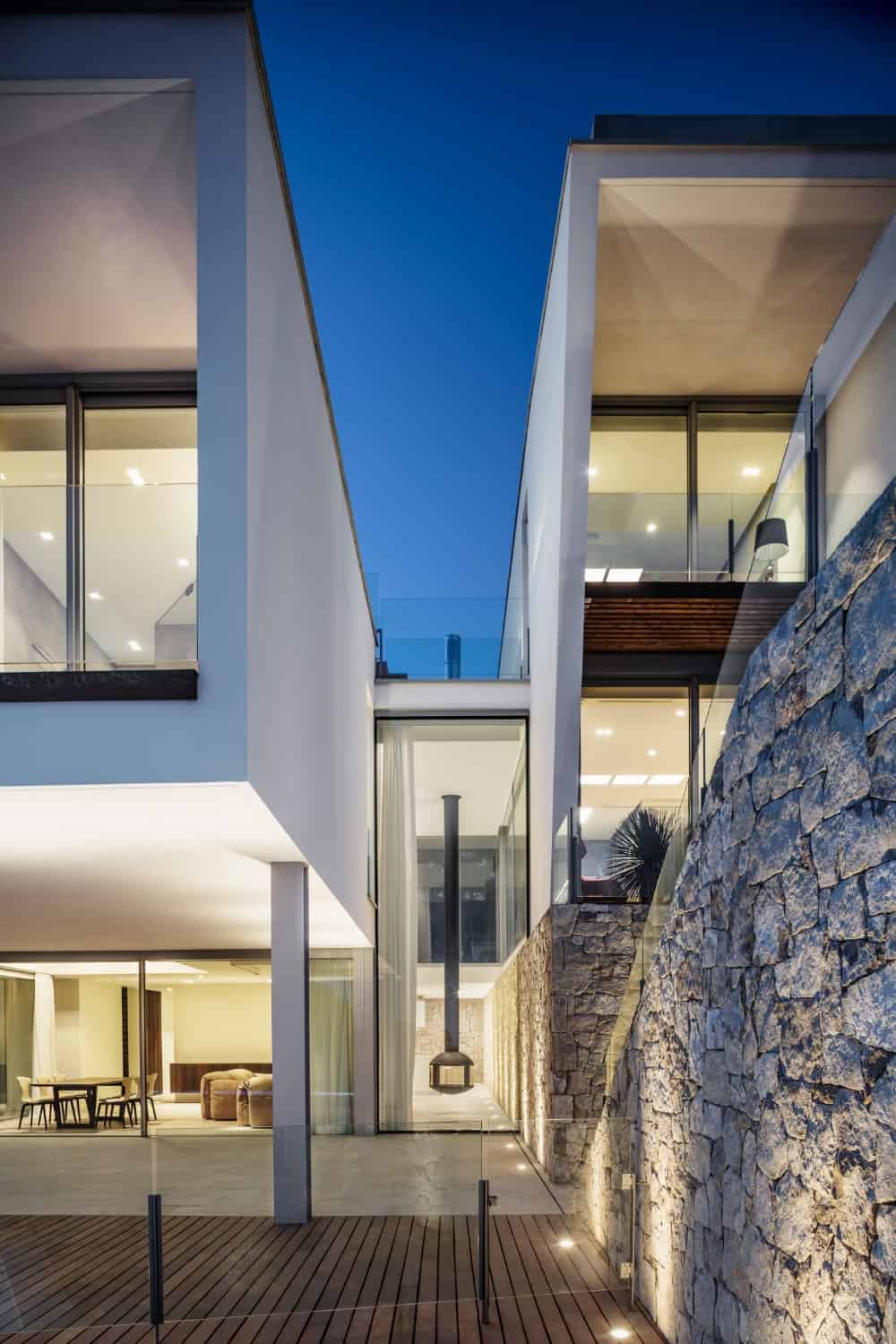 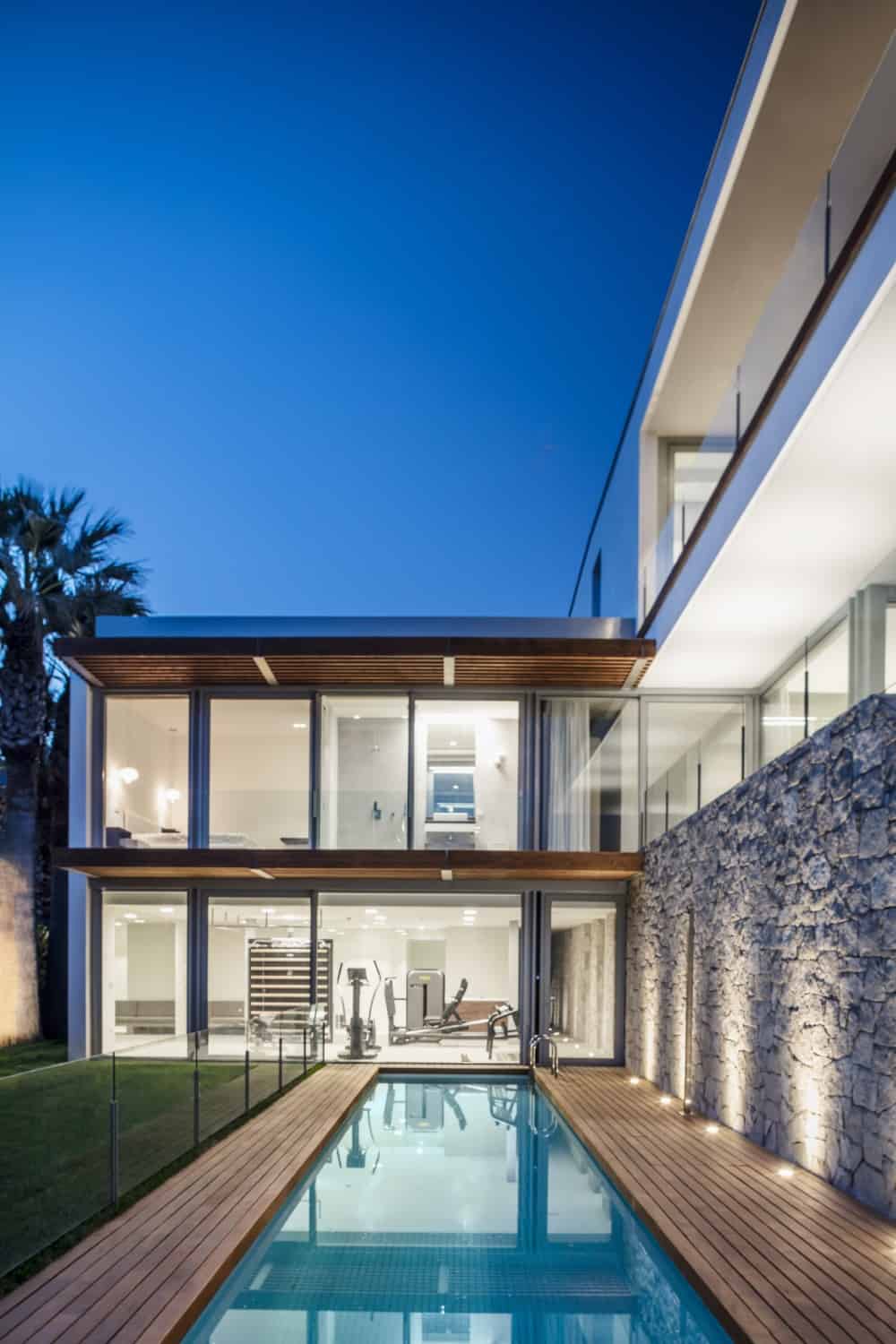 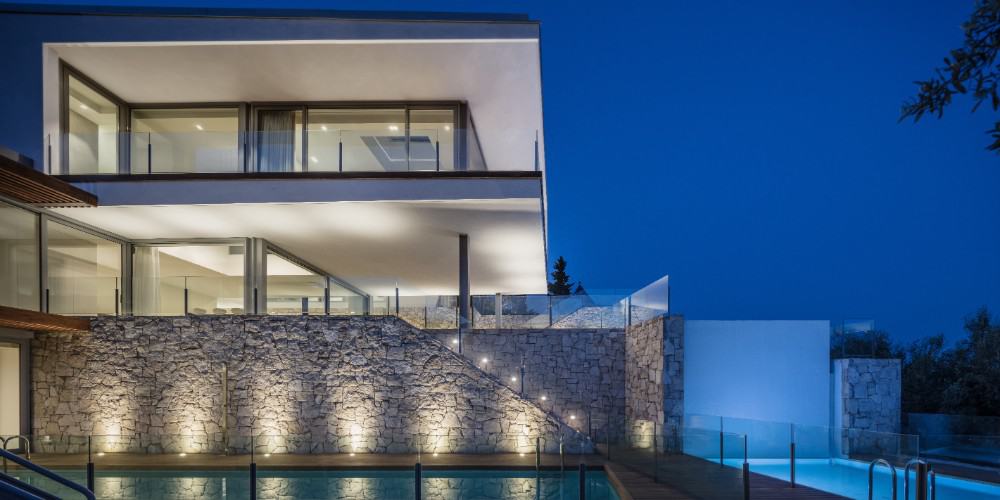 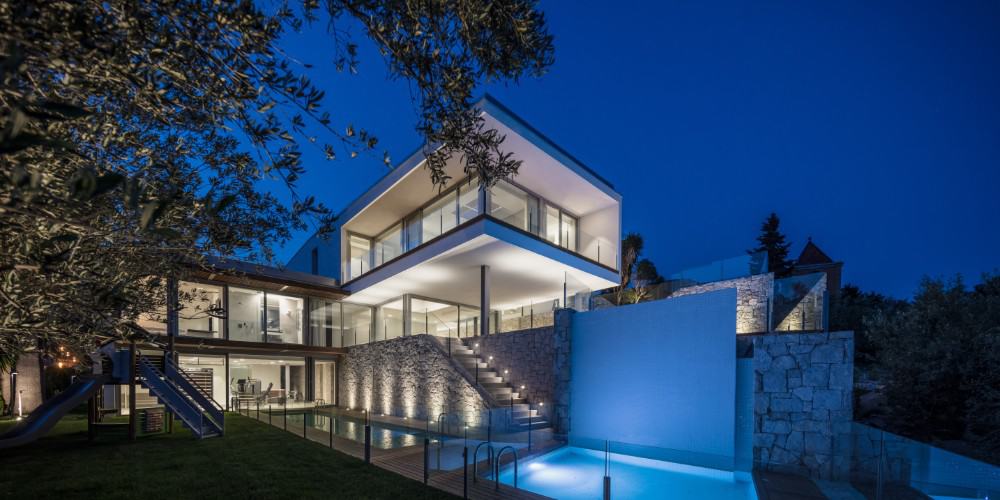 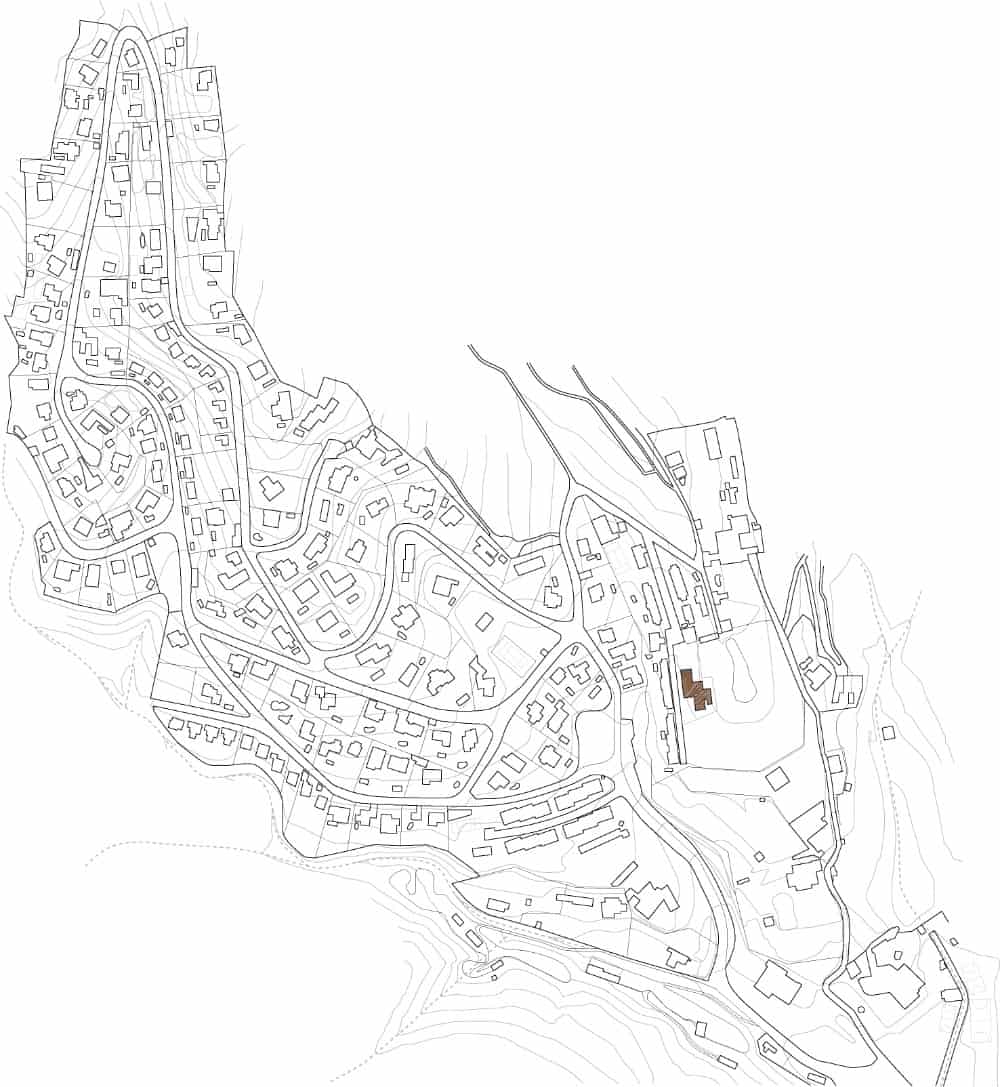 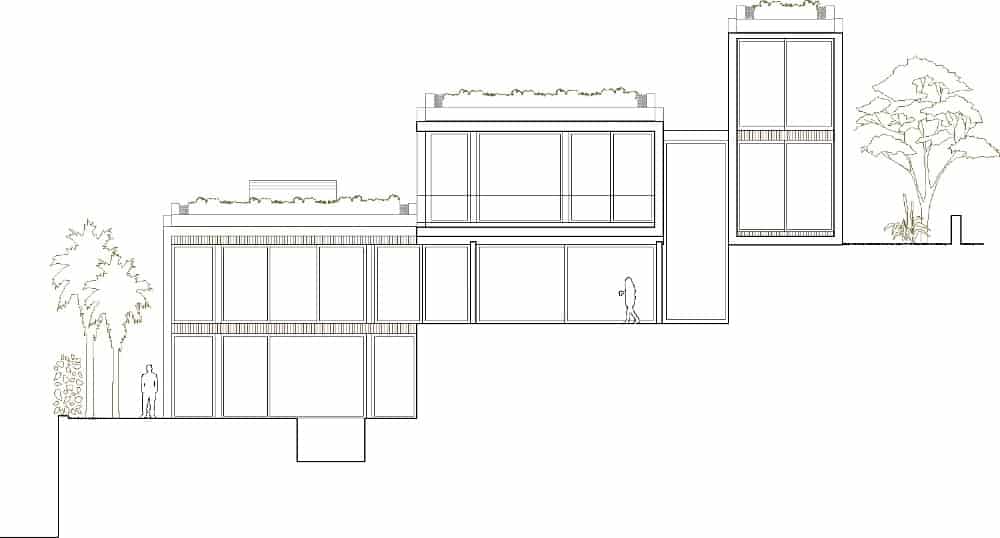 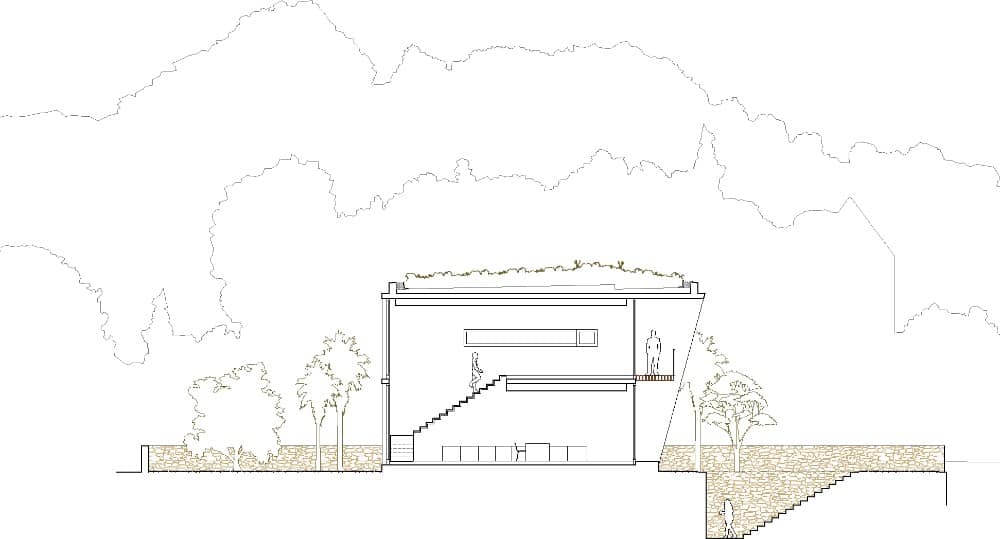 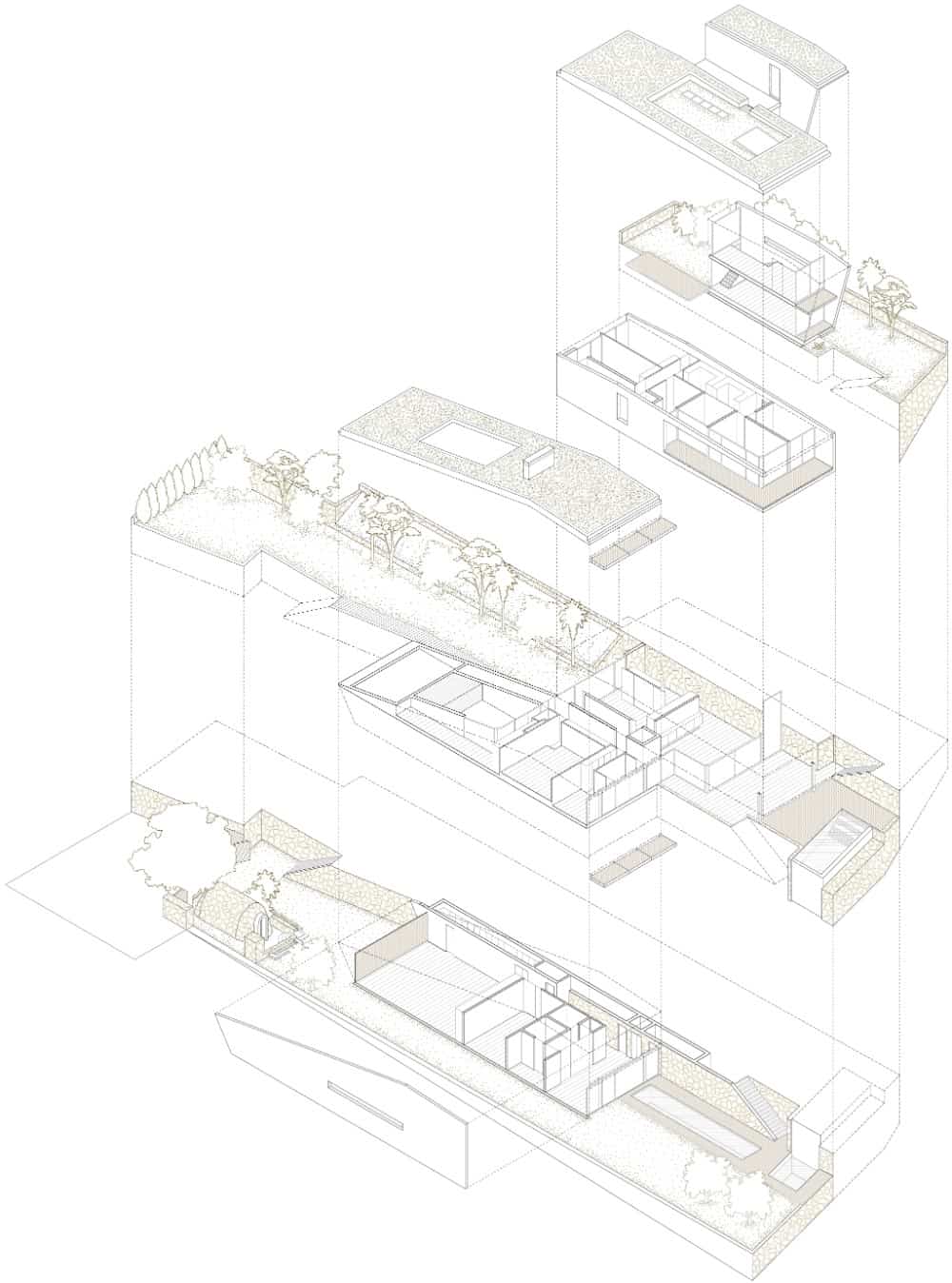 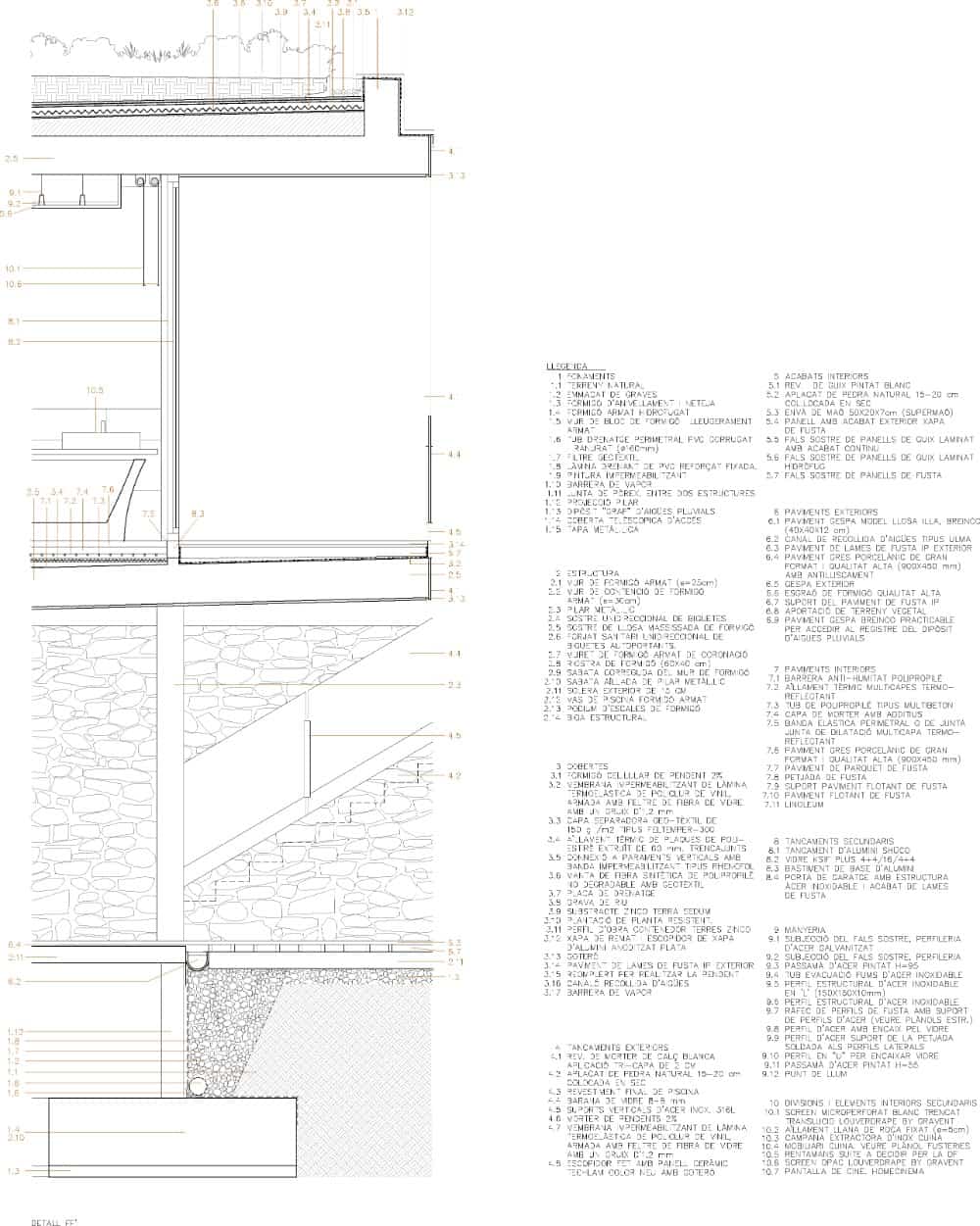 Alella is a municipality located between the Mediterranean Sea and the coastal mountain range: in a relatively short distance, the orography of the territory rises from the sea level to 400 meters high. Due to this situation, sloping areas were historically organized on terraces stabilized with stone walls, to be cultivated. The territory outside the urban nucleus was structured by means of large farms, where large houses with different architectural, landscape, social, and heritage interests were built in each one of them; those who gave name to each one of the zones that occupied.

Subsequently, during the 20th century, the demographic pressure and the change in the economy led to the appearance of several urbanizations that meant the fragmentation of the territory.

The housing lot is located in an enclave between a fragmented and consolidated area with recently built buildings and another area occupied by a historical estate of the ones described above. So that it transitions between a landscape before the 20th century and another one of the present century. In its initial state, the lot presents a composition more typical of the historical landscape than fragmented.

Being stabilized horizontally by means of three longitudinal containment walls – north/south direction – of three meters of height each, that structure the terrain on three terraces. It also contains an old dry stone chapel and a series of vegetation and consolidated own trees, with an interest in being conserved.

Maintaining the original character of the place becomes the main project premise. To preserve the soul and the morphology, to preserve each one of those things that make it unique and characteristic: the terraces, the retaining walls, the different elements of pre-existing vegetation, and the dry-stone chapel. These elements are delimited and identified to be preserved in the plant and once they have been delimited, a respectful implementation of housing directly on the existing land is established, so that the house coexists and interacts spatially and functionally with these elements.

The resulting ensemble seeks to be a whole, timeless and heterogeneous, that is part of the place and the landscape. Likewise, it is proposed to naturalize the unbuilt spaces and rehabilitate and re-landscape landscaping.

The housing program consists of a living room, dining room, kitchen, rooms, studios, bathrooms, cinema, wellness area, parking for vehicles and spaces for storage, services, and facilities; with a constructed surface resulting from 869m2, and therefore, a size more typical of the old stately houses existing in the municipality of Alella than of the houses built in the last half-century. Due to the dimensions of the program, a strategy of implementation and hybrid landscape integration is included which includes two concepts: harmonization and monumentalization.

The harmonization in terms of using the same stone in the area with which the chapel is made to finish pre-existing retaining walls, plant new Mediterranean vegetation in line with the existing one, and place wood and stone together with elements of water. And the monumentalization to create a monolithic structure of reinforced concrete, punctually supported by steel pillars and lime mortar lined with the will to be a Mediterranean sculpture that emerges from a natural field that maintains its historical roots.

When analyzing the program and the size of the housing required, the volumetry is implemented through two floors in each preexisting terrace, concentrating the larger volumetrics on the two lower terraces, so that the terrace most visually exposed has the smaller volumetry. The house is structured in four differentiated levels: 181, 184, 187, and 190. Floor level 181 contains parking, wellness space, and storage areas; floor level 184 contains the day zone; floor level 187 contains the night area, and floor level 190 contains a study that connects with a green terrace.

Each one of the rooms focuses on the different visuals that the landscape offers: the sea, the valley, the olive fields, and the small neighboring pond. As for the pre-existing stonewalls, once rehabilitated and covered with dry stone from the area, they go through the house coinciding with the most relevant spaces. The covers are landscaped with varying degrees of inclination, with the intention of visually collecting the landscape, pretending to be part of it, and also pretending that from a bird’s sight the presence of the house is not perceived, but rather a completely naturalized terrain.

The housing structure itself provides solutions of passive solar architecture, through porches of different dimensions and pergolas of wooden beams on the southern facade. Rainwater from landscaped covers is collected in buried deposits and reused for irrigation of the unbuilt garden area. In addition, the house integrates a system of air conditioning through aerothermal technology and double-flow ventilation, which, together with the natural thermal insulation of the covers, the home automation installation, the construction system itself, and the exhaustive study of the composition of the different skins of the building; they have made this house to have obtained an energy certification A.

The equipment of the house is resolved by incorporating integrated furniture that enhances the spaces in which it is part. Regarding the final materiality, it is proposed that this generates a cozy, friendly, and connected home with the outside. Made with openings and pavement with a stony texture that goes through the house from outside to inside and from inside to outside, and the use of neutral colors and warm wood for the rest of the materials.