In the romantic Northeast part of Vermont, is a Colonial Revival mansion and equestrian facility named Burklyn Mansion that was built back in 1908. This is now on the market priced at $4.5 million.

The mansion is measured at 13,599 square feet with three levels, twelve bedrooms, ten bathrooms, large formal rooms, and ten fireplaces of different marble mantles. The mansion also boasts of a foyer with a fireplace, a sitting room, a formal dining room, a smaller private dining room, a music room, a study, a kitchen, and a butler’s pantry with a grand staircase leading to the next two floors. The property also includes a horse stable, an indoor riding arena, and a show barn.

Vermont’s the Northeast Kingdom is a romantic getaway for tourists and the beauty of the countryside and quaint towns has been the backdrop for novels, poetry, and film. It’s the perfect place to view the first signs of colorful fall foliage as it begins its march south every September.

Located in the center of the tri-county region in the northeast corner of the state that is known as the Kingdom, an 86-acre property with its Colonial Revival mansion and equestrian facilities named Burklyn Mansion is now on the market.

Built in 1908 by Elmer Darling, who operated the 1,000-room Fifth Avenue Hotel in New York City, he had already purchased the land in 1893 and had planned the design for his elaborate retirement mansion. Though Elmer never married, his unmarried sister shared the home and was hostess for the many annual parties and social functions held there.

At 13,599 square feet, the three-story mansion today consists of 12 bedrooms, 10 baths, large formal rooms, and 10 fireplaces, each having its own distinctive mantle and type of marble. The foyer fireplace is accented by the Darling coat of arms. There is also a sitting room, a formal dining room, a smaller private dining room, a music room, a study, a kitchen, and a butler’s pantry with a grand staircase leading to the next two floors.

Darling named four special guest suites Egypt, Franconia, Brighton, and Willoughby after the views from their windows. There is also a horse stable, indoor riding arena, and show barn with all structures centrally located on the property. Priced at $4.5 million. 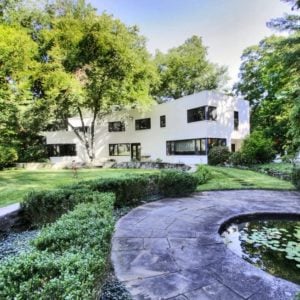 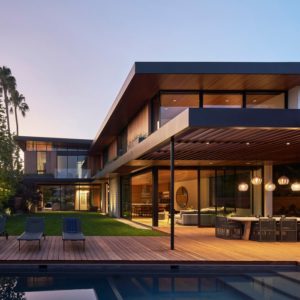