Bruce and Kris Jenner's Malibu home is now up for sale through May for just under $8 million. Sitting on a bluff with a view of the Pacific Ocean from sunny Malibu, the property represents the classic celebrity beach home close to town but away from the congestion. 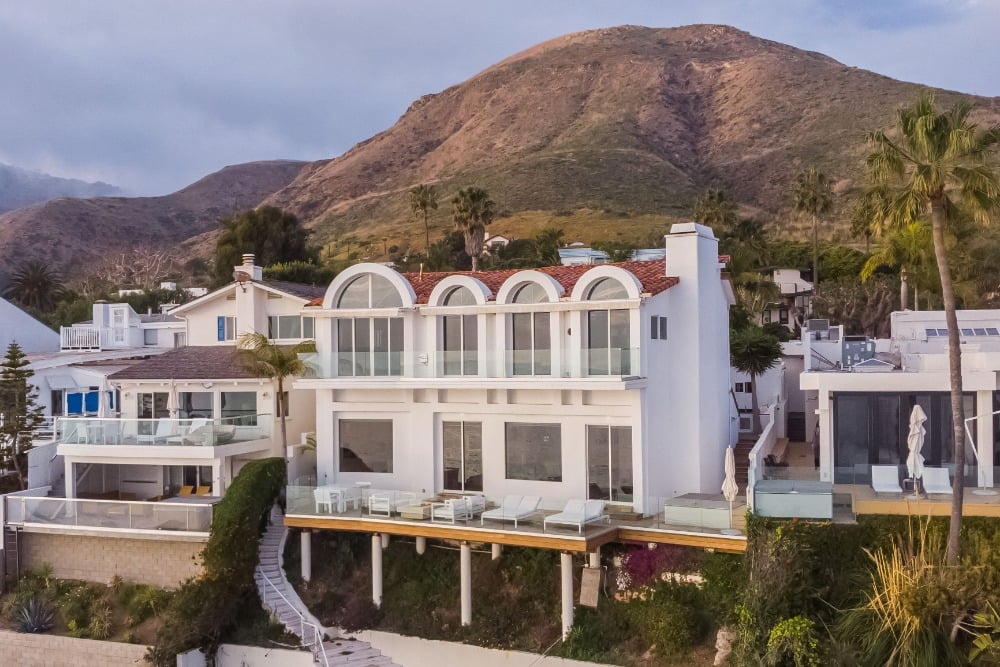 When celebrities need their space, they don’t just separate from one room to the other in the same home. It makes far more sense to just have a separate house altogether. That was the case in 2013 when Bruce Jenner and is wife at the time, Kris Jenner, decided he needed his own solitude away from the reality TV show in the shared home.

This eventually became famous as the Kardashian’s Malibu home for holiday getaways and beach views during the show. However, during much of the year it was actually Bruce’s personal hideaway on the coast. Now it has gone up for sale for just under $8 million. 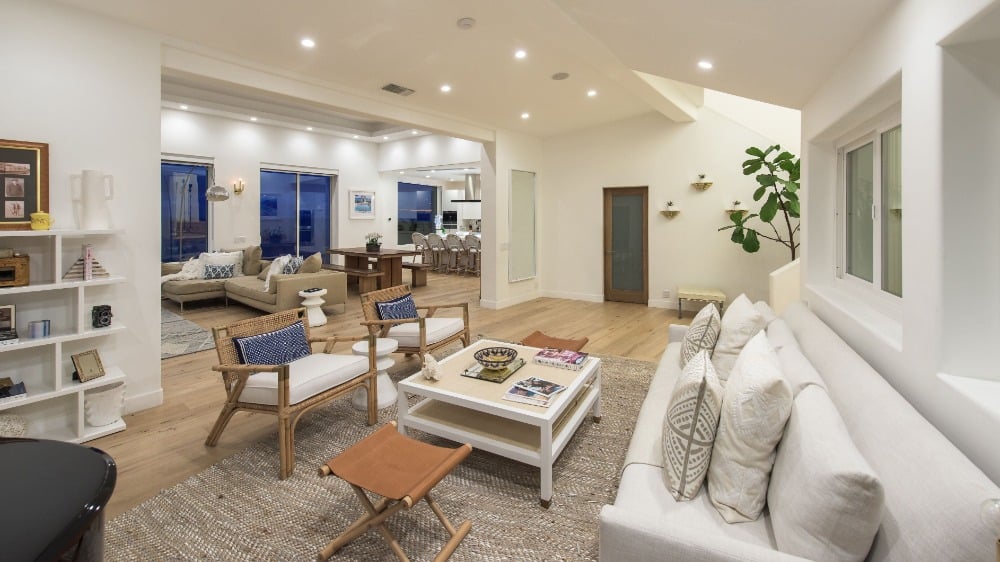 Living space featuring a white couch and a white center table on top of a gray area rug. Images courtesy of Toptenrealestatedeals.com. 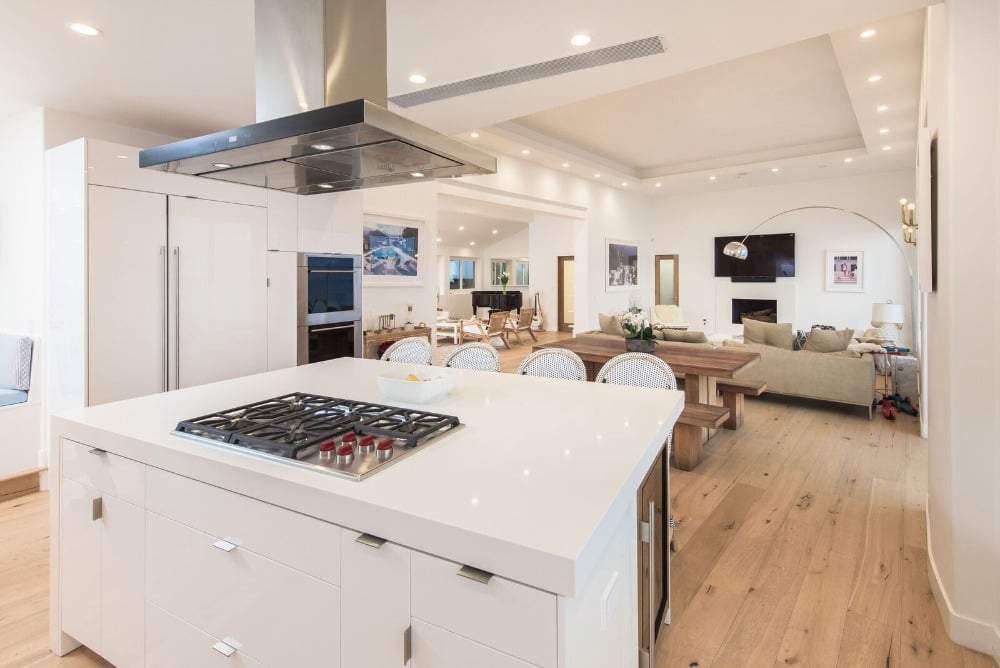 A great room with a family living space featuring a widescreen TV and a kitchen with a white breakfast bar island. Images courtesy of Toptenrealestatedeals.com. 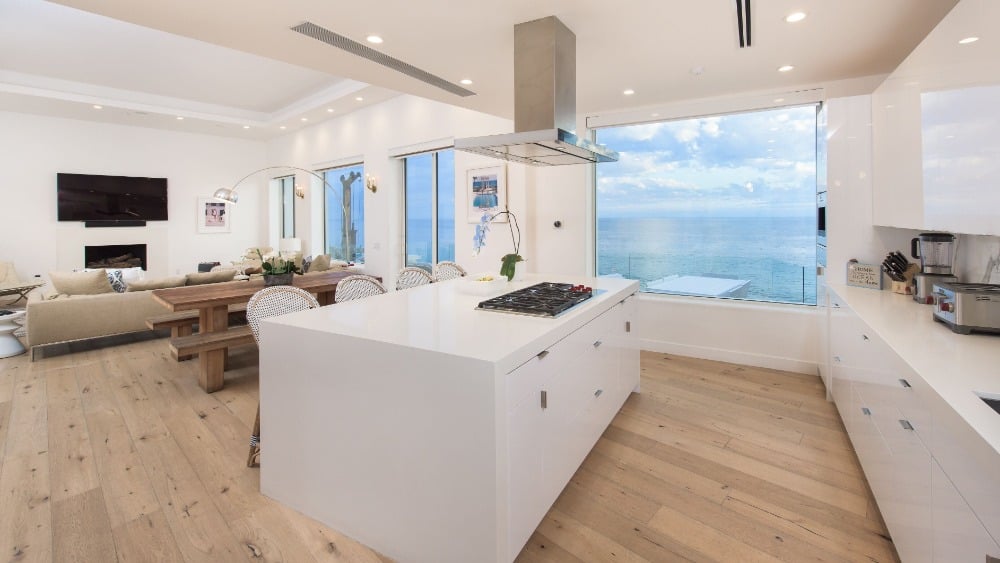 A look at the home’s kitchen featuring a single wall kitchen counter and a breakfast bar island. Images courtesy of Toptenrealestatedeals.com. 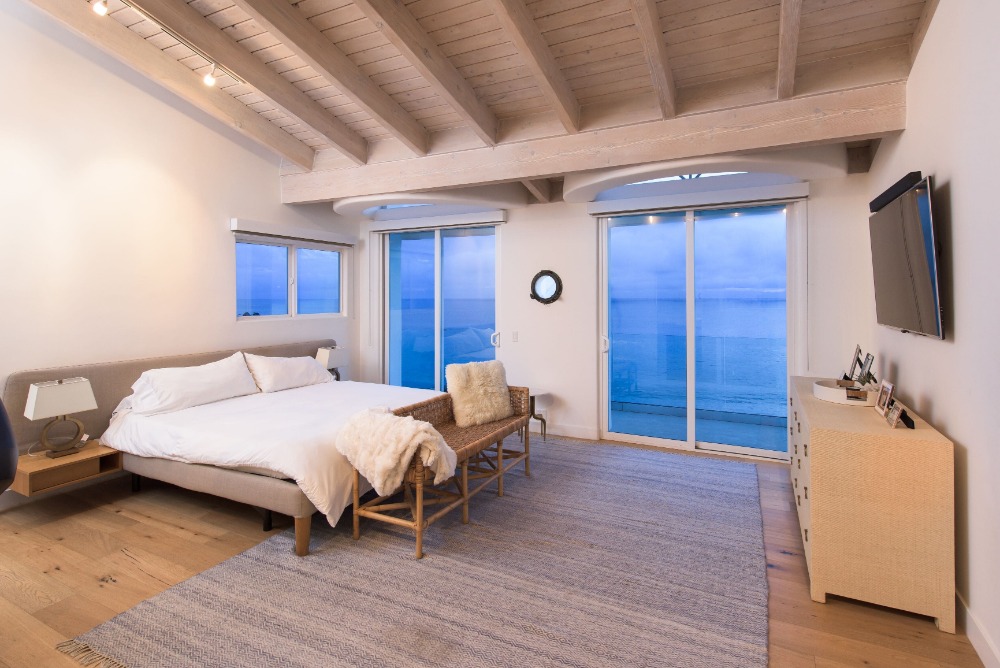 A bedroom suite with a modern bed set with built-in bedside tables topped by modern table lamps. There’s a flat-screen TV on the wall as well. Images courtesy of Toptenrealestatedeals.com. 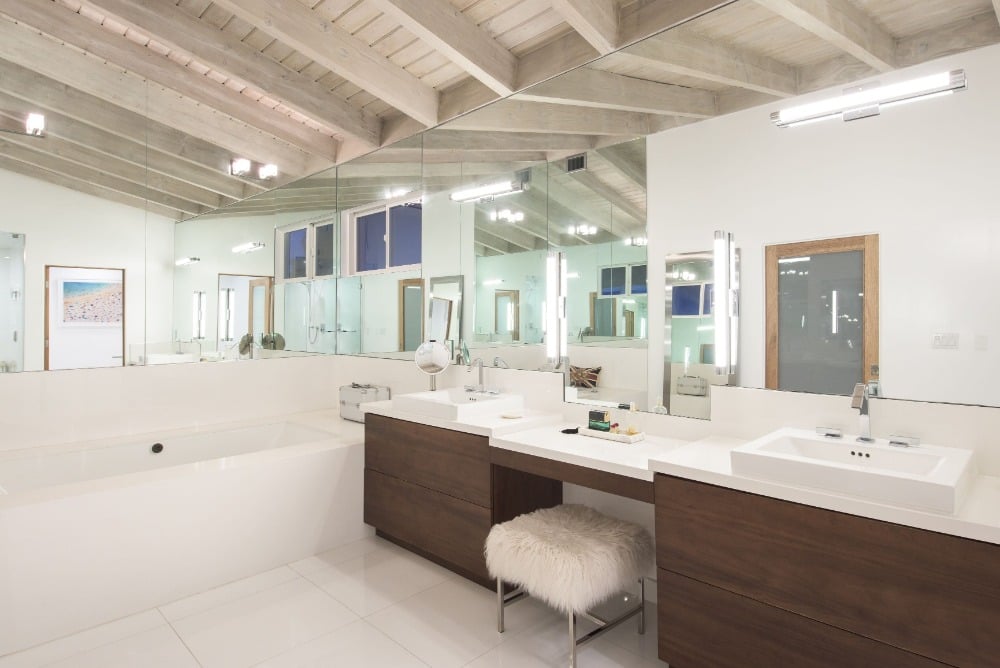 Primary bathroom featuring a sink counter and a powder desk, along with a drop-in soaking tub and a walk-in shower. Images courtesy of Toptenrealestatedeals.com. 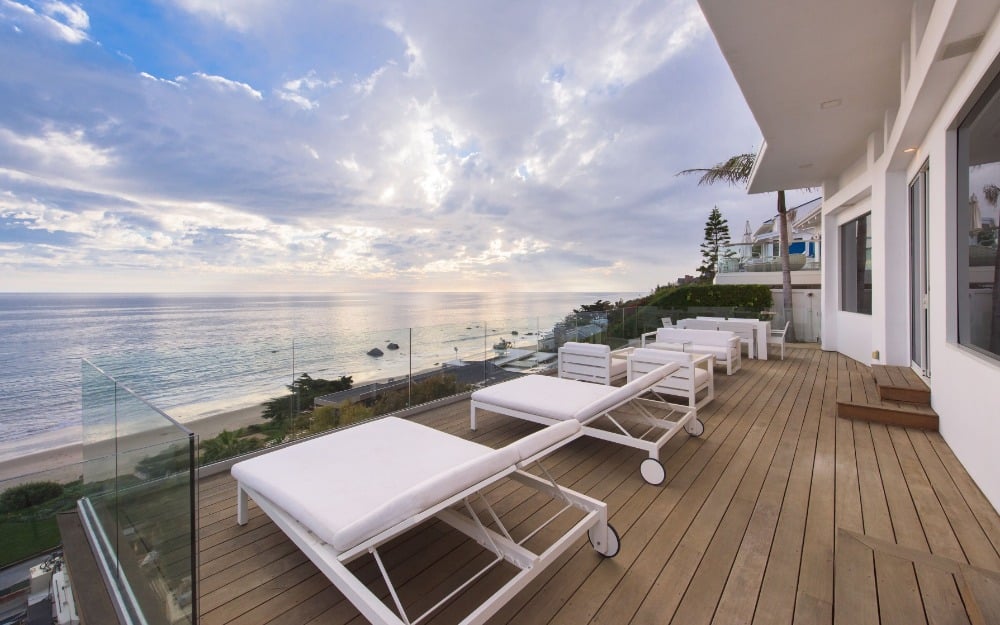 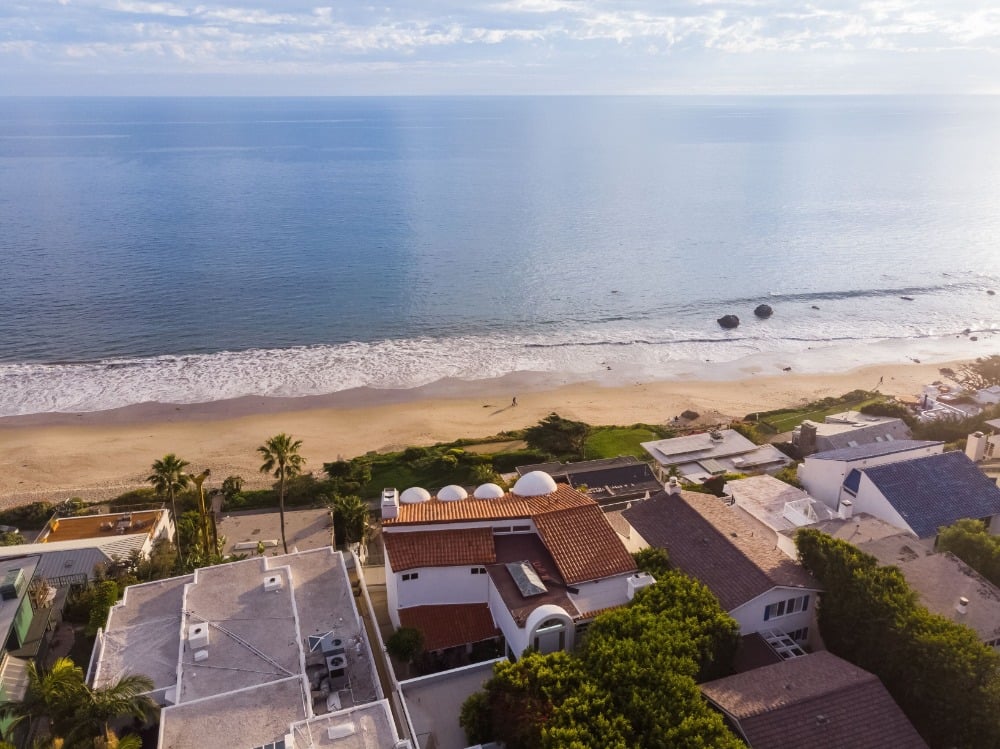 Another aerial view of the house showcasing its exterior and its amazing location, facing the stunning ocean view. Images courtesy of Toptenrealestatedeals.com.

Folks looking at the photos or videos of the Jenner Malibu home will probably recognize certain views from the interior. Again, the home was featured repeatedly in Keeping Up With the Kardashians, particularly after Bruce Jenner began regularly living separately from the rest of the family and began his transition to Caitlyn Jenner. The home literally became the cocoon for his/her transformation during that period starting in 2015.

The location is ideal for anyone who wants to be near the big city but aware from the congestion of downtown L.A. It’s less than an hour’s drive (without traffic) either to LAX International Airport or from Hollywood, which is why Malibu, in general, has always been extremely popular to the luxury set. Further, the Santa Monica Mountains National Recreational Area is literally in the neighborhood’s backyard, easily available for outside recreation and hiking.

A Modern Beach Home on the Pacific

The interior of the Jenner home has been repeatedly renovated including switching out external deck railing with clear glass barriers that enhance the ocean view and reduce view interference for the homeowner. The internal structure includes four full bedrooms and four bathrooms, as well as being designed as a multi-level home with 4,456 square feet of living area.

Every angle of the home enhances landscape views from the various large windows installed in rooms, hallways, patios, etc. The property sits on a beach knoll and includes a trail that walks down directly to the beach and the Pacific Ocean below.

The home inside also gives a party a feel of tropical integration as numerous indoor plants are also included for a bright, colorful feel. The same also enhance the air in the house, easily swapping carbon dioxide for fresh oxygen, and added bio-benefit.

Fixture surfaces in the common areas are smooth, large and provide for expansive use and placement. Combined with light color hardwood floors, higher than standard ceilings, and the main room fireplace, the home provides a welcome getaway any time of year, whether in the heat of summer or the chill of winter.