John T. Dorrance was a chemist and is the famed creator of a method of condensing soup into non-perishable canning. As the president of Campbell’s Soup, he helped the company become the largest canned soup company on Earth. Here, we’ll take a look at the Pennsylvania home Campbell’s Soup built. 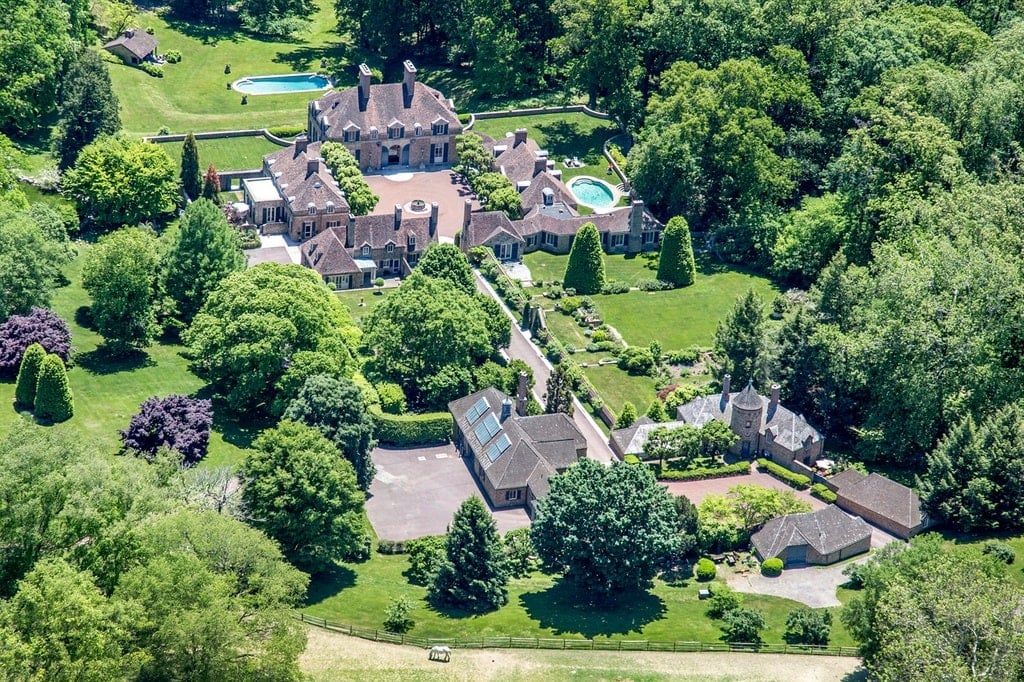 John Thompson Dorrance, the famous American chemist, lived from 1873 to 1930. He is most well known for discovering a method to create a condensed soup. He served as the general manager of the Campbell Preserve Company and later became the president of Campbell Soup.

He died at the age of 57 of heart disease, but he was voted into the New Jersey Hall of Fame in 2012 for his contribution to improvements in semi-non perishable food storage.

Today, Dorrance’s home in Gladwyne, Pennsylvania is up for sale marked at $19 and a half million. The mansion covers just under 15,000 square feet. It features ten bathrooms, eight bedrooms, formal rooms, game rooms, and a handful of guest bedrooms. The grounds the Dorrance home stands on includes a number of stone outbuildings, tennis courts, swimming pools, an aviary, and a ten car garage on a beautifully landscaped terrain.

Outside the entryway to the main house exists a courtyard which may have served as a briefing area for high-level employees at Campbell’s Soup. The imposing front facade of the house serves as a background for the area. Huge two-story hallways surround the three remaining sides of the courtyard and a relatively small fountain in a hexagonal pool stands in the center.

Inside the main living room, we begin to get an idea of the kind of massive wealth that comes with being the creator of perhaps the biggest canned soup company on Earth. Ornate wood paneling covers each wall. A small fireplace framed in white and brown marble stands off to one side. The floor is covered in the same white and brown marble, which gives the room a kind of gilded, earthen quality. Pristine, white furnishings fill the room and at the far end, by a tall window, stands a jade statue of a migratory bird.

A nearby conversation room is hemmed in by three bright yellow walls with three tall windows in each. Here, the furnishings are a bit more down to earth, with yellow chairs on one side of the room and blue on the other. The room is carpeted in what might be a 70s style shag carpet with a peculiar purple and white pattern made from large adjoined rectangles.

The dining area appears to attempt to mimic a fine dining establishment with numerous tables, elegant curtains, and a bar off to one side. The floor is almost entirely covered with an enormous rainbow patterned rug. That likely weighs about 300lbs.

The kitchen is quite modern with contemporary styling. The floor is all mahogany wood and the panels of the cabinets, two islands, and appliance housings are all dark wood as well. All of the countertop space is done in pure white marble. The opposite side of the kitchen features the same style and materials of the former, except that it is all contained within the space of a curved hallway.

The master bedroom is ethereal with pale blue walls, an ivory fireplace, and an elegant, curtained bed.