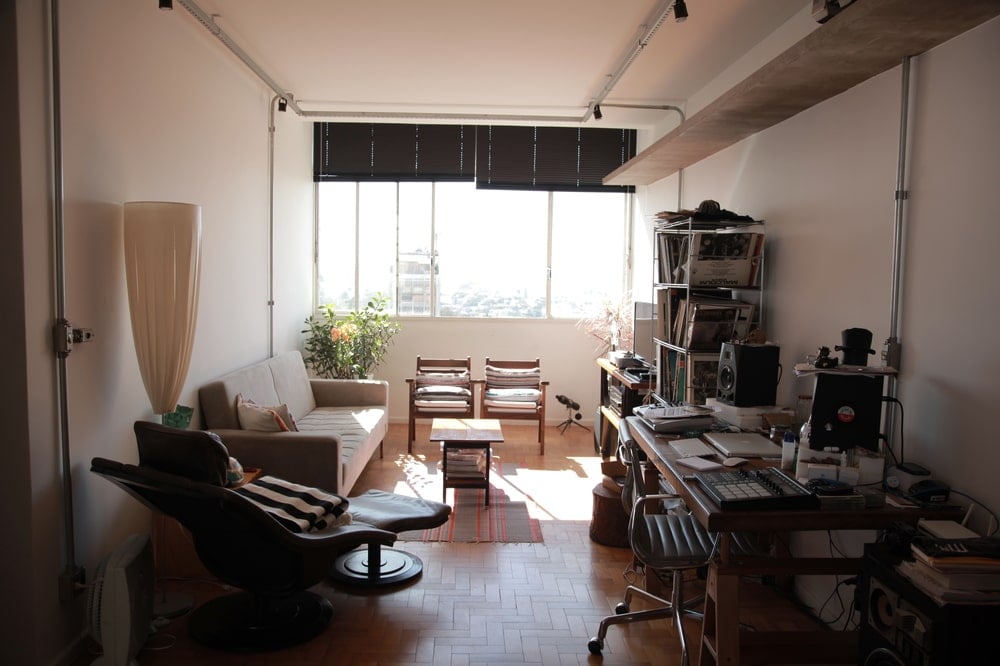 Completed in 2010, the interior refurbishing of apartment consolação was designed by architects Silvia Acar and Paula Saito with the intention of making the space wider and more illuminated.
Located in a central area of the city of São Paulo, the apartment, originally divided into narrow and dark rooms, became the ideal space to receive friends or create greater coexistence among its residents.

As Its previous display was very fragmented, lacking light and ventilation, the main changes in the original design were the result of the demolition of walls. The design of fixed furniture such as the cement counter and the new joinery for the kitchen and bedroom closet also transformed the old apartment into a modern space, creating a beautiful contrast between the parquet floor and the pre-existing frames, and the intervention of joinery and cement, which dialogues with the original elements without overlapping them.

The project changed the organization of the apartment making the circulation easier and wider. The walls of two rooms without windows located in its central area were broken, allowing an expansion of the living room and granting more light and cross ventilation to the area. The kitchen, originally located at the back of the apartment, was connected to the living room, expanding the opportunities for socializing in everyday life. The change also allowed the laundry to be installed there, accessed through a sliding door that integrates or excludes it from the rest of the space, as needed.

Although the parquet floor has remained intact, the kitchen and laundry floor was replaced with burnt cement. Creating a boundary between the kitchen area and the living room, the design of the new cladding also delimits the area previously occupied by the demolished rooms, keeping the memory of the apartment’s original partitions alive.

Through simple interventions, the architecture and joinery project created a wider and more adequate space for the needs presented by the clients. The design takes advantage of the apartment’s original elements, such as the parquet floor and large windows, and creates an opportunity for the residents to move more freely within their new home. 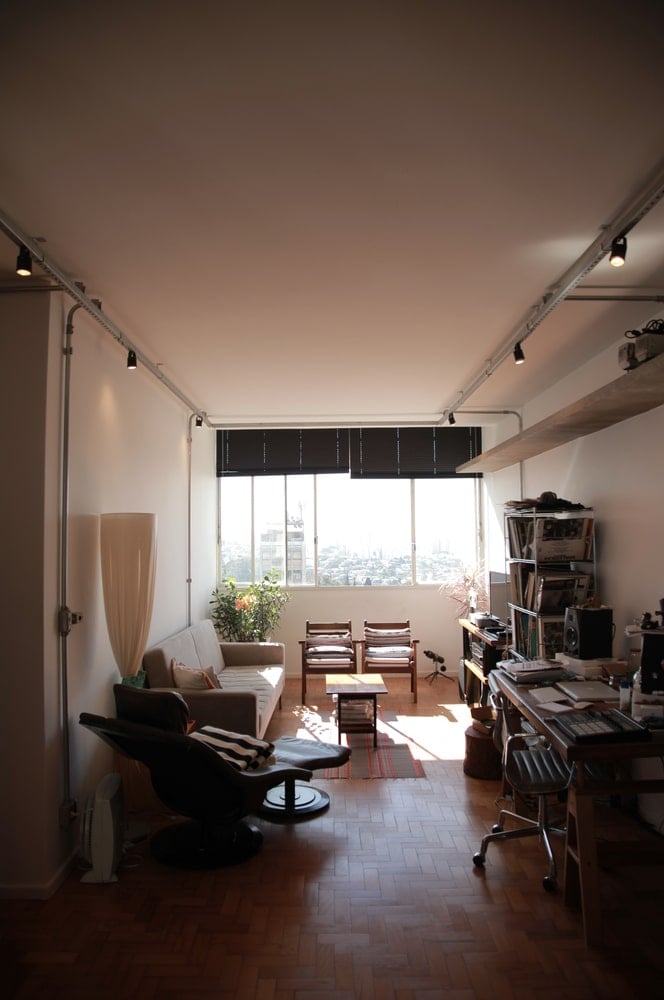 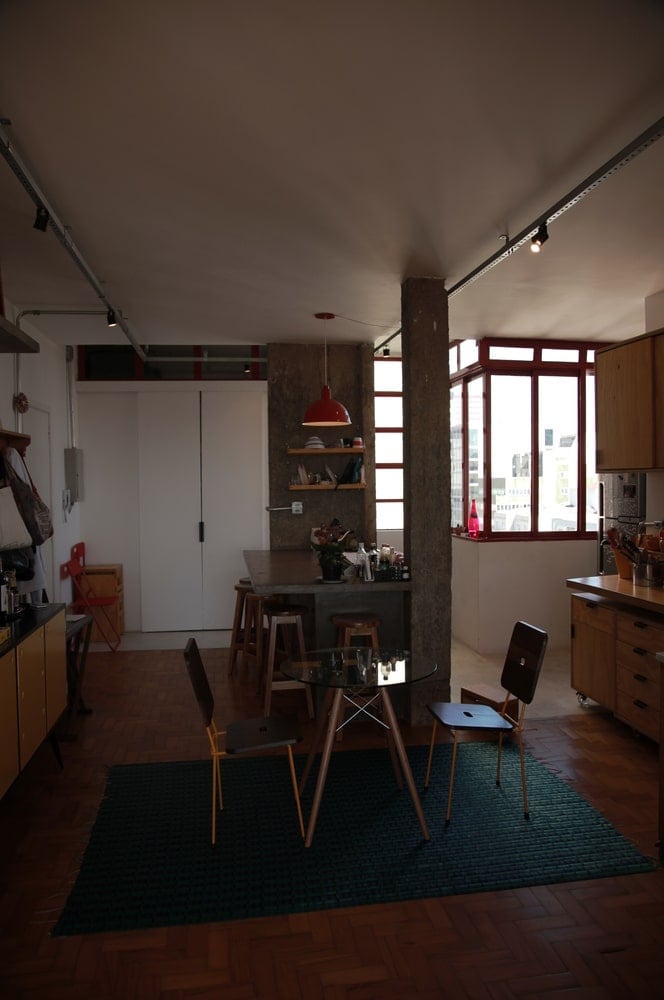 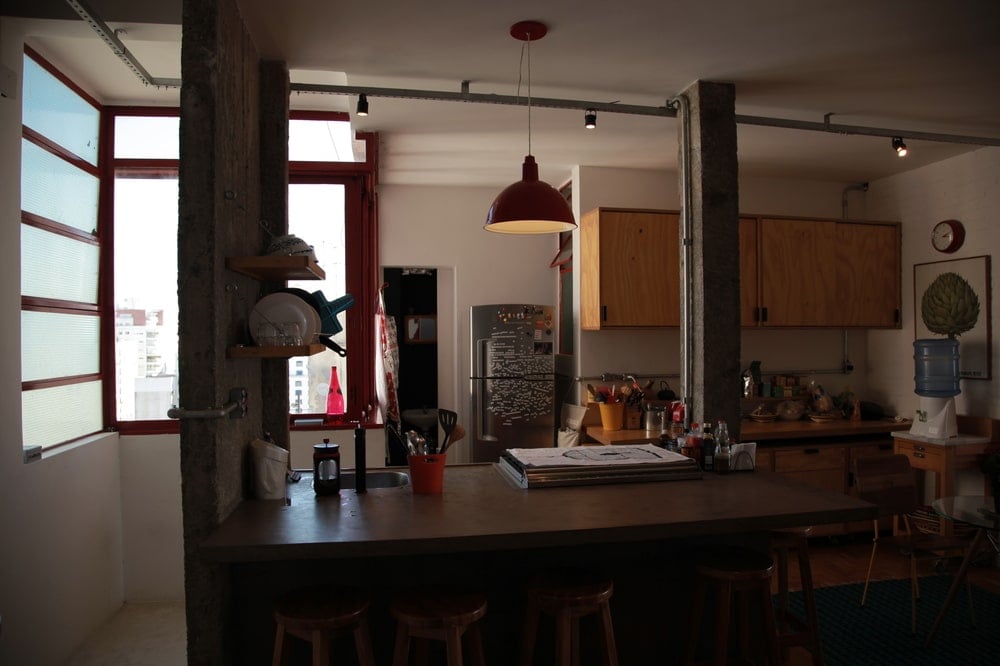 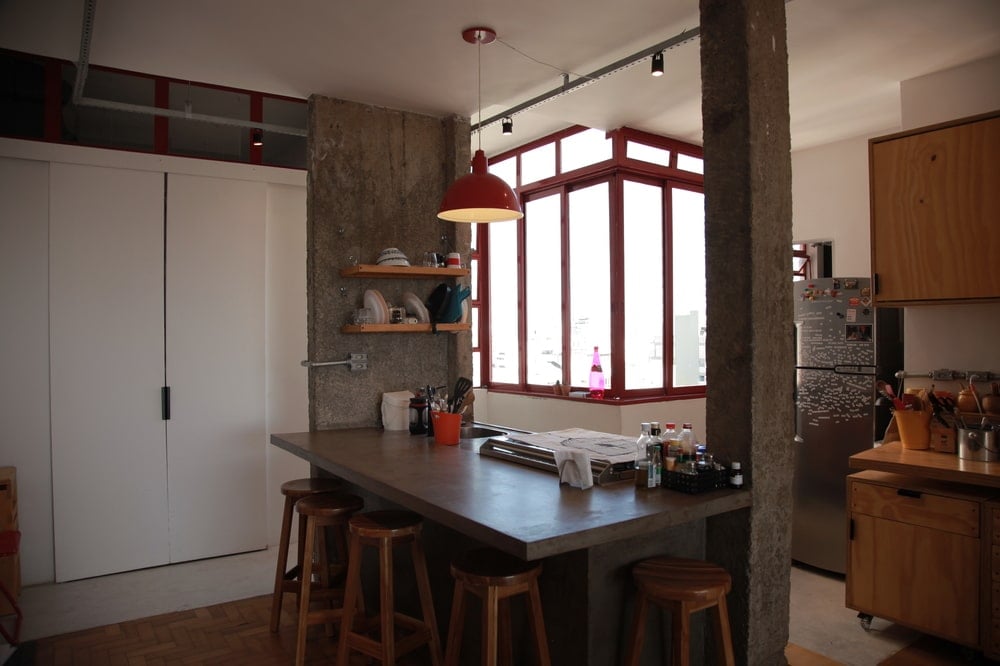 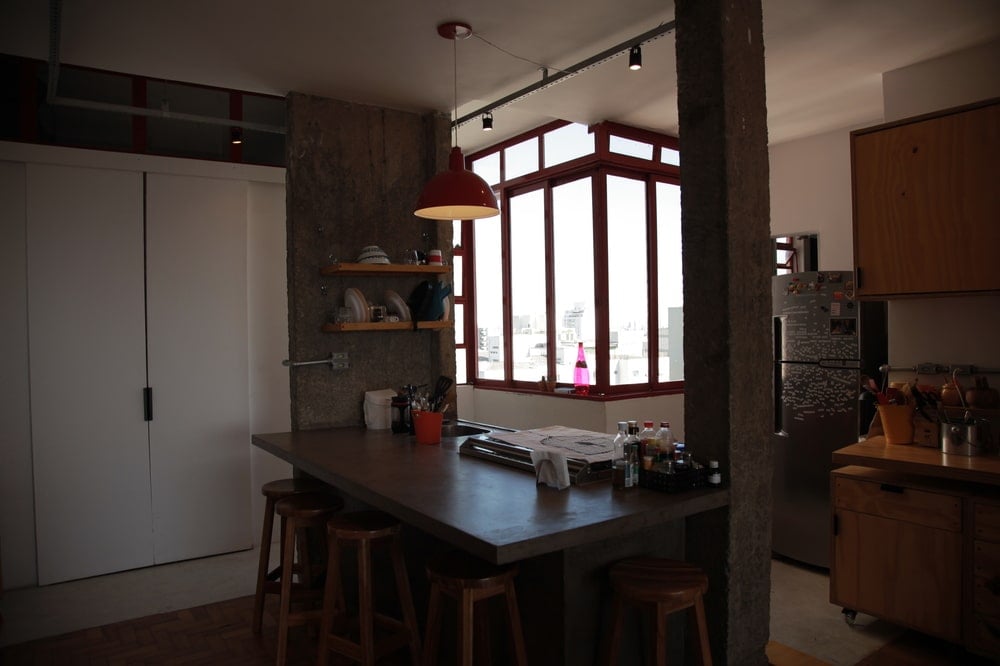 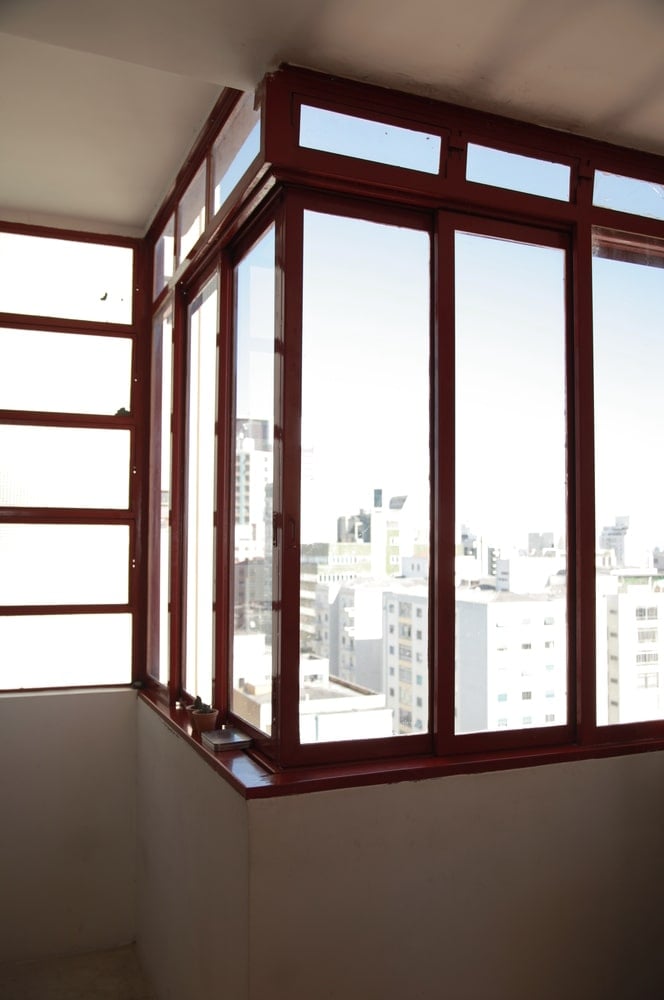 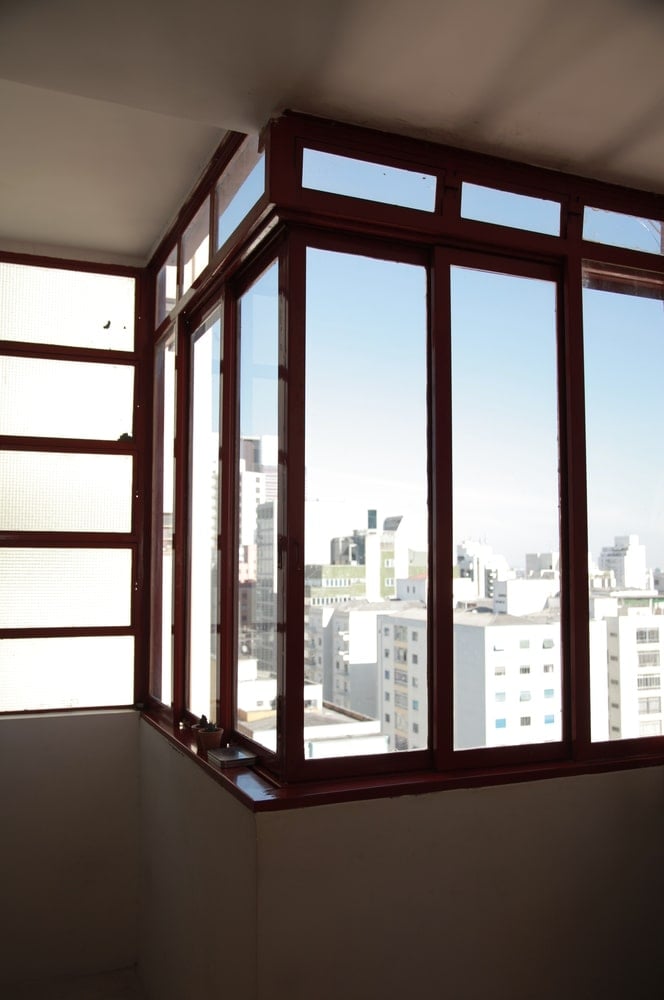 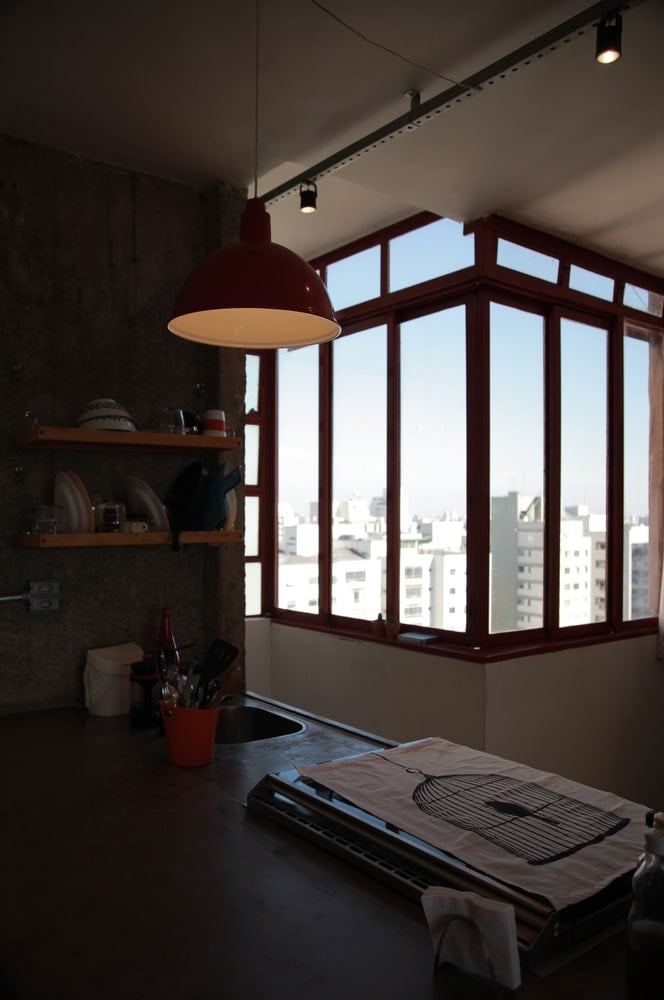 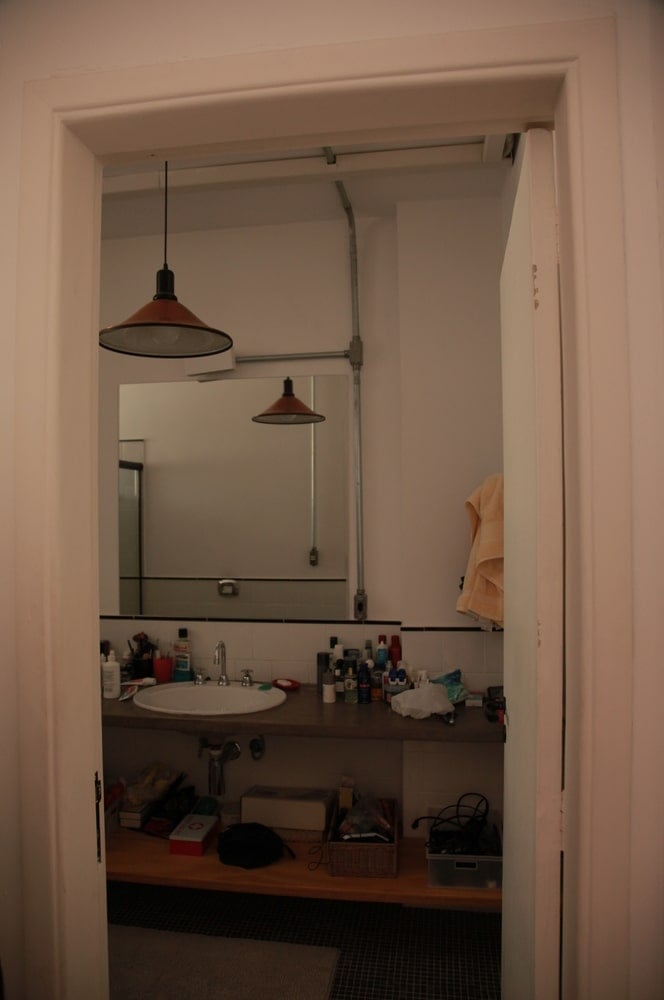 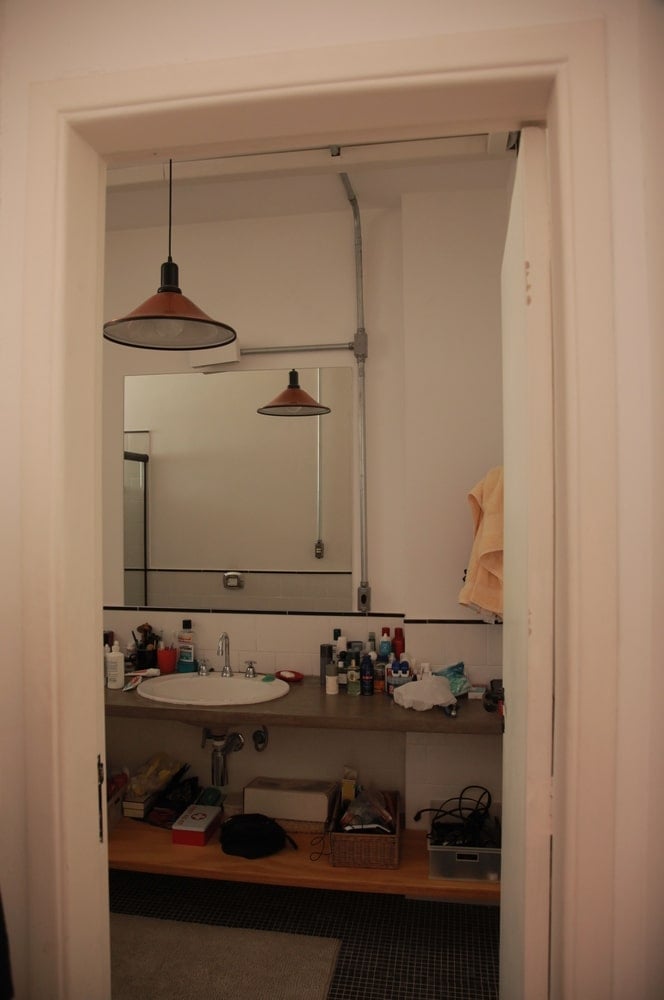 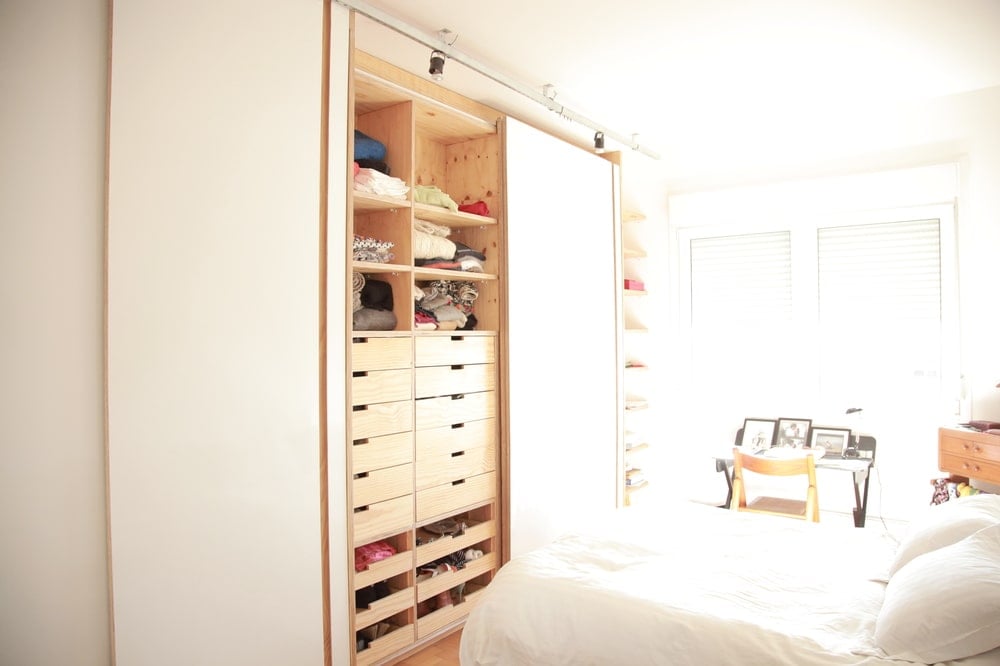 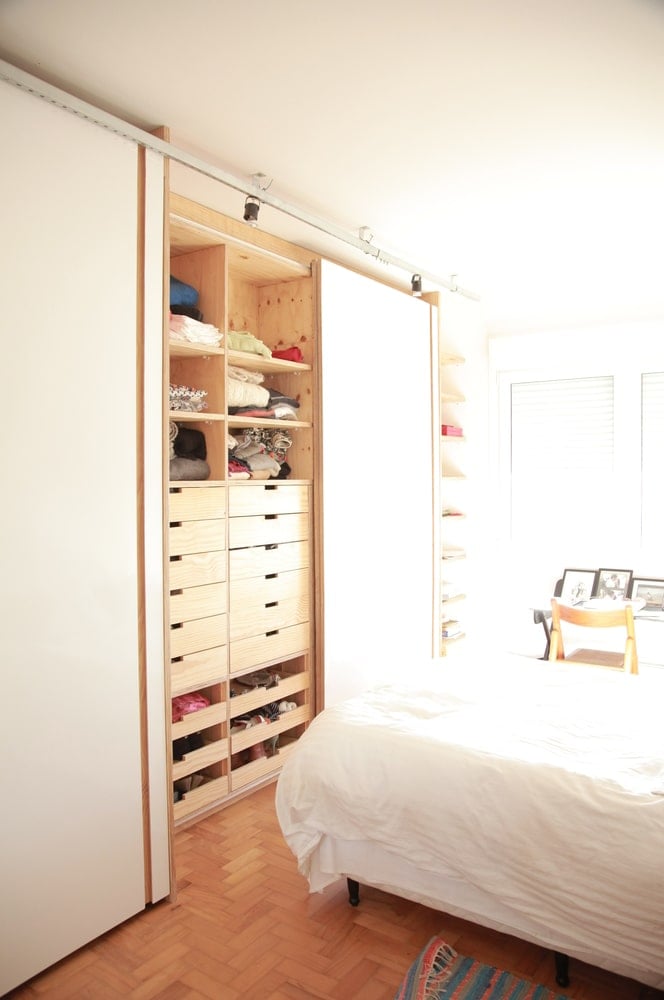 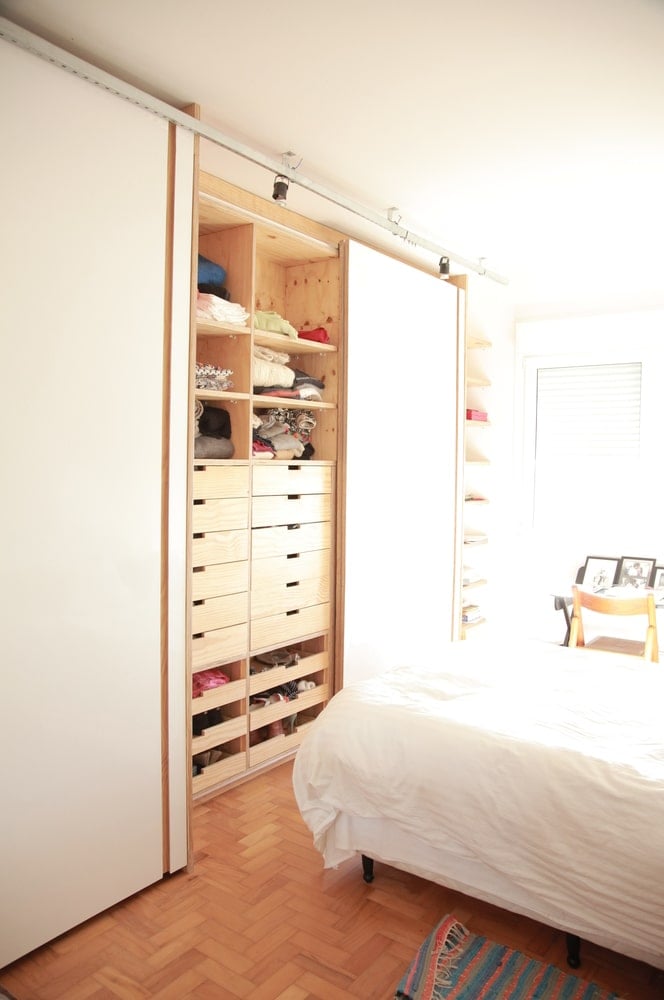 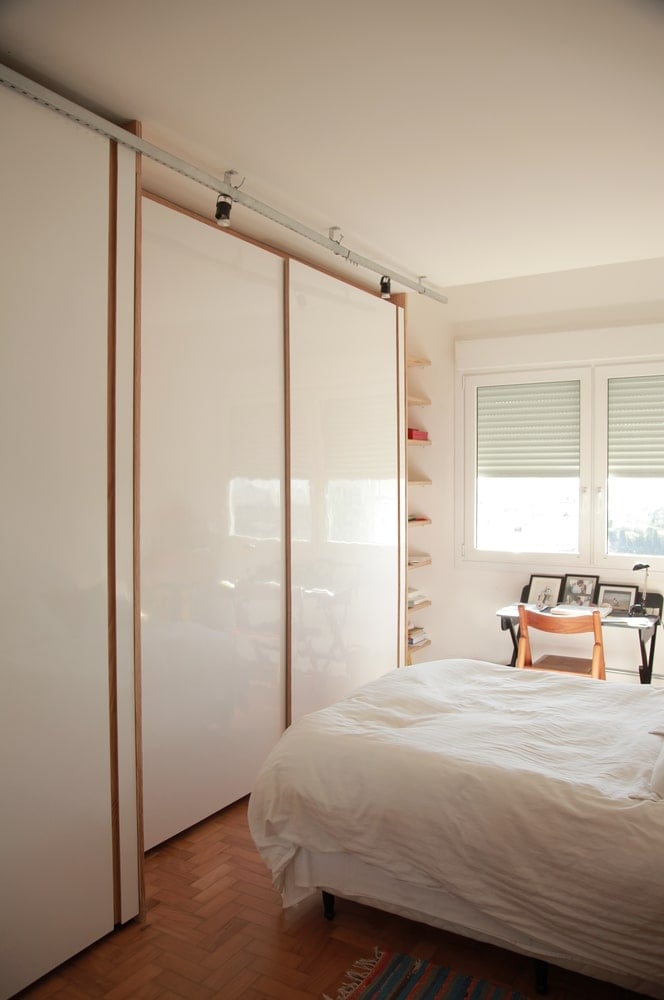 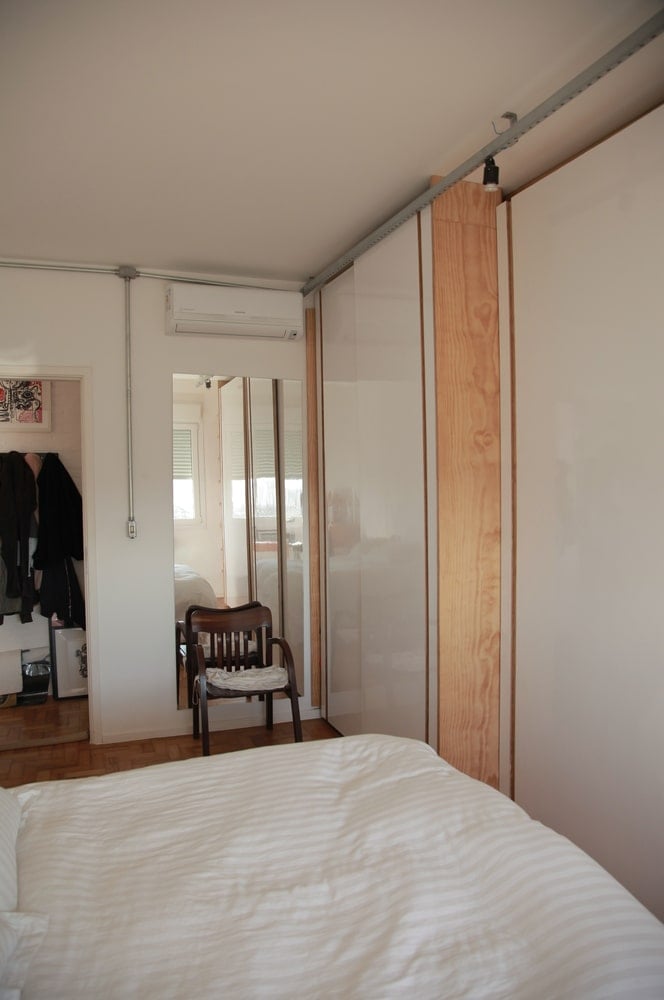 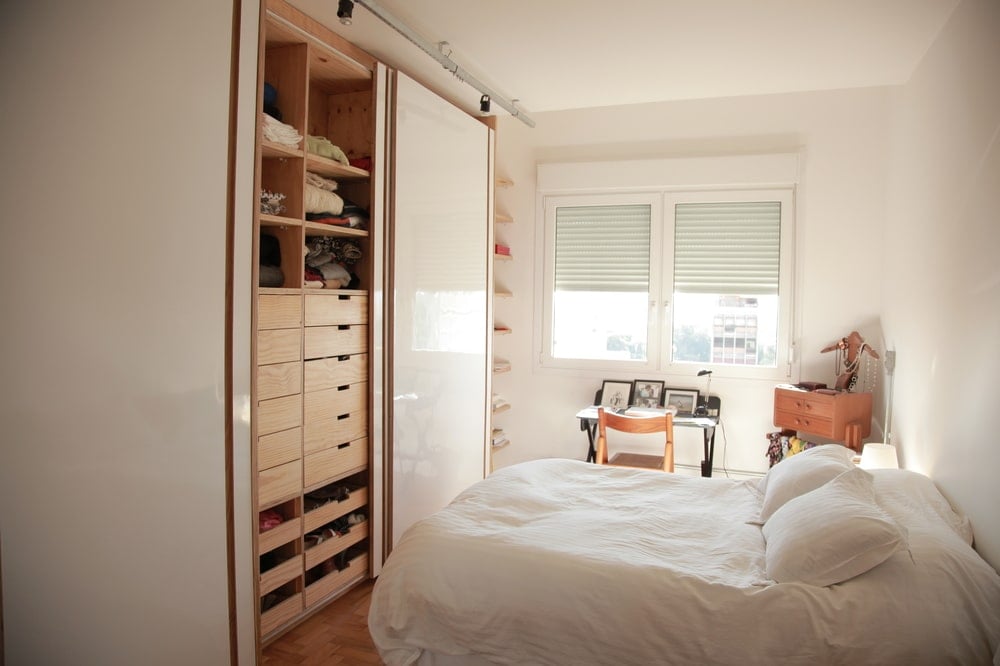 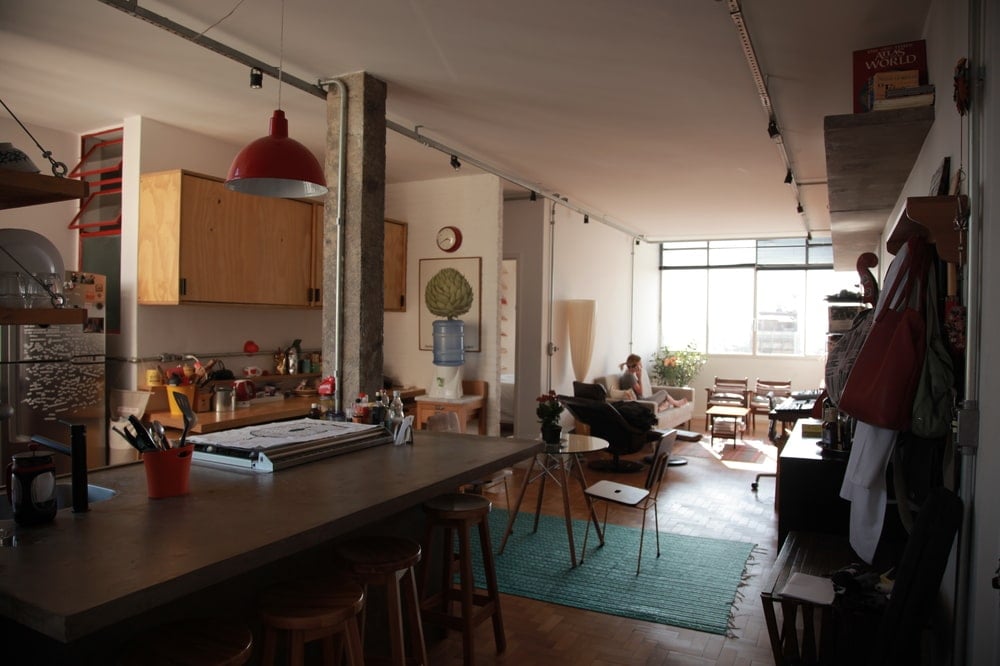 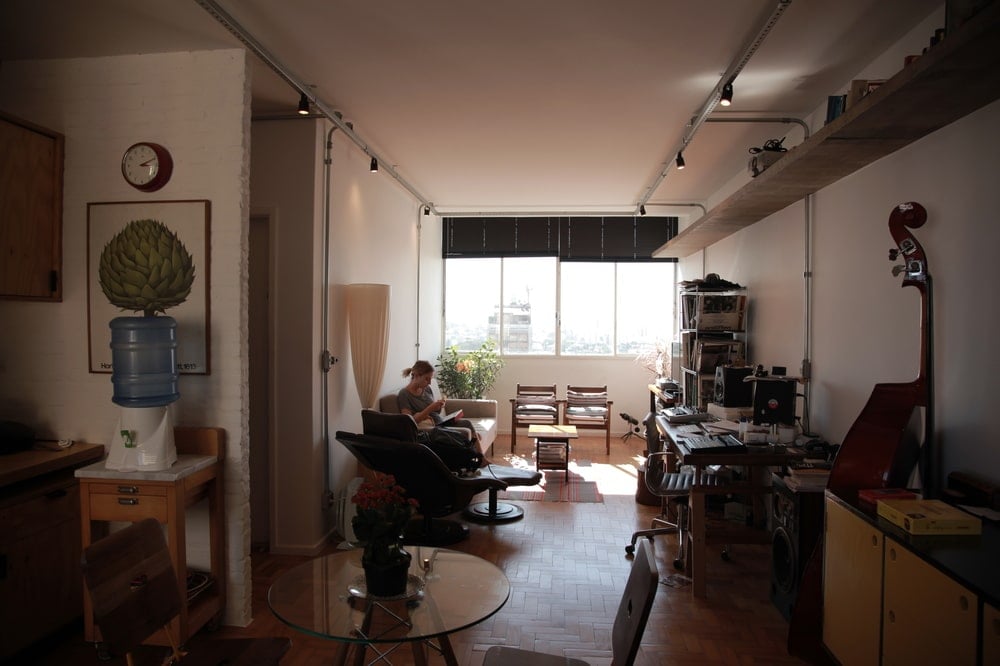 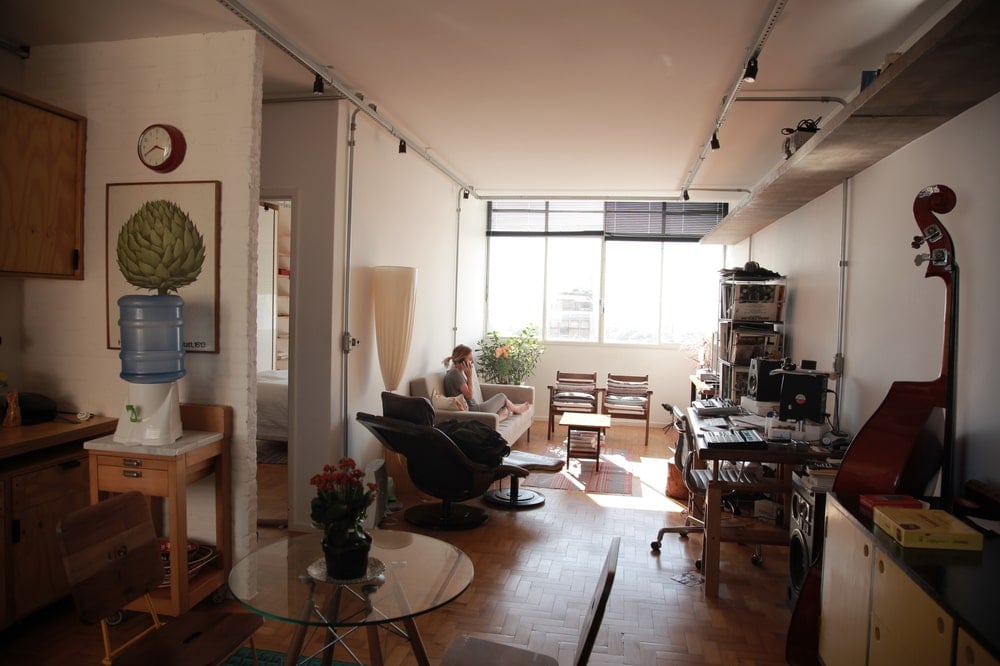