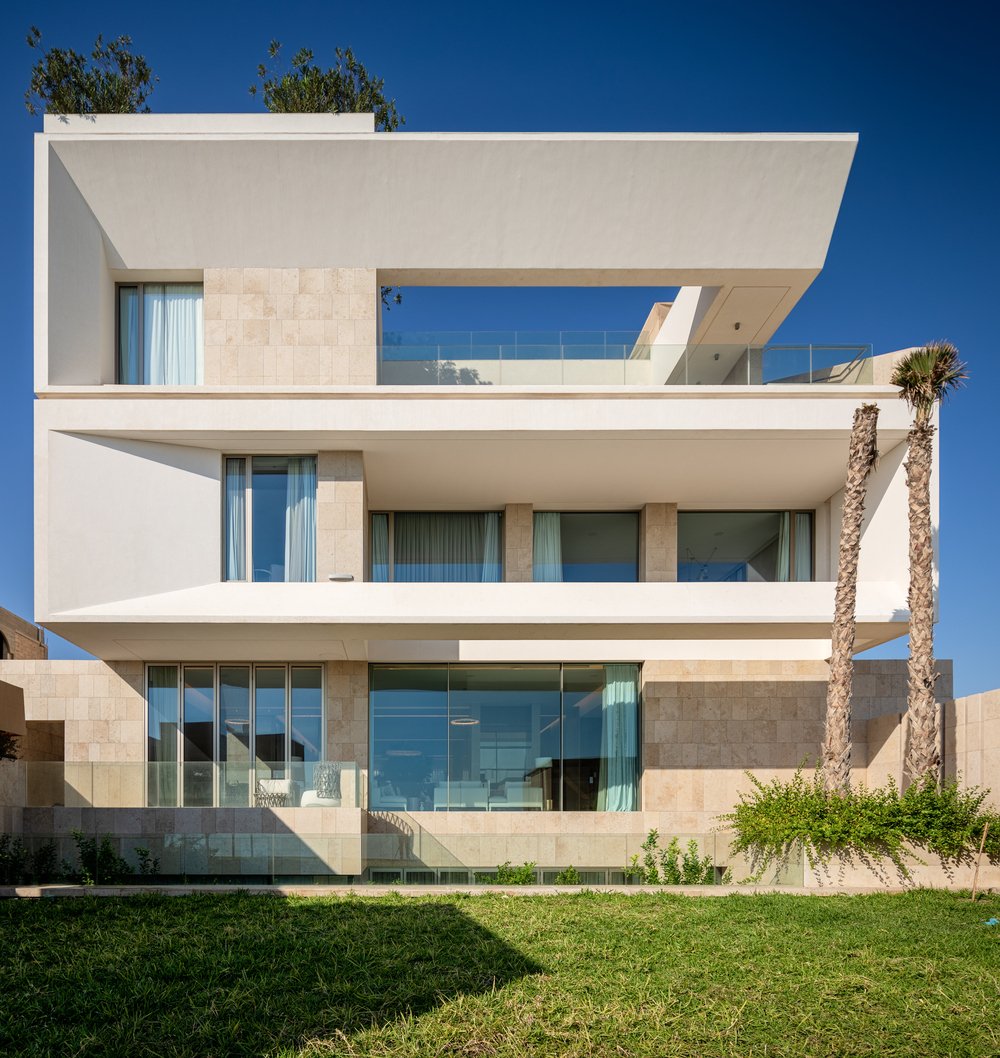 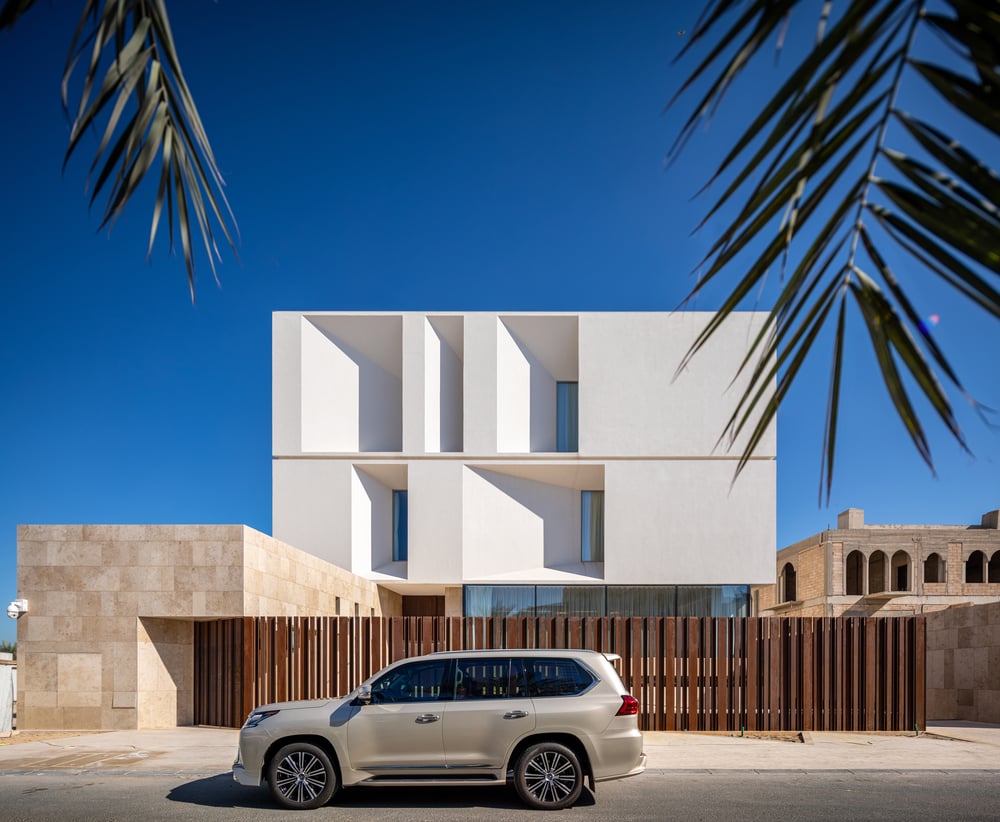 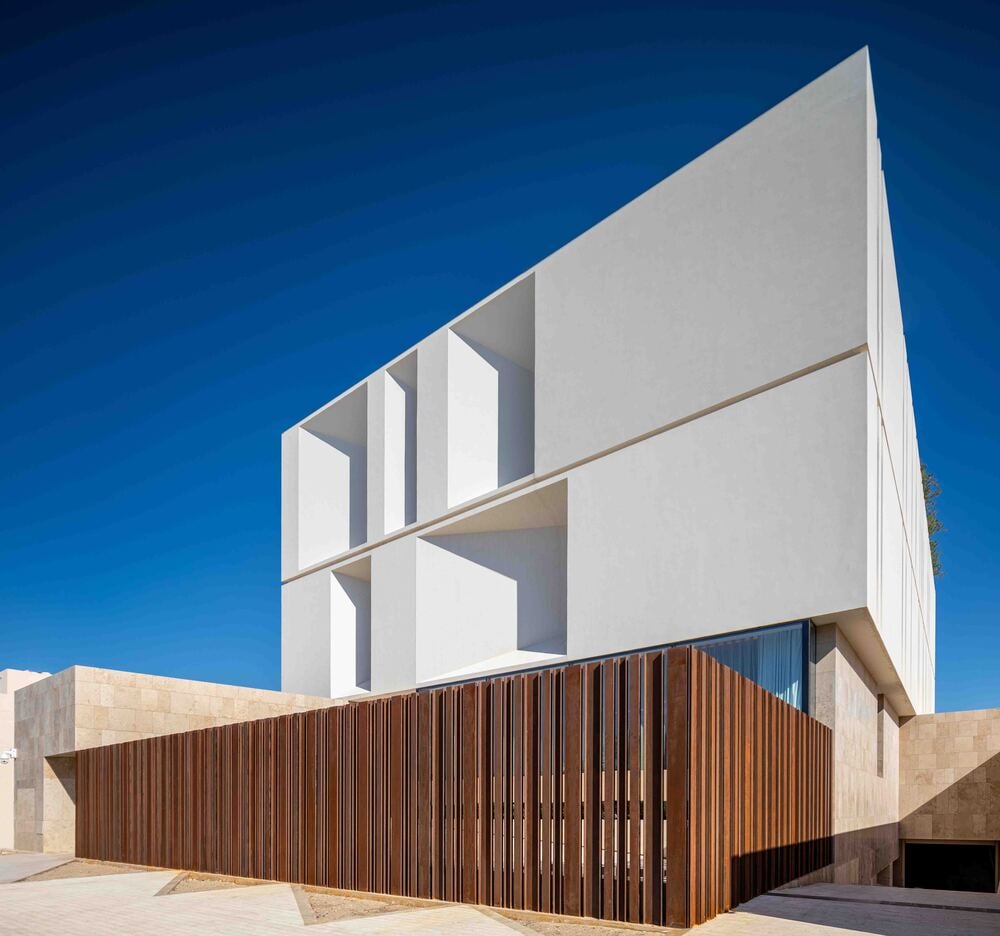 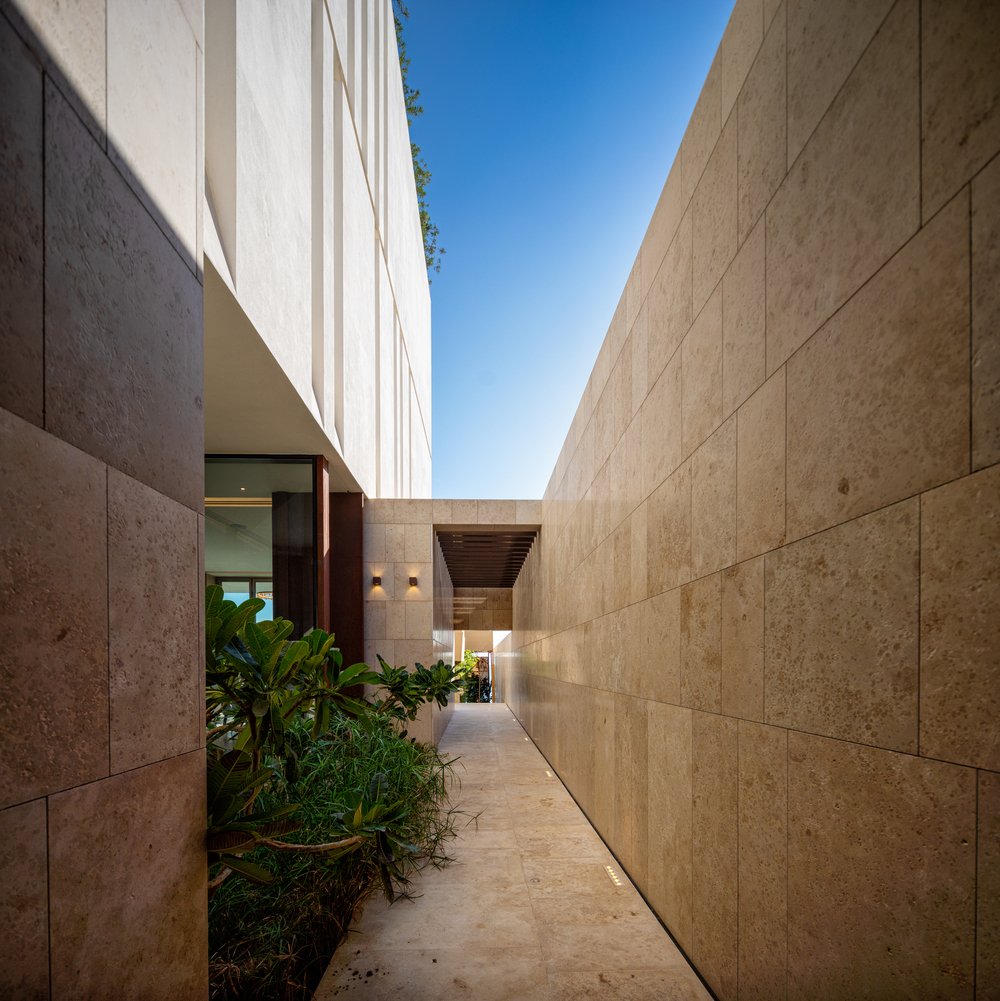 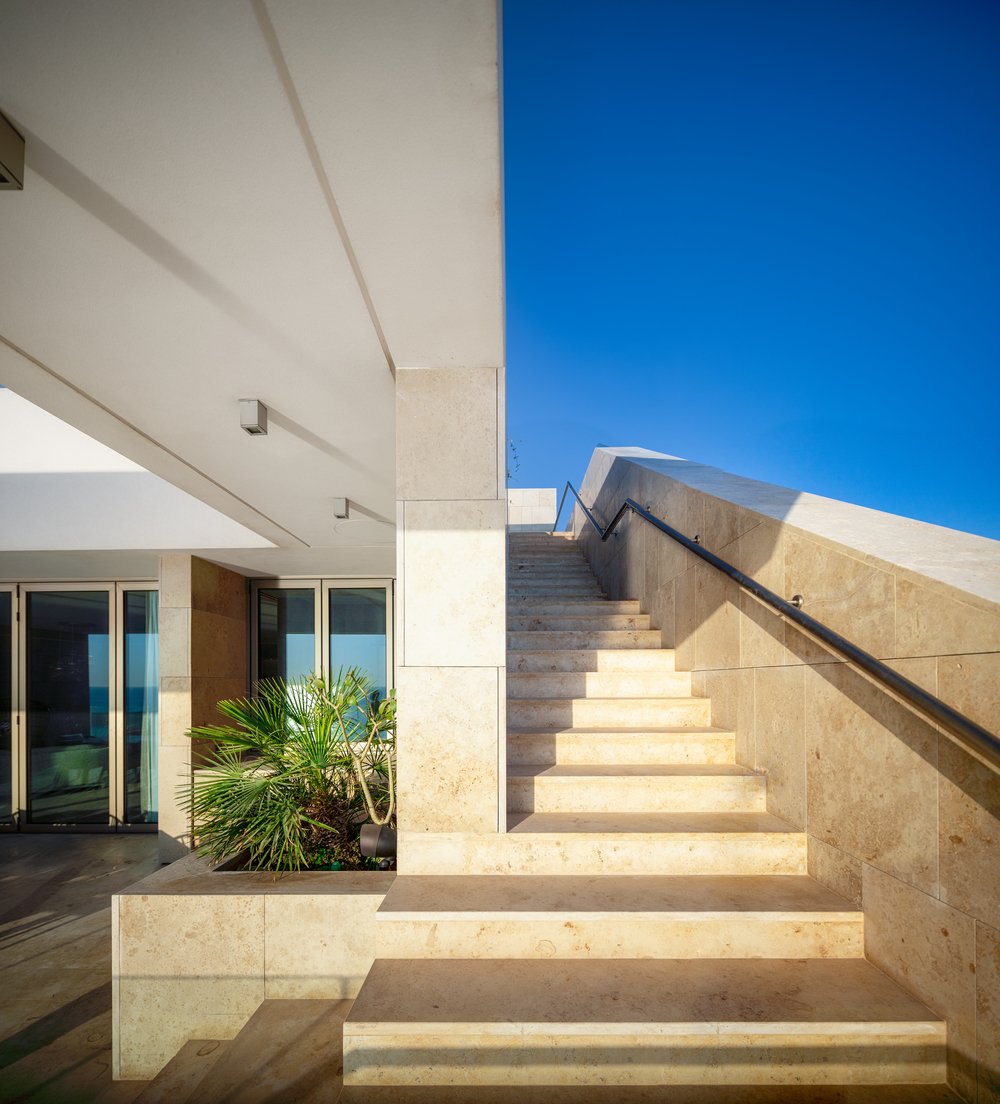 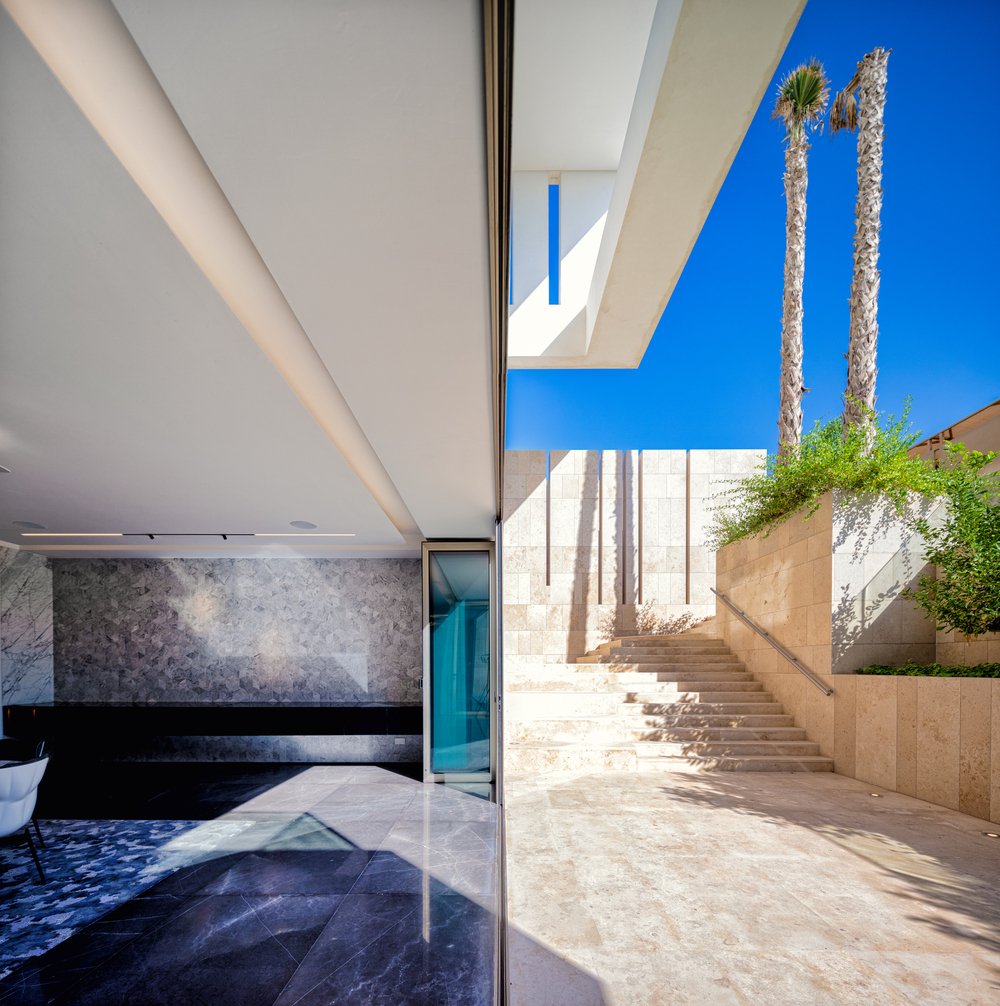 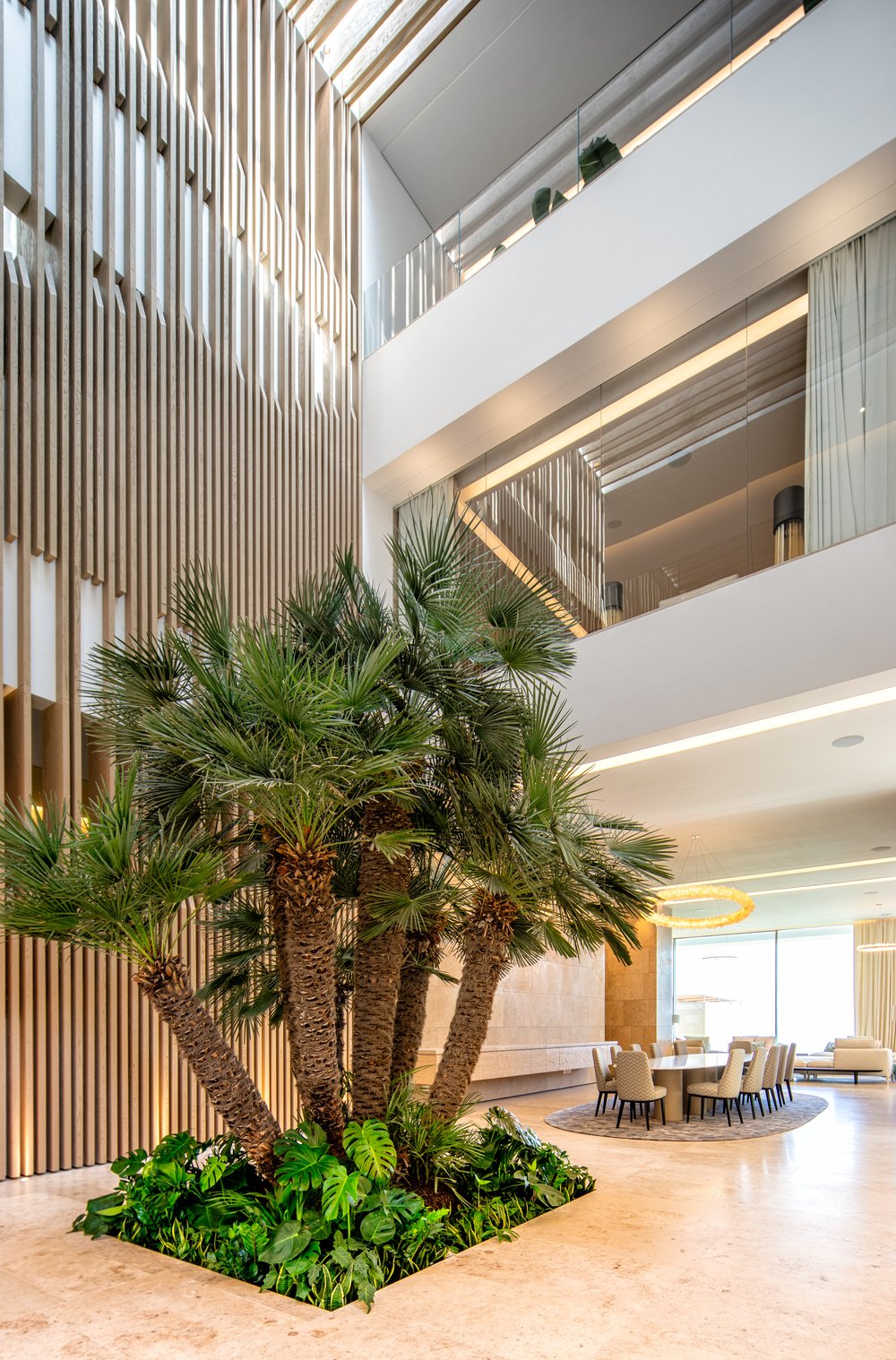 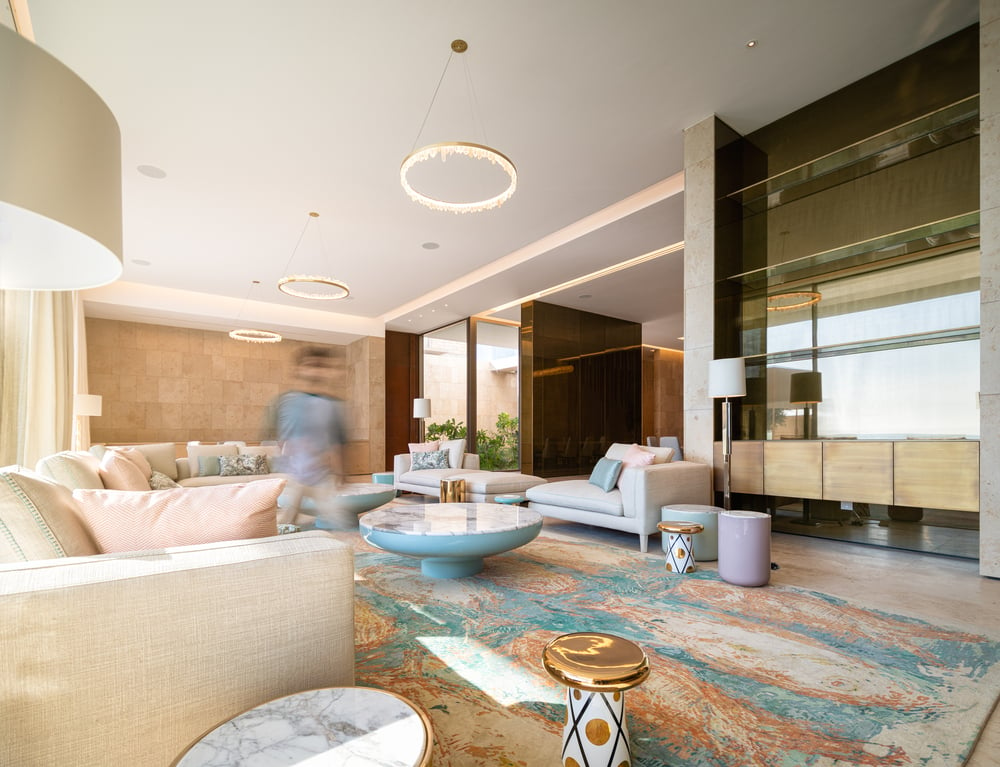 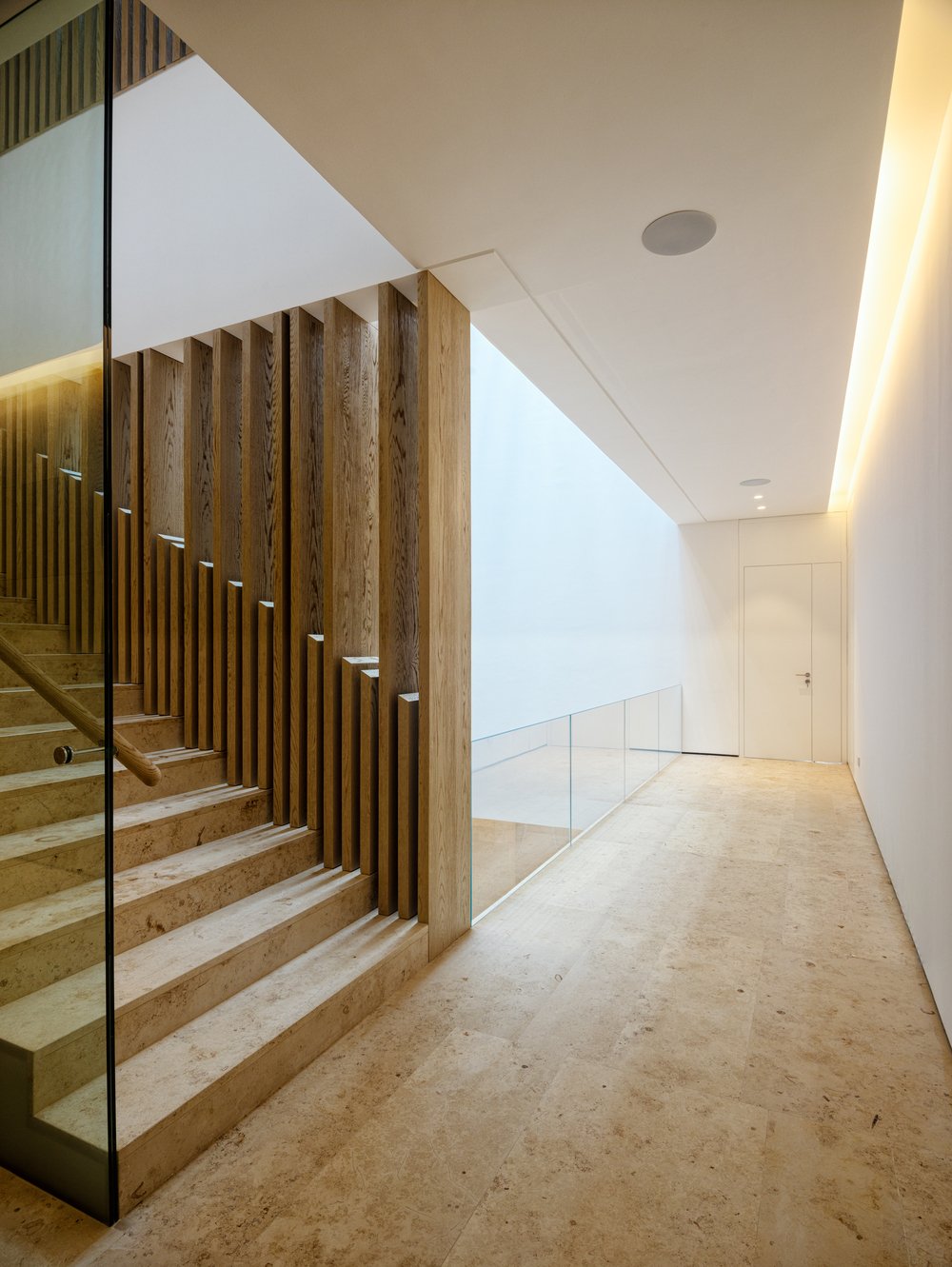 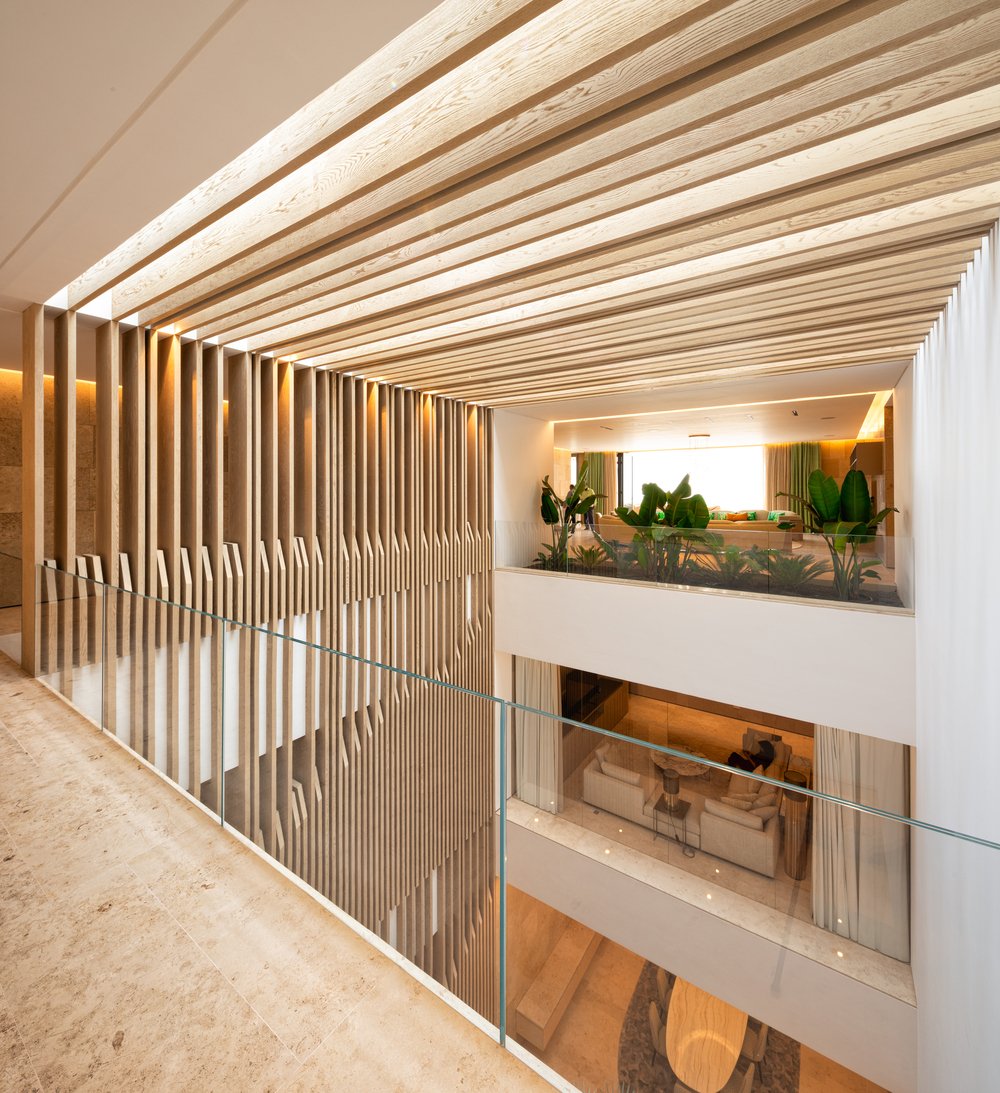 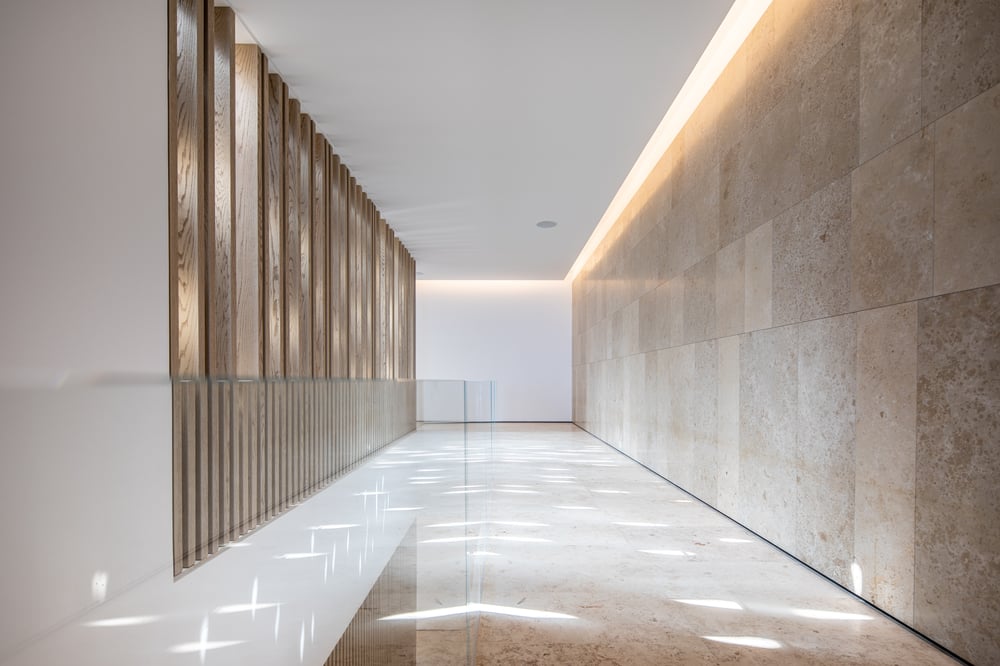 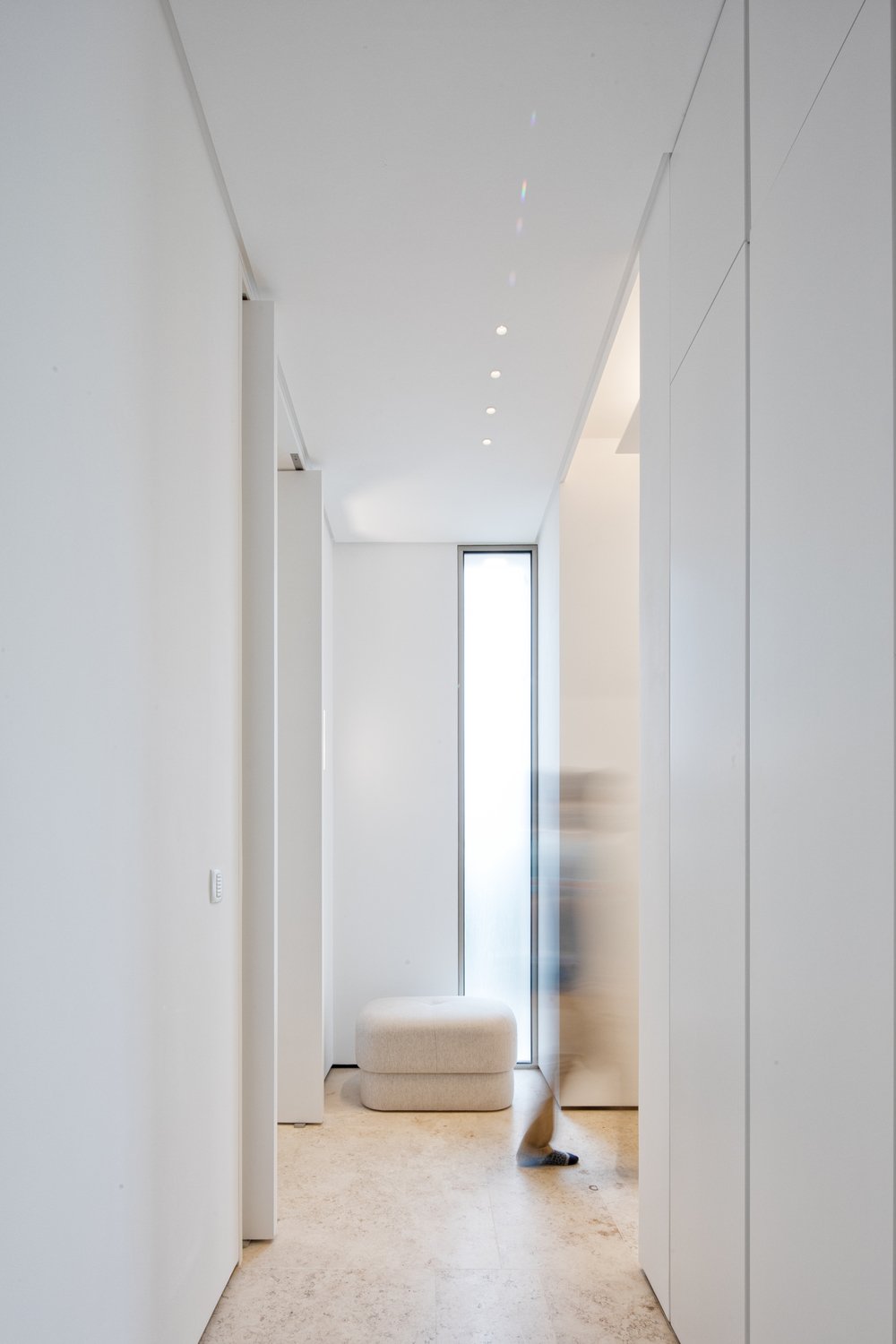 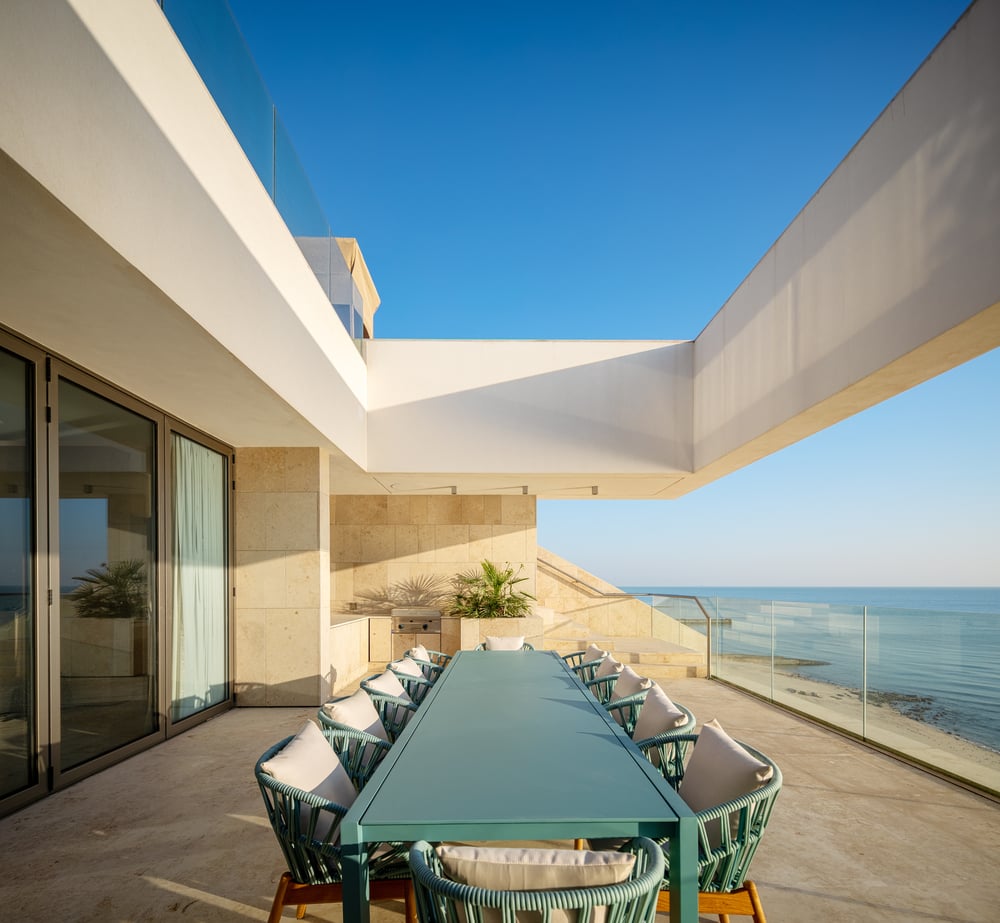 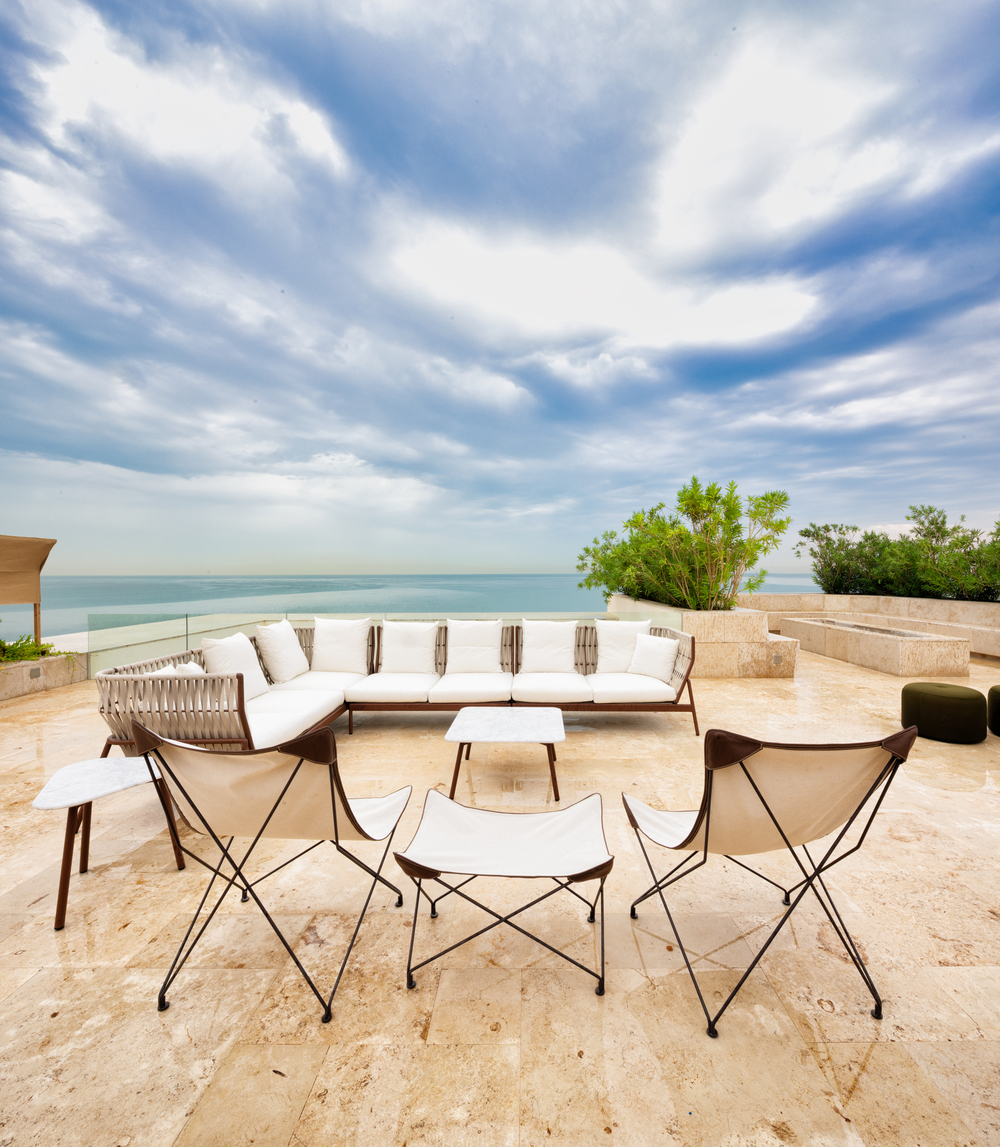 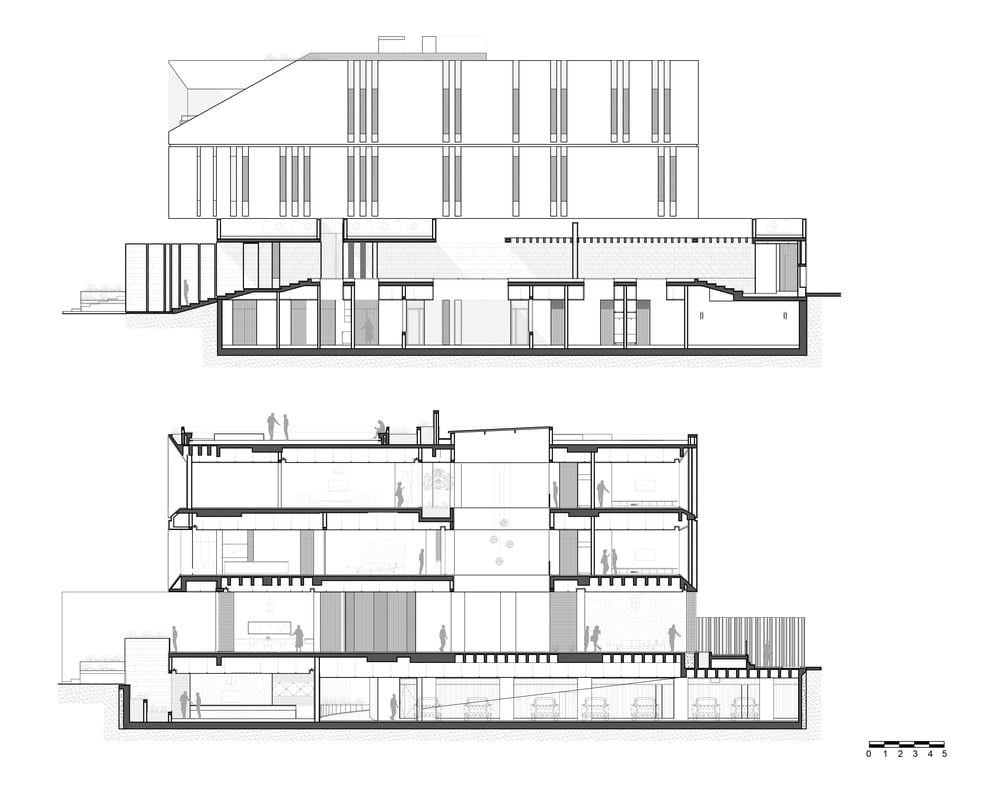 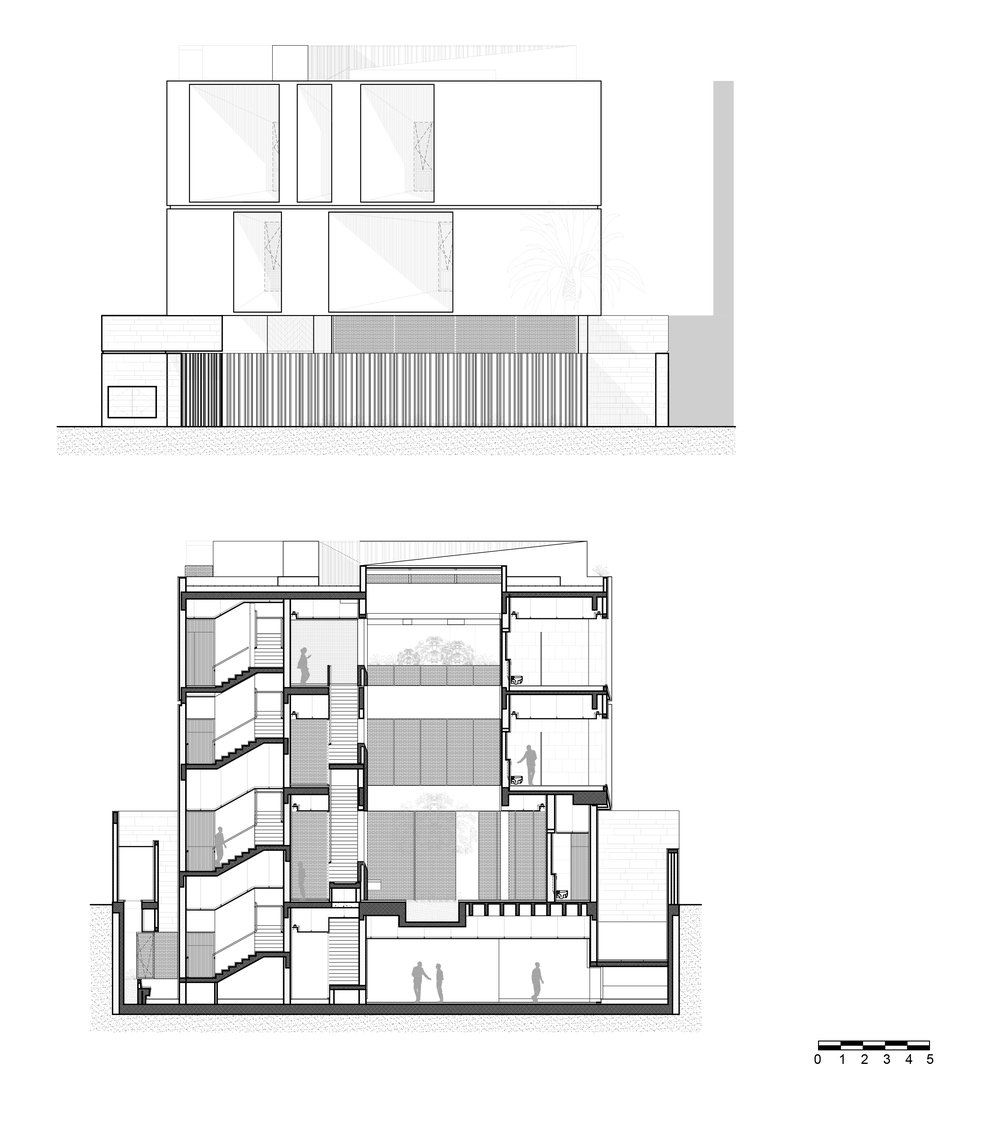 A Private Residence on the Coast – Reborn House

Reborn House is a seaside property in Bidaa, Kuwait. With the western elevation facing a busy street, we opted to carve a series of openings out of the main mass. Cuts were made at acute angles and the windows were set within a slight tilt. By partially masking the windows, we were able to create shadows that minimize solar heat gain while allowing for diffused light to enter the house. On the other hand, the eastern elevation (facing the sea) benefits from deep-set openings and balconies that maximize both views and shade.

When the client first approached us, the initial foundation had already been laid out before they decided to change the design. The general spatial configuration from the previous design had to be retained for the organization of programs in the plan.

All main open spaces, such as dining, living, and reception spaces, are situated to the East and the West while the services and corridors are along the Southern and Northern facades. Amenities, such as dressing rooms and bathrooms, receive light through the slit windows from these elevations that face the neighboring homes.

This private villa includes a large interior atrium bringing in lots of natural light to the heart of the house, while the internal corridors connect the main functional spaces from both ends. The main atrium is lined with louvers that serve as form and function: shielding the view of movement along the staircase, and activating the triple high space with a texture that creates a play of shadows throughout the day.

The exterior volume consists of a white orthogonal mass sitting on a stone plinth that has been carved into for accessing the ground and basement levels. On the Eastern facade, the carved mass acts as a sunken courtyard for the guest reception while the stone cladding continues to the interior spaces as flooring and wall cladding for the core wall. The stone wall, the white walls, and the wooden louvers create a playful contrast energizing the central atrium.