Don't like glass for a shower door?  You're not alone.  Many people are looking for alternatives to glass doors. We set out viable alternatives with photo examples here as well as explain pros and cons of each. 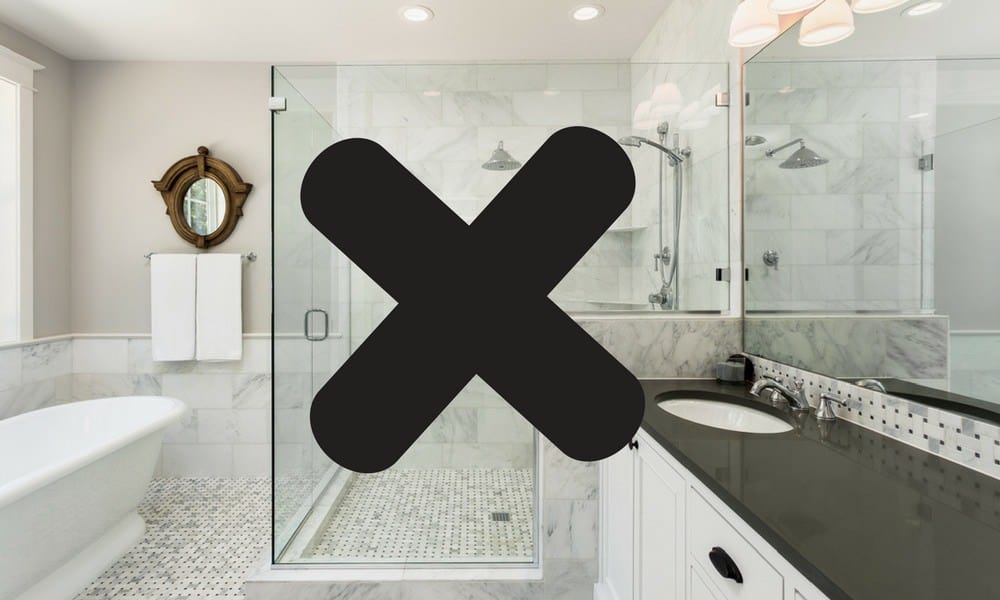 Don’t like glass for a shower door? You’re not alone. Many people are looking for alternatives to glass doors.

Unfortunately, there aren’t a lot of options, but what options there are, we set them out below.

1. Glass:  Glass shower doors can swing or slide. They come in glass or tempered glass.

2. Curtains: Single plastic curtain or two layers with plastic inside and fabric outside.

3. Nothing (open): This is common in Asia and is becoming a more viable option with large walk-in showers.

B. Alternatives to Glass Shower Doors

You can opt for a single plastic curtain or a two-layer curtain with plastic inner and decorative fabric outer.

To hang up your shower curtains you can use vinyl or polyester rings that you suspend from simple tension rods. Alternatively, you can suspend a curtain from the ceiling… although this is not a common method.

a. Benefits of shower curtains

These curtains usually come with several benefits that you can count on in both the use and maintenance of your shower. Well, here are some of the things you can use.

i. Easier to clean

If your curtain becomes dirty over time, you can easily pluck it off and pop it in the wash, and in minutes, it will be ready for use again. This could prove more efficient than glass doors that you might have to deal with the gunk and mildew collecting on the doors. Besides, these curtains make it easier when it comes to cleaning the bathtub itself.

ii. Easy and inexpensive to replace

Another great thing about curtains is that you can swap the old ones with new ones fast. If you want to change the style or replace a worn out one, curtains could be the way to go, and you will hardly need a pro to help.

As a parent of 2 young kids, this is a huge benefit of curtains. Our previous home had sliding glass doors and it was much more difficult bathing our infant son. Because half of the opening is covered in glass, it’s hard to reach in and have full access to kids, especially if two kids are in the tub at the same time.

If you opt for a two-layer curtain, it can look really nice with the fabric outer layer serving as a decorative curtain that drapes on the outside of the tub edge.

A fully transparent glass shower door doesn’t offer much privacy inside the bathroom. If a shared bathroom this could be a concern. Curtains provide more privacy.

If you have a tub/shower combo, you pretty much have no choice but to go with a curtain. Yes, you can have sliding glass doors mounted on top of a bathtub ledge (we had one), but more tub/shower combos use a curtain.

The curtain look, whether single layer or fancier two-layer look is a more frilly look; not as sleek and simple as glass doors.

You need to tie it back and ensure it’s draping on the inside of a tub. It’s not as hassle-free as glass doors.

Anyone with a curtain knows they rip off the rings at some point which looks bad and then needs to be replaced. 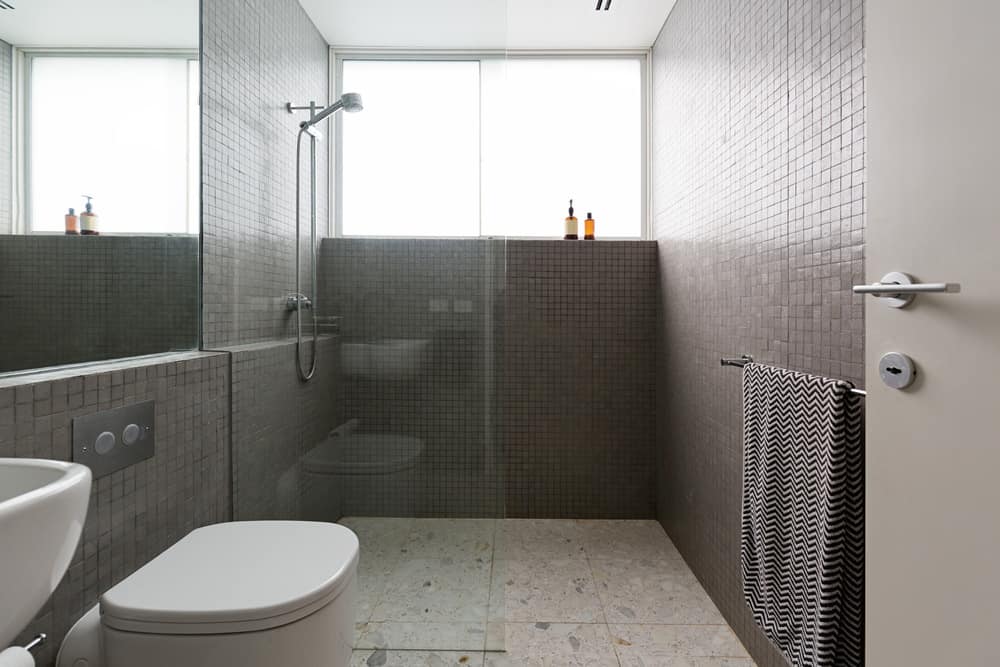 Another option is to use nothing, which is common in Asia. I don’t think this is a great option for tub-style showers, but for large walk-in showers where the shower spray is contained within the space, it’s a fabulous option.

a. Benefits of no shower door or curtain

i. Nothing to clean

You don’t have to worry about mineral deposit or scum on the glass or the frames.

ii. Easy to enter and exit

With no curtain to manage or glass door to open, it’s very convenient to enter a shower with no glass door. I love this style; it’s very freeing.

b. Disadvantages of leaving it open

Unless it’s properly planned and designed, a doorless shower can end up spraying water outside of the shower area which means towelling it up after every shower. If left undried, you can end up with mold and water issues.

If you have a penchant for privacy, an open shower doesn’t provide as much privacy as a brushed glass door or curtain.

If you have a tub and shower combo, unless you build a glass walled area and tile everything inside surrounding the tub, going doorless isn’t an option.

Here’s an example of what I’m talking about. While the example below isn’t a shower, the concept is one where if properly tiled and walled off, could turn create a bathtub/shower combo with no door. 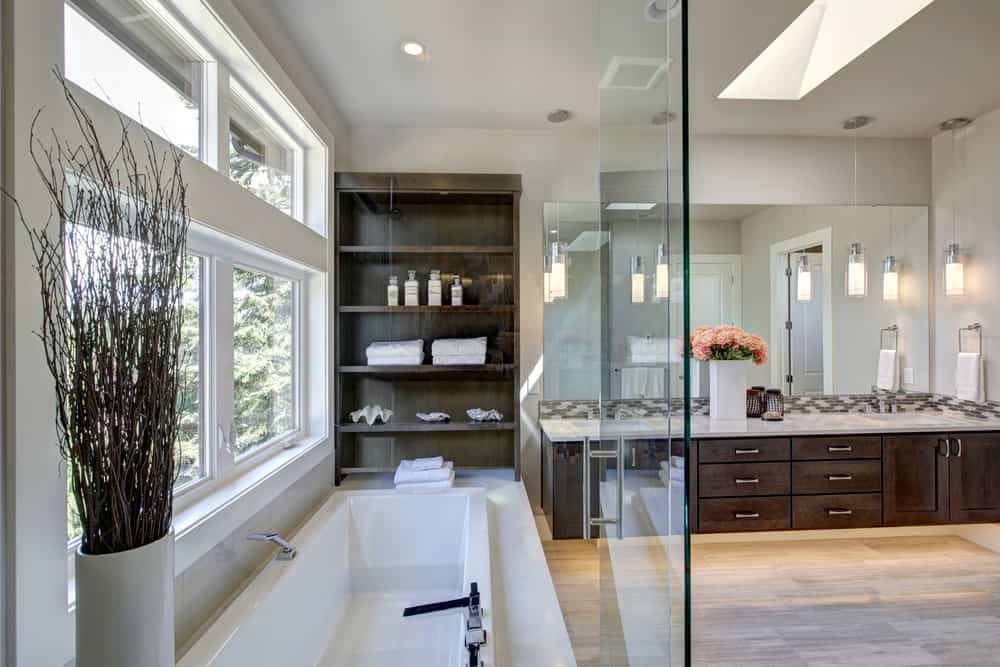