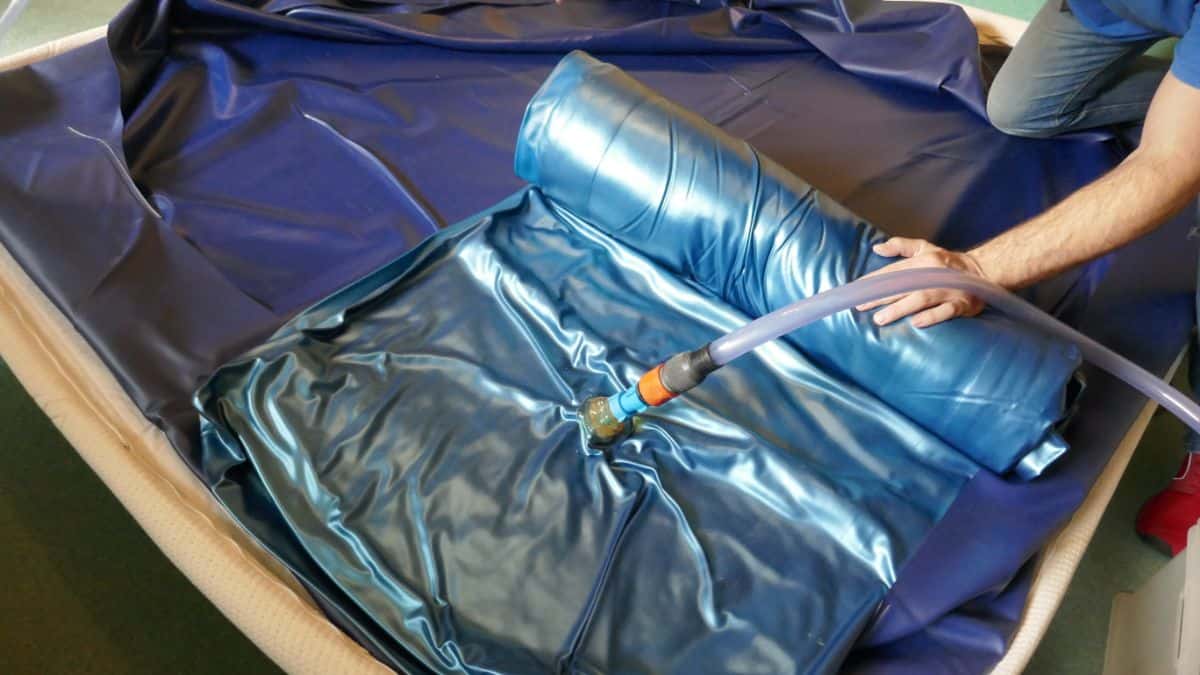 Table of Contents Show
What is a waterbed?
The peak of waterbed popularity
The waterbed’s diving popularity
Will there be a waterbed come back?

What is a waterbed?

A waterbed namely is a mattress filled with water. The mattress case is typically made of waterproof vinyl, and covered with a thin foam mattress or topper. The waterbed contains a set of heating coils to regulate the temperature of the water inside.

Because of the tendency of the waterbed to expand outwards, it is contained within a hardwood bed frame. Later waterbeds would eliminate the need for a hardwood bed frame through the use of a “rectangular frame of sturdy foam”[5]. Many waterbeds also include ‘baffles’ or inserts, which are mechanisms to decrease the wave motion caused by movement on the mattress which could create a ripple of waves and wake the person next to you. 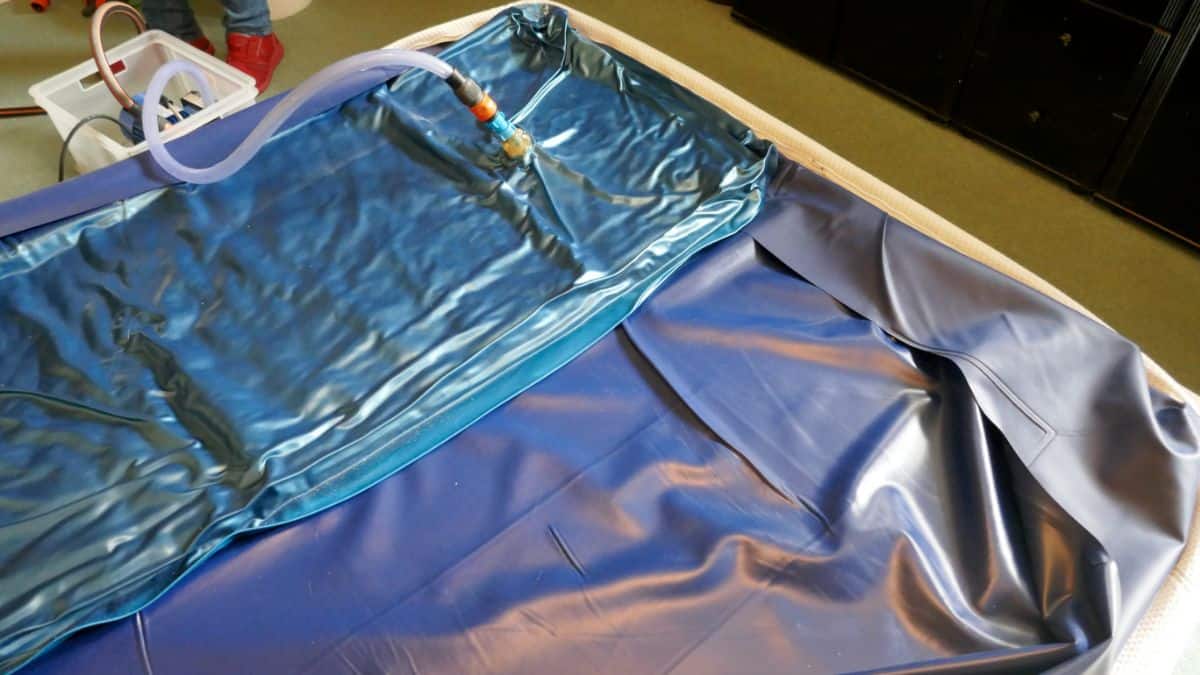 Who invented the waterbed, and why?

Charlie Hall, an industrial design student at San Francisco State University invented the now-iconic waterbed for his master’s thesis project in 1968. Charlie Hall’s intention with the waterbed was to build furniture that focused on comfort rather than design. The revolutionary designers of the 50s and 60s, like Eames for example, focused heavily on the visual appeal of modern furniture, but not necessarily comfortability.

Hall was challenged with the assignment of a design project to “analyze and improve human comfort”[2]. For this project, Hall spoke with physical therapists and doctors in preparation for this project, and the experts enlightened Hall on the soothing benefits of whirlpool baths. This mention of the healing properties of water sparked an idea in Hall.

His first prototypes however would be less than successful. He started with a chair filled with 300 pounds of cornstarch gel[3], which would inevitably rot. With this defeat, he moved on to using JELL-O as filling, but this too would fail.

These attempts eventually lead to Hall recognizing the more simple (and sanitary) option of using water as a filling. Hall submitted a waterbed prototype for his thesis and it was a standout hit. He would go on to patent this idea just a few years later, anticipating the success of the waterbed.

Hall not only wanted to provide comfort, but he also wanted to create furniture that would completely “eliminate pressure points and use heat to relax muscles”[4]. Hall actually wasn’t the first to attempt to harness the benefits of sleeping on water. Almost 200 years before Hall would patent his waterbed, a physician by the name of Dr. Neil Arnot created the ‘hydrostatic bed'[1].

Some historians even argue that waterbeds date all the way back to the “3600 BCE, when Persians filled goat-skin mattresses with water warmed by the sun”[3]. Luckily, by the late 1960s, Charlie Hall didn’t have to depend on animal skins or natural sunlight. Thanks to technological advancements in the production of vinyl, the waterbed was much more comfortable and sophisticated than earlier renditions. 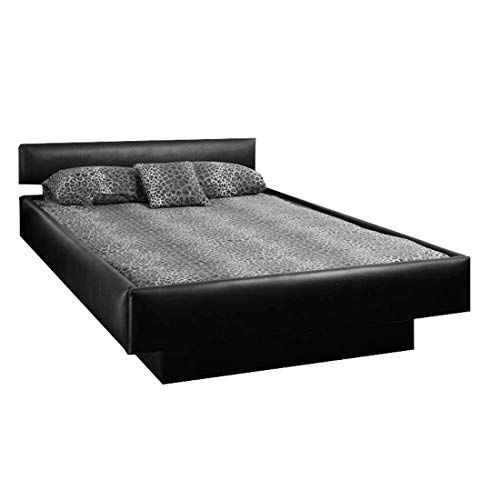 The peak of waterbed popularity

After inventing and patenting the modern waterbed in 1968, this new groovy way to sleep started making waves across California, and then the rest of the United States. With the cultural context of San Francisco as the Hippie epicenter of the world at the time, and having just exited the Summer of Love, the waterbed became an instant counter-cultural staple. The waterbed conveniently “emerged during a time when the culture embraced anything different”[4], and Charlie Hall took advantage of this opportunity, initially naming one of his waterbeds ‘The Pleasure Pit'[3].

The waterbed at the time was accordingly marketed to target the free-love hippies of the 1970s, as well as bachelors. The waterbed shook up a market that had been relatively stagnant since the 19th century, and people were keen to dive into this far-out new invention.

By the 1980s the waterbed found a new audience with suburban families. While still popular with swanky bachelors, the waterbed’s promise of health benefits and a good night’s sleep attracted new family-oriented buyers. Waterbeds became a dominating presence on the mattress market.

At the height “of the waterbed craze, in 1987, more than one out of five mattresses purchased in the U.S. were waterbeds”[1]. The waterbed saw improvements like mechanisms that reduced the wave motion created by movement on the bed which had deterred some buyers beforehand. It also came in a number of new styles that were better integrated with the furniture already common in American homes.

The waterbed had become a $2 billion industry by the late 1980s and around 15% of Americans were sleeping on a waterbed[3]. If the waterbed had such a successful start, what lead to its downfall?

By the 1990s the novelty of the waterbed had begun to dry up. The waterbed represented the past, and the 1990s home was all about the brand new. One of the downfalls of the waterbed which made it less attractive to homeowners was the inconvenience.

The installation of waterbeds included extremely heavy bed frames, and running hundreds of gallons of water into your bedroom. Not to mention the possibility of a leak which could be particularly destructive. Because of the risk of leaking, some apartment complexes actually went as far as banning waterbeds[1].

When completely full, a waterbed could weigh over 1000 lbs, which made them impossible to move without draining. The draining process itself was also very complicated, requiring electric pumps. 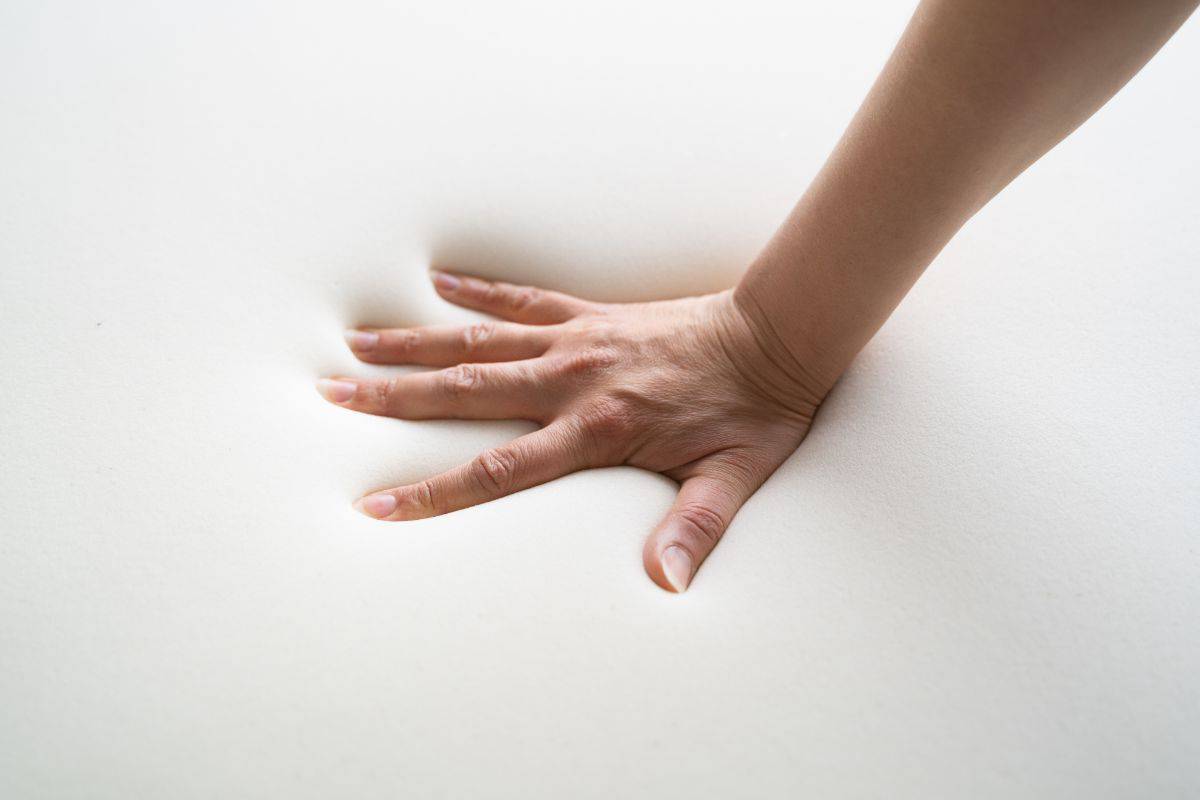 Another factor that lead to the demise of the waterbed’s popularity was the Tempur-Pedic memory foam mattress. While the waterbed utilized water displacement to relieve stress on the body, memory foam was able to accomplish this with just the structure of the foam itself. Not to mention it was much lighter, and there was no concern over accidentally flooding your bedroom.

Will there be a waterbed come back?

There has certainly been a resurgence in the retro 1970s and 80s design in recent years. Does this mean the waterbed could be making a comeback? Some vintage collectors I’m sure will make the commitment to get the genuine retro feel, but the waterbed almost 60 years since its invention has broken into an interesting new market; farming.

That’s right, farming, and cattle farming in particular. Because the waterbed is made of vinyl, it is much more sanitary than the normal beds of cattle, typically made from wood chips, which can easily harbor bacteria.  Waterbeds have been shown to reduce infection and sores in cattle, and there are even companies that produce waterbeds solely for cows[1].

In reality, the waterbed never completely went away. It has just taken a new shape. It’s no longer the single water chamber that we saw in 1968. Modern waterbeds typically contain a network of smaller water chambers within a greater foam mattress body.

While the waterbed has fallen out of style, it definitely influenced the very diverse mattress market we see today. Charlie Hall broke the mold with the waterbed, and several other innovations were directly influenced by his big splash. So for those who want to embrace the groovy appeal of the original waterbed, or for any cattle farmers out there, the waterbed may still be a great investment for you.