Open plan living can create an illusion of more space, but what about those things you want to stay hidden? Let's dive into how we shifted from homes consisting of closed-off rooms to more open concept living, the causes of this change, its pros and cons, and whether or not we think this trend is here to stay. 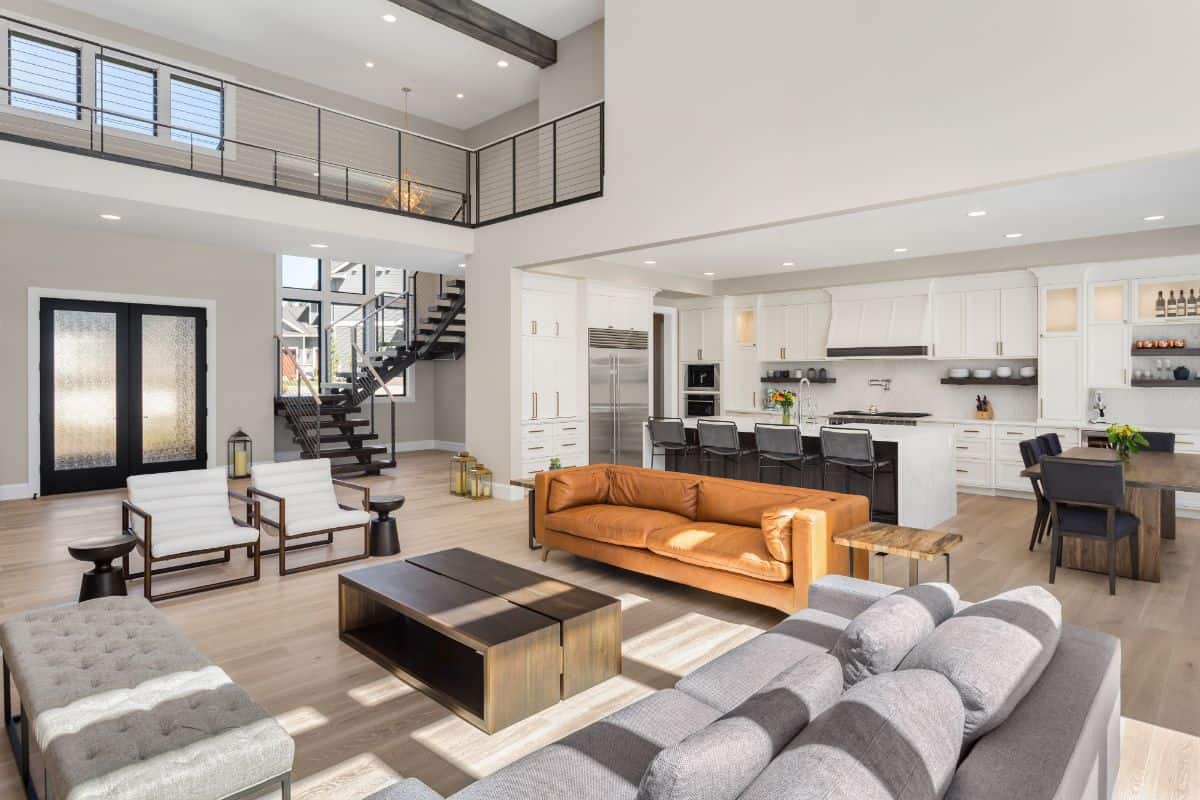 Tune into any home renovation show today and you will repeatedly hear references to open concept, and plans to ‘open up the space.’ Tear down a wall here, tear down a wall there, and create a massive multifunctional living space. The trend of open concept living is surely popular, but what are its origins, and are there any faults to this layout?

Open plan living can create an illusion of more space, but what about those things you want to stay hidden? In this article, we’ll dive into how we shifted from homes consisting of closed-off rooms to more open concept living, the causes of this change, its pros and cons, and whether or not we think this trend is here to stay.

What is Open Concept Living?

So, what exactly is open concept living? The Spruce defines an open concept as “an open floor plan in residential architecture…in which two or more common spaces have been joined to form a larger space by eliminating partition walls”[3]. Typically the floor plan would consist of opening up the kitchen, living room, or dining room into one great room.

Obviously, an open concept would not extend into the bathroom or bedroom (thank goodness). The trend of open concept living has dominated residential architecture for the last few decades and is often accompanied by a mass display of windows letting natural light spill in, and a modern design style. The open concept structure typically replaces load-bearing dividing walls with fortified beams, allowing for a more natural flow throughout the space. 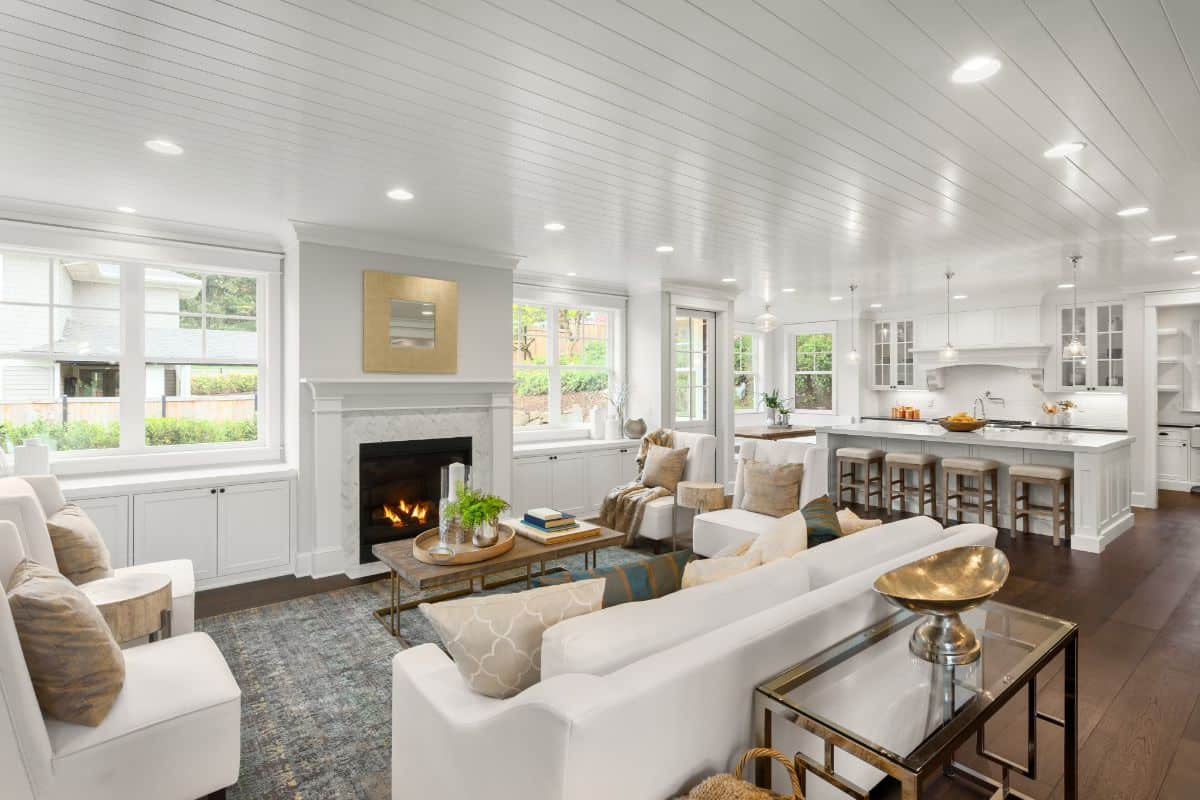 The residential architecture of the past was required to be more concerned with heating and cooling, and there was a great deal of emphasis on privacy, and class division. Closed-off rooms were able to trap more heat provided by stoves or fireplaces, and strategically placed windows provided airflow in the hotter seasons. Before the second world war, typical home layouts featured an entryway, followed by the main hallway that spread off into an array of different rooms, all serving their own unique purpose.

The Victorians for example (who lived during the mid 19th century to the turn of the 20th century) were in the midst of mass industrialization.

This led to economic prosperity, which then translated to larger and grander homes that due to “increased social interaction of the day meant that public and private spaces in houses were divided up and closed off with doors and halls into what could be a veritable warren of rooms”[2]. Certain spaces in the home, such as the kitchen were intentionally closed off, as for wealthier families the kitchen was reserved for hired help. It was therefore not a place of gathering like the kitchen is today.

While the open concept floor plan seems a product of contemporary design, some architects during this period were actively experimenting with an earlier rendition of open plan living. 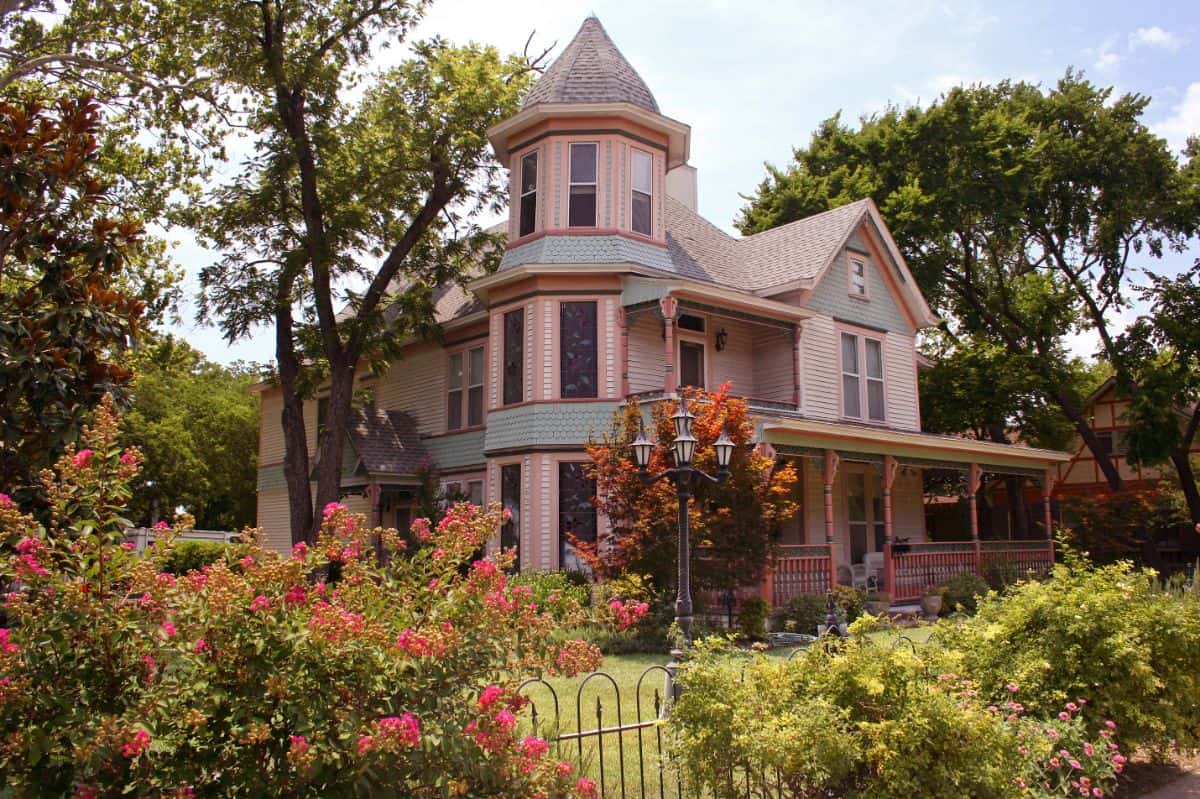 The later part of the 19th century saw incredible technological advancements. Homes transitioned from fireplace and stovetop heating to central and steam heating. Radiators could appear in each room of the house, therefore the layout of homes could be less dependent on a central hearth.

See also  Are Plantation Shutters Out of Style (in 2022)? Pros, Cons and Alternatives

These technological advancements also spawned new possibilities in terms of structure. The now widespread availability of steel enabled homes to depend on an internal skeleton for structural integrity, rather than load-bearing dividing and exterior walls. The home was able to blossom open with less dependency on walls for architectural support.

Correspondingly, the rigid formality of “Victorian society was evolving toward more relaxed lifestyles…Social interactions were becoming less formal. Interiors needed to be more adaptable, comfortable, and usable for all members of the family”[2].

Transitioning into the 20th century, homes were shrinking, and families were growing. Therefore the layout of the home had to accommodate. With more children and less room for single-purpose rooms, a room had to now take on several identities. The dining room served as a place for dining but also gathering, studying, reading, family time. With this loss of space, a home full of divided rooms no longer made sense, and therefore the open floor plan began to take shape.

The Conception of the Open Floor Plan

The architect credited with introducing open concept living is American, Henry Hobson Richardson. Richardson’s “Hay and Paine houses, built in 1886, feature a living room that flows into a dining room”[2]. A number of ‘Shingle-style’[2] architects also contributed to this push towards the open plan across the United States, however, most notably was architect Frank Lloyd Wright who incorporated the open floor plan as an elemental part of his design style.

Frank Lloyd Wright cemented open concept living as a part of American architecture. Wright’s intention was “to reduce the rooms in a house to the barest essentials, have those spaces be free-flowing, and unify the outdoors with the indoors”[2]. The open style was furthered through the use of large floor-to-ceiling and panoramic windows, creating a harmony between the indoors and out.

The natural flow between rooms created by Wright’s open concept would eventually influence architects across the globe, and the open concept home would become the new normal of American design. An open floor plan could be found in even the most modest of homes. 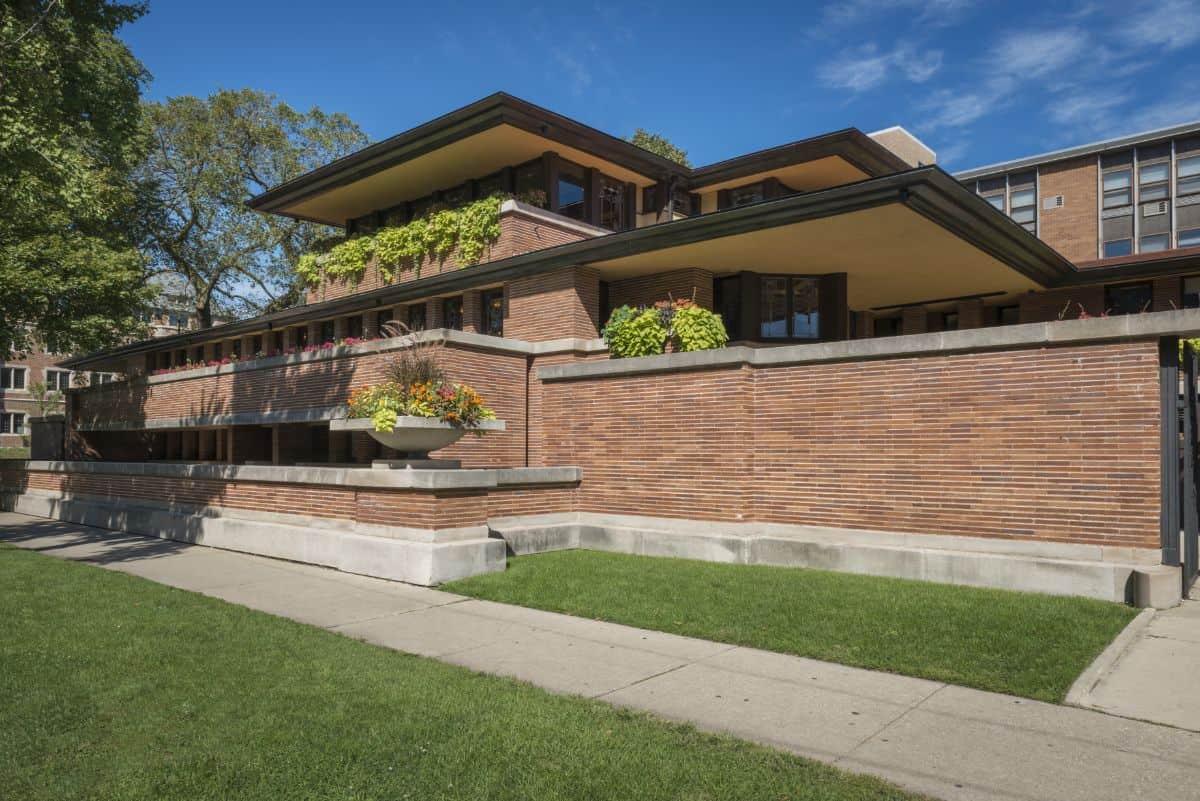 With the new floor plan here to stay, certain technological improvements allowed open concept living to remain comfortable in all parts of the world, but not without a cost.

Central heating invented in the early 20th century kept rooms warm, but the new massive combination rooms created by open floor plans would naturally increase the cost of heating and require more energy. Central cooling also faced the same issue. Previously, homes were designed with the regional climate in mind. For instance, small rooms, with several fireplaces would combat the brisk winter, and strategically placed windows would create cross breezes in the summer.

Now, however, contemporary heating and cooling mechanisms act as a bandaid for poor environmental consideration. 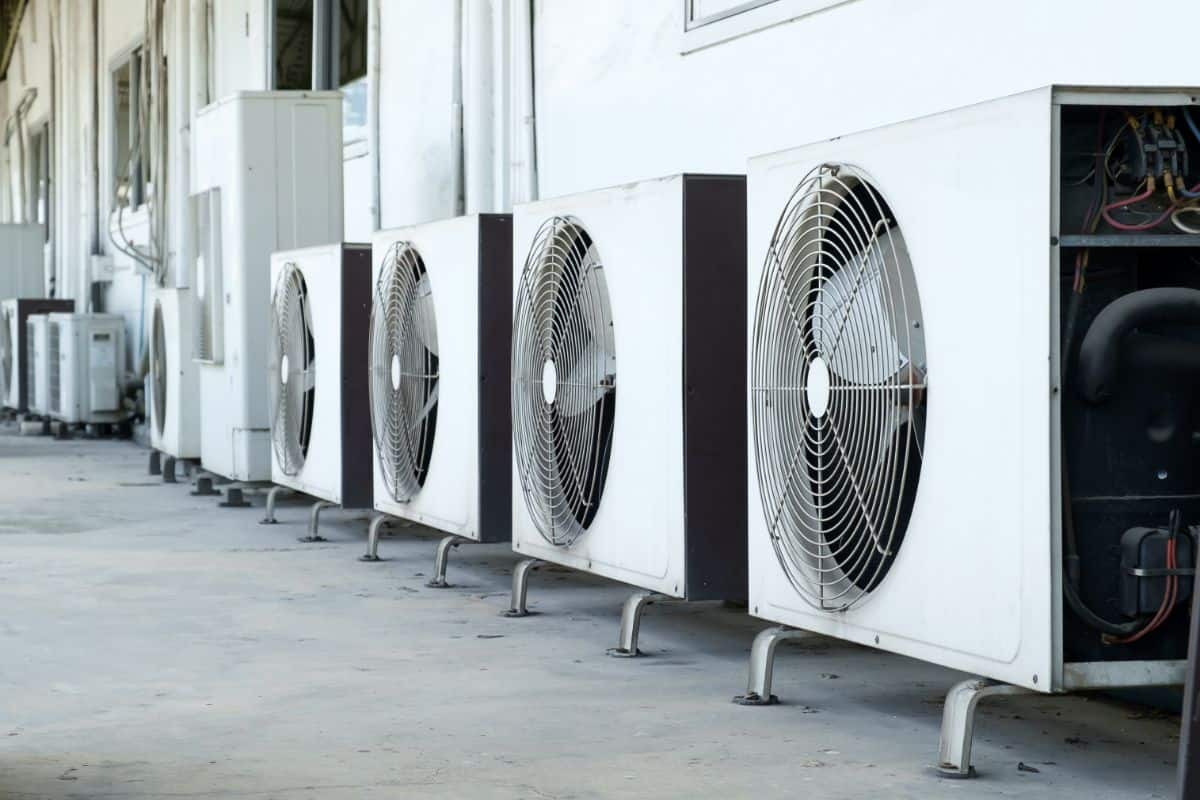 Homes no longer had natural defenses against the environment, rather new inventions solved or attempted to solve problems caused by the homogeneity of the new suburban style. “These homes with their wide-open layout and disregard for the environment need more energy to heat and cool, and that’s a problem because we are headed straight for a global cooling crunch”[1] says Cheddar News. In fact, “the United States consumes more energy on cooling alone than the entire continent of Africa uses for everything”[1].

Therefore, with the continued building of copy-paste homes, made without consideration of the natural climate, our energy usage will just continue to increase. So, how can we resolve this? 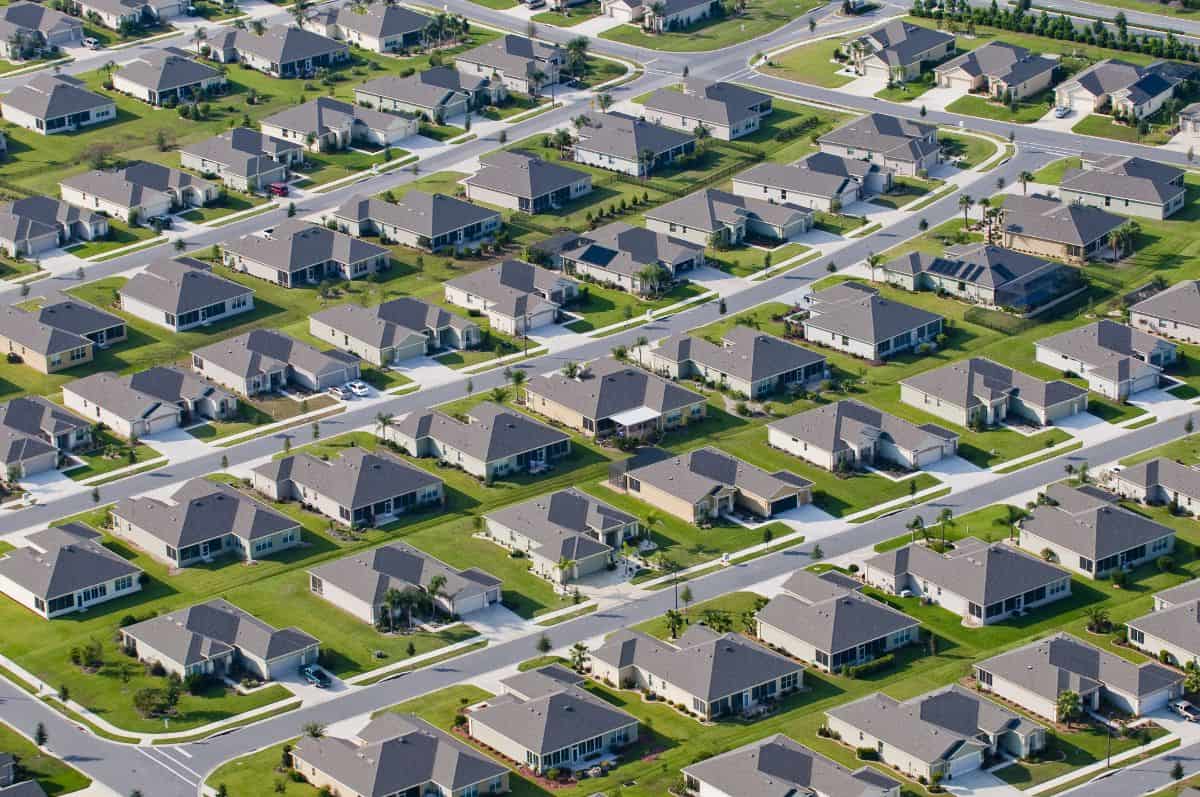 How to Resolve the Problem of Open Concept Living

In order to resolve the energy leeching problem of the open concept home, is to look back to building methods that took the natural environment into consideration. Not every climate can responsibly sustain an open concept sadly. Some examples of natural cooling methods include ‘Stack effect ventilation’[1], and mirrored windows, in other words, windows that face one another across the room in order to assist natural airflow.

Unfortunately, those who don’t have the luxury of building their own dream home will have to make do with what is already out there. This may mean your apartment naturally is colder in the winter, and hotter in the summer due to poor design. Therefore, many are dependent on the continued use of central heating and cooling.

Strategic placement of fans in the summer, and rugs and weather strips in the winter could be a more sustainable way to save yourself from turning the thermostat a few extra notches, both for the sake of your pockets, and the environment.

Open Concept Living as an Ideal

There’s no denying that open concept floor plans are beautiful. But they do come with faults. You can have amazing natural light, but very poor sound absorption. You can hear your partner call your name from the other room, but you can also hear them screaming at the television while youre in the kitchen.

You can watch your child study at the dining table while you relax on the couch, but you can also see all the way to the bothersome mess in the kitchen. You can have beautiful panoramic windows and a view into the garden, but your heating and cooling bill is through the roof.

Like any other floor plan, there are pros and cons. The most worrisome being the environmental cost. If you are planning to move into or design a home with an open concept, ask yourself if it really makes sense to heat a massive kitchen/living/dining room year-round in Alaska, or if another layout may serve you better. While beautiful, open concept living is naturally high maintenance. 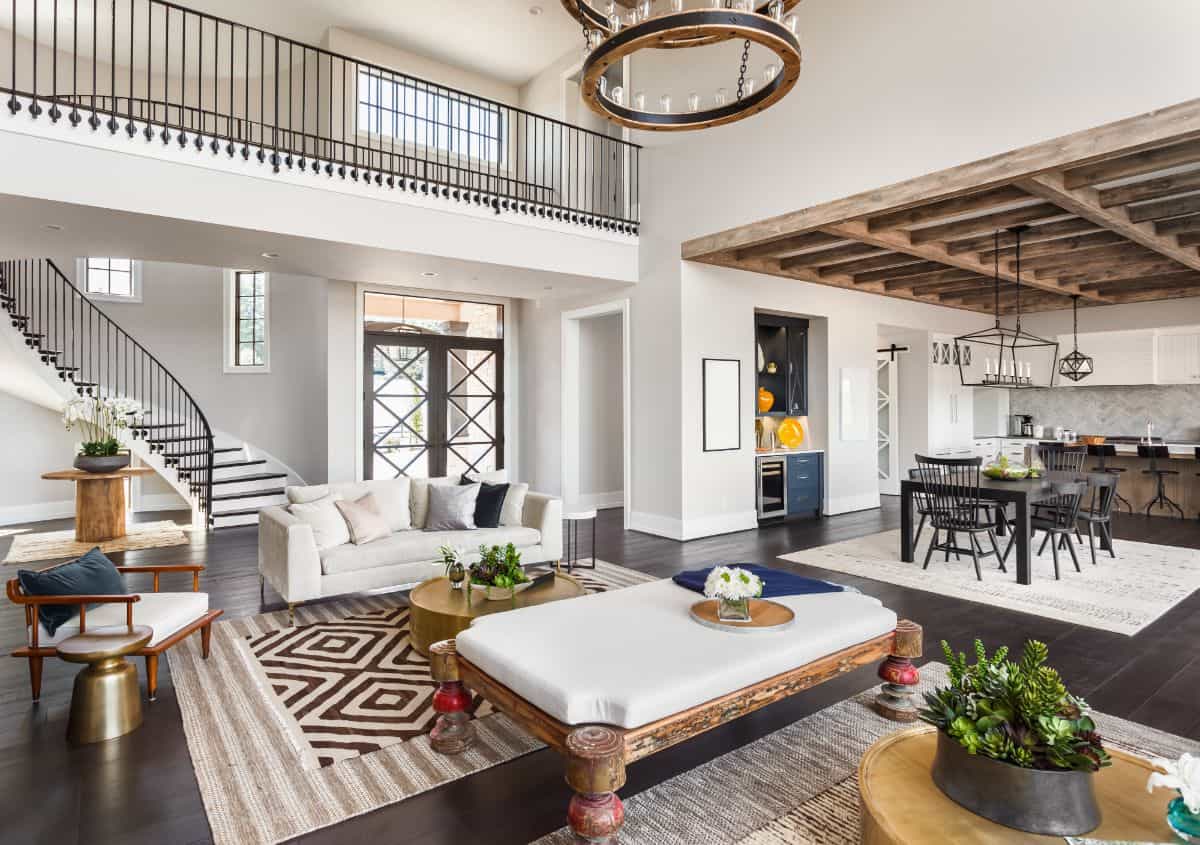 With the ongoing climate crisis, one hopes that housing developers and architects begin building again with consideration to the environmental cost of homes. What natural temperature regulating building techniques can be implemented to make the open concept more sustainable? The normalized dependency on unnatural heating and cooling methods has had a hugely negative impact on the environment.

Of course, the open concept home isn’t the only culprit, but it certainly is a contributor. Open concept living is very likely here to stay, but realistically with the increasing cost of energy, its days seem to be numbered.