The Sowden House is famous for many reasons like it was designed by Frank Lloyd Wright’s son, its unique Mayan design, and its involvement in the Black Dahlia Murder of 1947. This is on the market priced at $4,799,000.

The house is measured at 5,600 square feet with four bedrooms, four full bathrooms, and two half bathrooms designed with architecture from South America given over to a Mayan motif. The house boasts of wide-open rooms, a beautiful interior, lush walls of vegetation, a pool with center patio, and a modern kitchen with stainless appliances.

The unique Sowden House and its colorful history is listed by Troy Gregory of Sotheby’s International Realty.

The history of a home can reflect many things. It can encompass the lives of those that have lived there, the architect whose deft skill built the home, and even in some cases, the mysteries that surround the dwelling. The Sowden House in Los Angeles hits home on all three fronts.

An architectural marvel, the Sowden House is the brainchild of noted architect Lloyd Wright, son of Frank Lloyd Wright. Seen as one of Wright’s most important works, the 5,600-square-foot home with four bedrooms, four full bathrooms, and two half bathrooms is a landmark wreathed in luxury and unique style.

The home’s design is reminiscent of ancient architecture from South America given over to a Mayan motif. Its wide-open rooms and beautiful interior would give a warm and welcoming feeling if it weren’t for the fact that if you step on the wrong patio paver, you could set off a spike trap.

The home has many features that make it well worth the asking price. Lush walls of vegetation, a pool with center patio, a modern kitchen with stainless appliances, and angry tribesmen with poison dart guns waiting in the bushes are just a few of the highlights of this home. Though it was conceived and built in the 1920s, a renovation where the owners poured in over million dollars bring the home into the modern era.

What’s truly unique about the home is a macabre history of rumors and stigma. Stories swirl around this home like moths around a flame (a flame from a fire that you could be relaxing by on the patio) about the previous owner, Los Angeles Doctor George Hodel, and his involvement in the Black Dahlia Murder in 1947.

Many people, including his son, believe that Hodel was behind the brutal killing, mutilation, and dismemberment of Elizabeth Short. Elizabeth was sliced in half by someone with the skilled hands of a surgeon and then the blood was drained from her body.

Time may have removed some of the stains from the home’s dark history, but it still has seen visits from TV shows such as Ghost Hunters and Paranormal America, even an American Express commercial shot there: “Don’t leave your spooky home without it.”

Whatever your belief in the afterlife or history of the Dahlia murder, the home is a beautiful estate, a bargain at the asking price of $4,799,000. Still, on the market, somebody will snatch this place up quickly, so don’t wait for the price to be sliced in half. 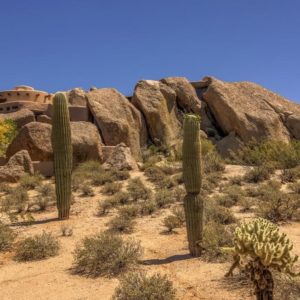 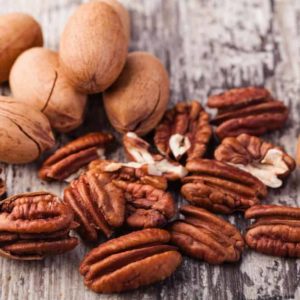