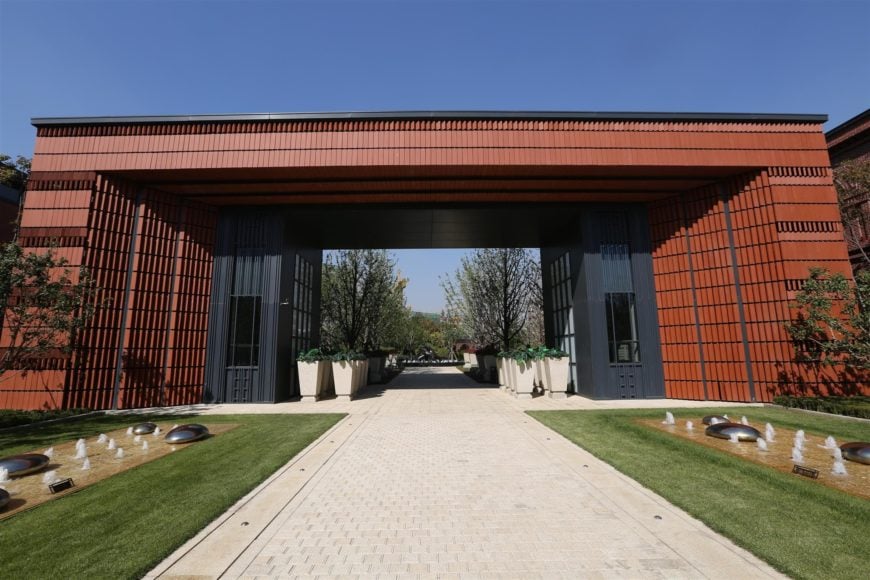 Chinese architecture is one of the oldest and most influential in the world. The staples of traditional Chinese architecture – more specifically, the timberwork frames, primaryful stone carving, rammed earth constructions, bucket arch buildings and many other techniques – set it apart from other architectural styles by providing the buildings with grace and a certain sense of mystique.

However, in the last few years, the landscape of Chinese cities has been changing. A new wave of ambitious, enthusiastic young Western-educated architects have attempted to blend elements of ancient Chinese architectural design with modern principles.

One of these new additions is the introduction of terracotta and other eco-friendly building materials. Here is how terracotta facades are changing the face of China.

The National Fitness Center of Zhoushan 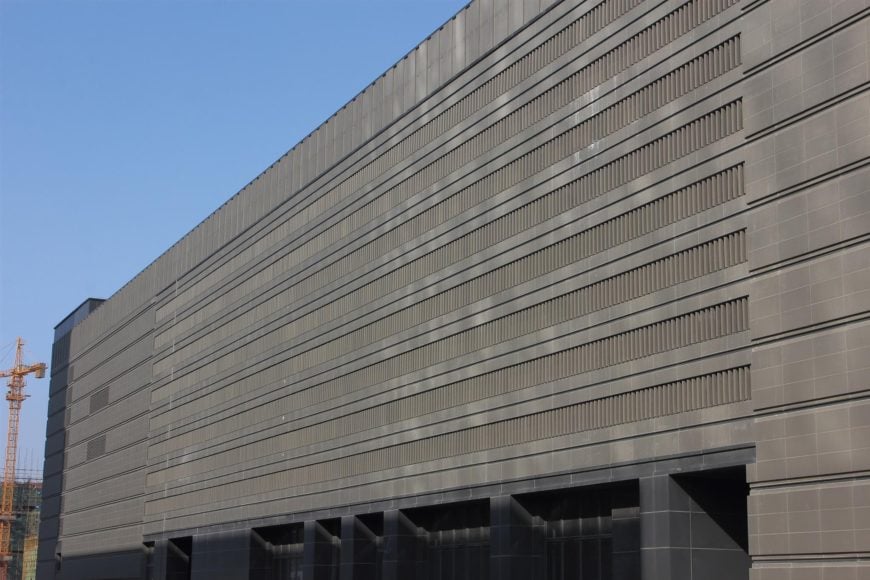 Inaugurated in 2016, the National Fitness Center of Zhoushan is one of the most relevant examples when it comes to terracotta-based architecture. Featuring both modern and traditional design elements, the building hosts large, mixed spaces dedicated to cultural and sports events, exhibitions, fitness and even shopping.

The fitness center was conceived and built in full compliance with the national policy that encourages physical activity and a healthy lifestyle. The National Fitness Center of Zhoushan is also part of a both national, and worldwide effort to reduce carbon emissions and conserve energy. As a result, the designers, by applying urban strategies that promote sustainability, applied terracotta product (mainly baguettes and rainscreens) on the façade of the building.

This design decision has several rationales behind it. The first, and most evident of all of them, is that terracotta has the advantage of increasing the visual appeal of a building – in other words, it makes large-scale buildings, which are naturally intimidating to many people, look more friendly and inviting. The second reason why many planners opt for terracotta is that it allows them to make bold, creative design decisions.

The National Fitness Center has an asymmetrical blend of both vertical and horizontal terracotta installations. Furthermore, the dominant color of the building is gray, which is occasionally interrupted by bright, red-colored hues. This mishmash of uniform design conventionality and deliberate pattern interruptions turns what could have been a bland building into a bold creative statement.

One of the biggest perks of the building is its energy-efficiency. As you can see on these terracotta facade examples, more specifically the rainscreens, they counteract the effects of humidity by providing a barrier between the walls and the exterior, thus allowing the air to circulate properly.

As a result, the National Fitness Center in Zhoushan is better insulated compared to other buildings of this scale. Moreover, terracotta materials are famously non-flammable and very easy to maintain, cutting down on the costs of public maintenance. 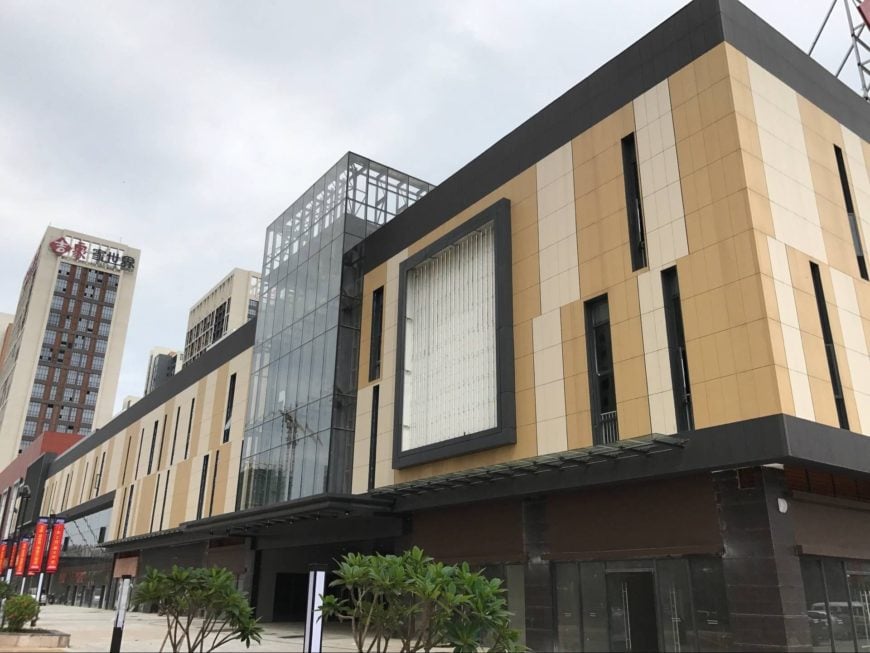 Located right between the cities of Zhangzhou and Xiamen, the Wanyi Plaza is a business center operating mainly as a shopping mall dedicated to home building materials. The building itself is split into several areas, each dedicated to a certain purpose:

Most of the space on which the plaza is situated is occupied by one large pavilion which measures about 120,000 square meters. Shaped in the form of a rectangular box, the pavilion has all the architectural elements of traditional shopping malls.

What sets it apart from the others is the fact that is clad with a checkered terracotta façade. The color scheme is pretty unconventional as well, featuring panels that elegantly blend apricot with creamy-white, with the occasional splashes of dark-grey checkers. This interesting combination of colors adds a certain level of elegant asymmetry and novelty, without being tiring to the eyes.

As for the structural composition of the façade, the designers opted for terracotta panels that are 450 mm in width, and 18mm thick. When it comes to their placement, unlike The National Fitness Center of Zhoushan, they are positioned exclusively vertically. Surprisingly, this design decision does not affect the visual appeal of the building at all – it only adds a level of harmony and neatness.

Another hallmark creation of terracotta-based architecture is the Land Twenty-Four City Sales Center. Located in the Tiexi district of Shenyang City, the building is part of the district’s increased efforts to rezone the area from an old industrial base into an attractive commercial and residential center. As a result, old industrial factories are being demolished and quickly replaced by top of the line apartment blocks and modern shopping avenues.

This newly inaugurated shopping center is part of the local authority’s efforts to change the face of the district and rebrand it into an attractive destination. The sales center features a rectangular layout, reminiscent of traditional Chinese design elements. But the truly eye-catching aspects of the commercial center are its unusual, creative entrances.

Judging by the patterns and arrangement of the terracotta materials, one could safely assume that the designer had been given full creative freedom, and with good results.

The architect used 3,000 pieces of 600 mm long rectangular terracotta louver to build both the main and front doors. This fact, coupled with the stone tiles shaped in the form of diamonds and the fountains made out of stone pillars create the kind of awe-inducing visual spectacle that only the neo-Chinese style could offer.

Moreover, the main gate of the shopping center is composed out of four different types of terracotta louvers of varying lengths. The terracotta curtain walls are positioned symmetrically, one in front of the other to form a composition similar to an accordion. This particular placement decision has two effects –it uses the varying sunlight to provide light and adequate shade, as well as providing the structure with a sense of depth and scale. 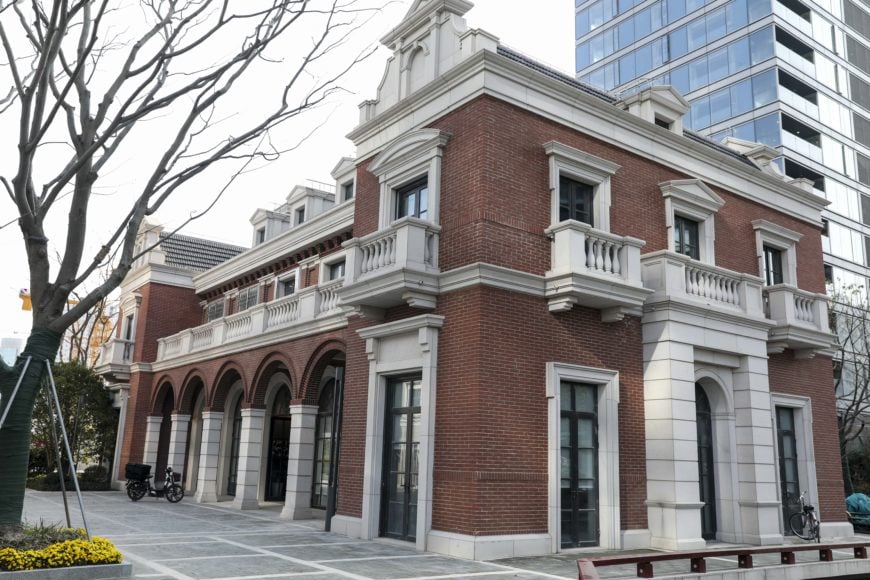 Measuring about 260,000 square meters, the Bund House Residential project is located in South Bund, an affluent Shanghai neighborhood which is in close vicinity to many cultural and historical Chinese landmarks such as the Yu Garden, New World, Nanjing Road, Old Wharf and many others.

Developed by Greentown Real Estate, one of China’s most esteemed real estate developers, the residential complex is an eloquent example of both Chinese primaryship and the visual and practical qualities of terracotta.

The star of the project site is the building which takes its name after the residential complex. The Bund House, which is actually an office building dedicated to business and property management, is designed in the Shanghainese style of the 1920’s and 1930’s, back when China was still a Republic. To enhance its historical appeal, the developers decided to keep four old buildings which were designed in different Shikumen styles.

The Bund House is built out of specially commissioned, handmade, red terracotta bricks. Combined with the old school stone pillars, windowsills, and eaves, the building is a near-perfect reproduction of old, Shikumen-style villas in which the affluent Chinese clans of the Republican Era spent their domestic lives. By blending these two wholly distinct design elements together, the creators gave the building an elegant grace, as well as a warm, almost inviting aura.

The Chinese architectural style is one of the most recognizable in the world, its design elements being known even outside the boundaries of the country through media and pop culture.

A recent trend, perpetrated by young, ambitious architects educated who are driven to change the face of China, values the blend between traditional elements and modern designs, one of them consisting in the implementation of terracotta.

The structures featured in this article, namely the Bund House, Wanyi Plaza, the Shenyang Twenty-Four City Shopping Center and the National Fitness Center from Zhoushan are amongst the best examples in this respect.