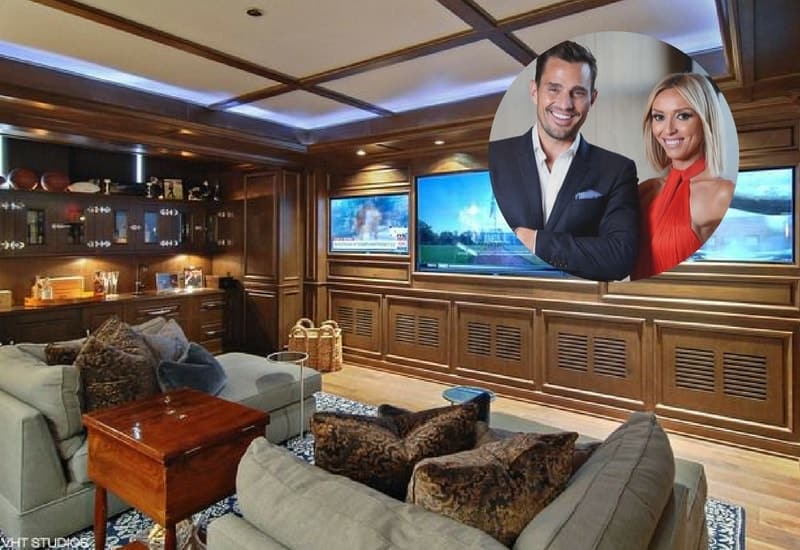 Bill Rancic surged into limelight when he was called up to be the first apprentice of NBC’s breakthrough program “The Apprentice” that was Donald Trump’s reality TV show. He also starred in another reality TV show, Giuliana and Bill, along with his wife Giuliana.

Rancic’s original plan was to leave his apprentice job under Donald Trump and start his own company, but in the end, he decided to remain in the Trump Organization. In 2010, Rancic was hired to host America Now, and later on joined by Leeza Gibbons on weekdays schedule.

Bill Rancic married Giuliana DePandi, an American-Italian TV personality who was named anchor of E! News back in 2005. Not only a skilled TV host, Giuliana was also a legit beauty, ranking #93 on Maxim’s Hot 100 Women of 2004 and People’s Magazine’s 100 most beautiful of 2006 issue. Giuliana also hosted Miss Universe in 2012.

The couple’s fully renovated Chicago townhouse features five beds and seven bathrooms that was originally built back in 1866. Measuring 8,098 square foot, the home offers a luxurious indoor experience while providing quality time with its incredible outdoor space offering jaw-dropping views of the city and the lake.

The home welcomes both family and friends with its soaring ceilings and heated floors. The five bedrooms boast luxurious style while the chef’s kitchen features a large island, Calcutta marble and multiple sub zero refrigerators, making them jaw-dropping pieces inside of the home. The indoor of the house is completed by a full bar and state-of-the-art entertainment room.

French doors lead to amazing outdoor spaces such as the outdoor kitchen and fireplace, large-screen TV and a spacious roof deck providing stunning views of the Windy City.

Check out the full photo gallery below of Bill and Giuliana Rancic’s home. 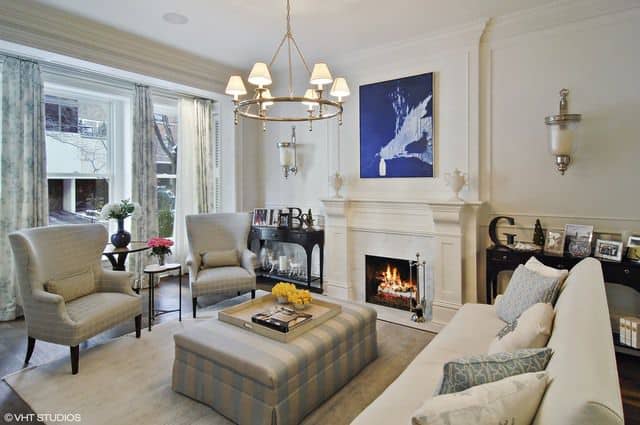 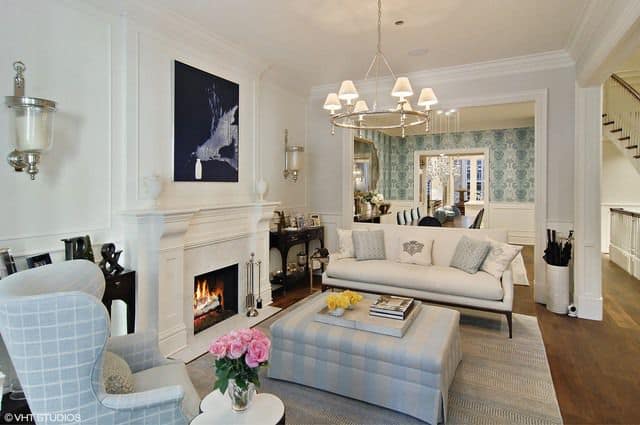 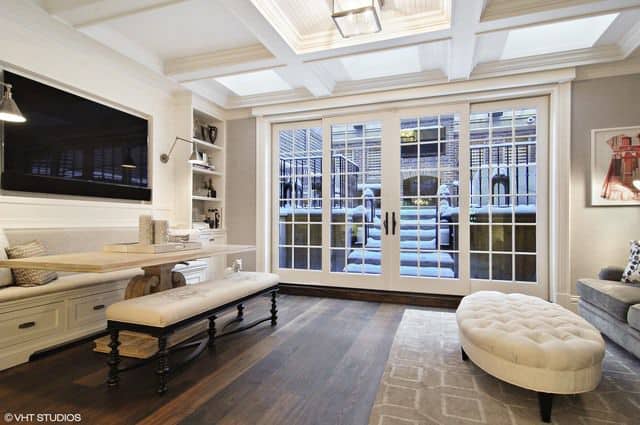 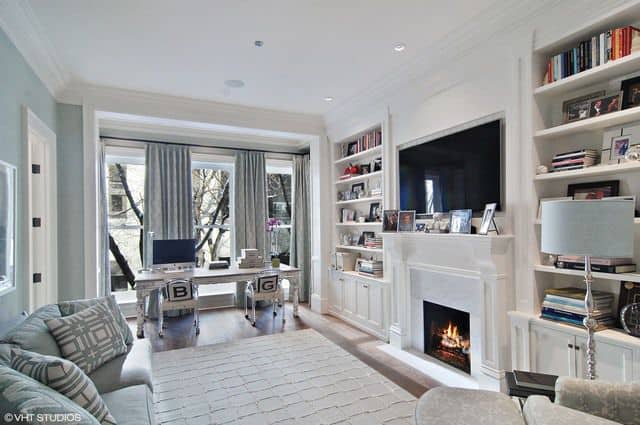 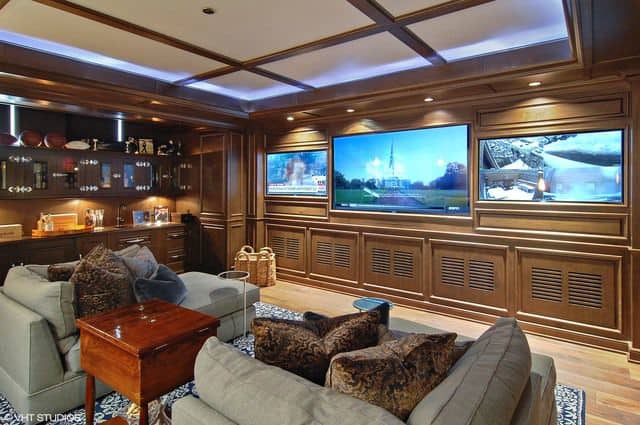 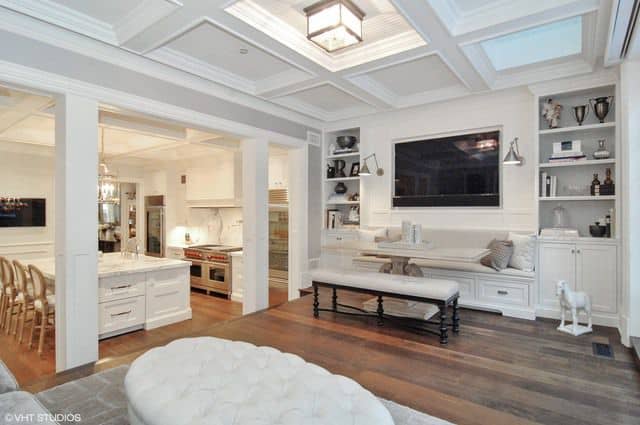 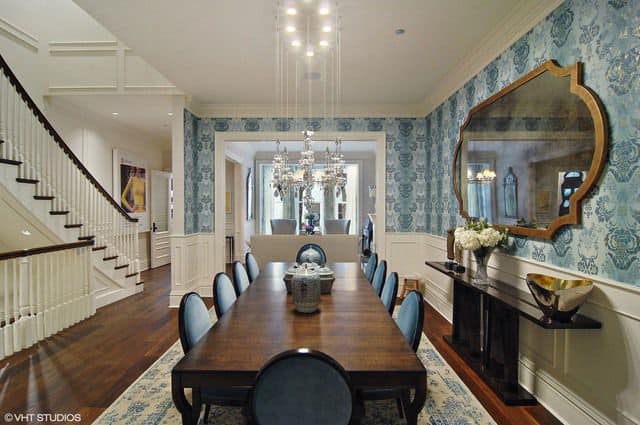 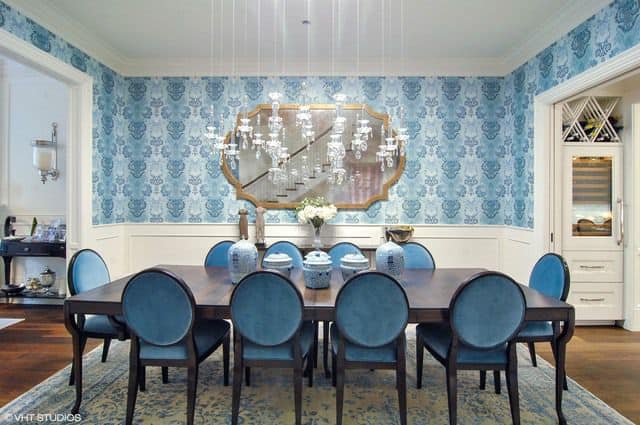 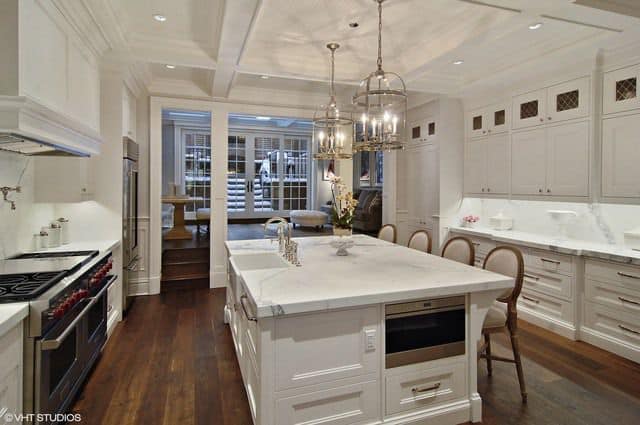 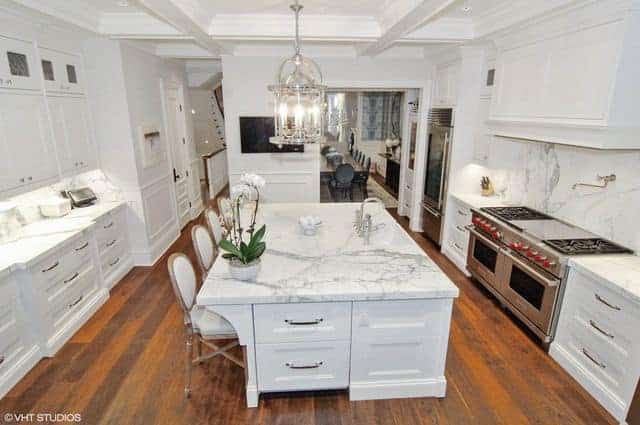 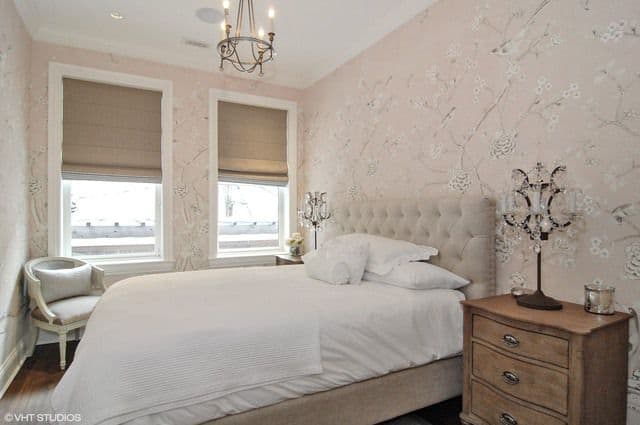 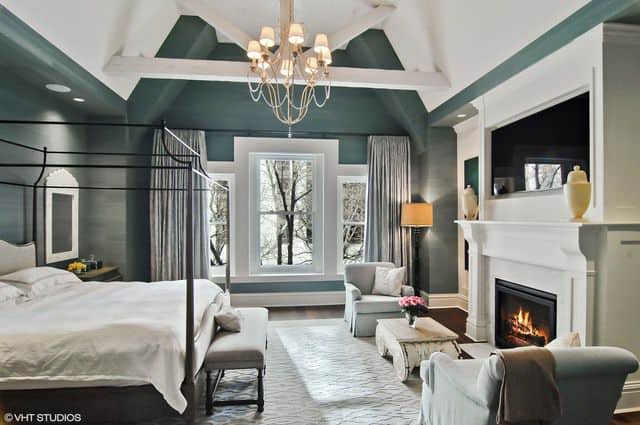 The deep green wallpaper of this luxurious bedroom is contrasted by the bright white mantle of the fireplace that matches with the white cove ceiling and its exposed wooden beams. This ceiling hangs a thin decorative chandelier over the cushioned bench at the foot of the four-poster bed. Source: Trulia 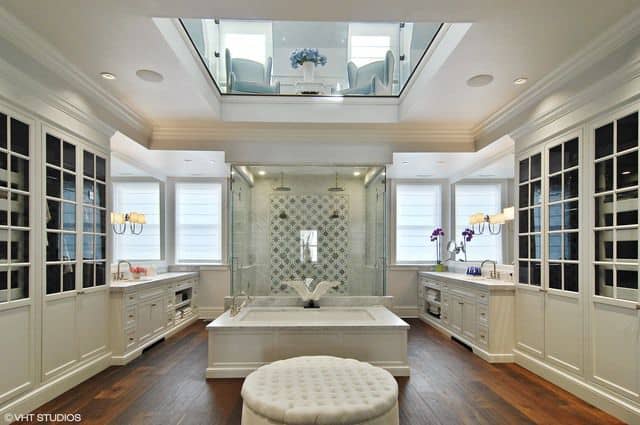 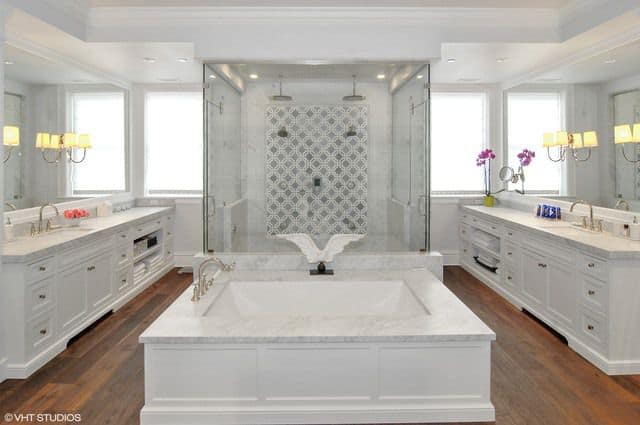 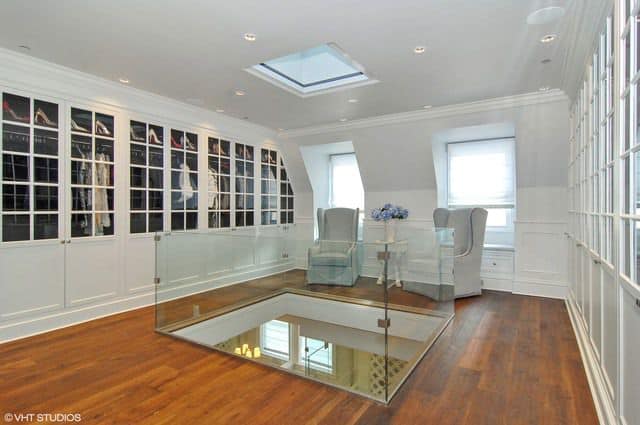 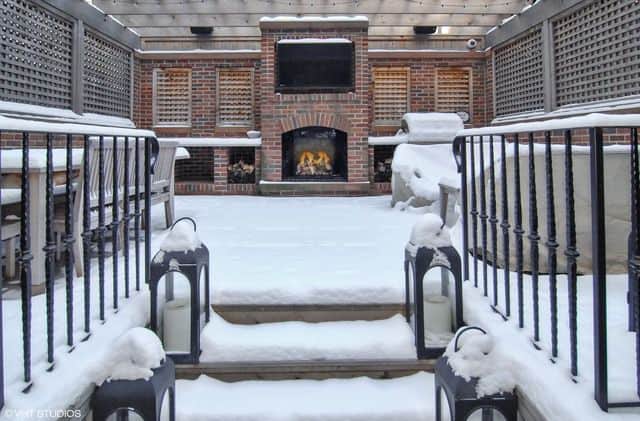 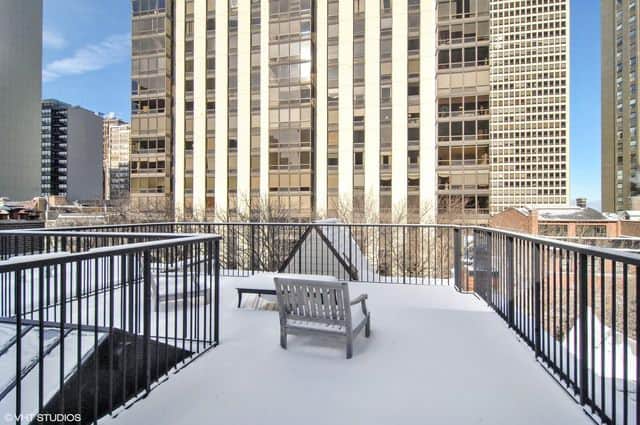 Bill and Giuliana Rancic’s Net Worth

CelebsNetWorthToday.com estimates his fortune at $5 million.

CelebsNetWorthToday.com estimates her fortune at $13 million.