Fascinating article explaining the differences between duvets for each season. Yes, there are summer duvets. Choose the right summer duvet - learn more. 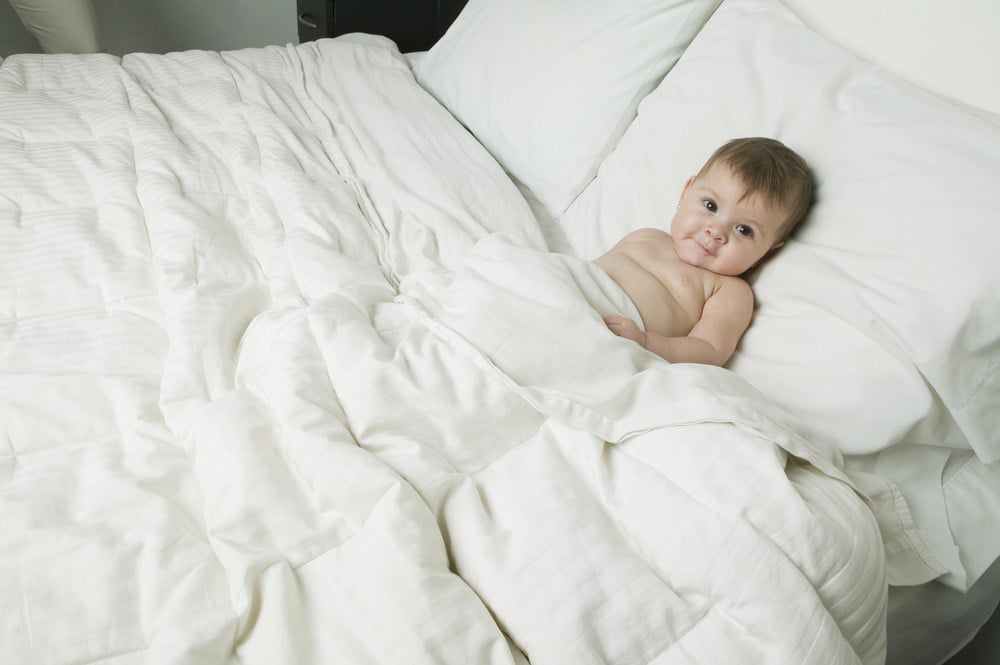 After college and once I had a decent job, I sprung for down pillows.

Wow! What a difference compared to synthetic filled pillows.

A few short years later after saving up more money, my wife and I bought a down duvet for each of us.

Double Wow!! We love our down duvet. We still have them and it’s been several years.

Yes, I realize how fortunate I am to sleep with both a down duvet and down pillows.

Read our full duvet buying guide below… with emphasis on down duvets.

You spend approximately 1/3 of your life sleeping in your bed so if you can afford to, it’s good to invest in the best duvet you can afford.

Obviously don’t go into perpetual debt for a duvet; however, if you have resources, it’s worth investing a few extra bucks into a quality duvet.

Aside from selecting a duvet that is big enough for your bed (the importance of which being painfully obvious), the single most important thing to take into account is its tog rating.

Chances are you’ve already heard of tog ratings and have probably seen them listed on the packaging of duvets and sleeping bags in stores. But have you ever questioned what it really means? Or more importantly, if and why it matters to you?

Well, if you’ve ever wondered exactly how a duvet is given its tog rating, it’s actually a pretty simple process. In a strictly controlled environment, a metal plate is heated to the same temperature as the average human body and the duvet being tested is placed on top.

It’s then a case of computer controlled thermometers taking precise readings of exactly how much heat escapes through the duvet and into the room. When a duvet retains heat efficiently and effectively, it scores a higher tog rating. By contrast, those through which more heat escapes have lower tog ratings.

The scale itself begins at 1 tog and goes right up to 18 tog or higher – the latter being suitable for conditions of extreme cold.

Choosing the most appropriate duvet tog for your own personal requirements comes down to two things – the season and where you happen to live. In the case of the latter, you are obviously going to need a significantly higher tog if you live up a hill in the Outer Hebrides, compared to a cozy cottage in Cornwall.

One of the main factors that can impede a good night’s rest is not attaining the optimum bed temperature for sleep. This is 28-29° C (82-84° F), a bit below normal body temperature, and is known as ‘thermo-neutral’, the temperature at which your body is neither heated nor cooled by its surroundings.

Generally speaking, duvets are sold with tog ratings which correspond to the seasons of the year. Technically speaking, if you are able to keep the ambient temperature in your bedroom exactly as you like it 365 days a year, you would actually get away with investing in just a single high quality duvet for the whole year. In reality however, this is borderline impossible and precisely why it is recommended that different duvets be purchased in accordance with the seasons.

As far as general guidelines go, it is recommended that for the spring and autumn months a duvet with a tog rating of about 9 is usually suitable. This should be increased to around 13.5 tog during the winter, while being reduced to around 4.5 tog in the summer. You may occasionally come across all-season duvets, but unless you have a complete control over your bedroom’s temperature, you may find it to be too hot or too cold during the summer and winter respectively.

That being said, there are certain all-season duvets that consist of a 4.5-tog duvet and a 9-tog duvet joined together. This way, they can be used combined in the winter, along with being separated to give you two separate duvets for the spring/autumn and summer seasons.

Getting the right size isn’t difficult.

When buying a duvet simply tell the retailer what size of bed you have and they can recommend the right duvet size for you.

One consideration is buying a duvet one size larger than your bed.

OR, instead of sharing a duvet with your partner, each of you get your own duvet.

Another consideration is your size. I’m 6′ 3″ so I like a large duvet… sufficiently large to cover my body (I hate sleeping with my feet sticking out the bottom of the covers).

Obviously size is important but it’s also a personal decision.

Once you have decided which tog rating makes the most sense in accordance with your requirements, the other consideration of real importance is that of filling.

Above and beyond attractive logos, impressive packaging and even price tags, it is the filling that goes into your duvet that will determine whether it is substandard or simply extraordinary.

And just for the record, the answer is yes – choice of filling really does make an enormous difference. 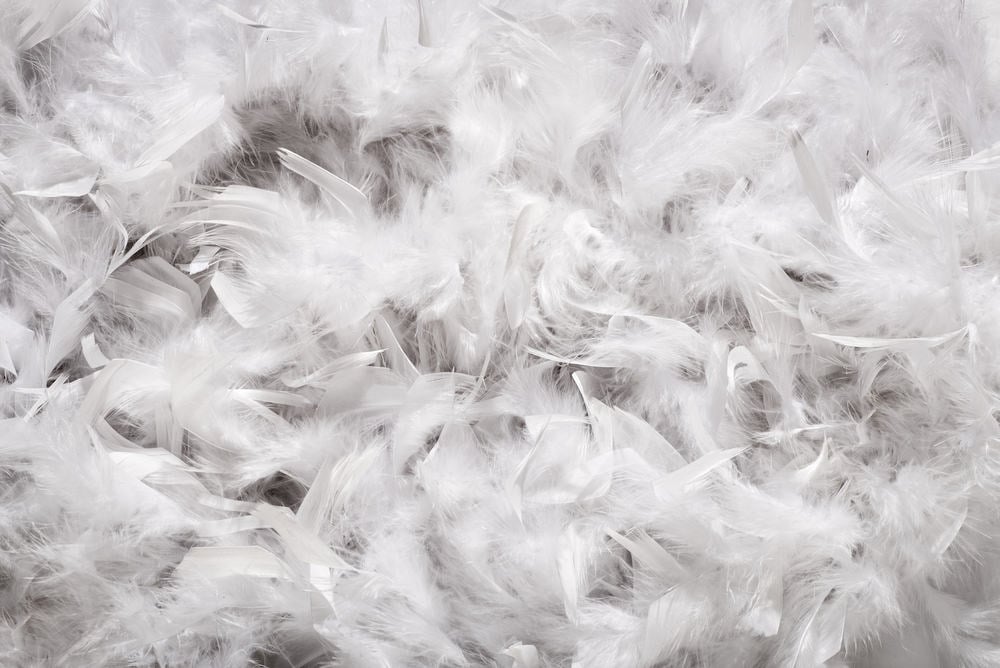 If you would prefer to keep things as natural as possible and are looking for extraordinary indulgence, you absolutely will not go wrong with down and feather. The use of natural down for exactly such purposes dates back way beyond the beginning of recorded history and remains the choice of the connoisseur today.

Why is Goose Down so Special?

It all comes down to the way in which the unique properties of down trap an incredible amount of heat, while at the same time producing a duvet that is beautifully light, comfortable and surprisingly durable at the same time. An exceptional down duvet may be considerably more expensive than the cheapest option on the market, but considering the fact that it may go on serving you proudly for decades, it is also value for money in extreme measures!

What is down? Down is the feather-like (without the quill which makes it soft) that grows on the belly area of a goose keeping the goose warm. Because it doesn’t have the quill that feathers do, it’s much software yet helps retain warmth like feathers. 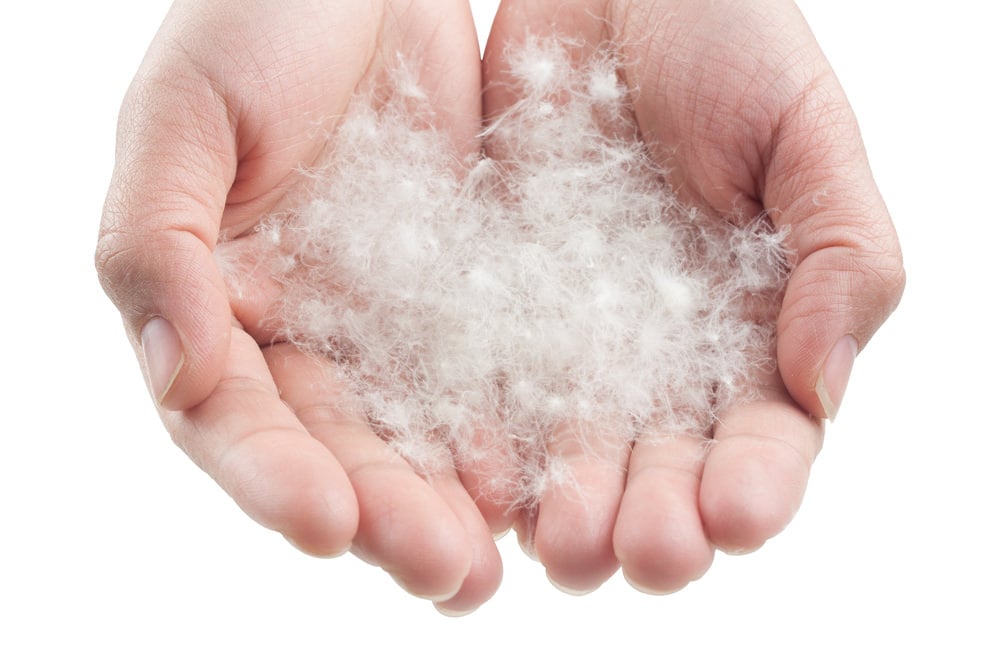 The key difference between duck and goose down is goose down is fluffier and so it has a higher fill power. Consequently a duck down duvet requires more down clusters than an equivalent goose down duvet.

What’s so good about down generally?

a. warm and light:  down is extraordinarily efficient for retaining warmth, yet is lightweight.

b. light and pliable:  this is my FAVORITE down attribute. I love how the down duvet forms to my body snuggly. I also love how my head sinks into a down pillow. It’s a wonderful sleeping experience.

c. absorbs moisture: down sucks moisture from bodies and emits it into the air keeping us dry and warm.

Another aspect to look into when buying a down product is to look at the fill weight (measured in grams). The higher the fill weight, the more down it has and the warmer it is.

Another way to assess this down attribute is to check the TOG rating.

When you shop for a duvet you’ll see “fill power” numbers.

3. Down and Feather Mix 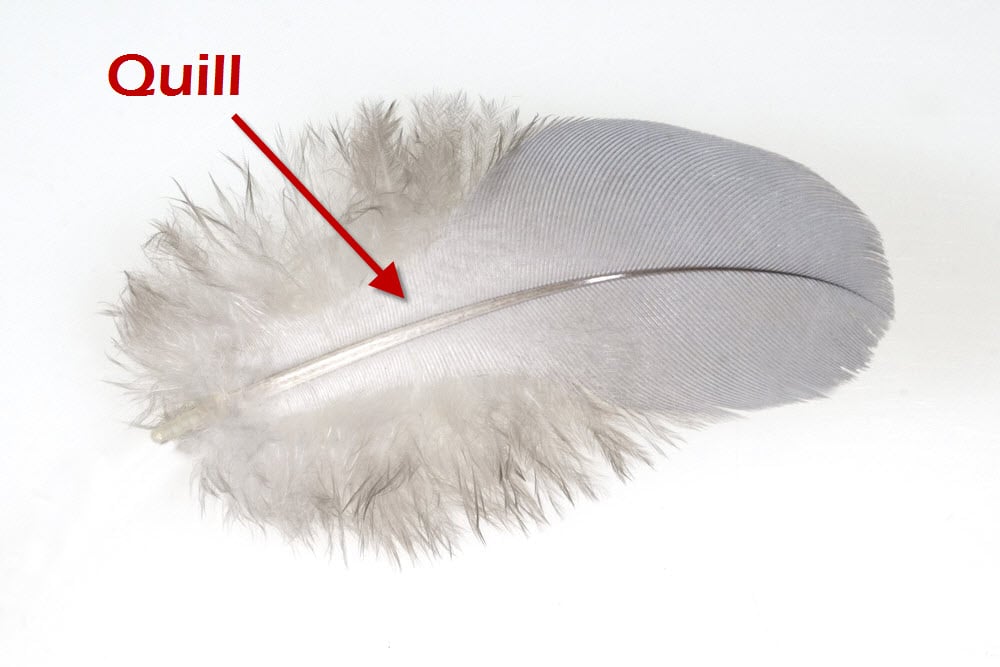 A more economical duvet is one that’s a mix of down and feathers.

The problem with feathers is the quill which can eventually poke out the duvet fabric. It’s also not as fluffy as down.

If you want the ultimate duvet, 100% goose down is your choice. However, not all of us can afford such extravagance and so one compromise for a “all-natural” duvet option is to go with a mix of down and feathers.

Of course for any number of health, moral or financial reasons there will always be millions for whom synthetic duvet filling represents the only duvet filling they will consider. Which is why it’s good to note that some of the very best manufacturers on the market these days are coming up with truly extraordinary synthetic duvets, which in many cases mimic much of the appeal of down. Not quite the same level of luxury, but certainly appealing.

The majority of synthetic duvets are stuffed with microfiber, though it’s important to be aware of the fact that not all microfiber duvets are equal. Quite to the contrary, in fact, as while the very best examples on the market feel quite similar to quality down, others are uninspiring the moment you buy them and summarily degrade and flatten further with each use.

As for hollowfibre, it’s a slightly different experience from that of microfiber as it features hollow strands that are thicker and somewhat wiry. This in turn results in a duvet that’s notably thicker and loftier than a microfiber alternative, not to mention more robust and durable at the same time. Again though, this all comes down to the quality of the duvet itself and the brand behind it as there are huge differences from one to the next.

One final component you  need to consider when choosing a duvet is the duvet ticking.

Duvet ticking holds the down. It’s the fabric making up the outer shell.

The best duvet ticking is 100% cotton.

Cotton ticking is measured by Ne measurements. A minimum of Em of 30 or higher. If you want a high quality down, look for an Em of 80 or higher.

Just to round things off, a couple of important tips for buying duvets online – given the fact that it’s hardly plausible to try them out in person beforehand:

1. Ensure the retailer and has a fair and accurate returns policy, just in case you are not satisfied or make the wrong decision.

2. Buy from a reputable and established duvet specialist – Downduvet.co.uk.

IMPORTANT:  Be sure to inquire about the percent of down included in the down duvet you buy if you intend to buy a down duvet. There have been many instances of “down fraud“. Yes, some products claimed to be “down” are not as much down as stated and/or include no down at all.

3. Tog selection:  This isn’t easy if you have seasons. Unless you buy two down duvets (which is costly) you have to choose a tog rating that will serve you more or less year-around. Obviously trying to choose one tog rating to serve the entire year means you compromise much of the year.

4. Filling: this is where your budget comes in. You must decide on 100% goose down, duck down, down and feather and/or synthetic.

Seriously, before buying and if indecisive, go to a store and feel the difference among the duvet options.

Given you spend 1/3 of your life sleeping, investing in the right duvet is an important decision (IMHO).

5. Read the labels and small print:  Each country has different legal requirements as to labeling. For example, there are % of down required in order to be called a down duvet. You should know what this percentage is. More importantly, you should not assume because the duvet says it’s a “down duvet” that it’s 100% goose down. It could be duck down. Or it could be 60% goose down.

In other words, inquire about what it is you’re getting.

7. Take into account what kinds of guarantees are offered with the duvet, with regard to things like to material quality, lifespan, value for money and so on.

8. Try to buy from those who are willing and enthusiastic to offer plenty of advice and guidance, when it comes to making the right choice. You can tell if a retailer knows their duvets by asking questions. We hope this article provides some basic duvet information to help you ask the right questions.

9. Be sure to check out the feedback and recommendations of other customers, before going ahead and making your final decision.

Related: Duvet vs. Comforter vs. Blanket vs. Quilt vs. Coverlet 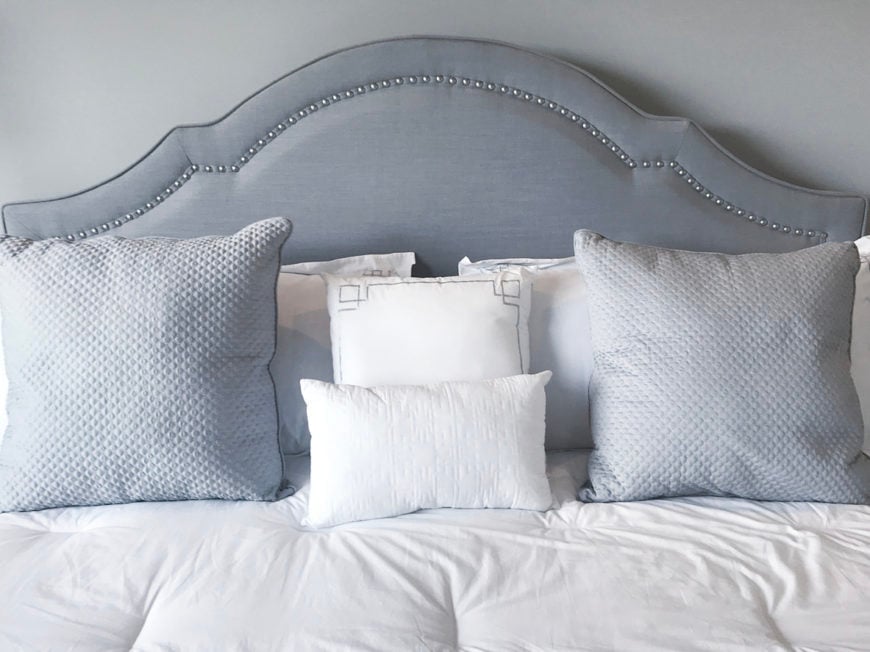 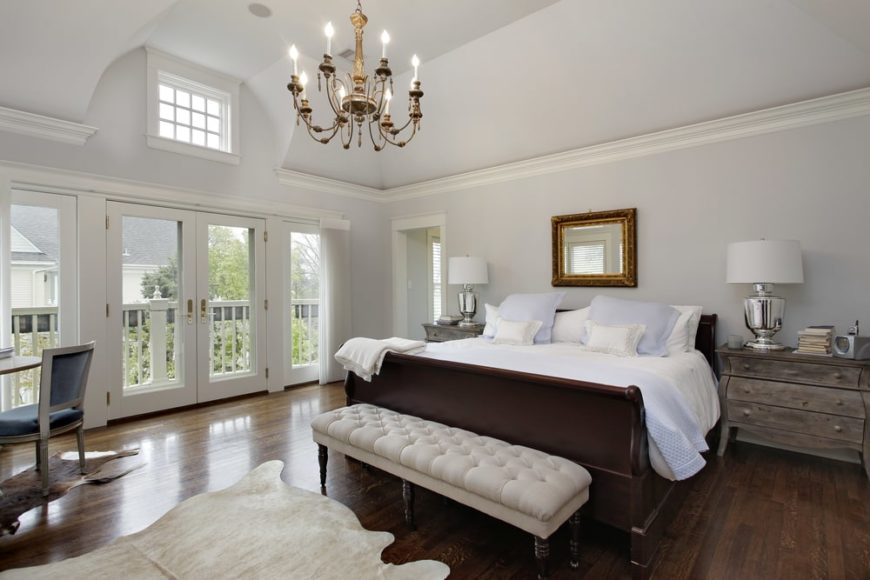 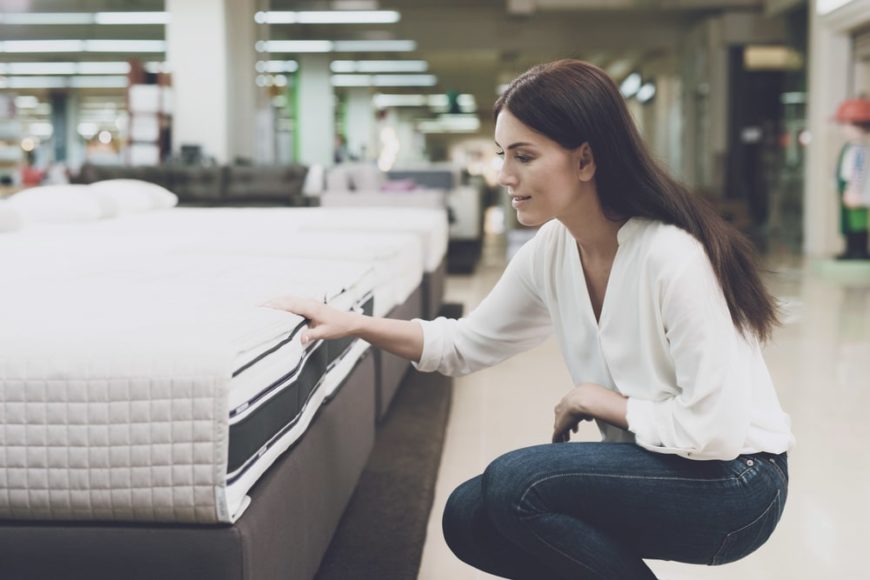 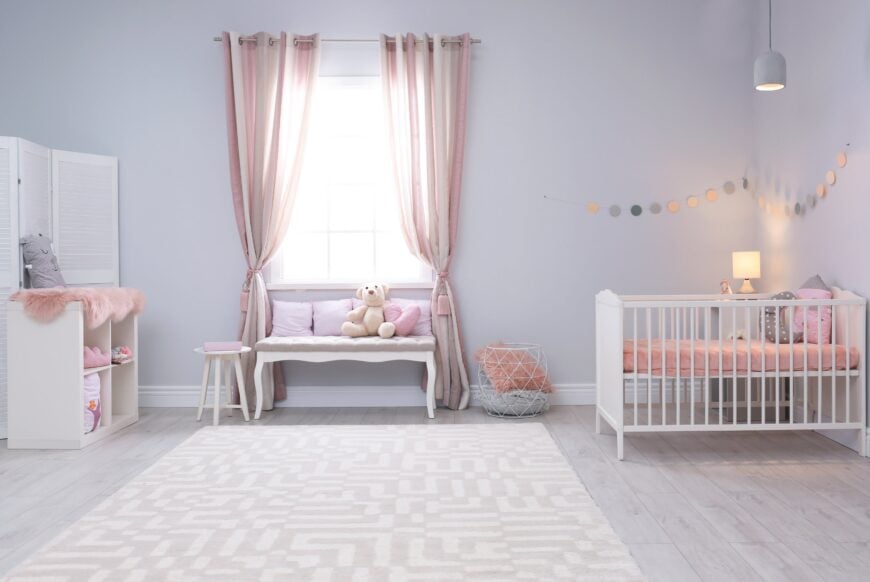