A massive space with a touch of modern look is Steph Curry's taste and this house is now up for grabs. 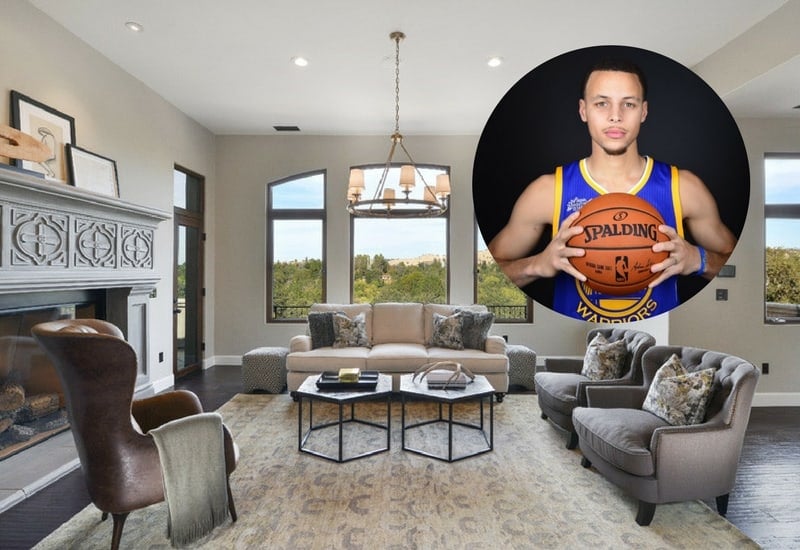 Pro NBA player Steph Curry is relisting his California estate for $3.195 million. With over 7,000 square feet a view of Diablo Mountain, this home is a modern luxury lover’s dream.

Stephen Curry, known by his nickname as Steph, was chosen by Golden State in the first round of the 2009 NBA Draft. He’s been with the Warriors ever since then, going on to be named Most Valuable Player twice (once by an unprecedented unanimous vote).

Curry has been called the greatest shooter in NBA history, and in 2017 helped his team to their second NBA championship. His father played basketball professionally as well, and Curry grew up going to practice with the team.

In 2011, Curry married long-time girlfriend Ayesha, an actress and producer who now stars in her own cooking show on the Food Network. The couple has two daughters.

Steph’s multi-million dollar sprawling Tuscan-style estate has an eye for clean lines, gorgeous views, and modern amenities. At 7,520 square feet, the main house has five bedrooms and six baths. It received extensive updates in 2015, and the new owner will love the state of the art La Cornue kitchen appliances, the BainUltra therapeutic tub, and the steam shower in the primary bath.

All of the bedrooms in the house look out onto the giant wraparound terrace, which features a view straight to Mt. Diablo. The terrace itself features a Control4 smart system that will allow the new owner to adjust music, monitor the alarm system, view the security cameras, and turn lights off and on.

The Curry’s property also features a guesthouse and comes situated on almost one acre.

Below is the full photo gallery of Steph Curry’s home.

Here’s a map of the area:

Thanks to his tremendous skills on the court, and endorsement deals, Stephen Curry is worth $47.3 million today.