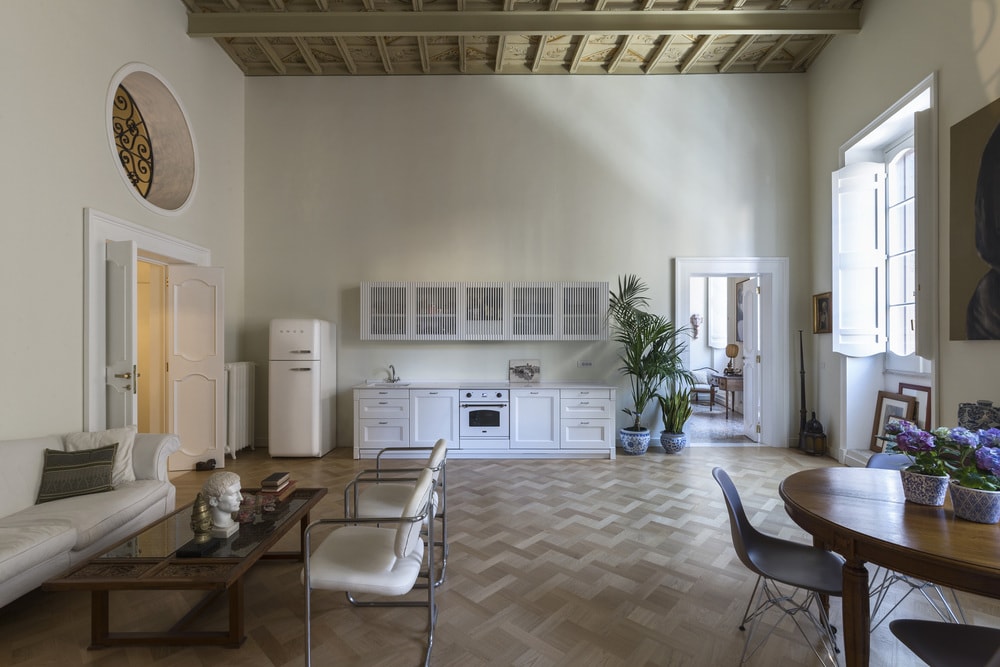 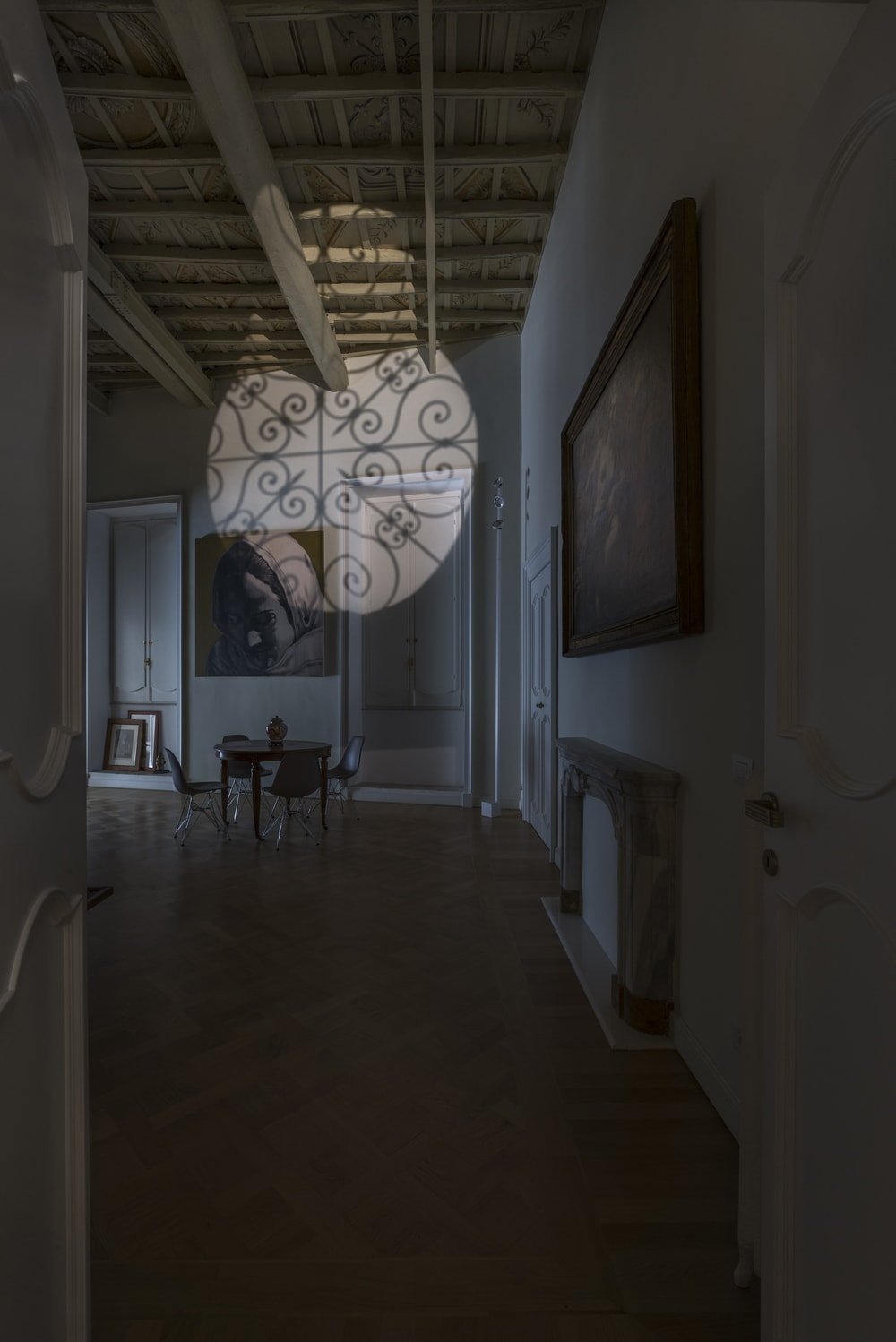 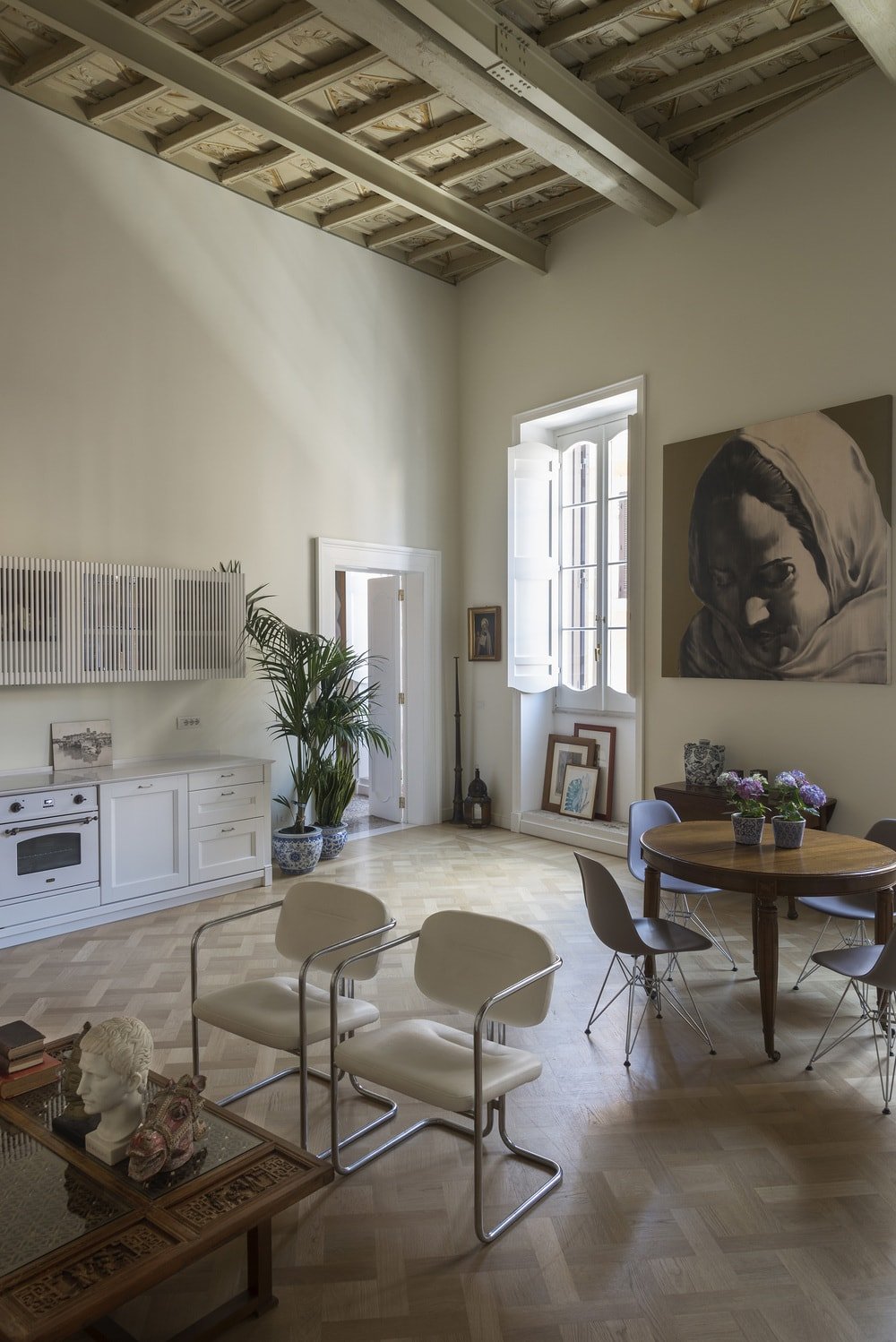 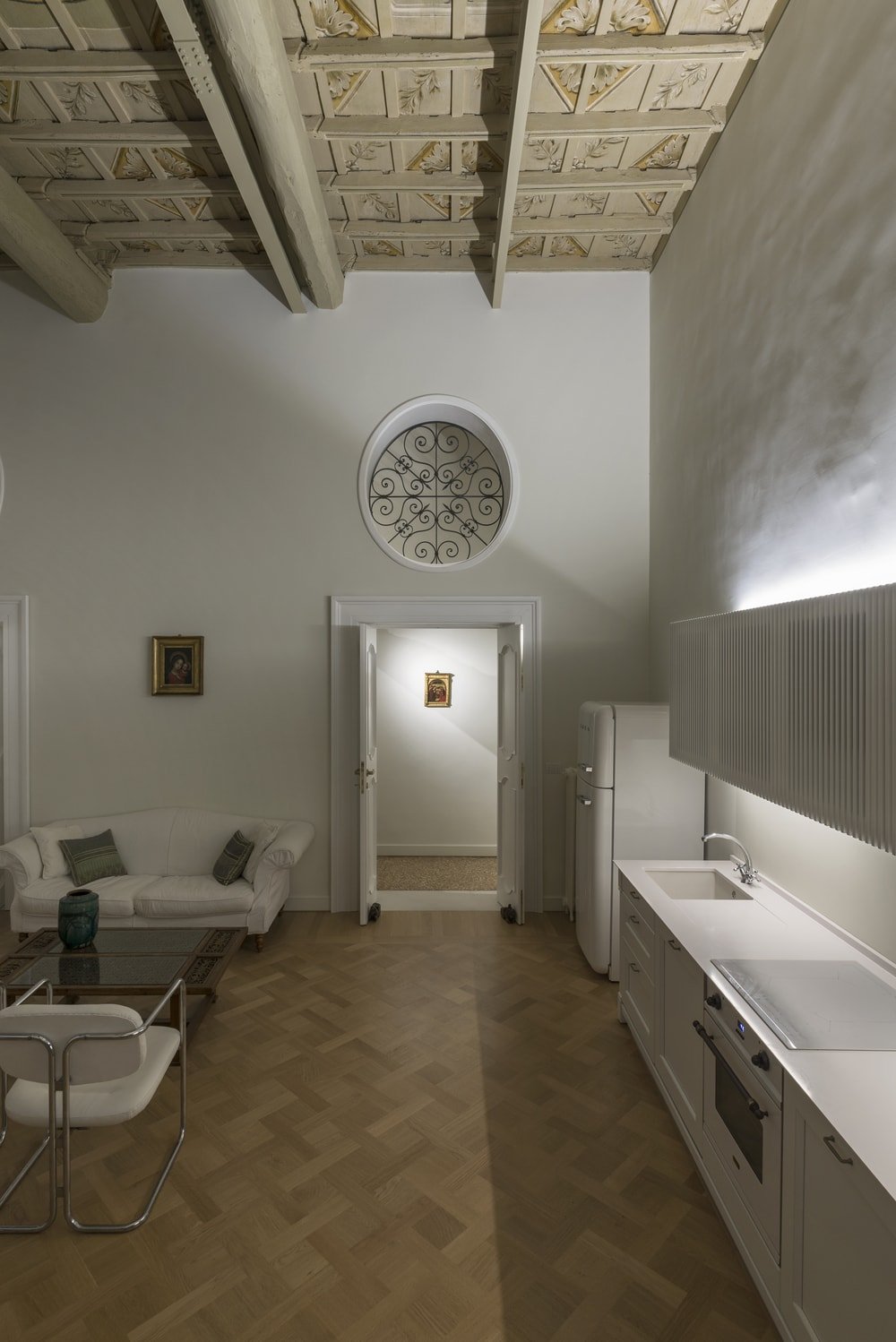 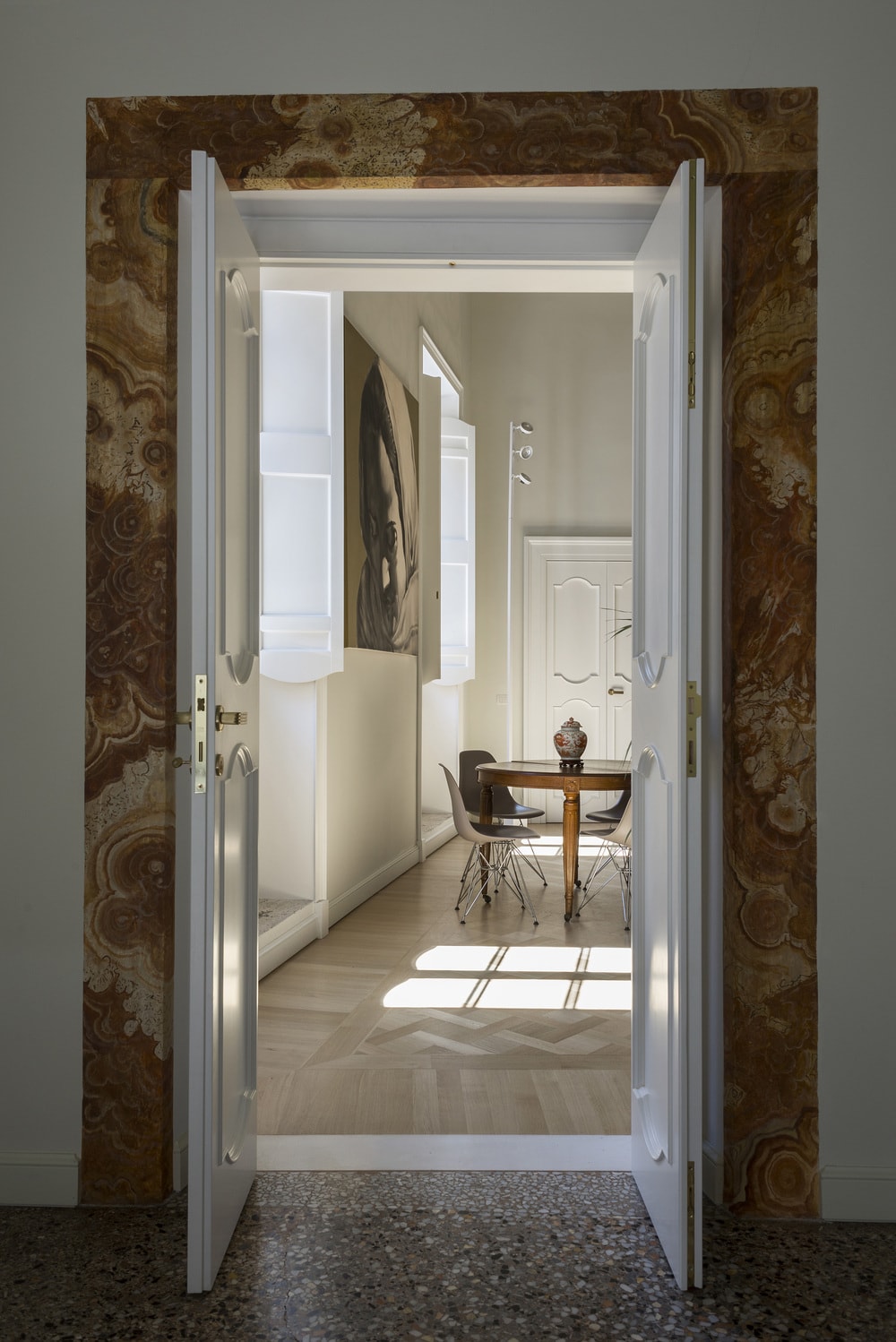 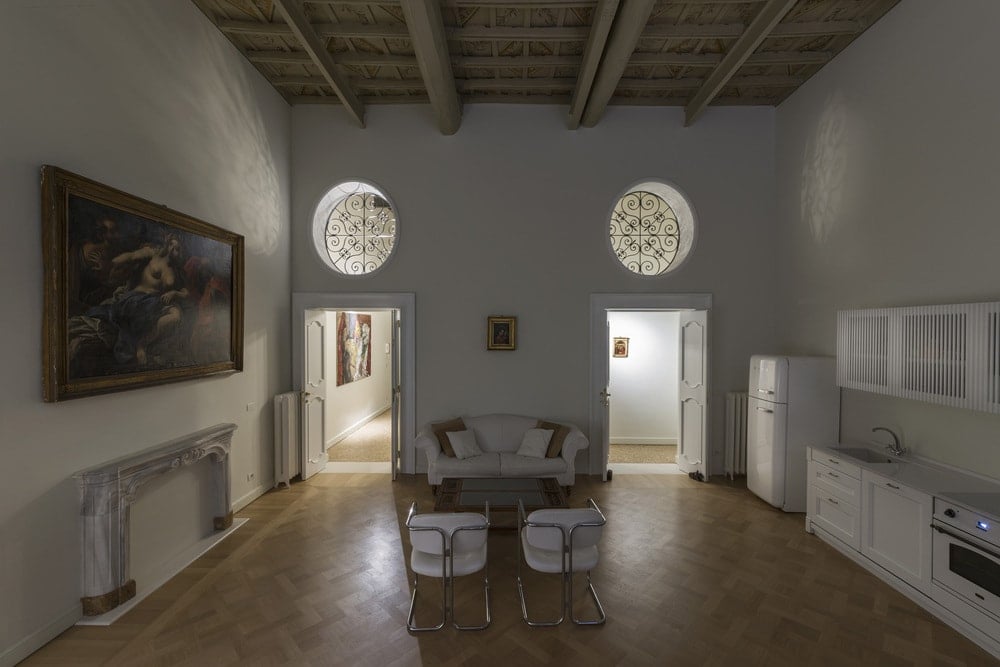 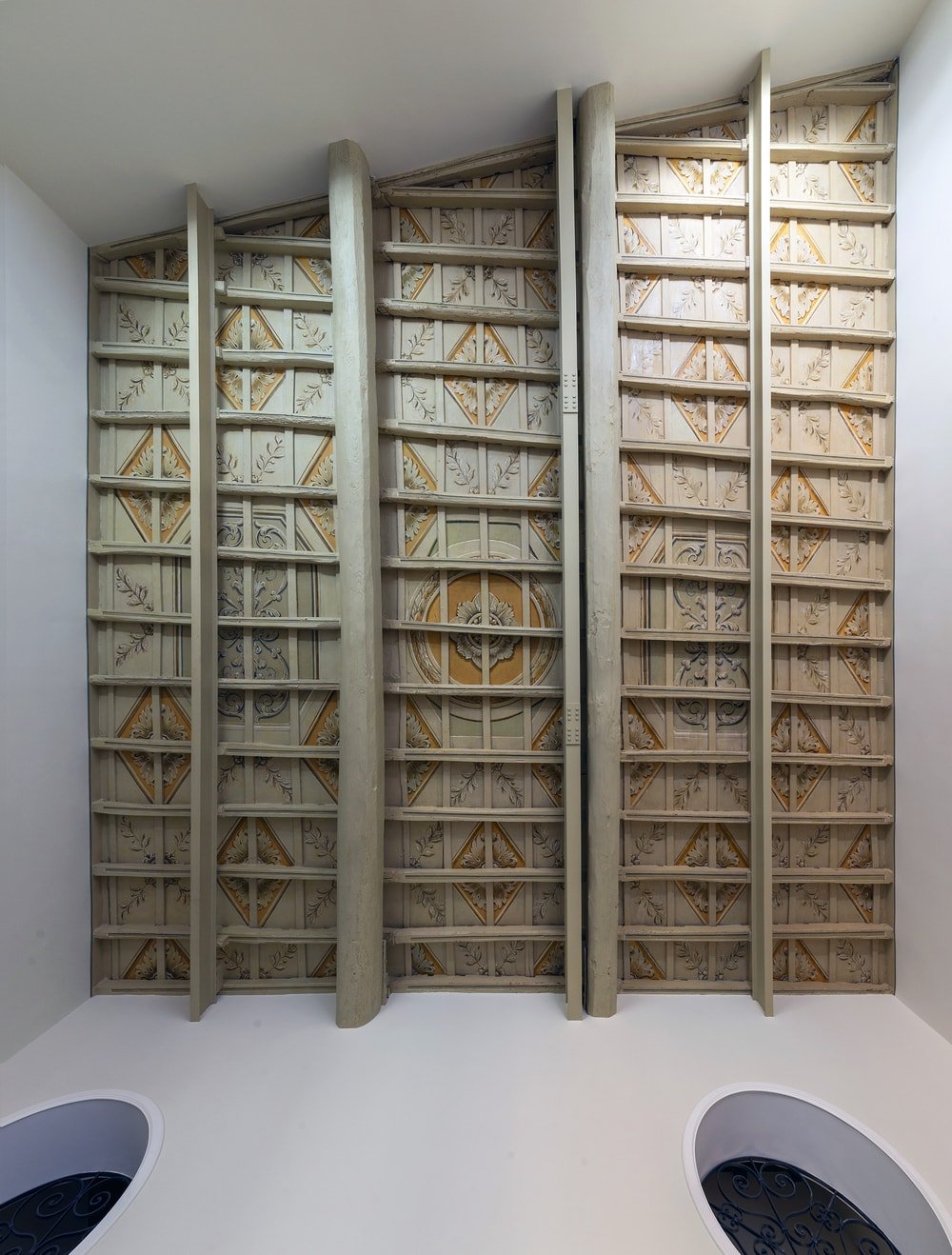 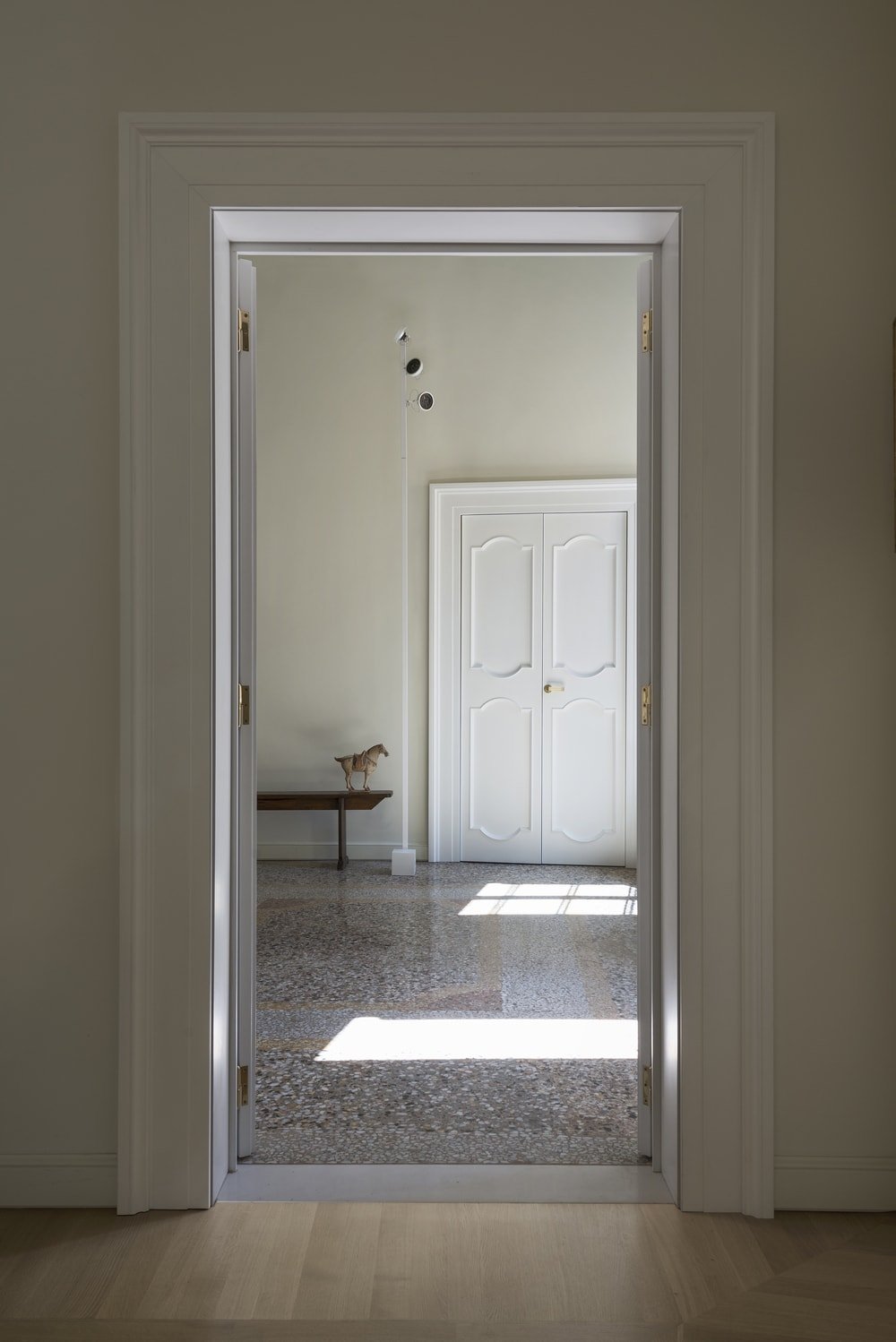 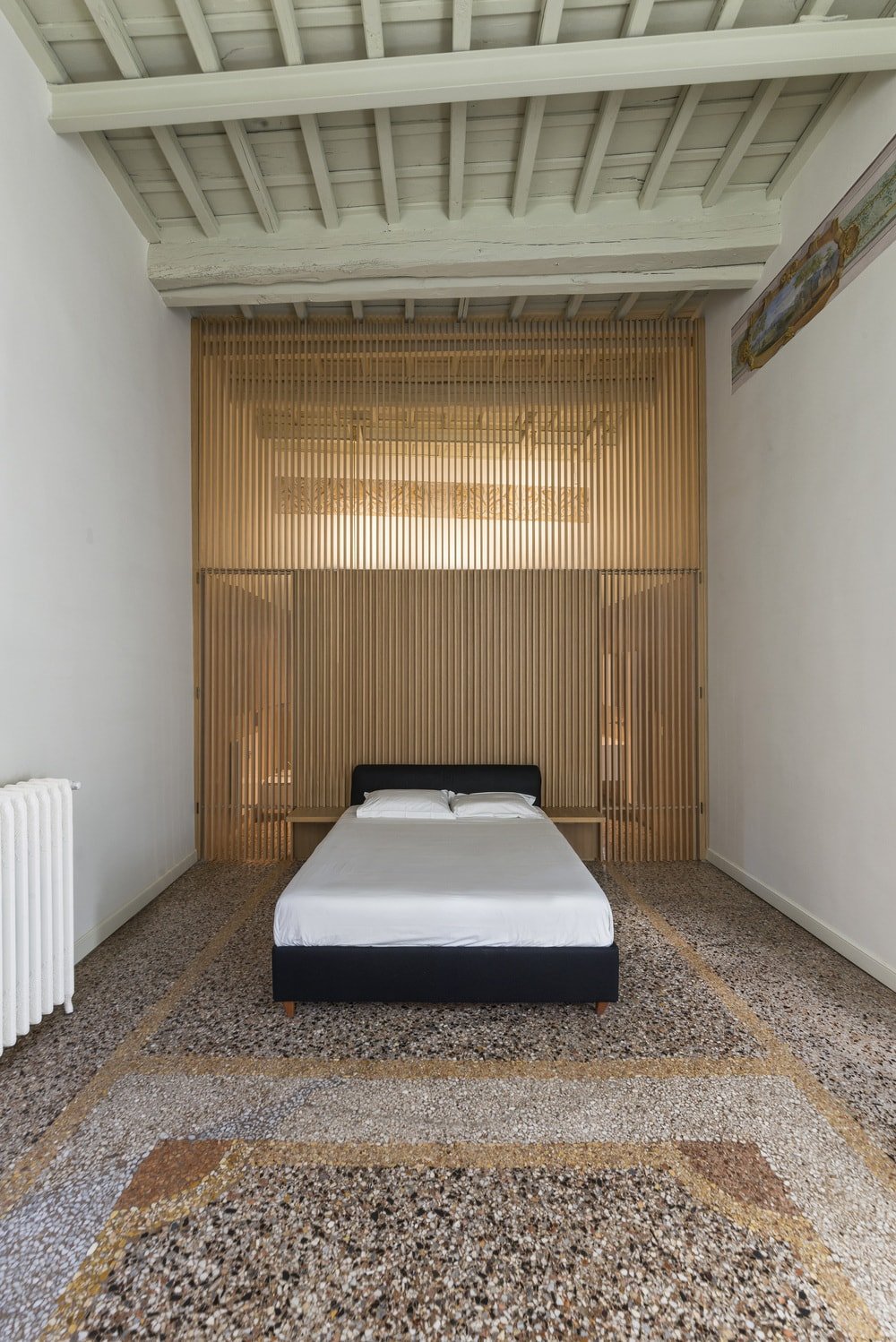 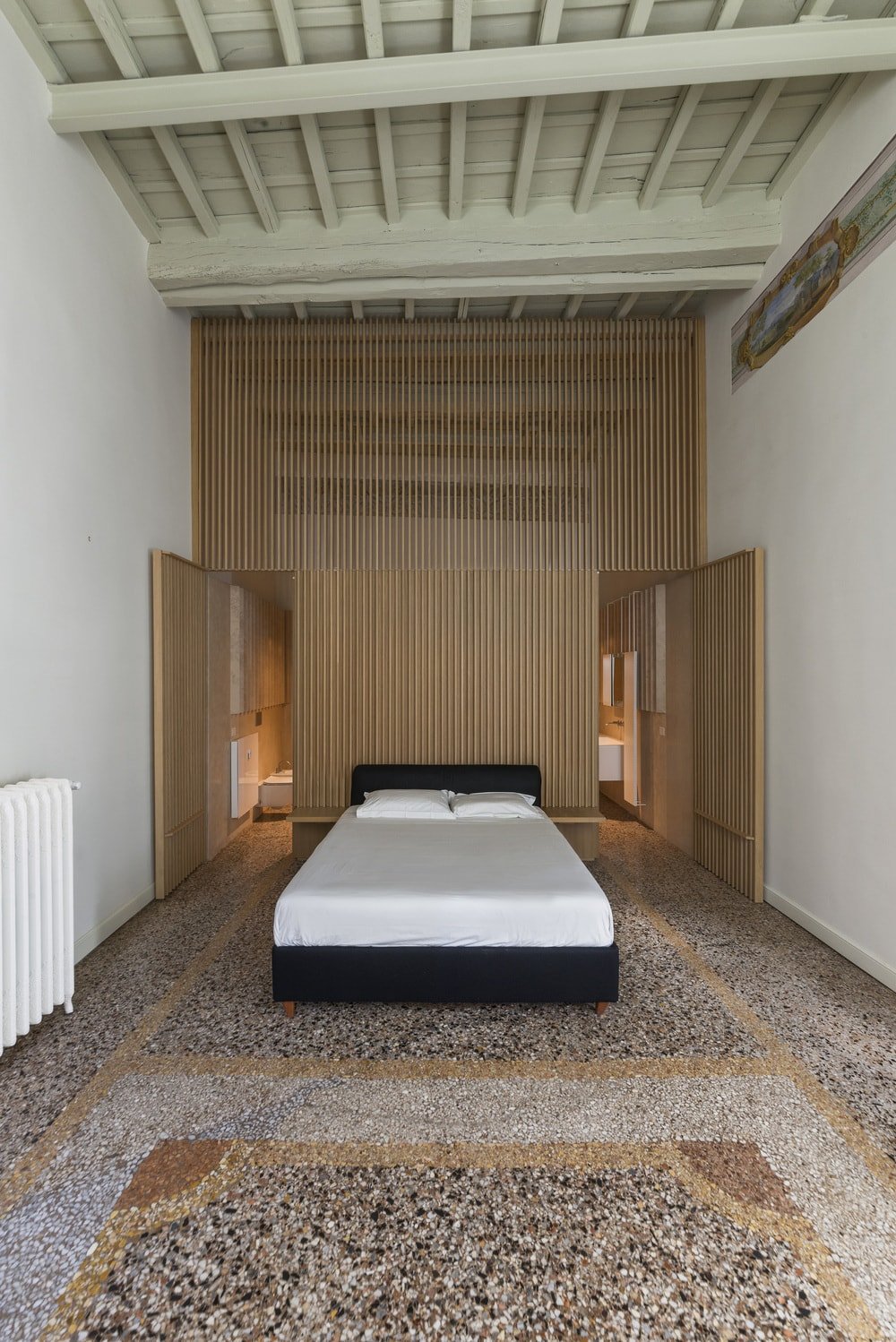 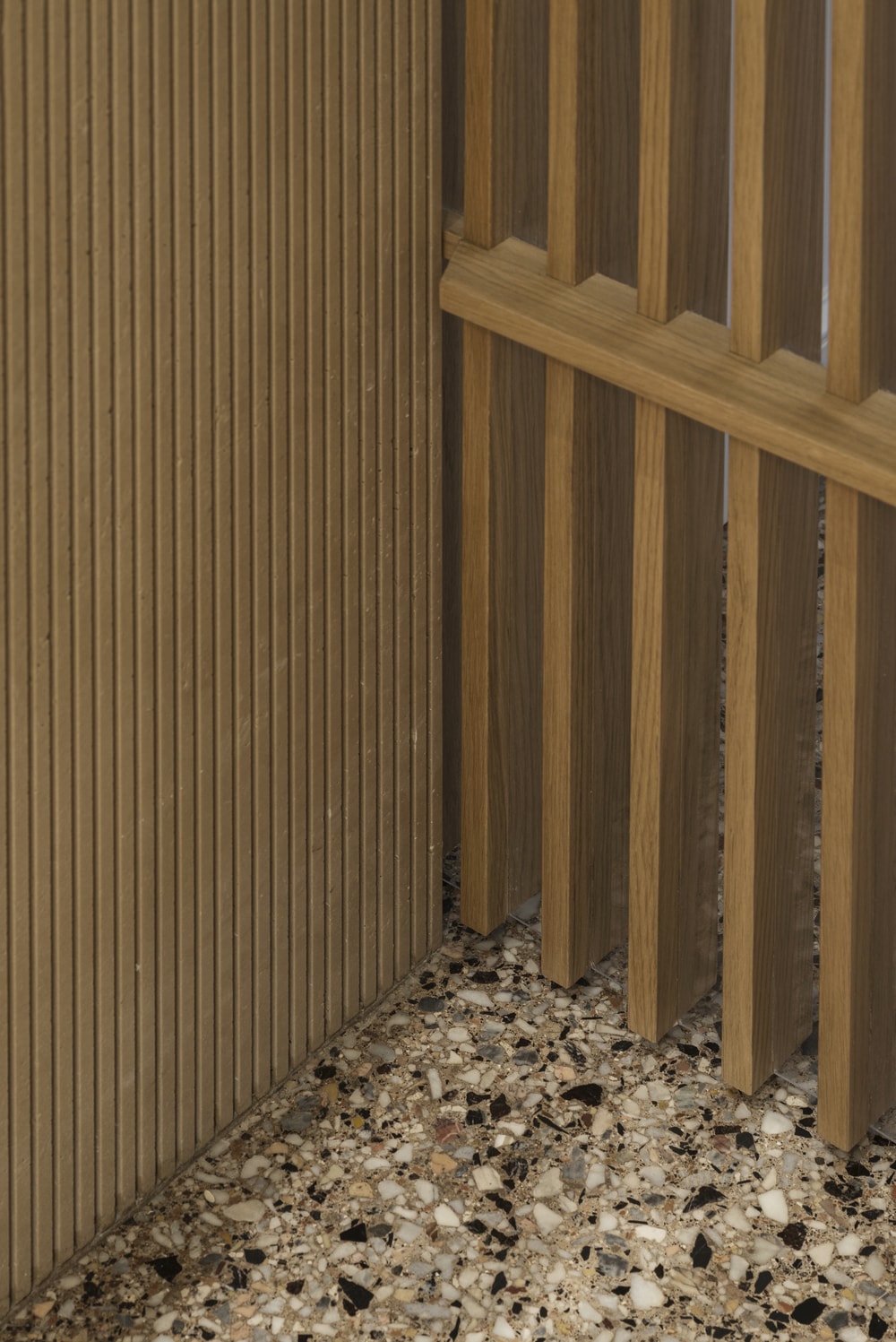 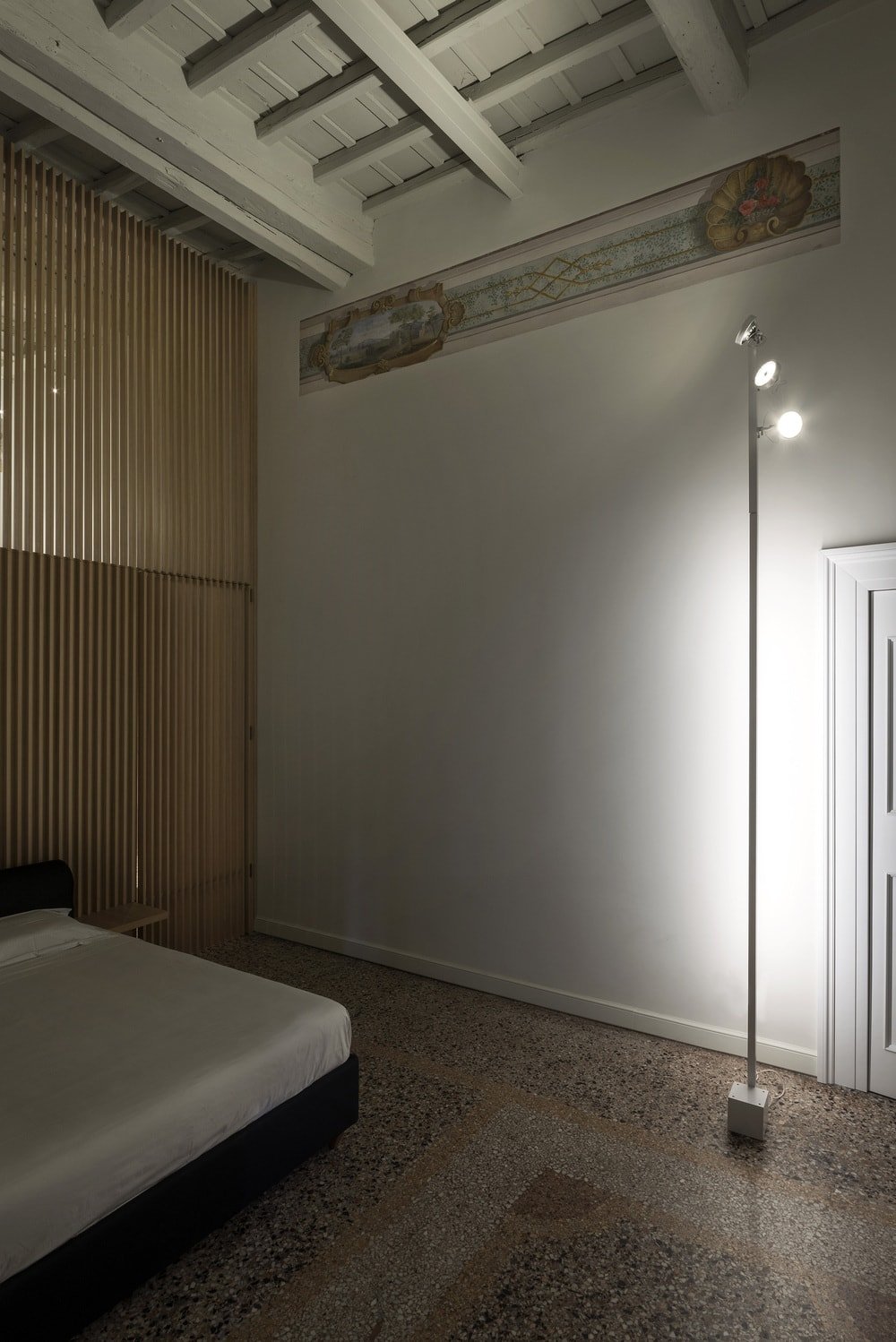 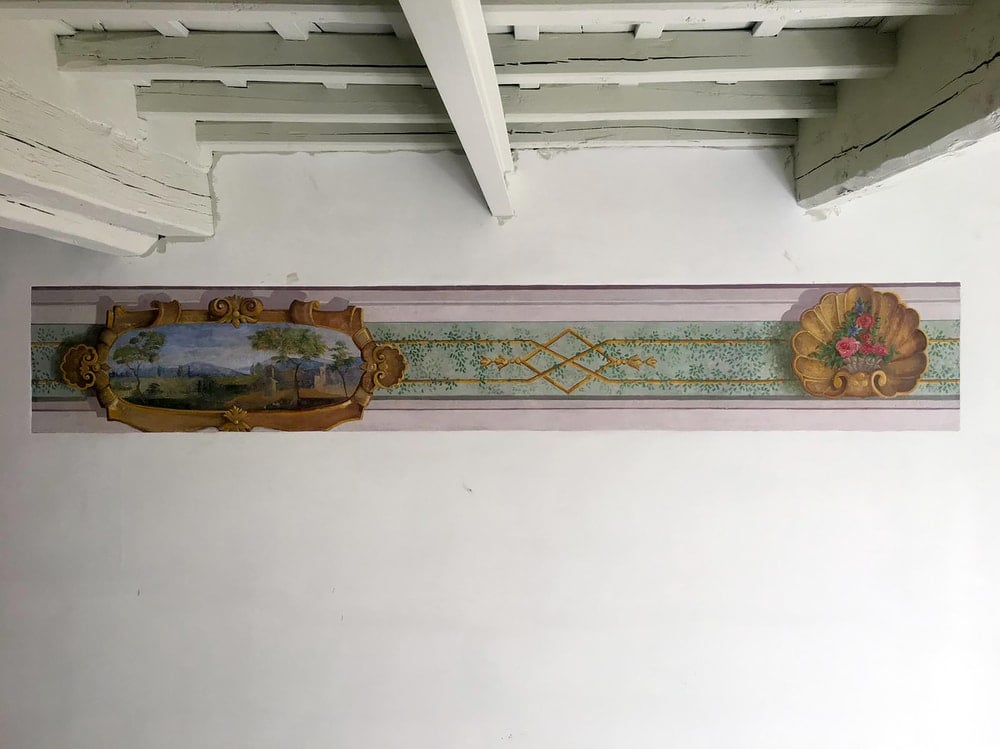 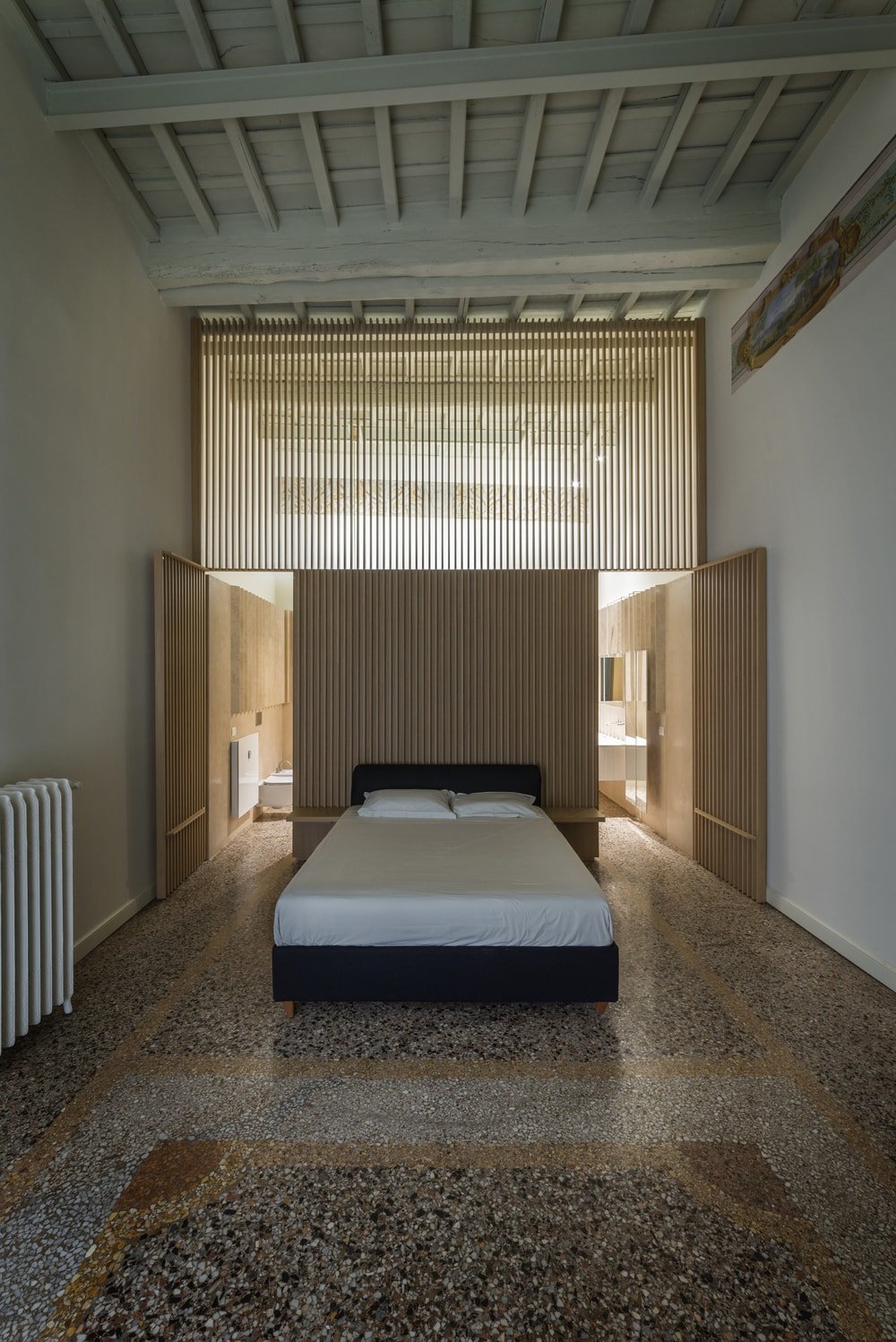 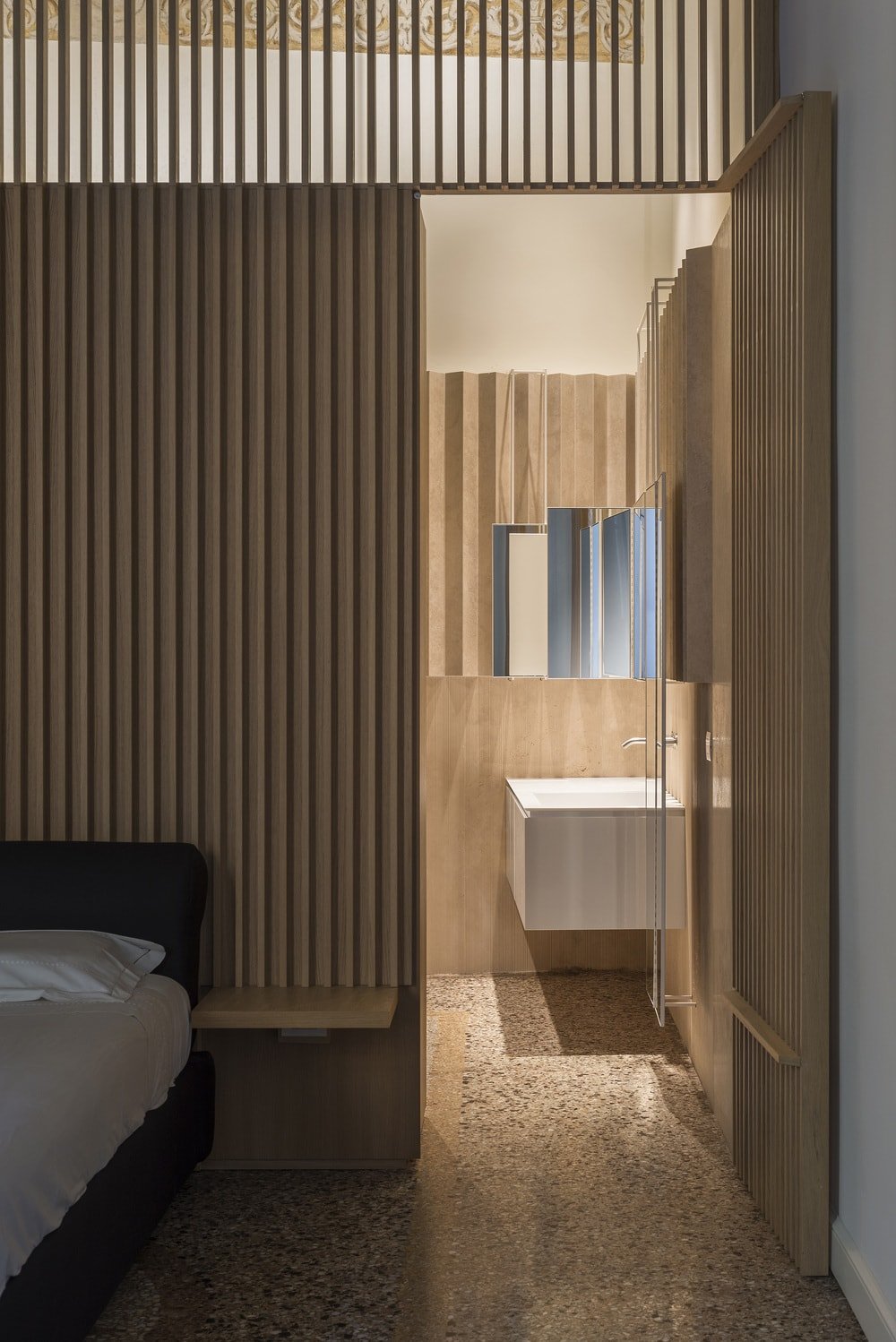 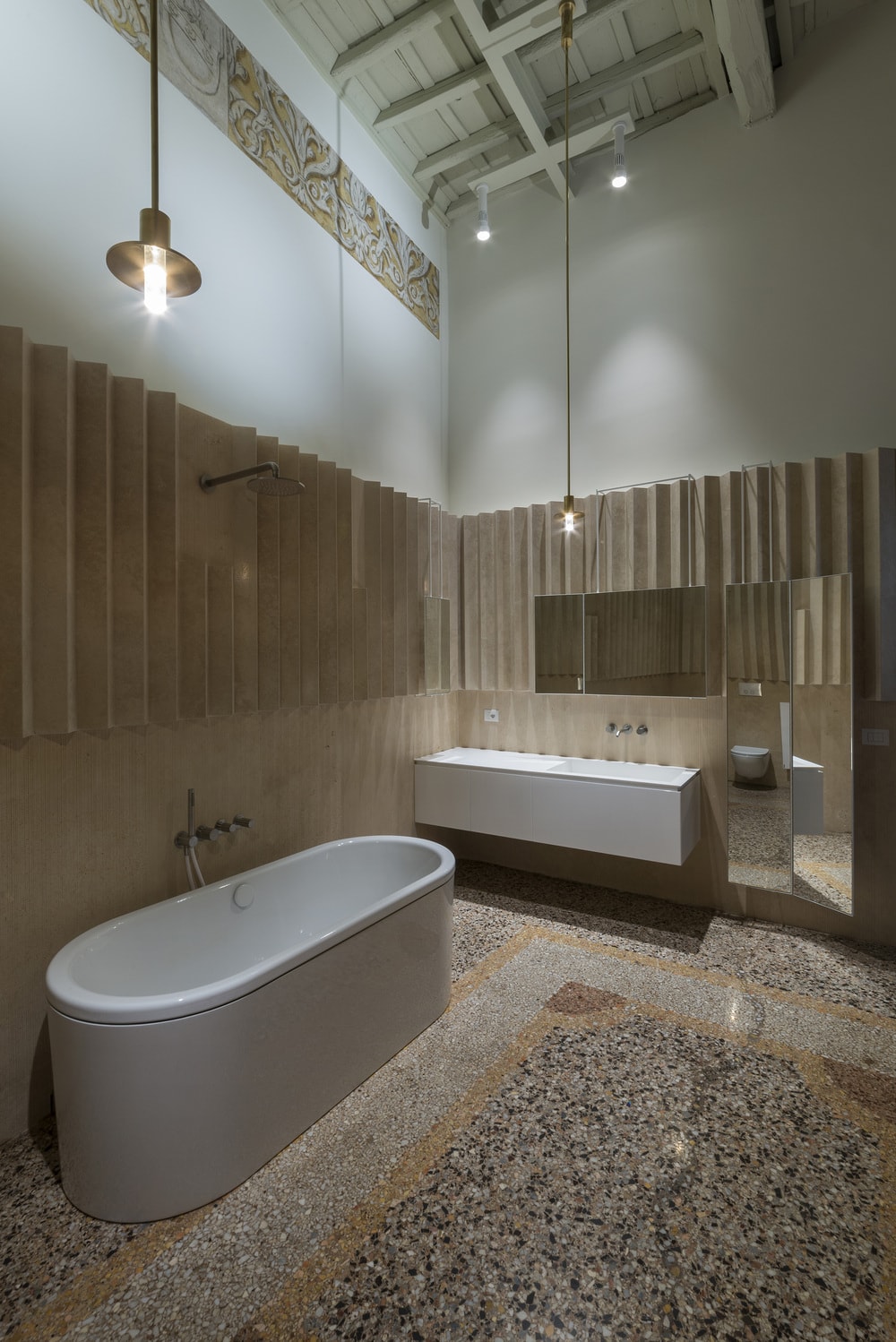 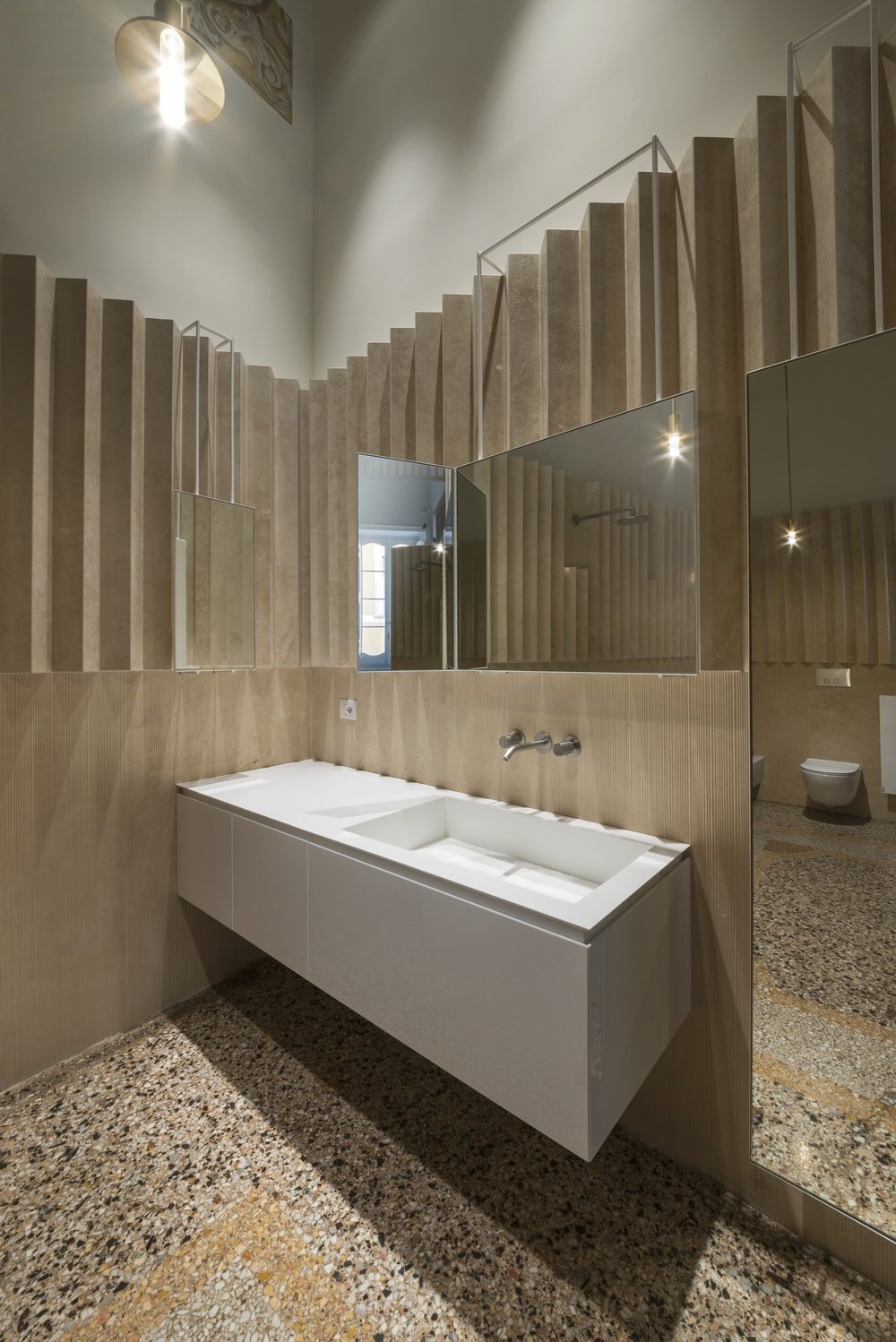 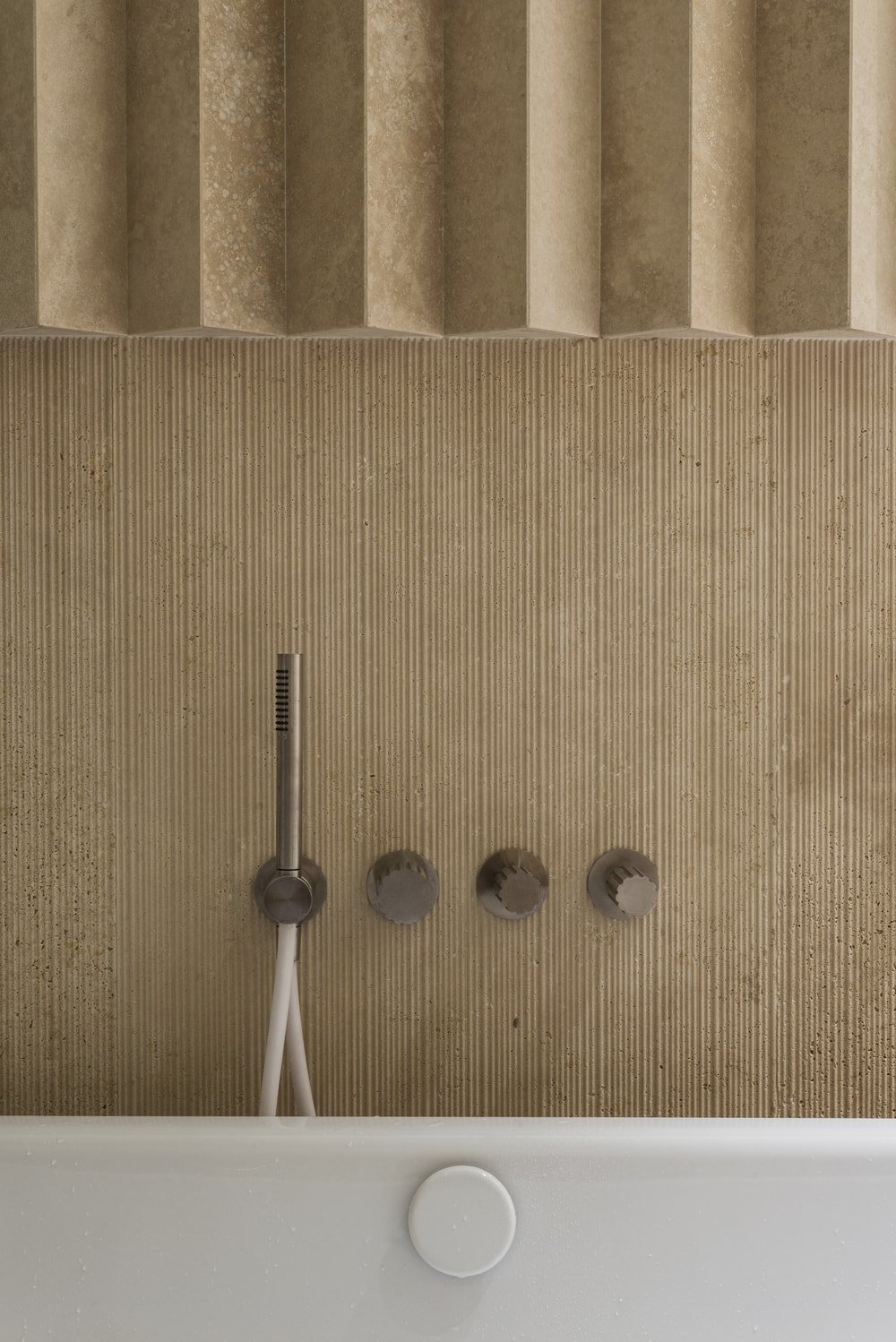 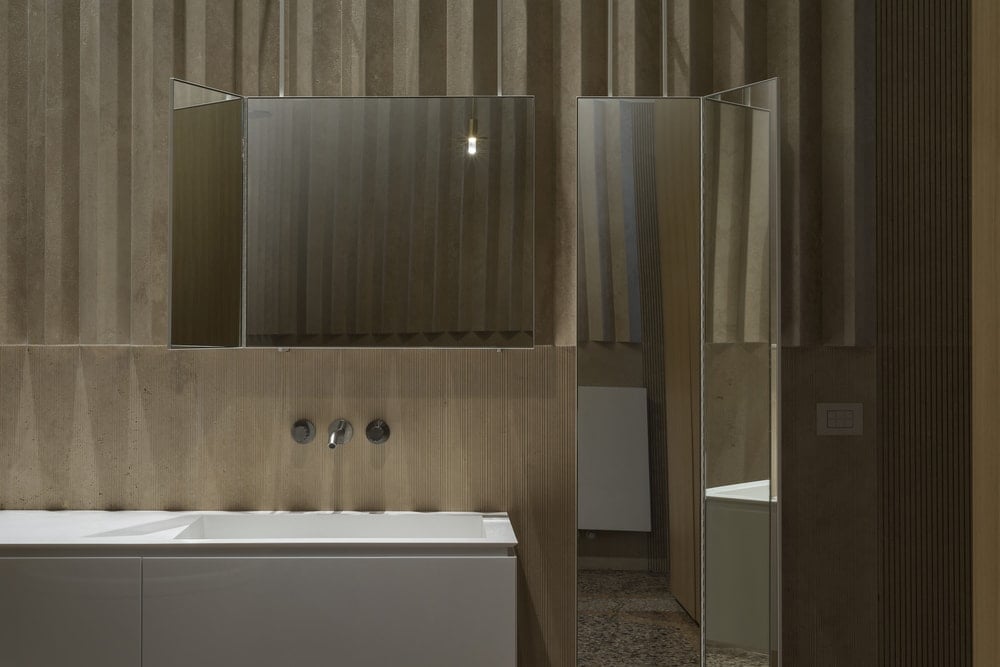 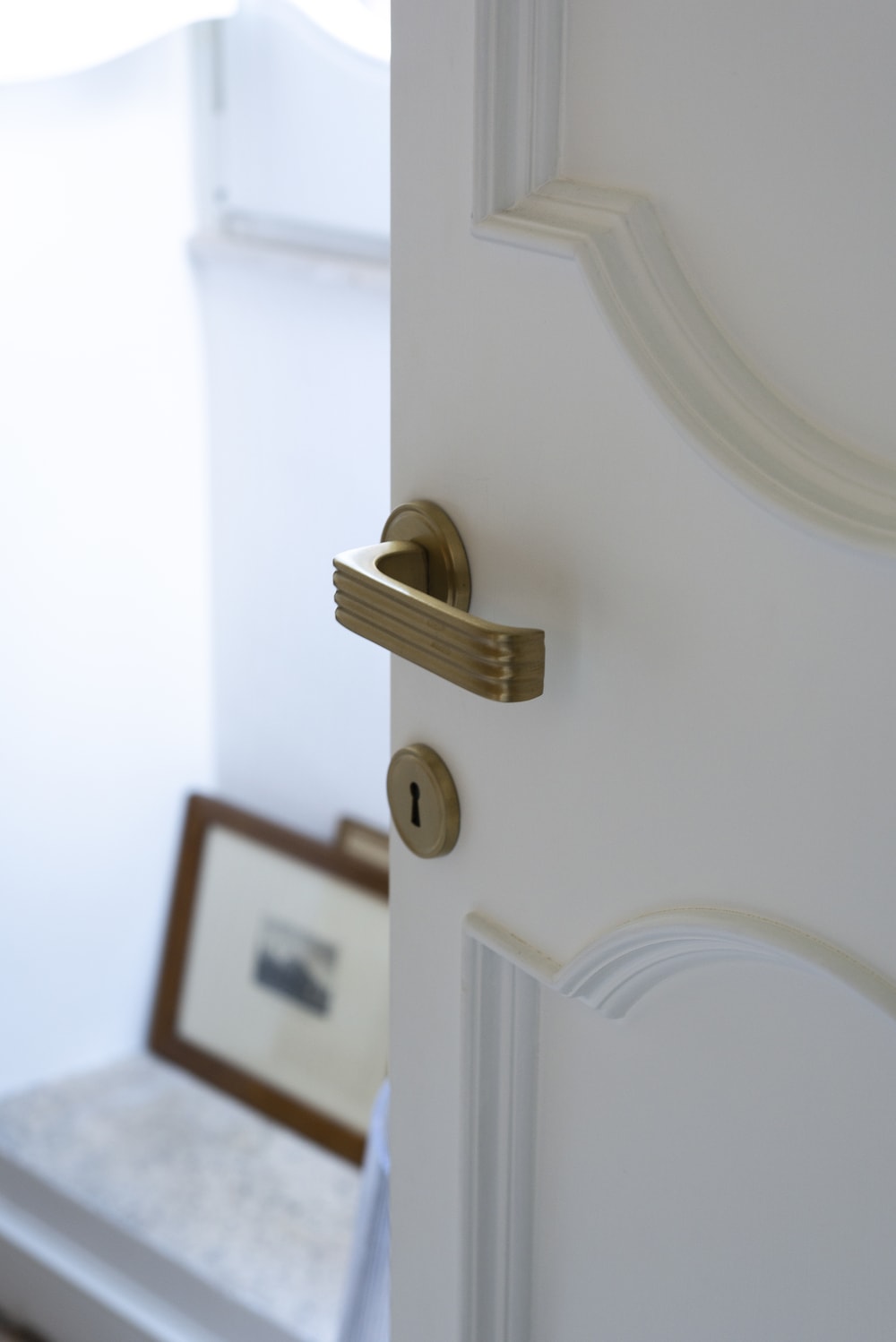 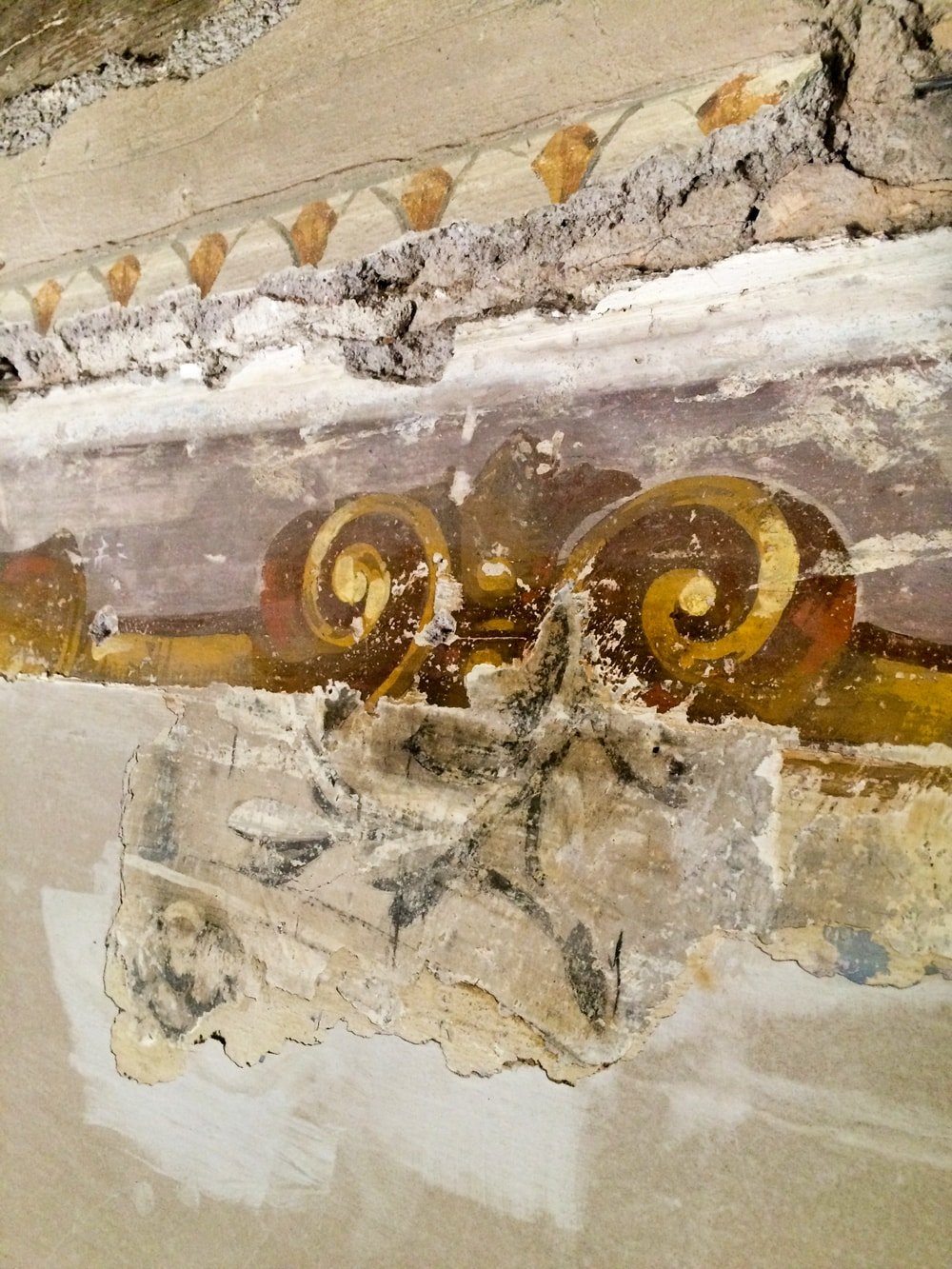 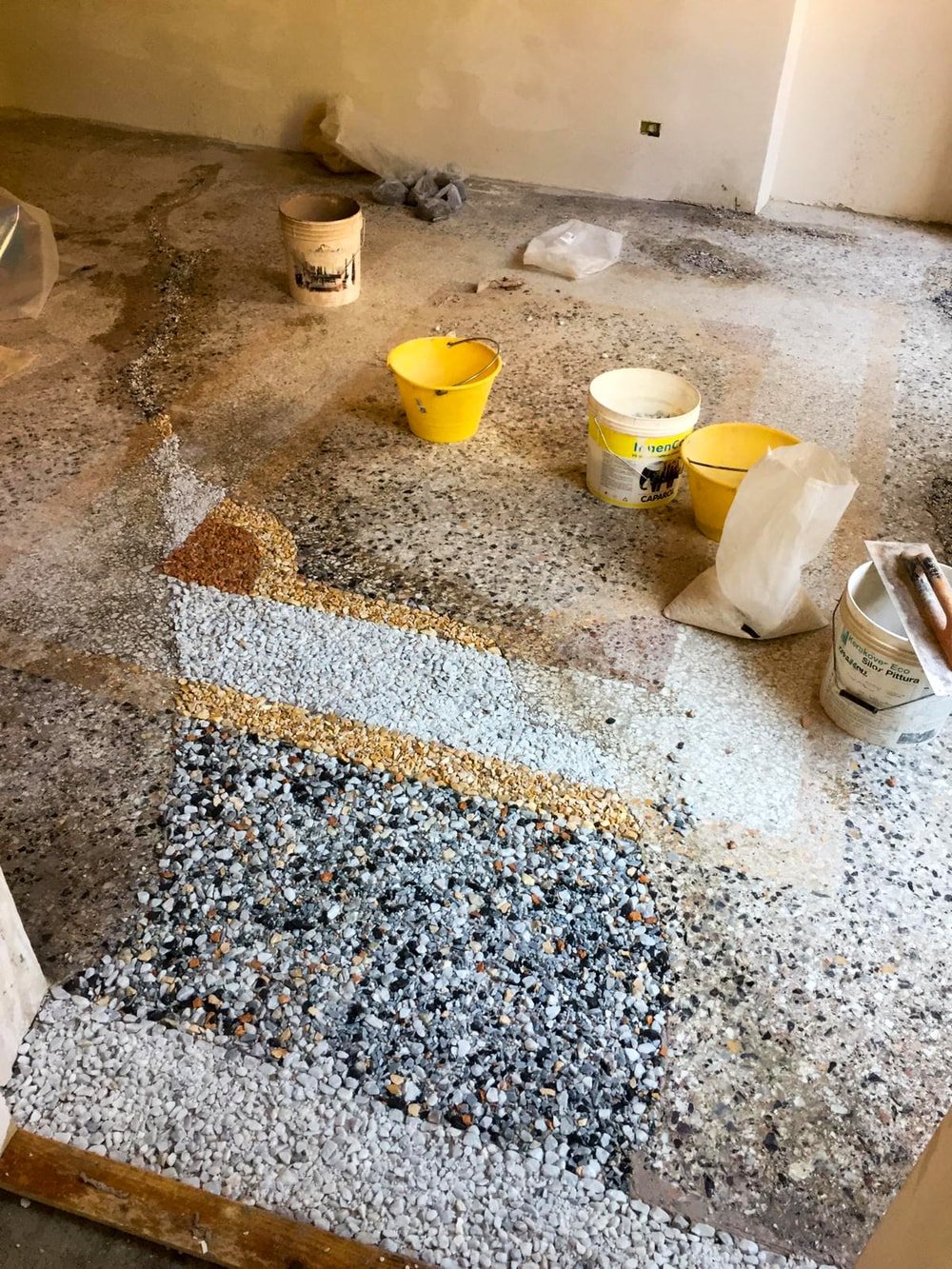 The apartment is located in the historic center of Rome, in the Rione Regola, a few steps from Palazzo Farnese and Piazza Navona. With an area of about 120 square meters, the space showed a character that was no longer original due to the numerous internal wall layout alterations done in the last 150 years.

The project then focused on the restoration and refurbishment of the apartment that was previously used as an office, now to be transformed into a private residence. The first need was to readjust the irregular and uneven spaces, unsuitable for the intended future use, following the requests done by the owner to restore the ancient planimetric layout but at the same time give a contemporary look to the location.

All this has been achieved through meticulous research and rediscovery of the signs of time, such as the ceilings and wall decorations from the XVIII-XIX century, and through the insertion of architectural and furnishing elements to create a new dialogue with the past.

We then tried to maximize the orientation towards the natural light sources by creating a space as open as possible and directed towards the large window openings. The artificial lighting project was also designed to enhance the revealed history of the building and the family works of art that the owner wanted to exhibit again.

As for the materials, we decided to look at the Roman tradition (the travertine walls) and to restore the historical heritage of the place (the Venetian floor, the Roman marmorino), but using an innovative and unconventional aesthetic language, which enhances the combination with the modern, with particular attention to detail.