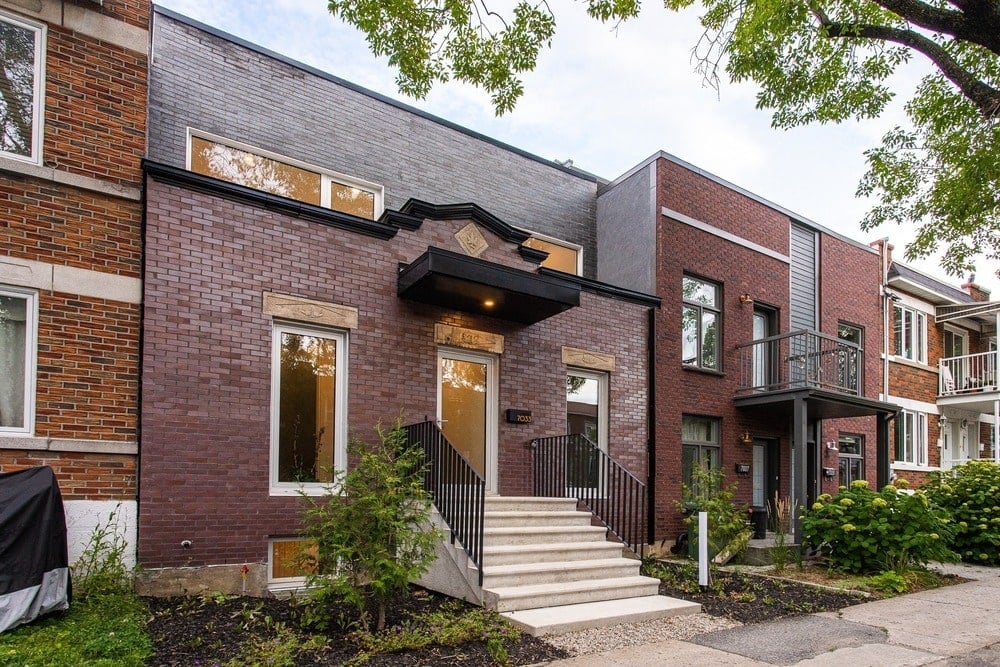 At the origin of the project, a ” shoebox ”. A modest small one-story house, built in the 1920s, which has a facade as prosaic as its interior spaces. As an architect, the main challenge of the project is to know if this type of house, which some want to be heritage, must be conserved and protected. After a trial ideation phase, a design principle was imposed: preserve the main façade and develop the single-family house project around it.

The second principle guiding the design revolves around the optimal use of natural light in indoor spaces. Indeed, the usual constraints of the construction of terraced residences forced a lack of daylight in central spaces. The installation of a large skylight in the middle of the house has decided naturally, with a staircase that has covered the 3 floors of the house and has diffused light in the rooms, living spaces, and even in the basement.

From 2 postulates, the functional organization was made quickly, with a games room, a bedroom in the basement, living areas and an office on the ground floor as well as 3 bedrooms and 2 bathrooms on the first floor.

For the house facades, the composition and some decorative elements of the original façade were preserved, but the masonry was redone. On the rear facades, burnt wood has been chosen as a coating for its aesthetics and durability.

In the end, this reflection on these shoebox houses, in a context of real estate growth and urban densification, allowed the construction of a hybrid house, resolutely modern but with a trace of the past. 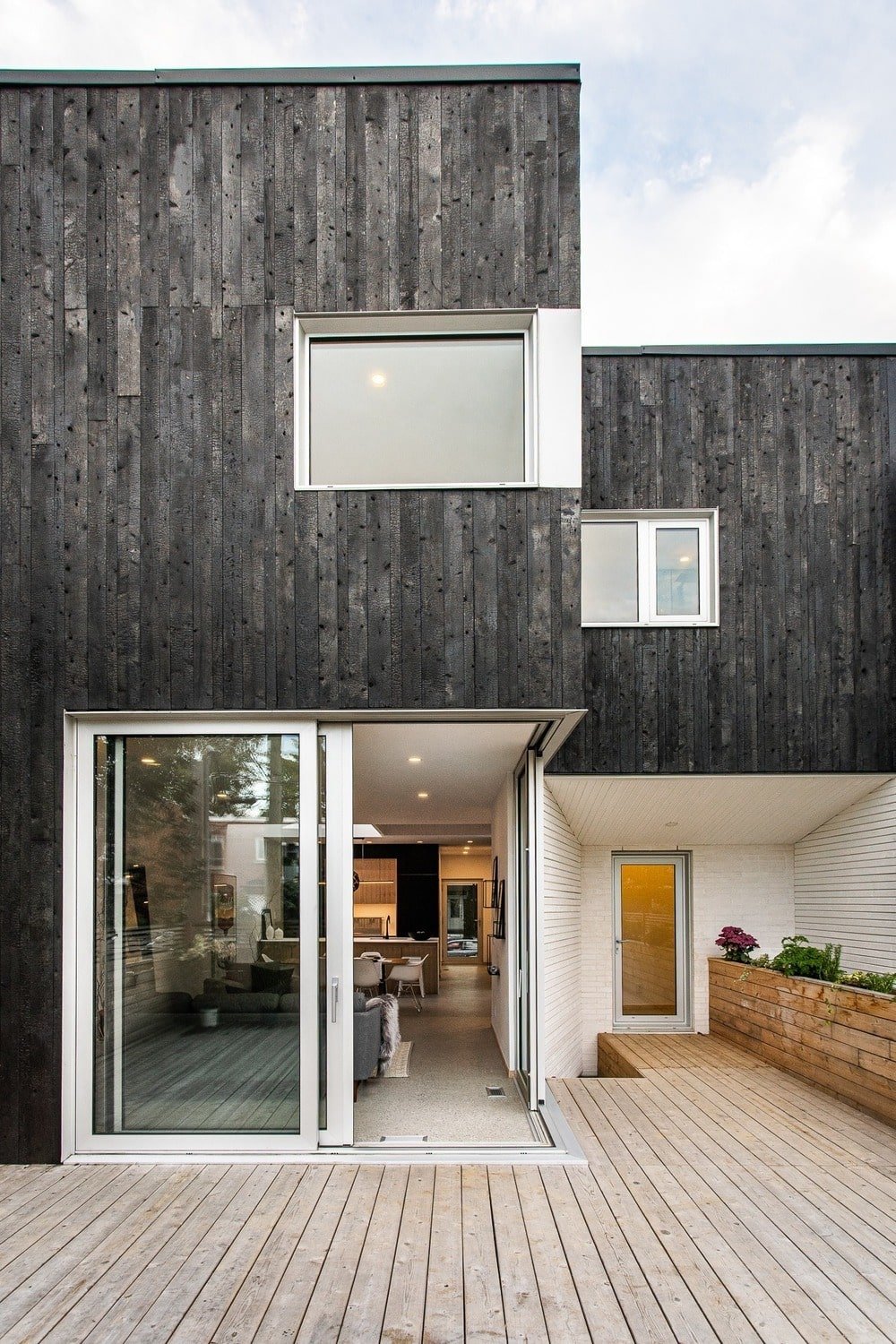 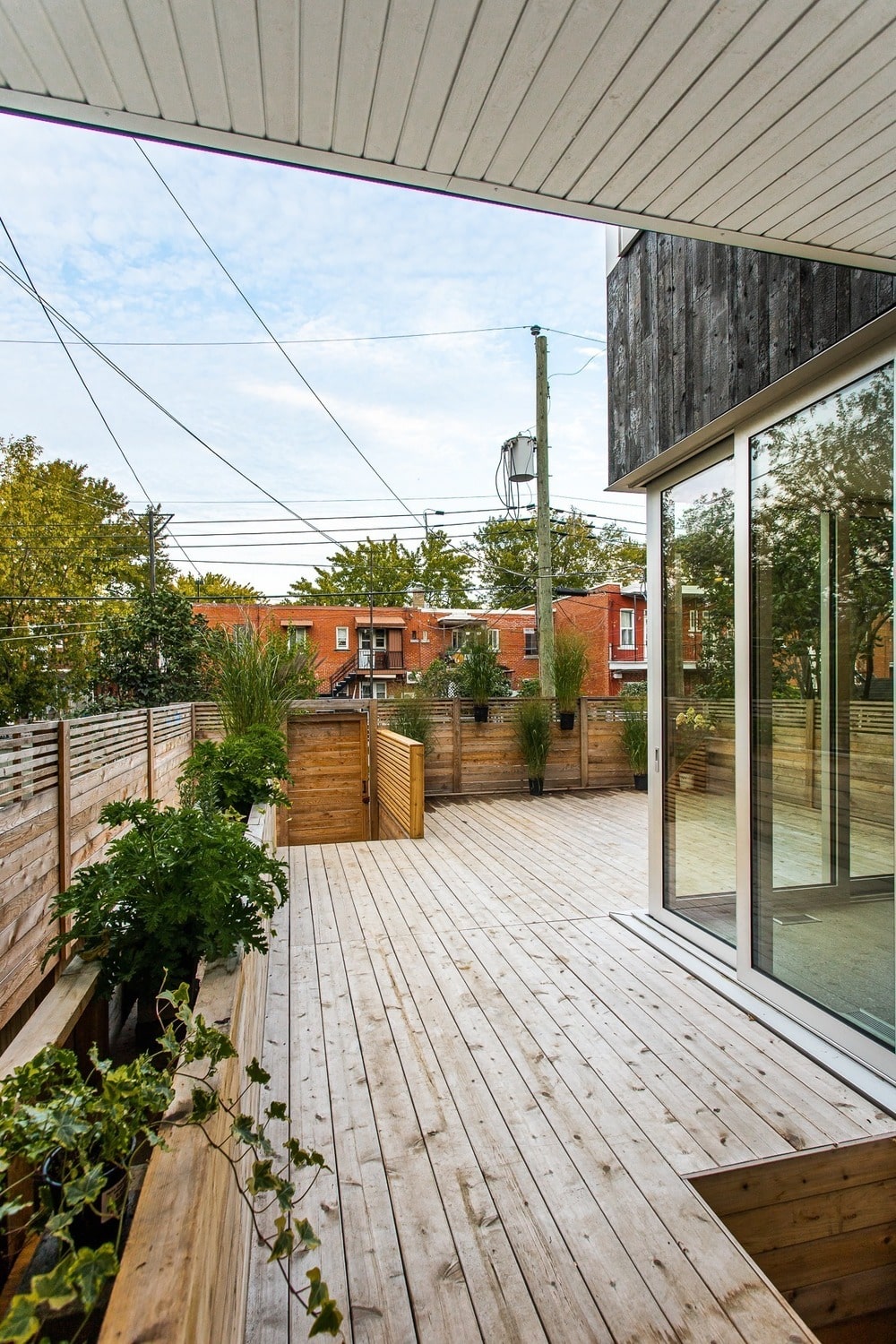 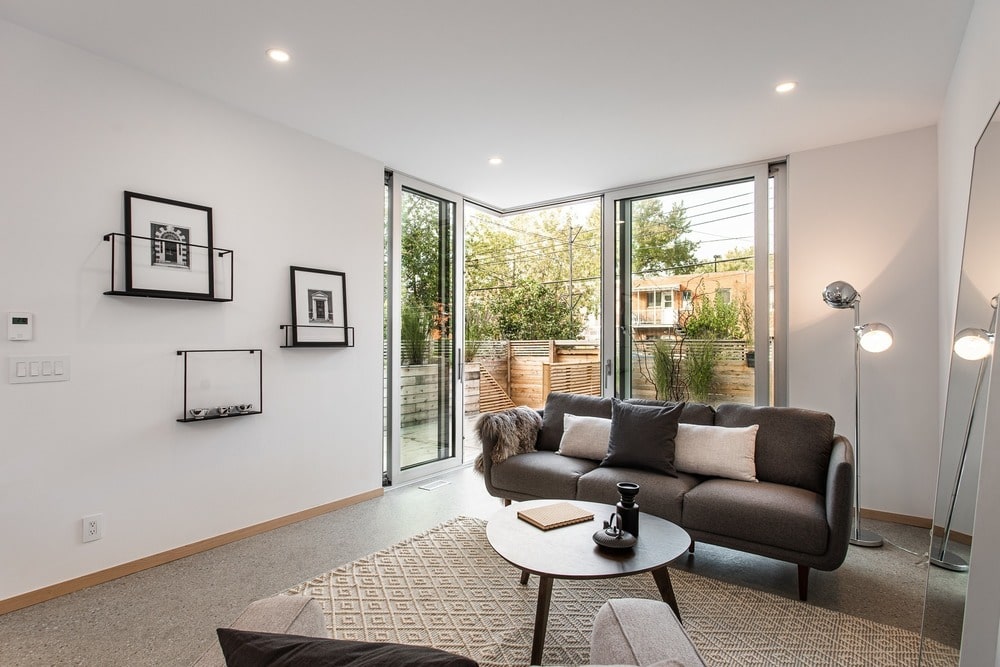 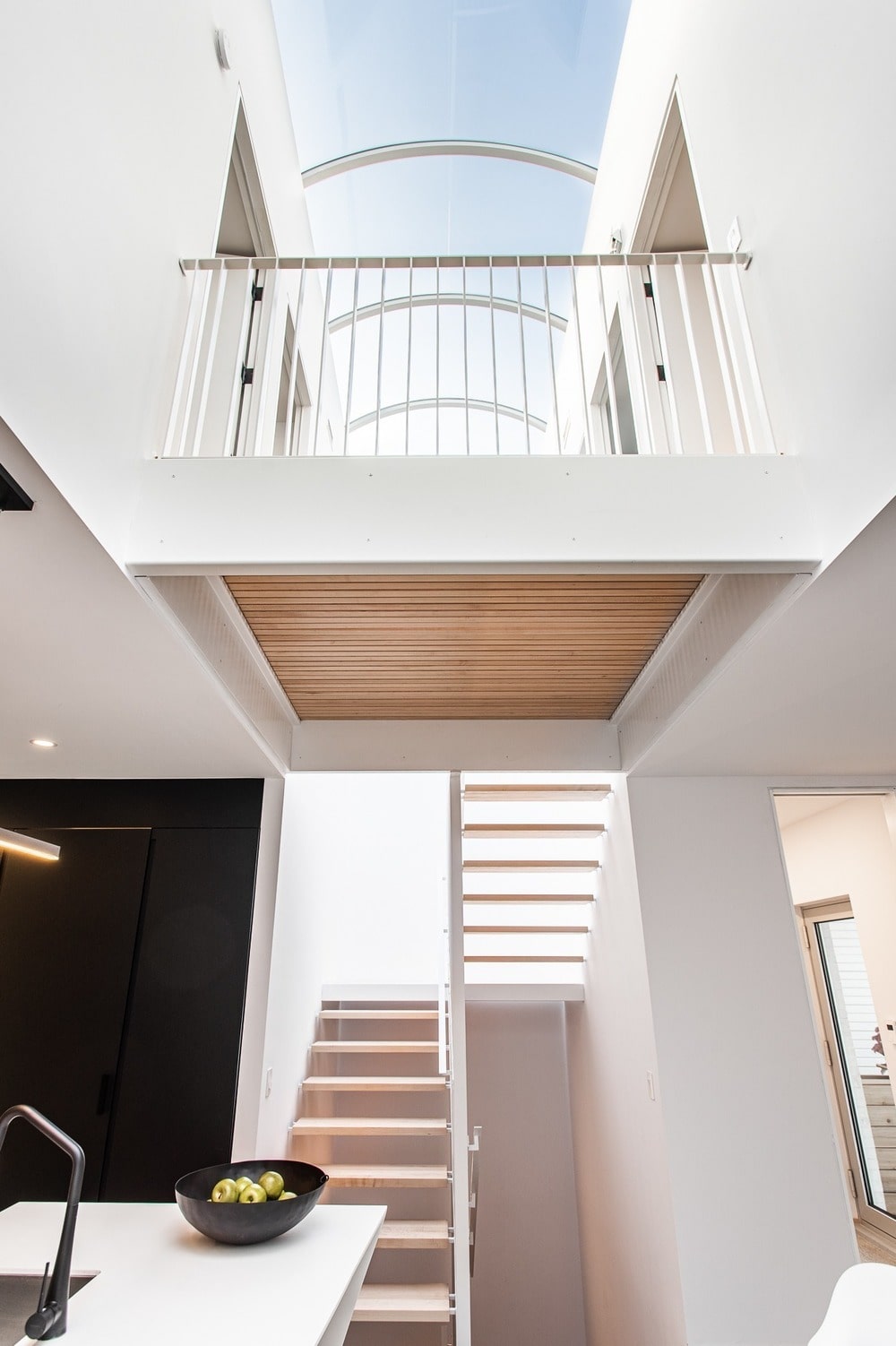 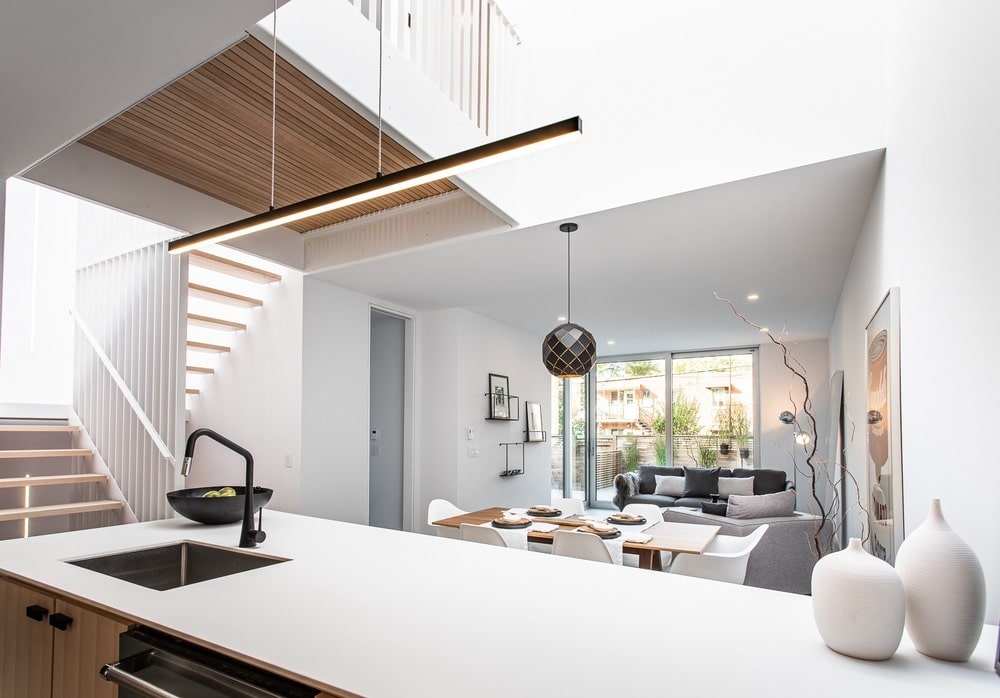 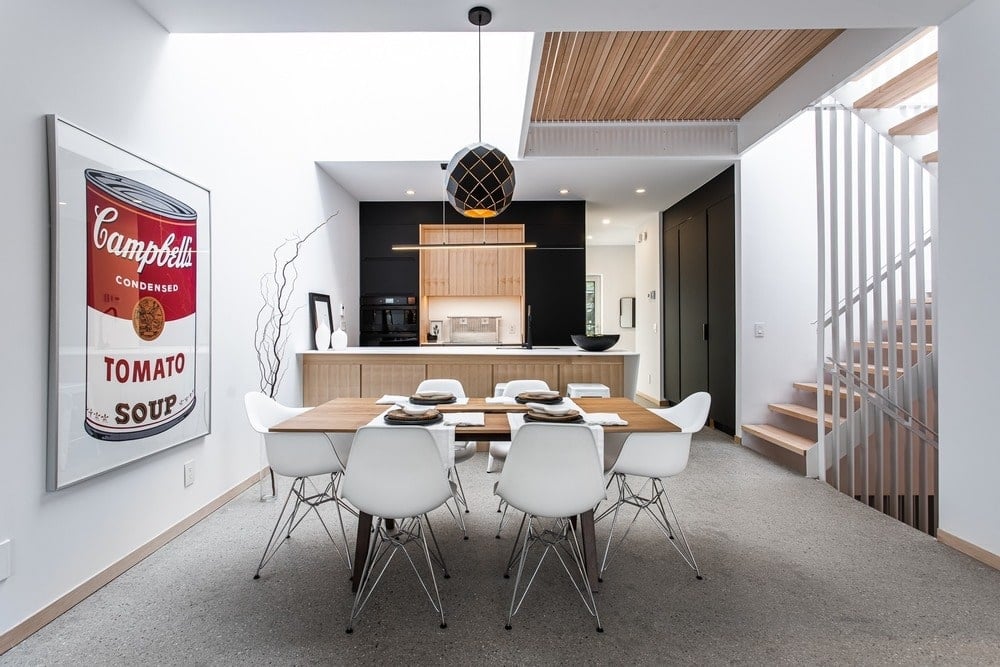 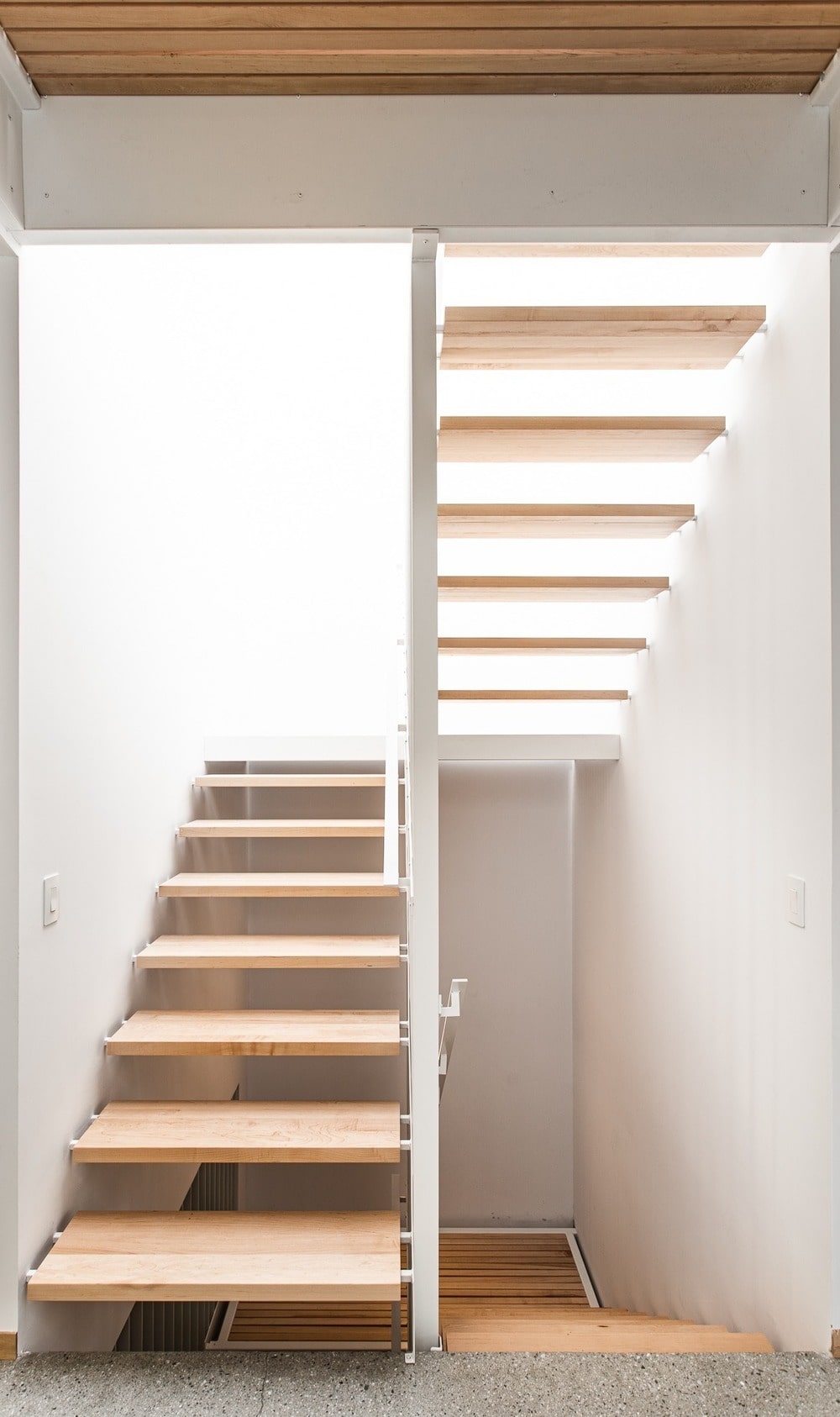 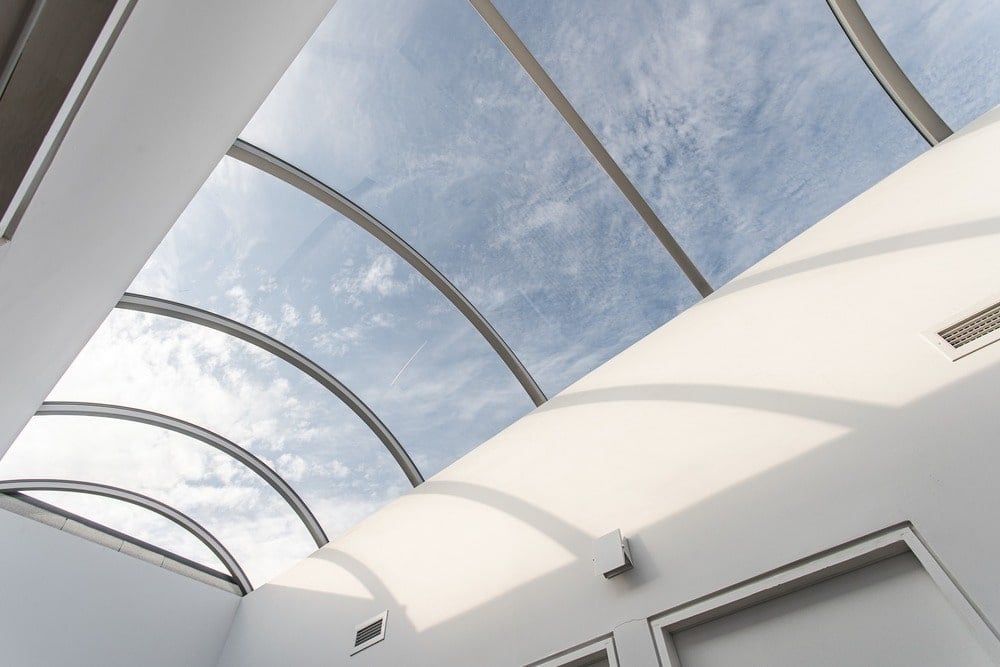 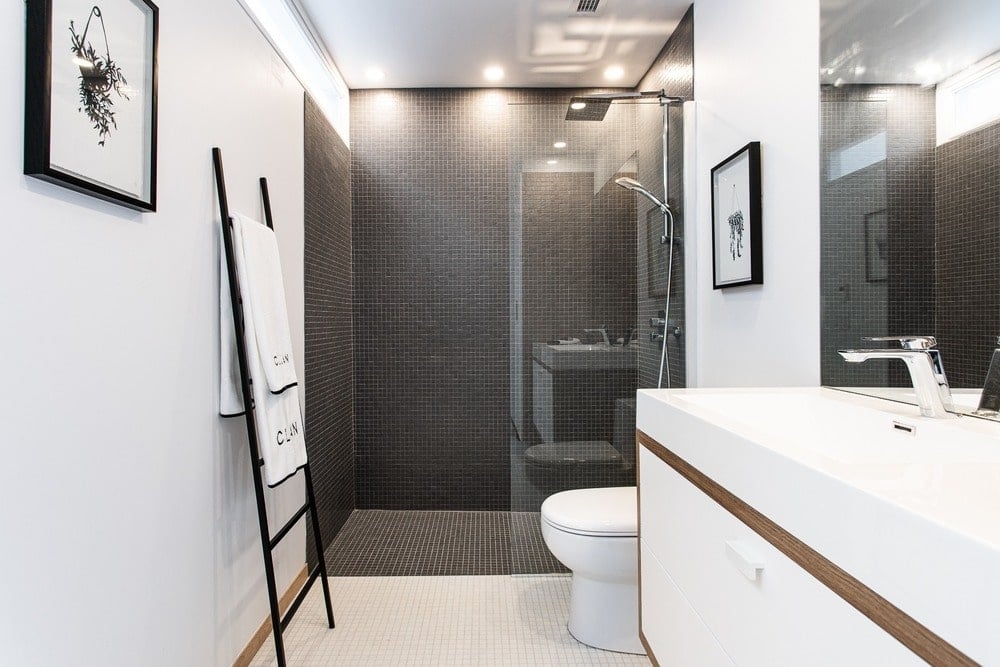 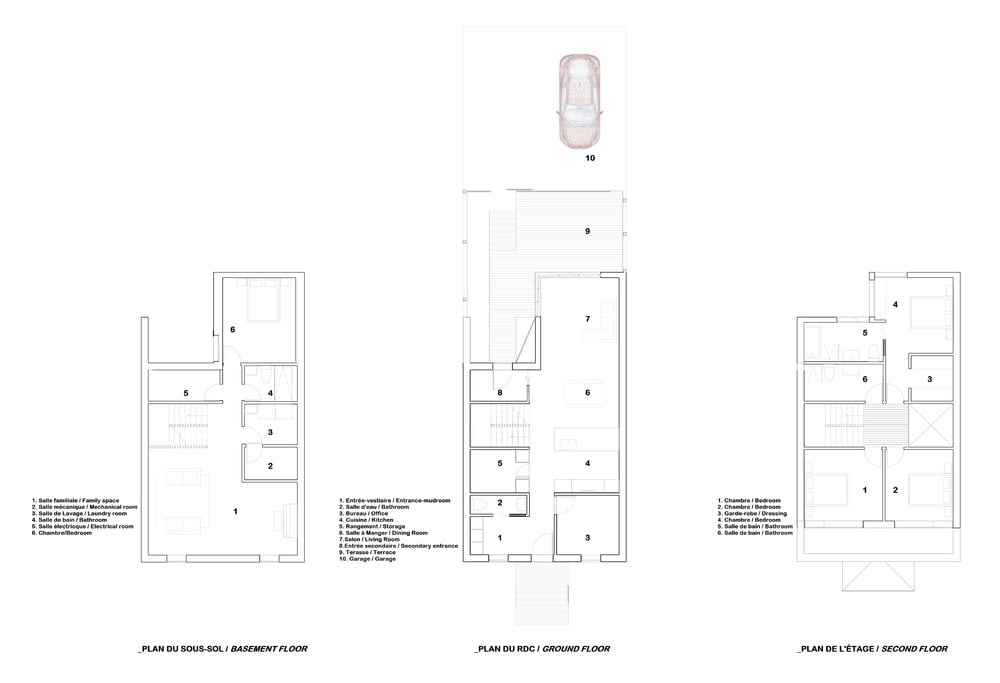