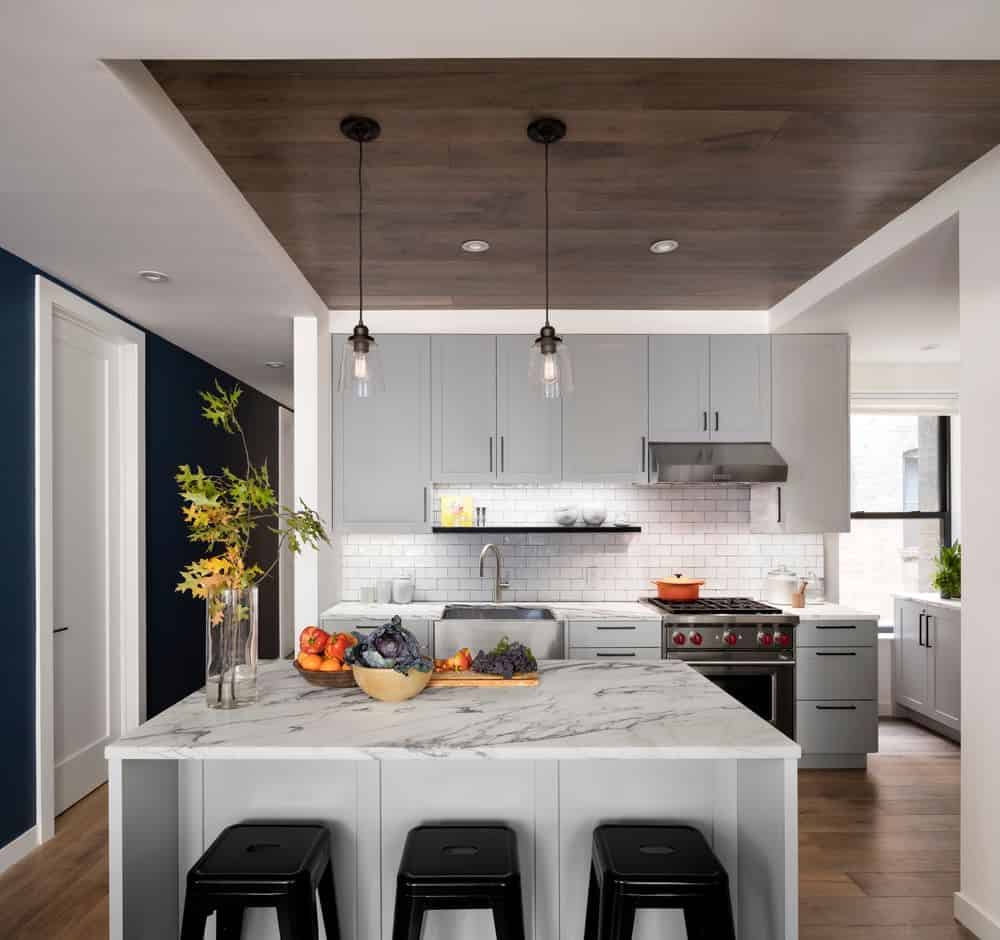 The clients, a couple with two children, had been living in their apartment for over a decade and decided it was time to renovate. Included in the project was a plan to convert a basement-level storage unit into a family room by adding a staircase at the end of an existing hallway to connect the two spaces together.
The entry sequence was reworked to create a slate-tiled mud room that could contain coats, shoes, backpacks, and sports equipment for the family of four.

The strategy for the living spaces was to remove partitions and open up the kitchen to the living and dining rooms. A raised wood-clad ceiling separates the kitchen apart from the adjacent spaces. The creation of the mudroom allowed for a small office to be tucked into a corner of the dining room. A steel and glass partition creates a sound barrier while letting in light. Steel also wraps the structural column and appears again in the dining-room light fixture as well as in the form of a shelf above the kitchen counter.

The private spaces of the apartment are organized along a long wall painted a deep blue-gray. A new bath was added off the primary bedroom, with both finished in shades of light blue and gray.

The kids’ bathroom features another steel and glass enclosure, this time for the tub/shower, which is set between a black tile floor and ceiling. The kid’s bedroom at the end of the hall is painted in tones of lilac and gray with a large corner window seat.

Downstairs, the family room features a large sectional and built-in shelving for movie watching plus areas for laundry and storage.

Recent professional awards include AIA New York and AIA Brooklyn Queens Design Award Certificates of Merit for the Maple Street School. A speculative project, Chromatic Energy Landscape, was a finalist in the Land Art Generator Initiative and received an honorable mention in the Architizer A+ Awards. 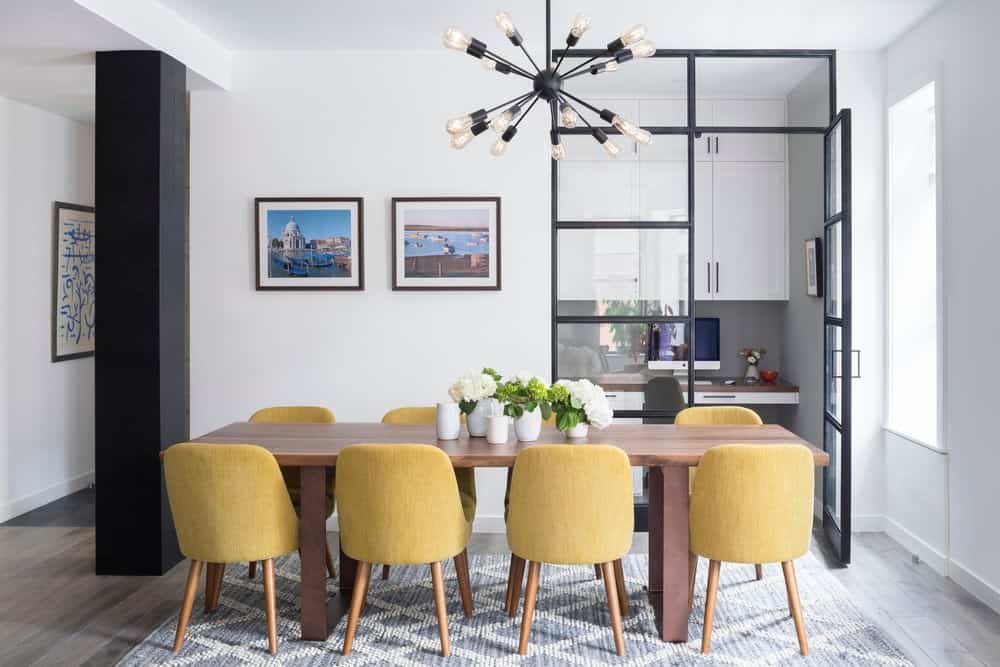 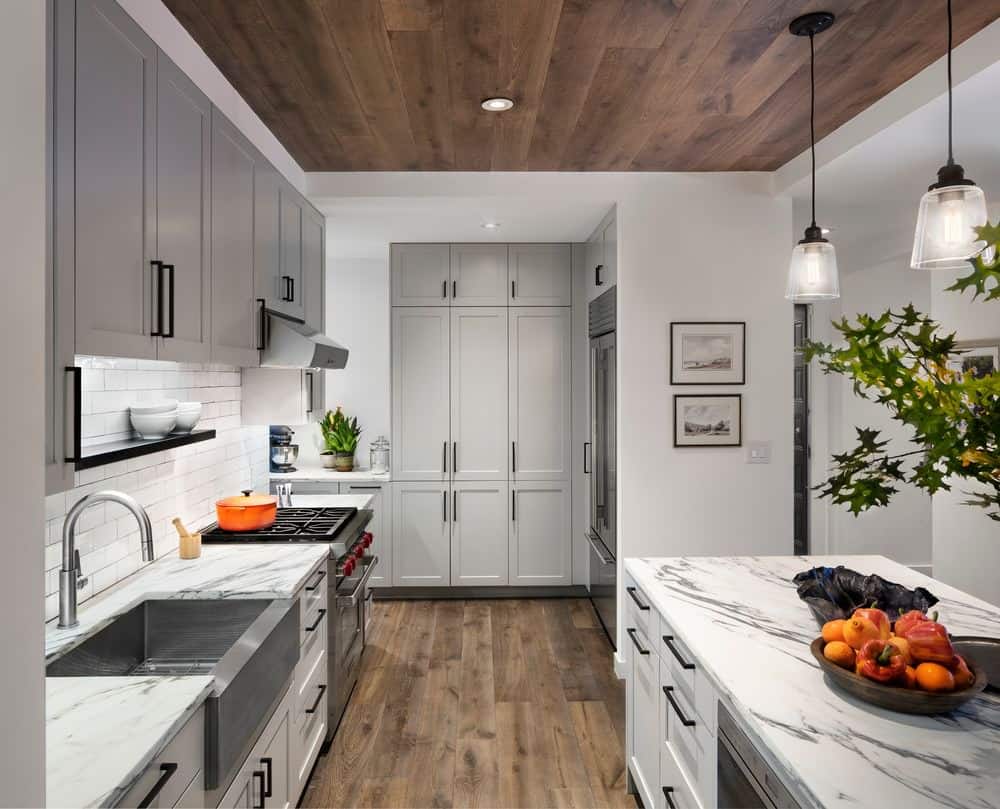 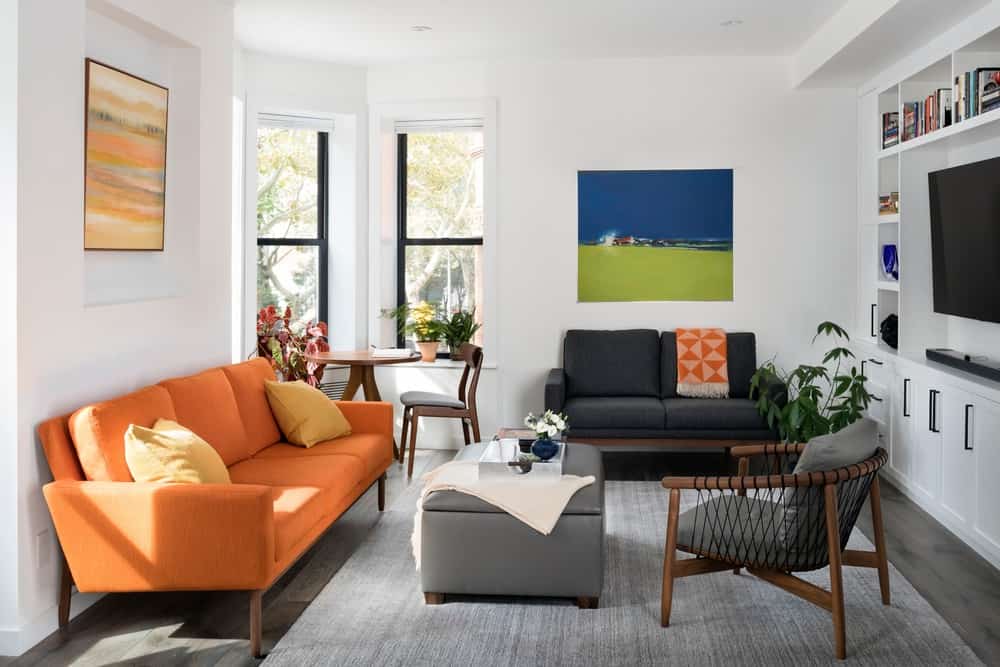 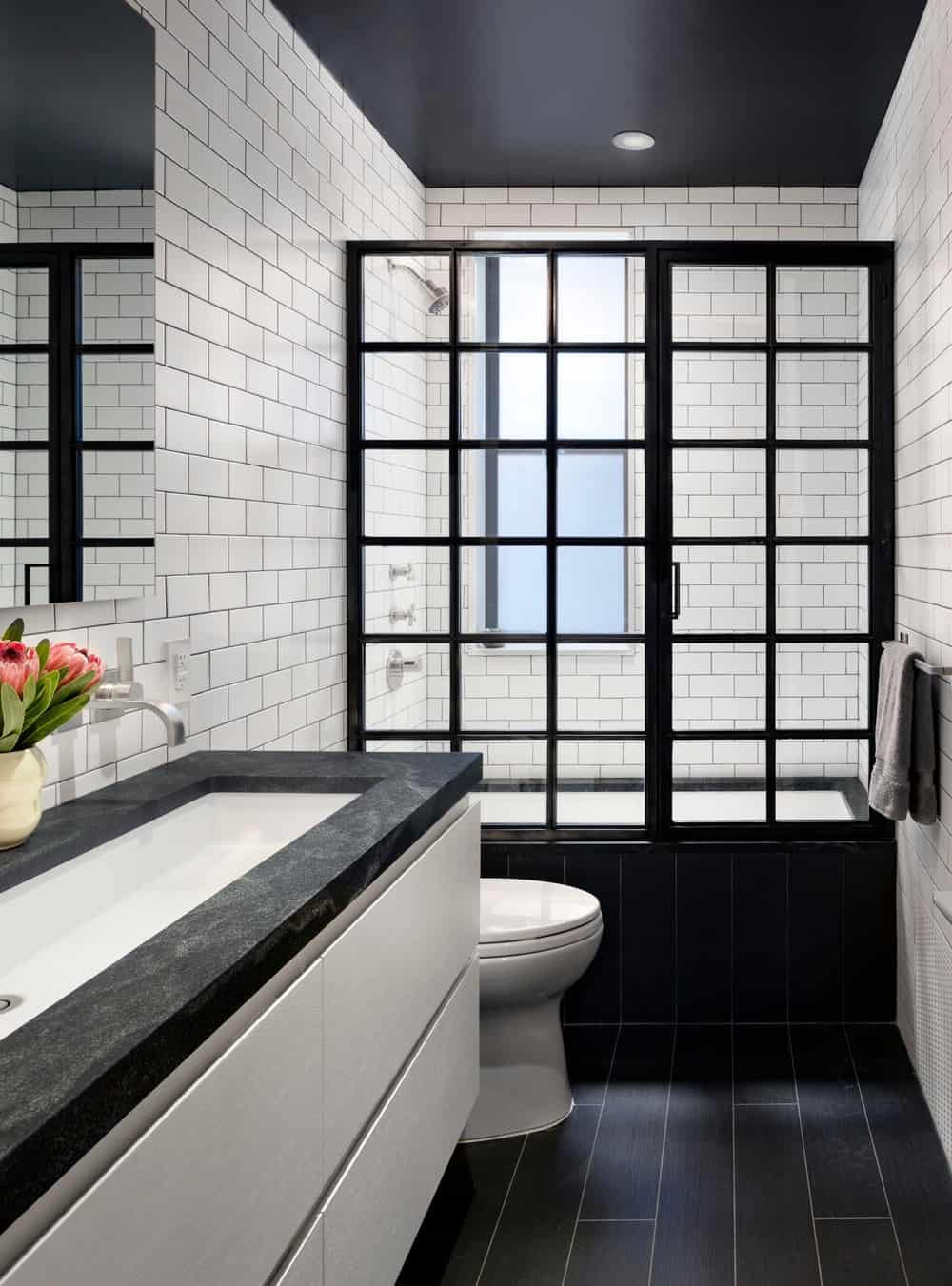 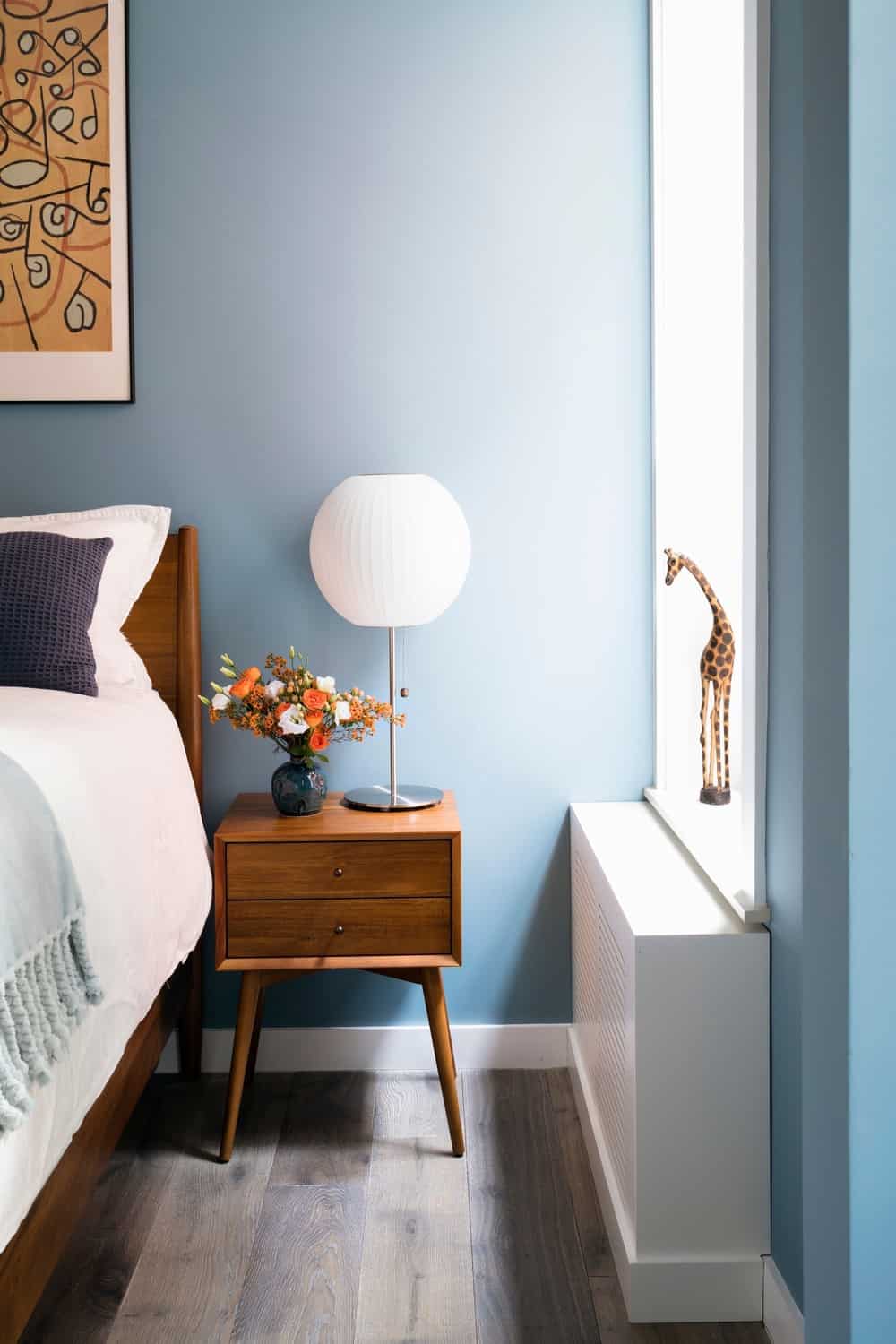 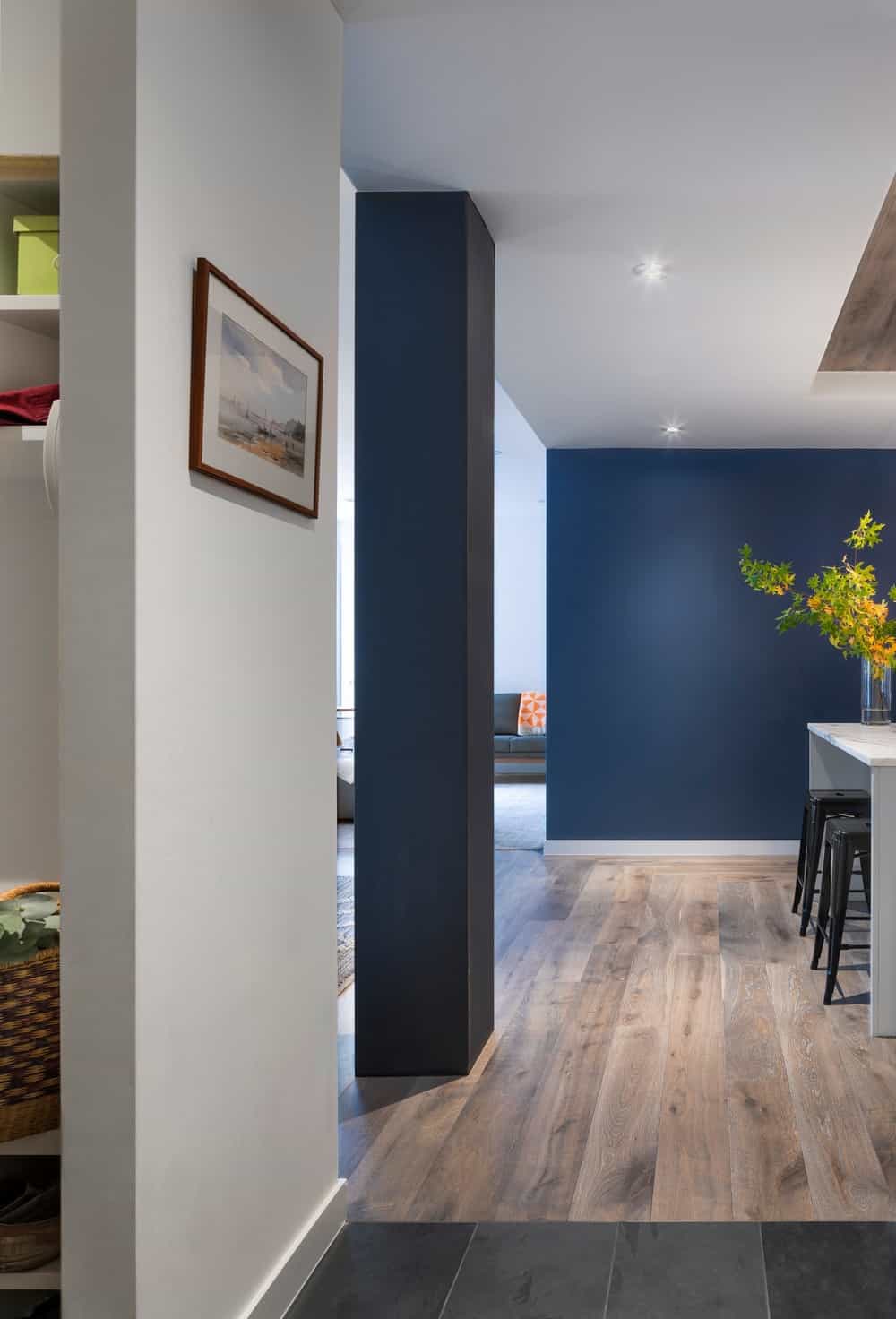 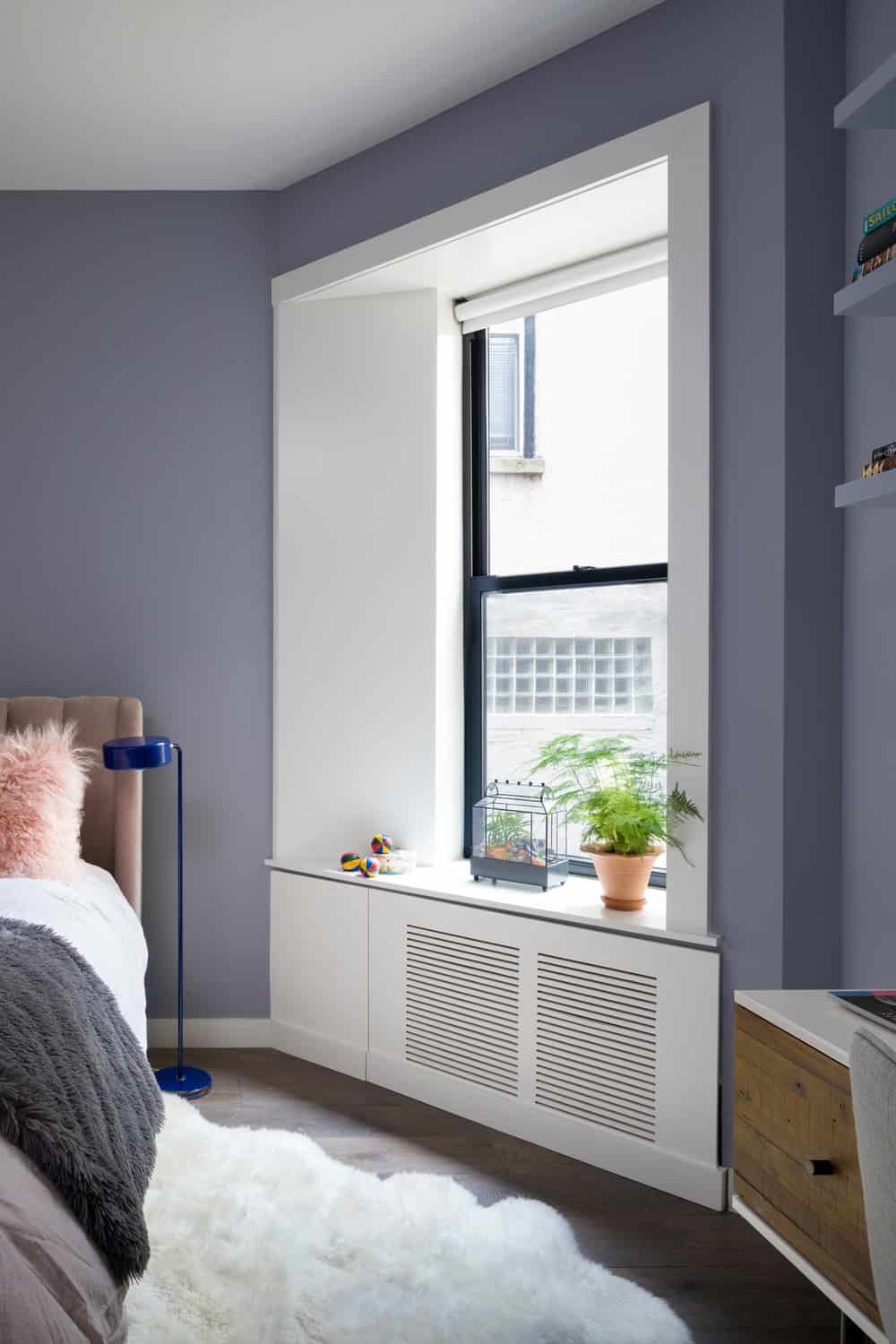 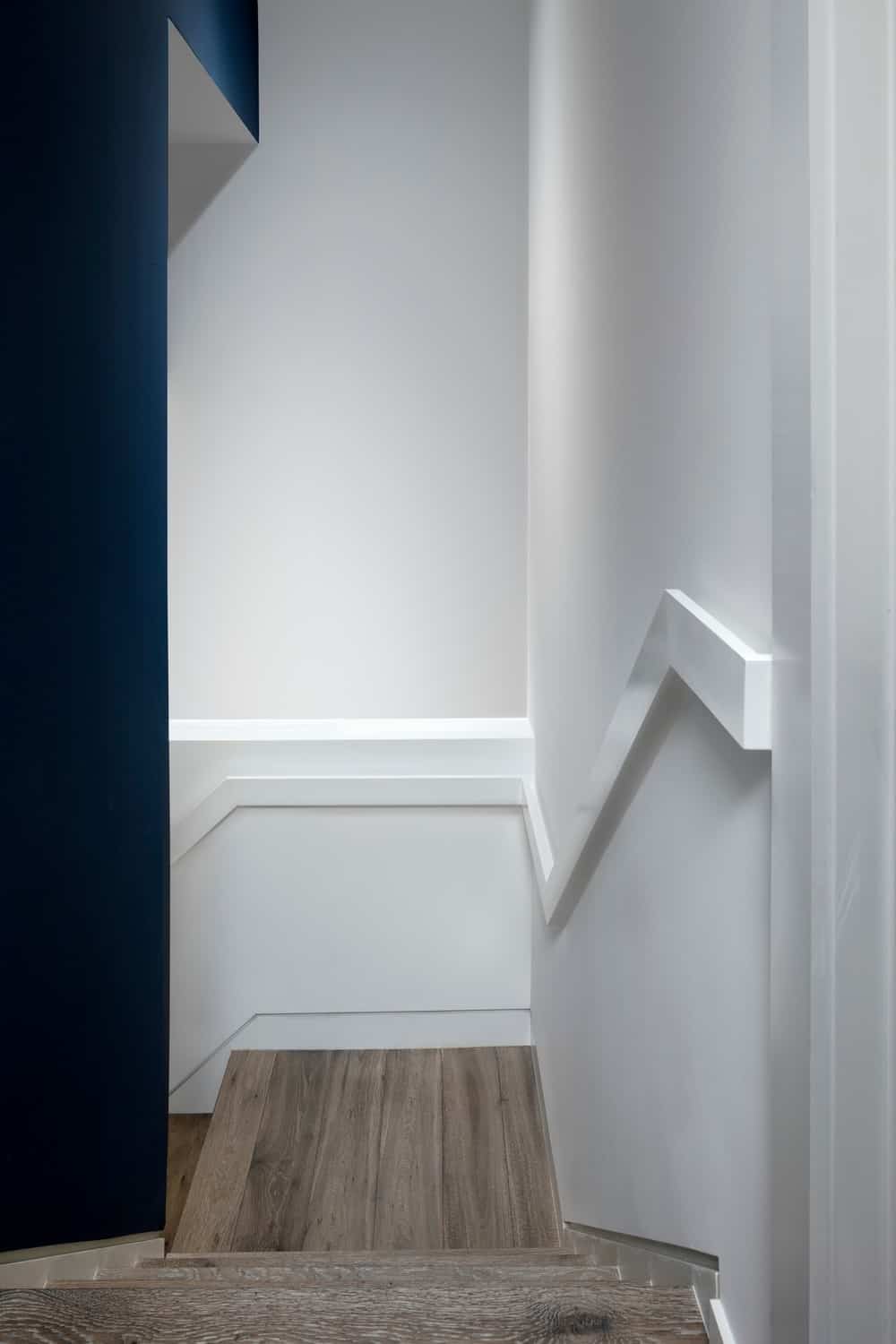 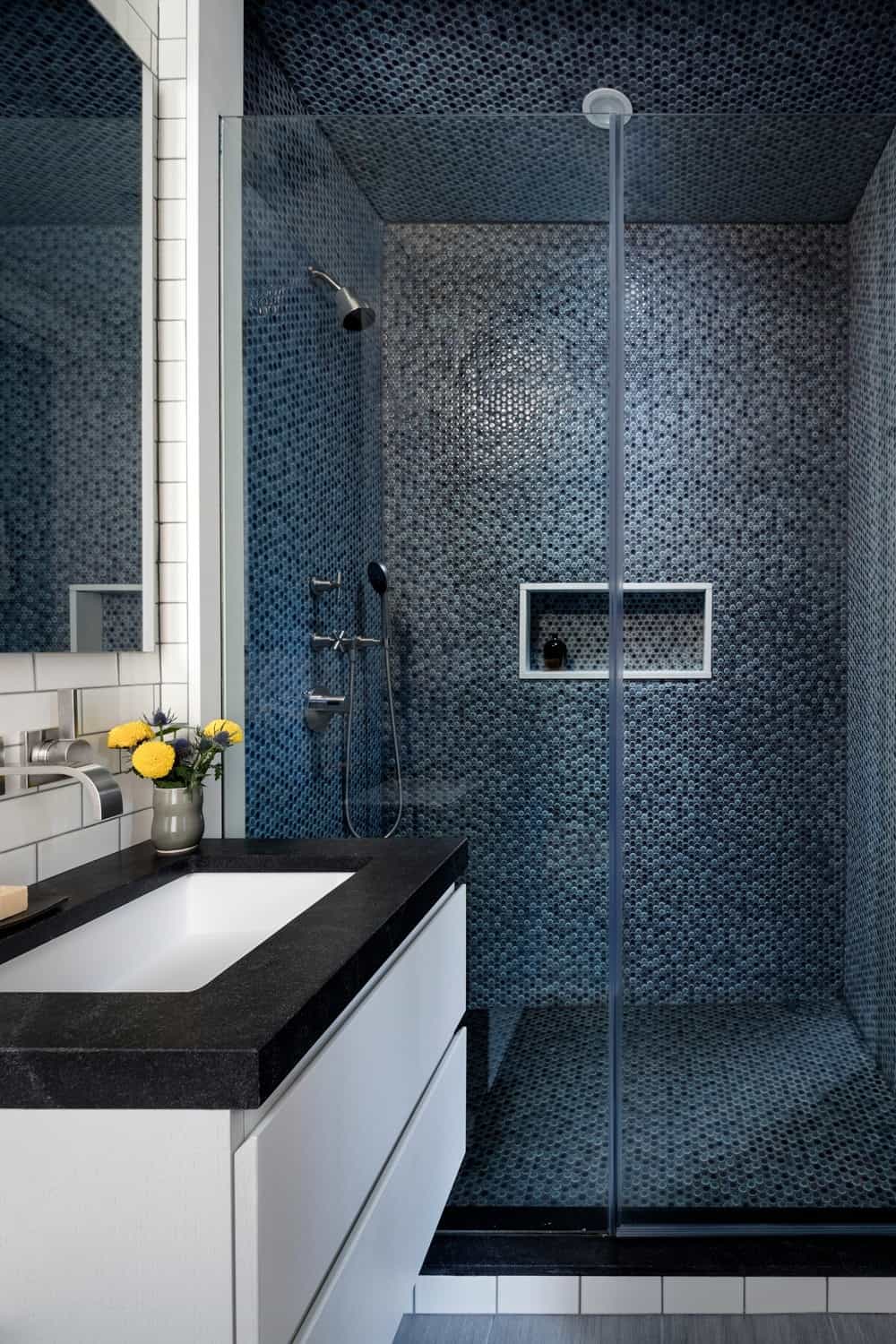 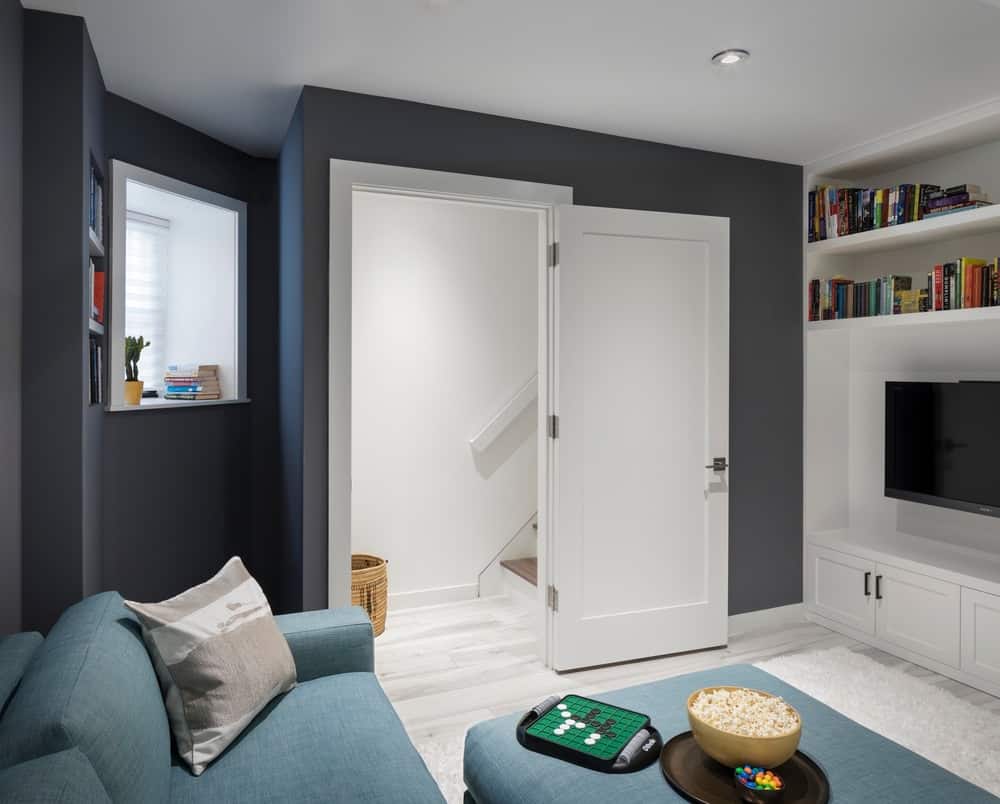