Michael Douglas announces his fabled Mediterranean estate S’Estaca is now on the market at a price of "just" $32.7 million. With more than 10,764 luxurious square feet on 200 acres of private land on the island of Majorca, this is truly a one-of-a-kind property steeped in legend and celebrity. 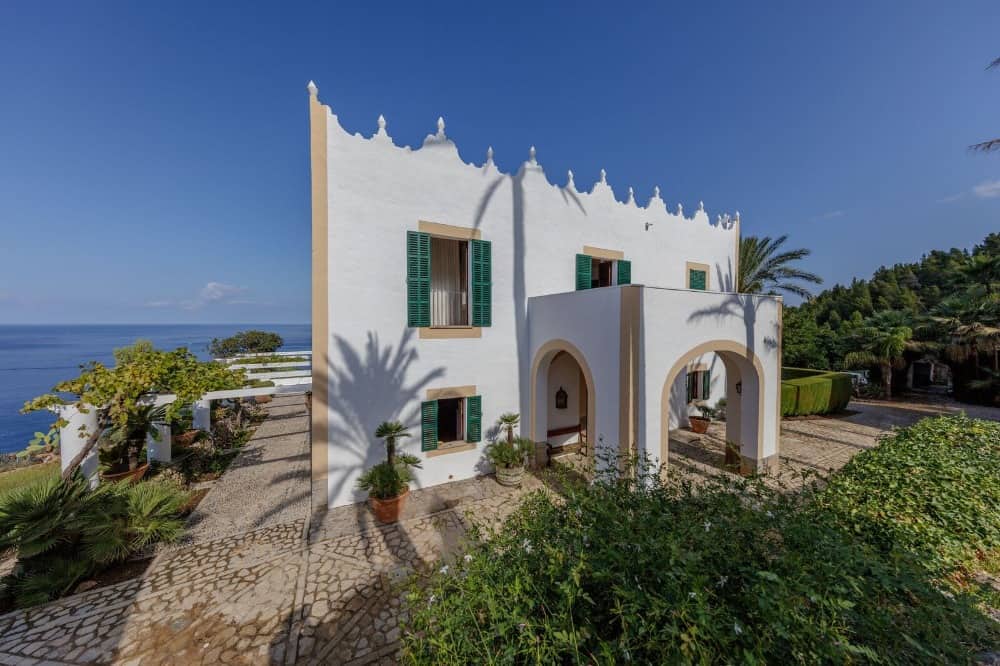 Michael Douglas has always taken a long-term perspective when it comes to real estate. That makes his decision to sell his prized S’Estaca estate of nearly 200 acres on the Spanish island of Majorca on the edge Mediterranean for $32.7 million a noteworthy moment.

Douglas has owned this remarkable property for nearly three decades, and it is unique in both design and location. The 200 acres comprising the property move visitors from the mountains to a breathtaking view of the sea. This allows visitors both a vista of verdant mountains and a panoramic seascape stretching to distant horizons.

After purchasing the property in 1990, Douglas and invested millions into upgrading the existing seven structures and the surrounding grounds. The resulting curation of the 10,764-square-feet of space provides visitors with a choice of 10 luxurious bedrooms and baths, a library, gym, multimedia room, and several grand rooms for dining and entertaining.

Douglas and his wife since 2000, Catherine Zeta-Jones, enjoy an additional primary suite that provides all the expected touches, including a fireplace and stunning sea vistas from the private terrace.

One will not want to simply remain indoors, however, as the grounds allow one to wander through a vineyard, long-standing olive trees, multiple terraces, a grand swimming pool, and even a Moorish-influenced pavilion. Of course, the large wine cellar is a traditional fixture on such a Mediterranean estate, and it includes bottles and casts of fine wines, including some produced at S’Estaca.

Douglas has long been known among Hollywood insiders as a savvy real estate investor. He even used some of his experience to his role as a self-absorbed realtor in the movie, And So It Goes. He made his first purchase of land in 1966 using money he earned while working in a film with his recently deceased father, Kirk Douglas. He still owns that 70 acres in Vermont, and he has added properties in New York and Bermuda, in addition to this location in Majorca.

Hollywood is known for creating dreams and legends, but the story of S’Estaca and the island of Majorca stands alone with esteemed history. Chopin enjoyed wintering on the island, and the estate owned and used as a hideaway by Archduke Ludwig Salvator. The island’s famed Hotel Formentor hosted an A-List of guests over the years, the honeymoon couple Prince Rainier and Grace Kelly. Other luminaries including Harrison Ford, Gwyneth Paltrow, and Sting consider this a favorite spot for rest and recharging.

This peaceful and dreamy retreat is a favorite for their friends and fellow actors, along with its ability to sleep up to 20, has ensured visits by many of Hollywood’s elite. According to a new video released by Douglas to announce the sale of the house, he and his wife have treasured playing host, but see their lives taking a different track. This, he says, makes it an easy decision to allow others to consider taking ownership of this unique and storied property.