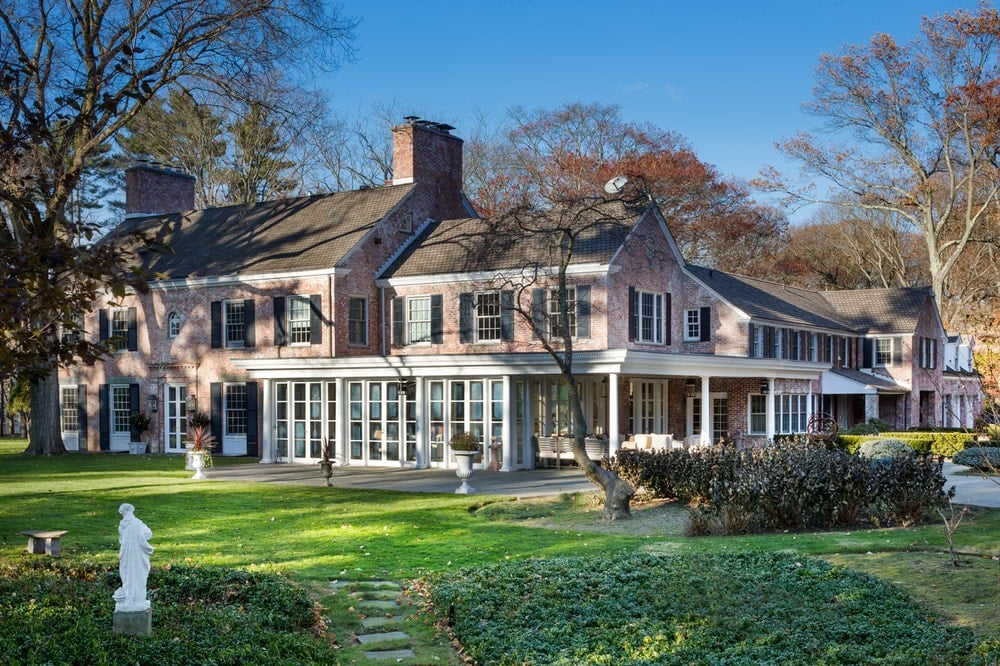 Marc Anthony is selling his Long Island home for 12 million. He once resided in the home with his now ex wife, Jennifer Lopez and their twins. The 10,000 sq ft home has 10 bedrooms and 13 bathrooms. The eight acre property features a winding drive and mature trees.

Marc Anthony is a music icon. His former Long Island estate is now on the market for 12 million. Despite its size, the home has an understated charm. It’s luxurious without being pretentious. From the red brick exterior to the mahogany den, the home feels like it’s meant to be lived in. It is a perfect escape for anyone who wants to get away from the hustle and bustle of the city.

It starts with a wrought iron gate in the fence that surrounds the property. Once you pass through the gate, you’ll drive down a winding driveway until you reach the house.  A white fence, green grass, and mature trees adorn the property. In addition to the main house, there’s a carriage house and a guest house. Surprisingly, the guest house is just as beautiful as the main house. The solid white kitchen with a wall made out of windows is absolutely breathtaking.

Outside you’ll find a large covered patio designed with the same red bricks as the house itself. This is my favorite feature of the home. It has four white columns and an impressive white fireplace, making it the perfect place to spend a Long Island fall night. Other features include a swimming pool with a Pavillion and a tennis court.

The 10,000 sq ft home has 10 bedrooms and 13 baths. It was built in 1941 but has undergone extensive renovation. The theatre room showcases the height of luxury, complete with theatre seating, coffered ceilings, and a large screen. The dark wood and walls create the perfect atmosphere. The lounge area is light and airy, with glass walls and doors that lead to an outdoor area, white trim, and light beige tile.

Dark and light are combined in several rooms, including the kitchen. A bright white marble island and white cabinets are paired with a dark wood floor and black barstools. The master bedroom has white walls and rich wood flooring. The theme is continued in the spacious bathroom, with a black freestanding tub and a black double vanity paired with white walls. True to his musical roots, the home also includes a professional recording studio.

Marc Anthony once shared the home with Jennifer Lopez, also known as J Lo. The two divorced after having twins. He’s now remarried and selling the estate that he and J Lo once called home and began their family in.

He has sold over 12 million albums. He received a Latin Achievement Award from Congressional Hispanic Caucus Institute and has been named one of New York’s most influential people. While he’s most famous for his Latin sound, he is successful in other areas as well. He is a fashion designer, has appeared in several big-name movies, including a Man On Fire, and starred in a Broadway Musical. 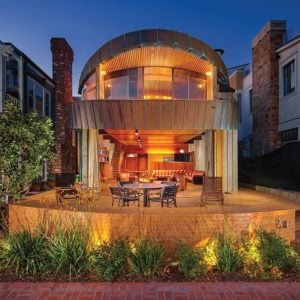 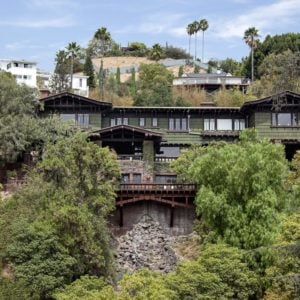