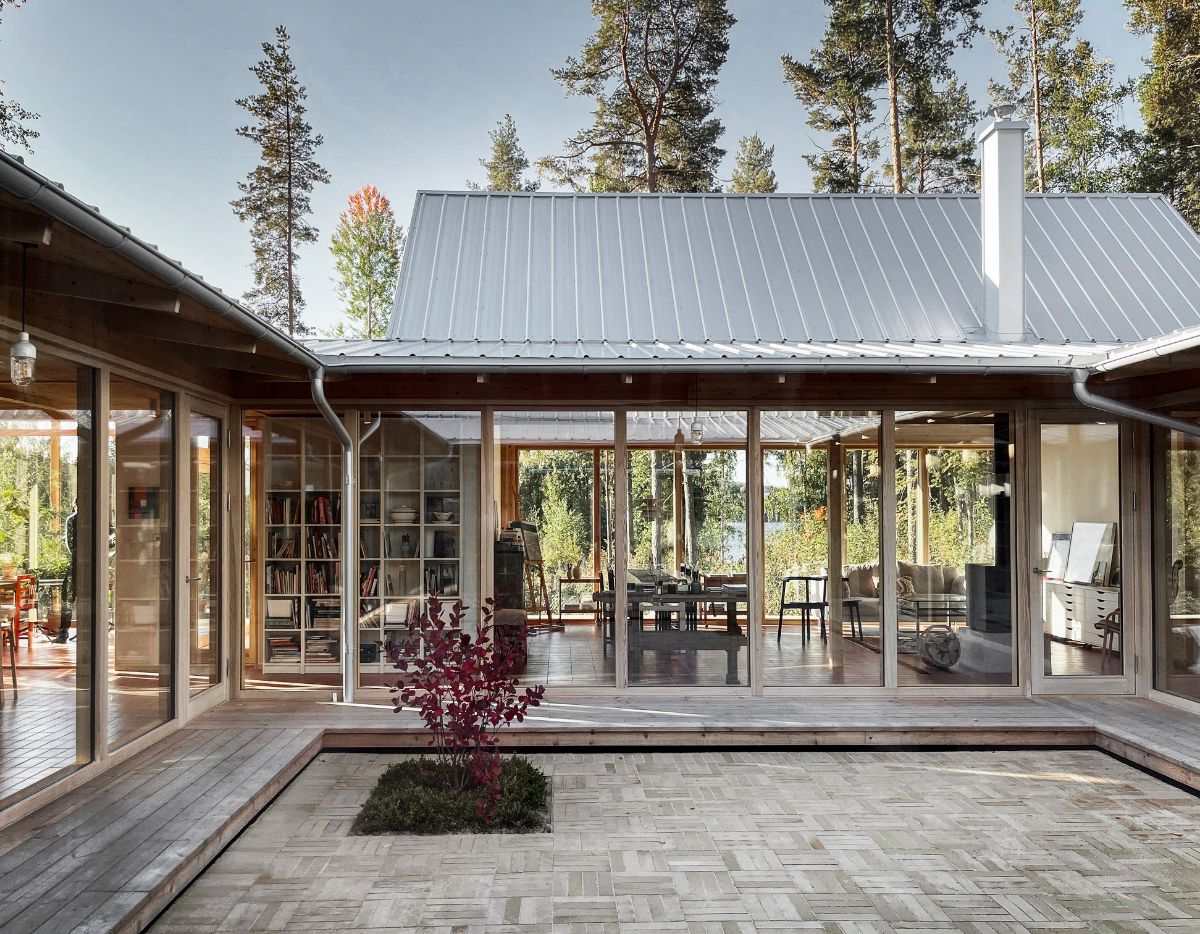 Hanna Michelson is a freelance architect based in Stockholm, Sweden. She has been practicing architecture since 2011, most recently at Tham & Videgård Arkitekter where she worked up to march 2020.

After her graduation from KTH Royal Institute of Technology, in the year of 2008, she spent three years working as a textile- and printdesigner for the Swedish fashion company Filippa K.

Through her approach to architecture by way of textile design she has grounded a specific basis for her profession as an architect using all available techniques for synthesizing form, function, materials, construction and aesthetics.

Her current platform Fria Folket is a multidisciplinary project investigating the different aspects of spaces, joints and materiality in the context of living.

Hanna Michelson’s project ”The Lofthouse” commissioned by Bergaliv Landscape Hotel was one of the twelve nominees for the prestigious Swedish Wood Award 2020. 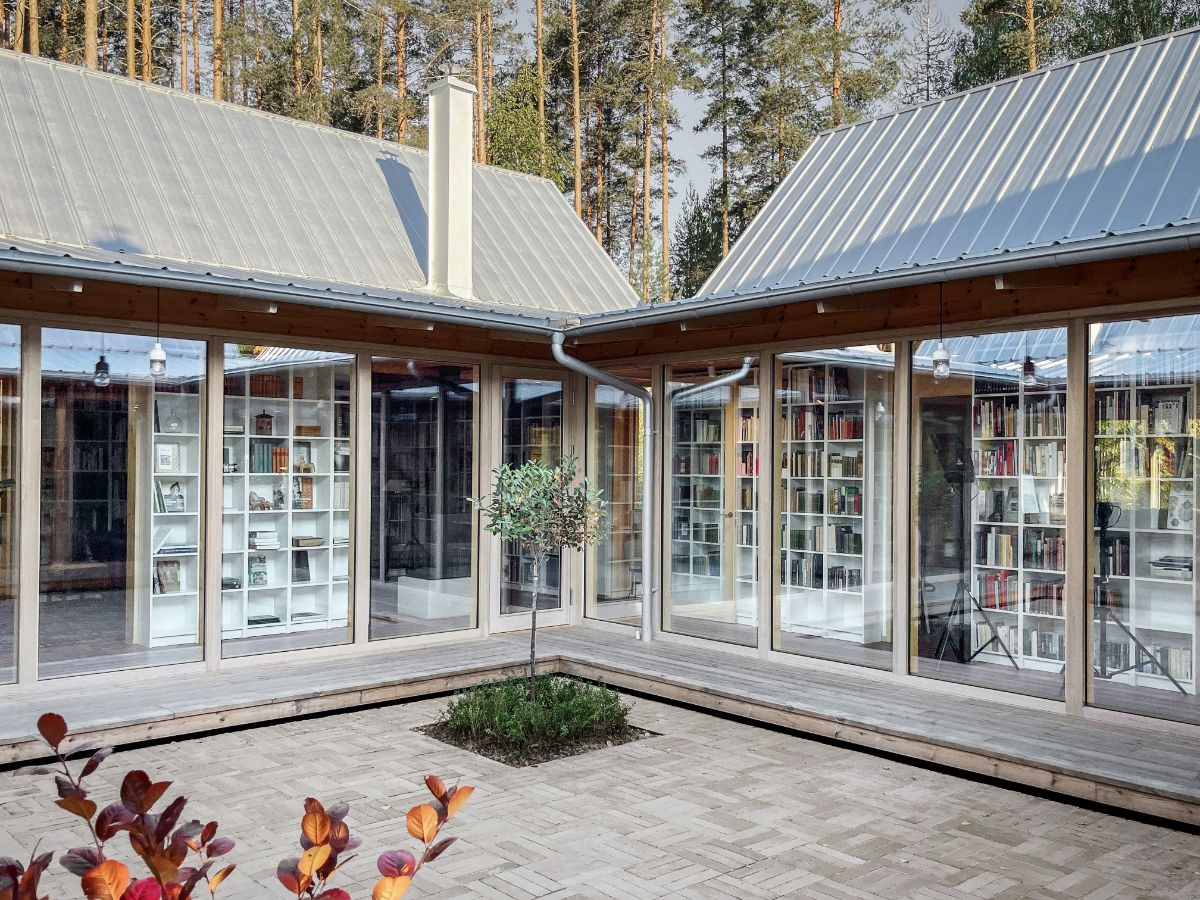 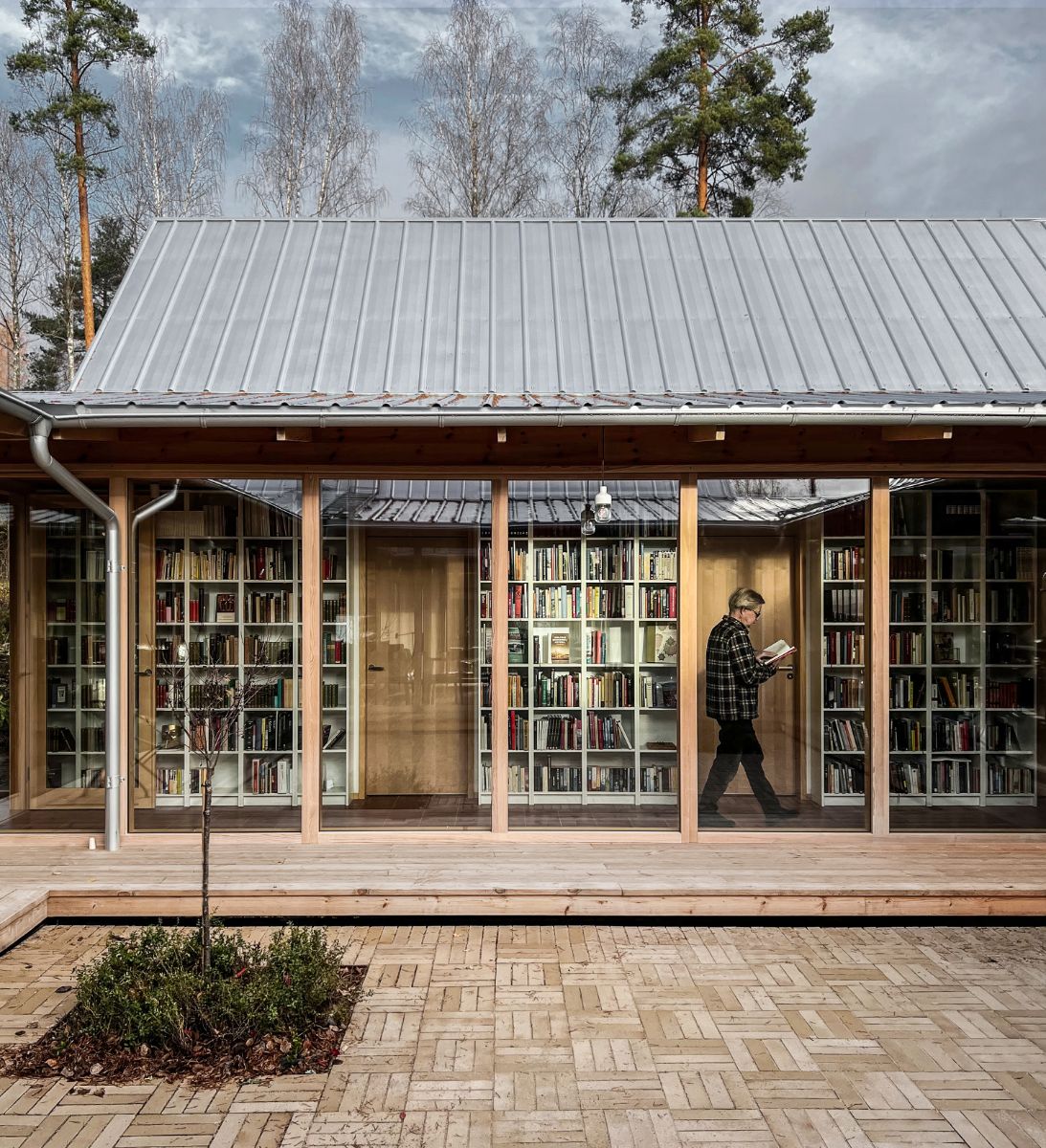 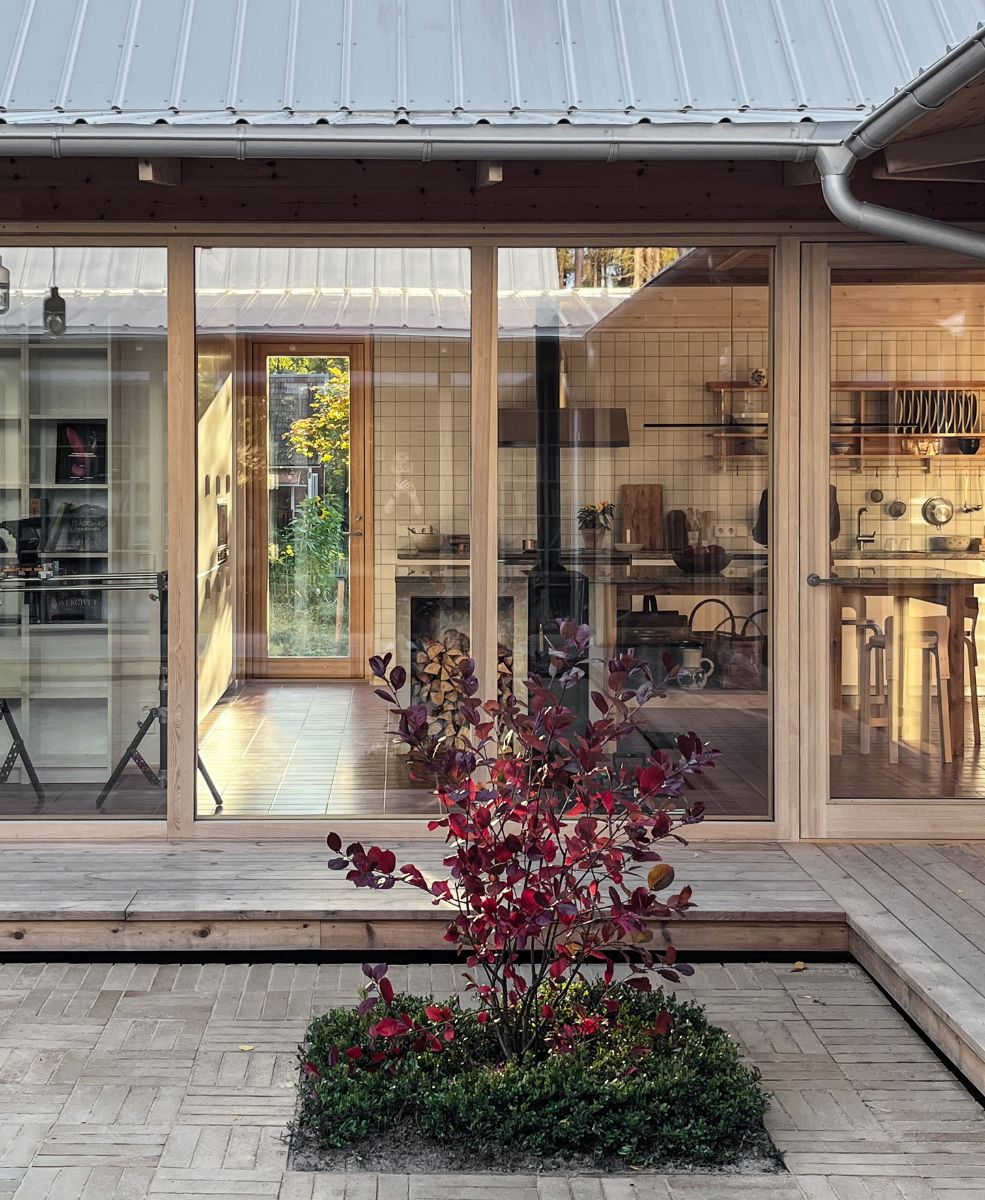 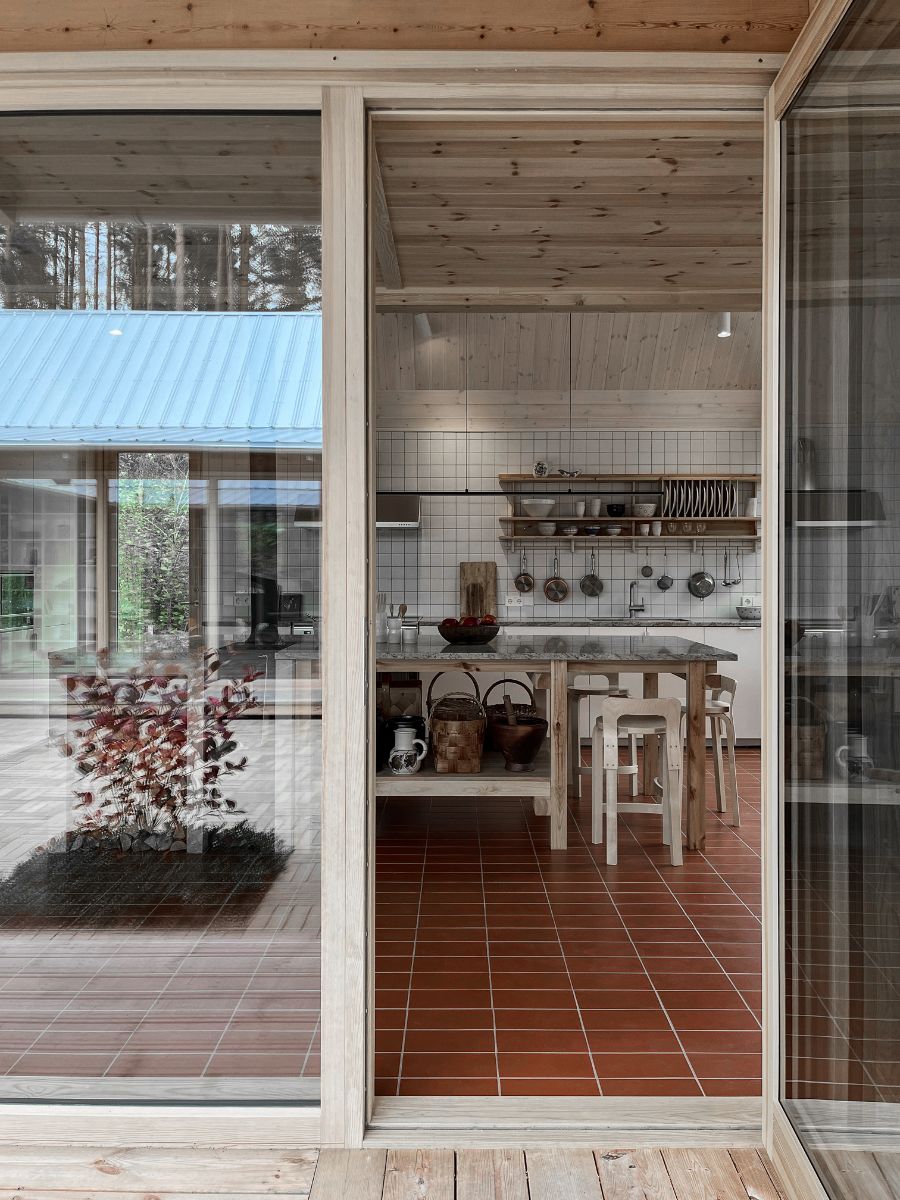 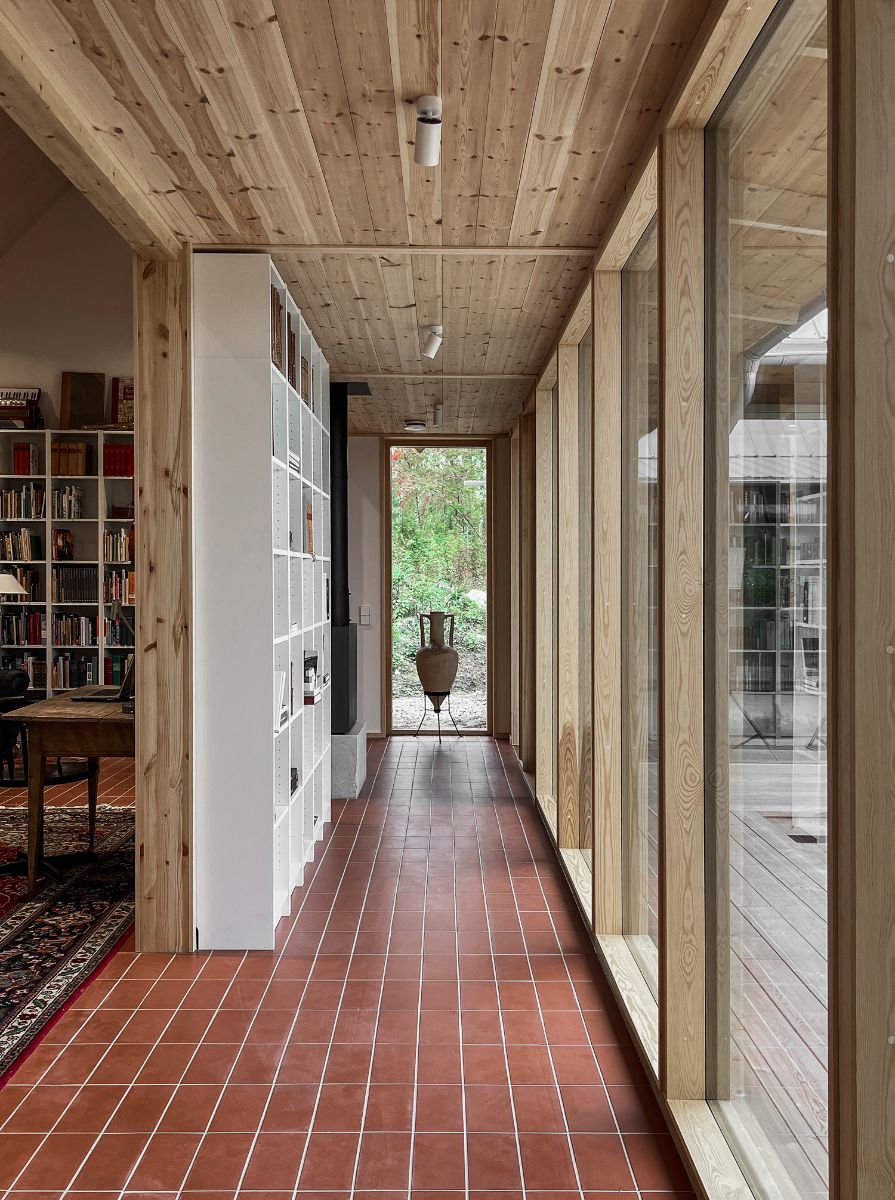 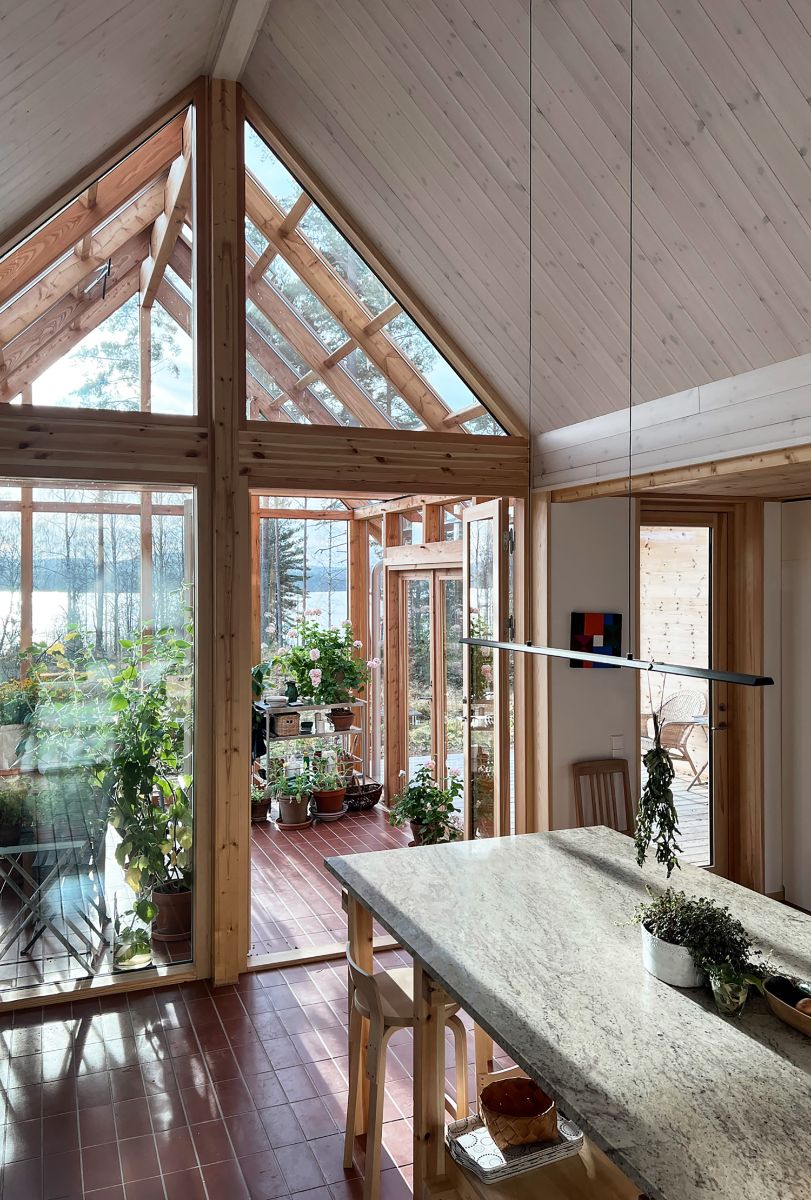 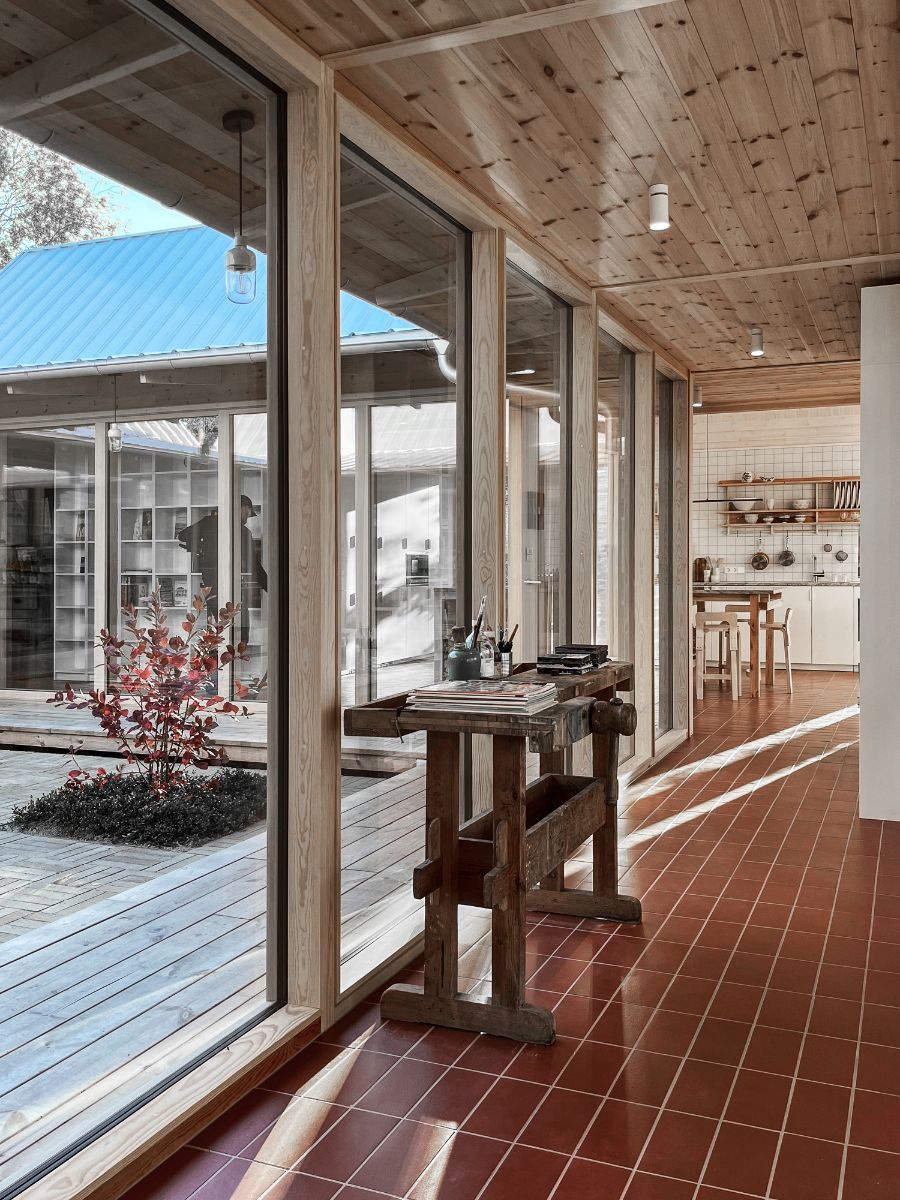 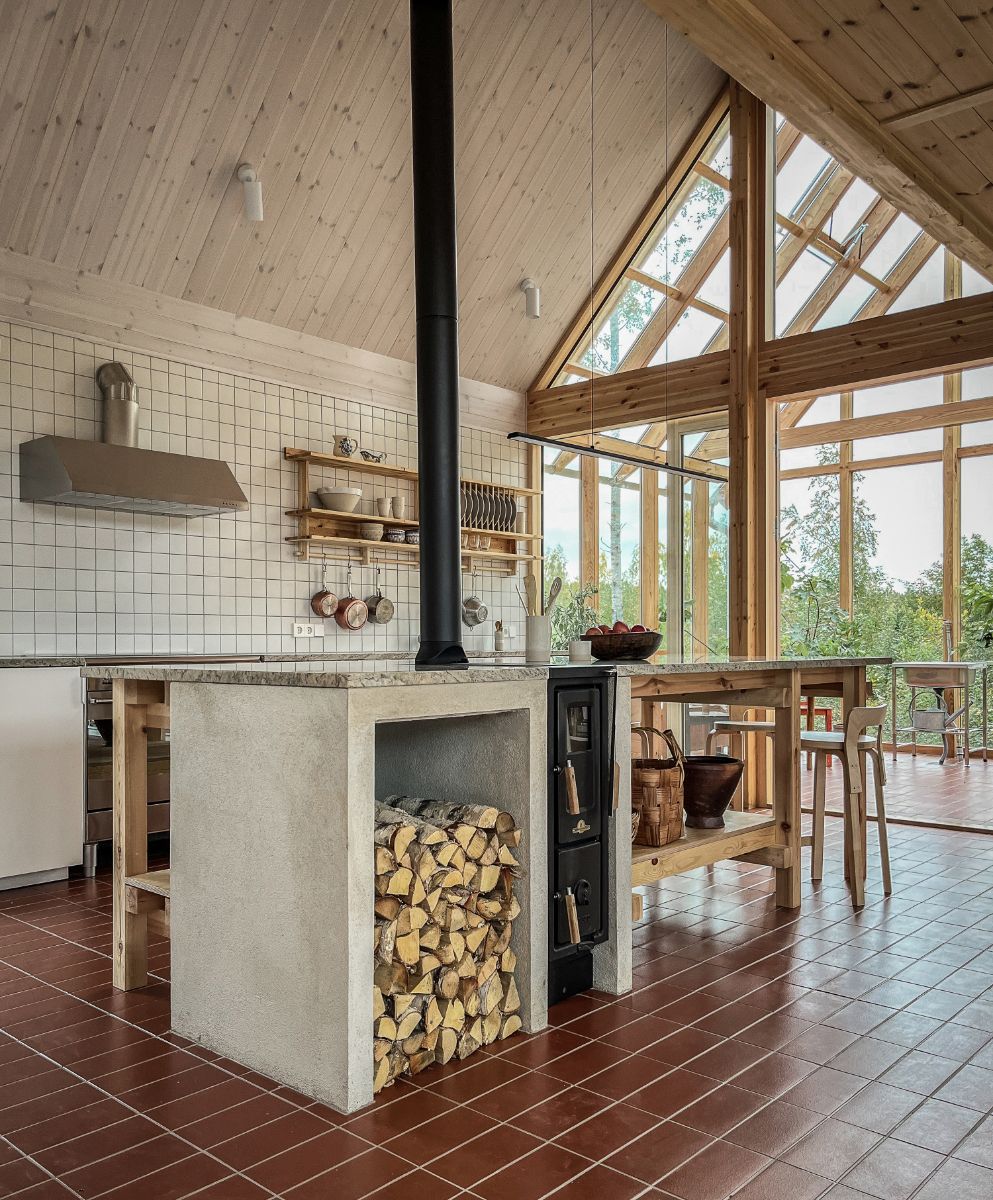 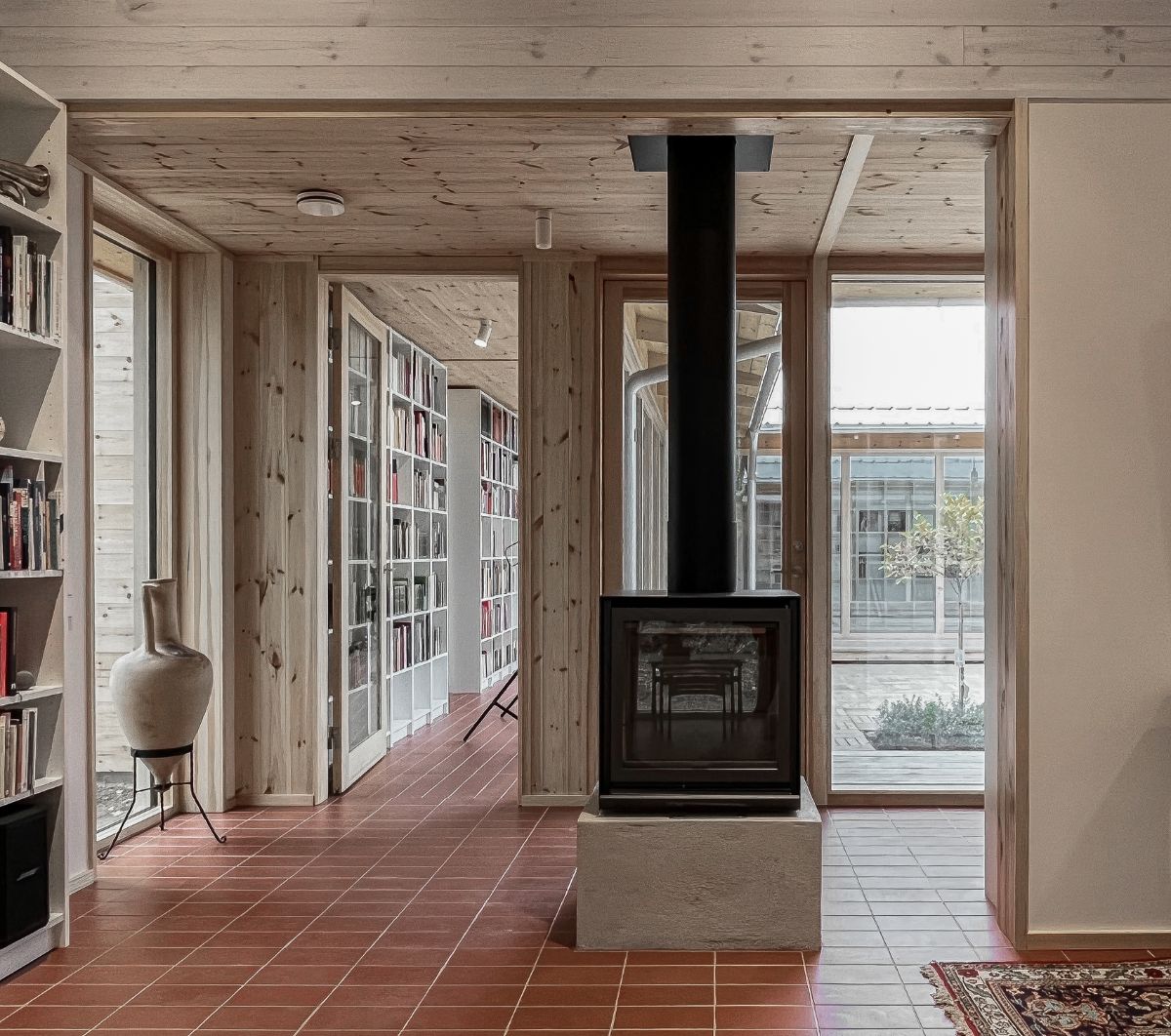 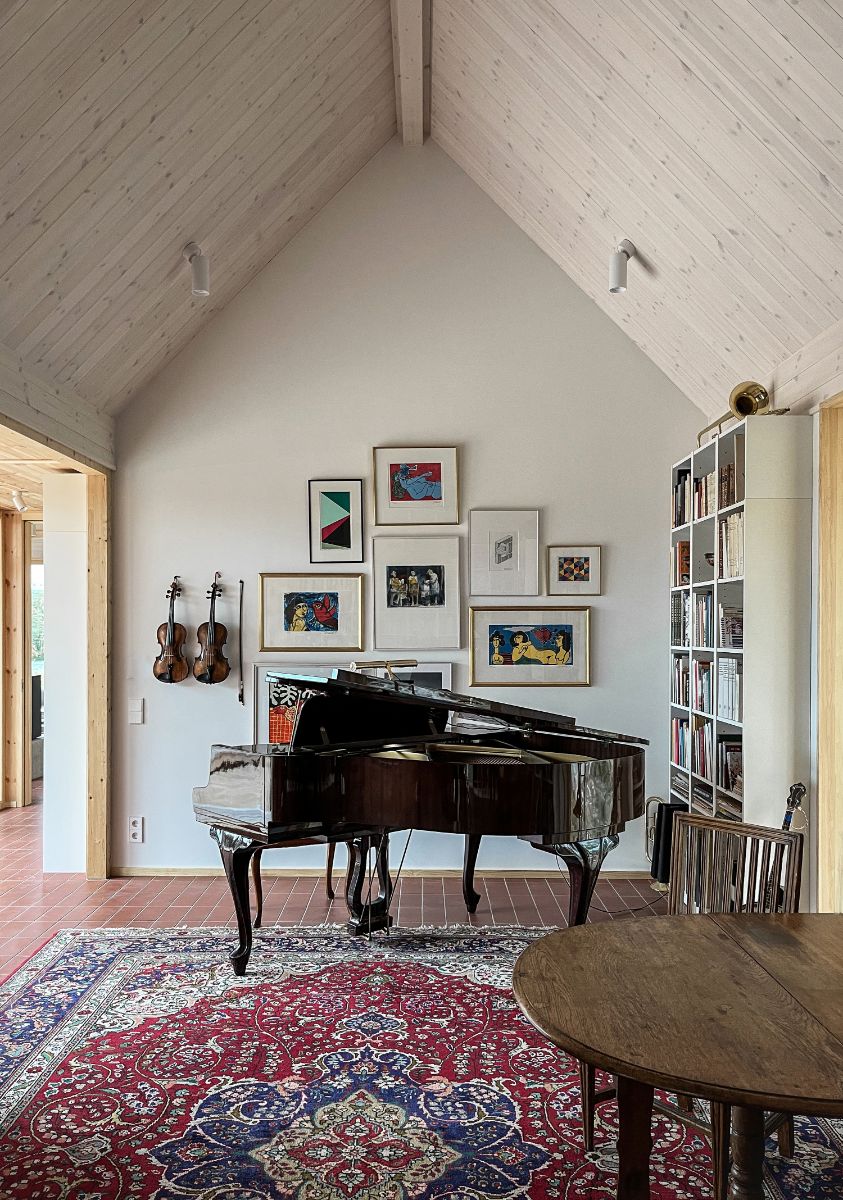 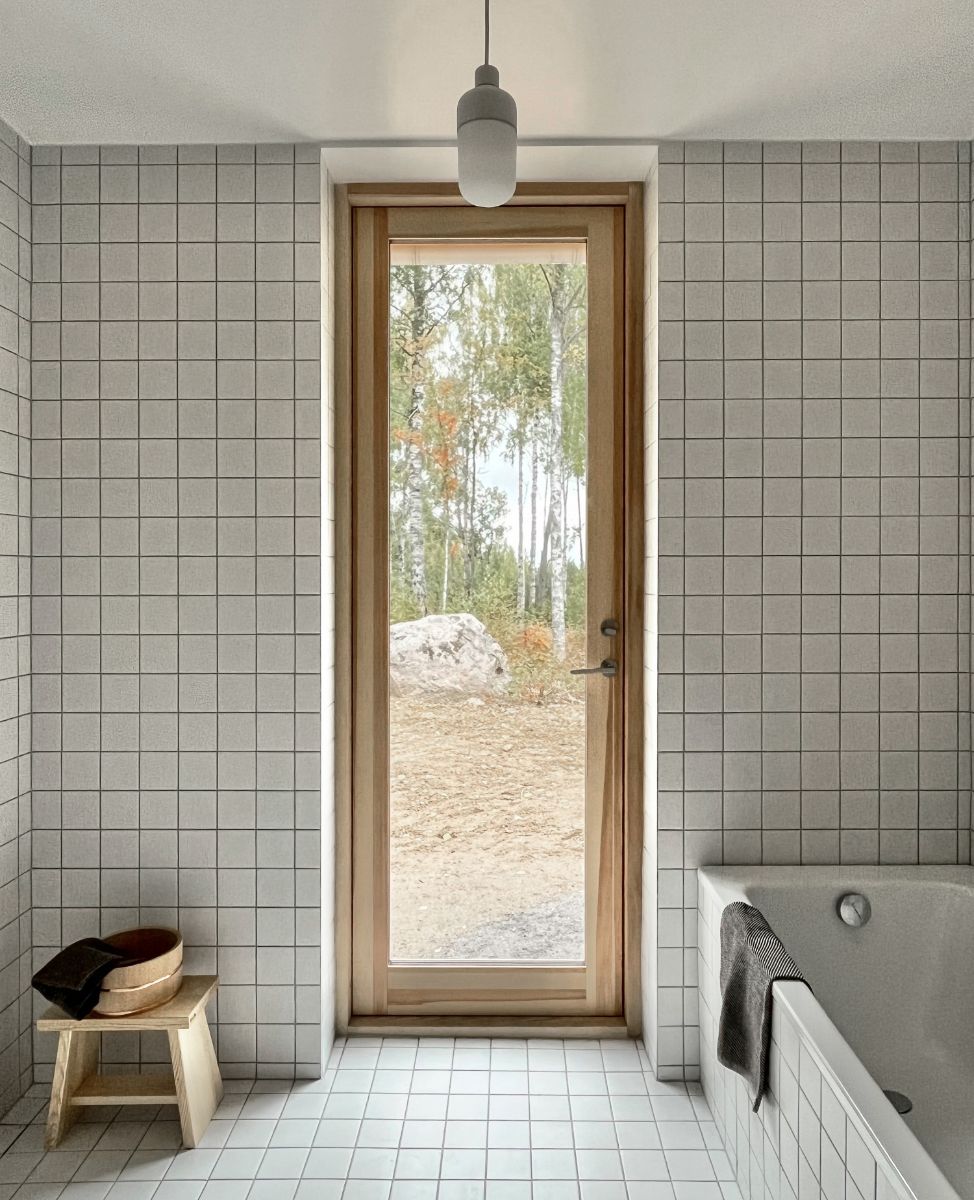 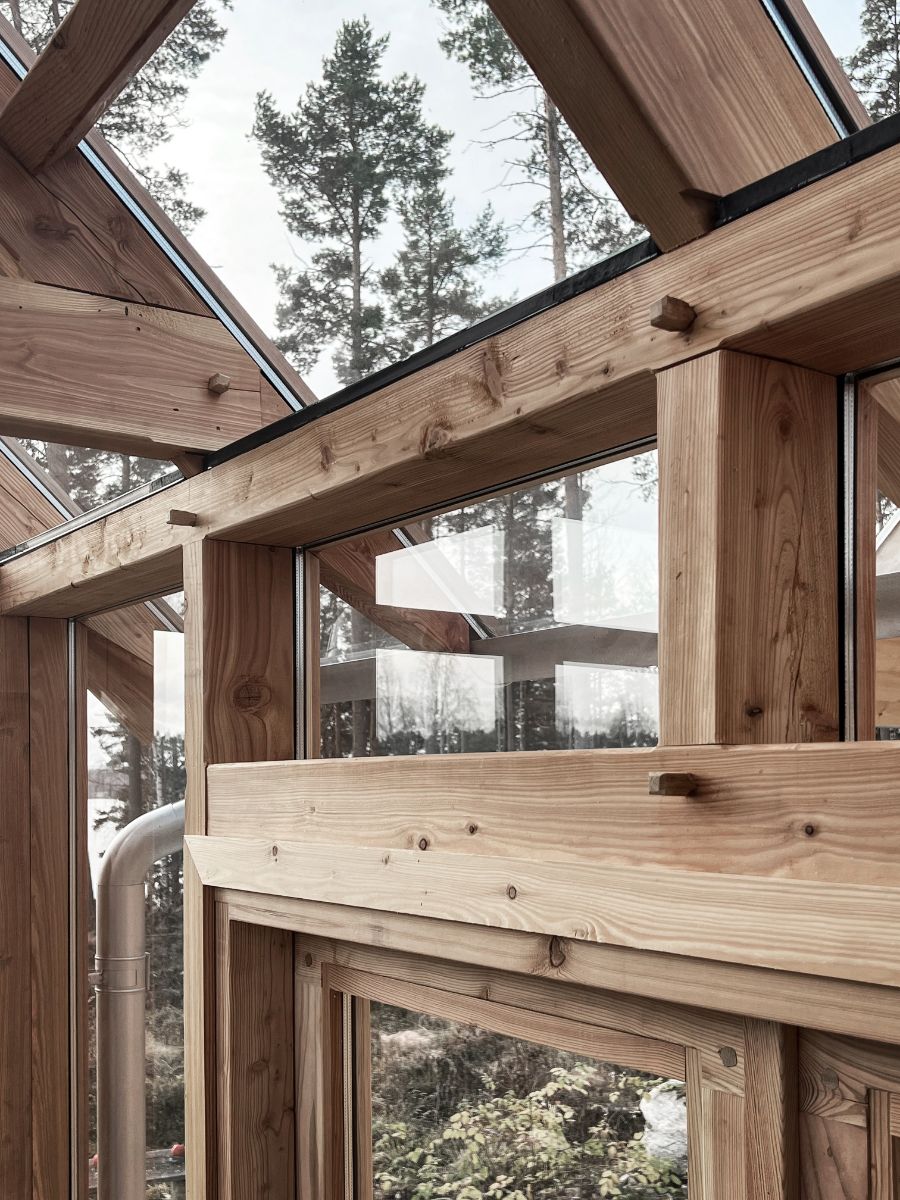 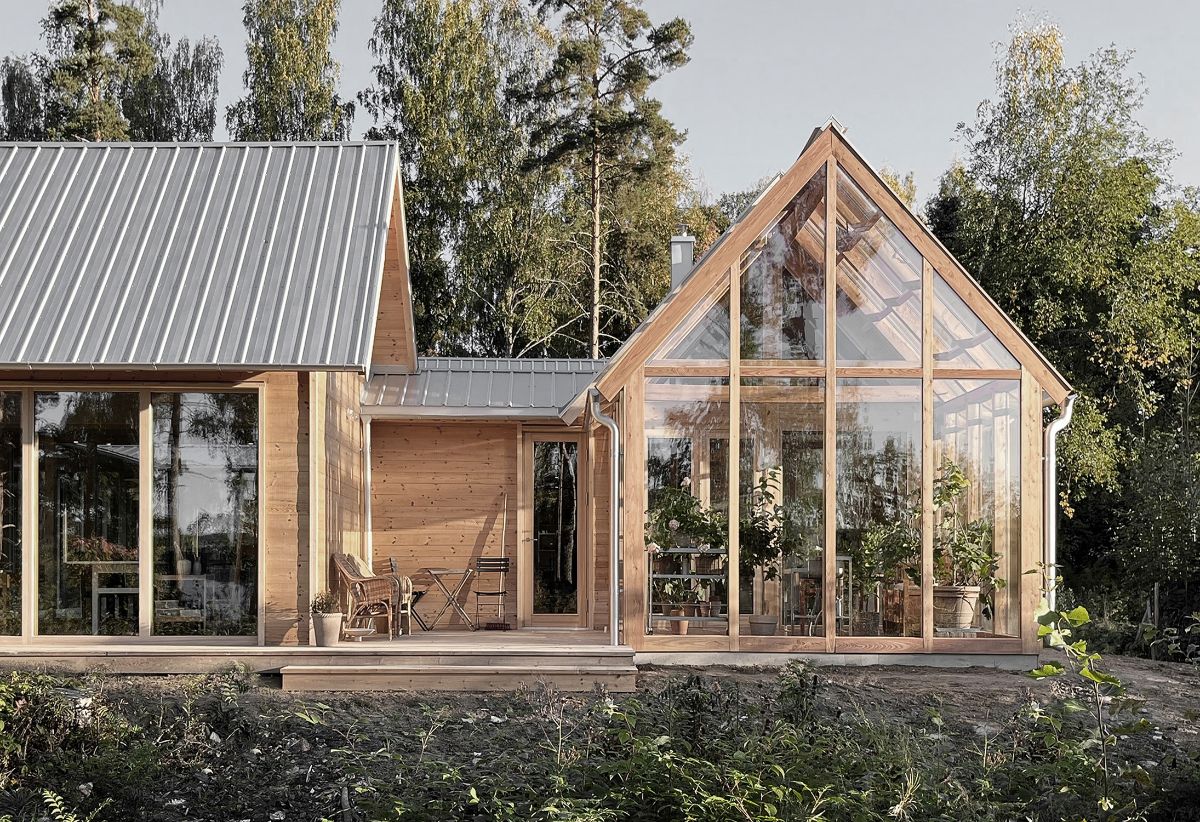 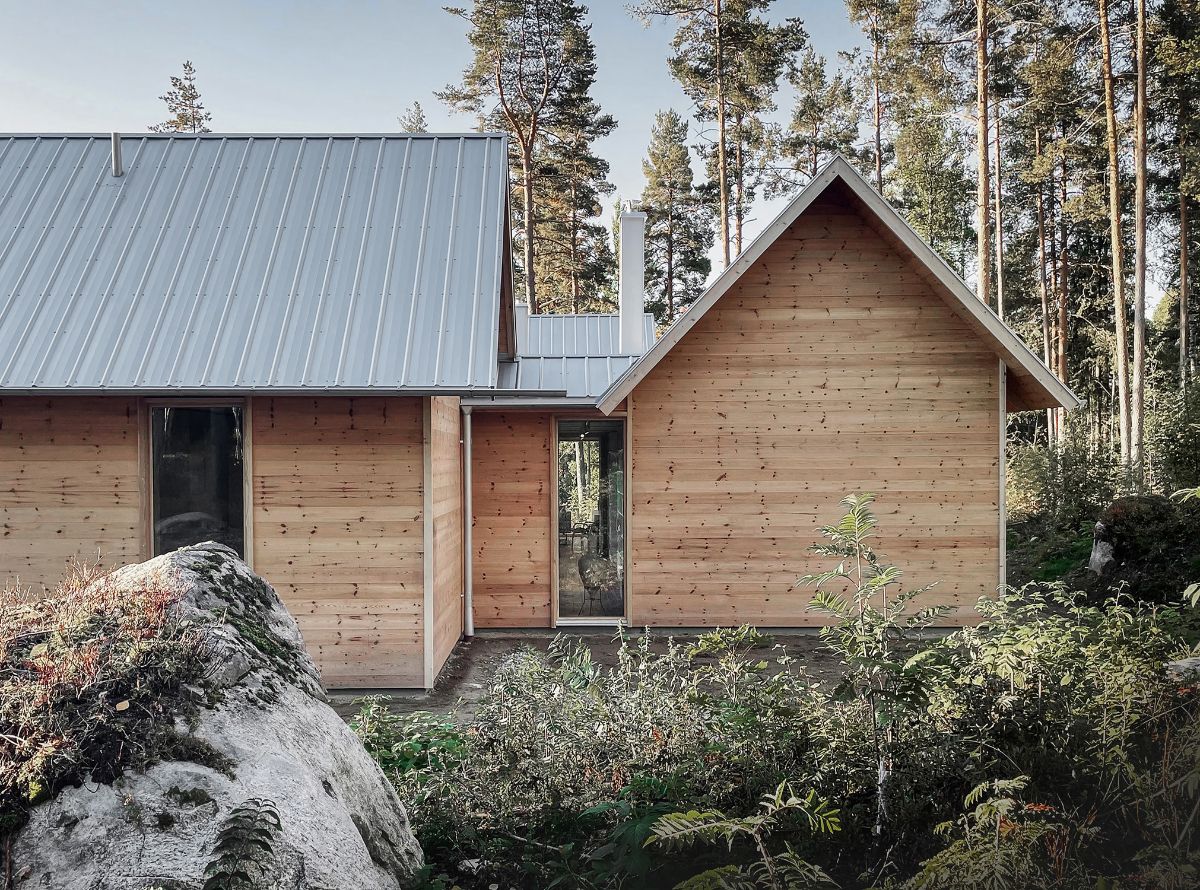 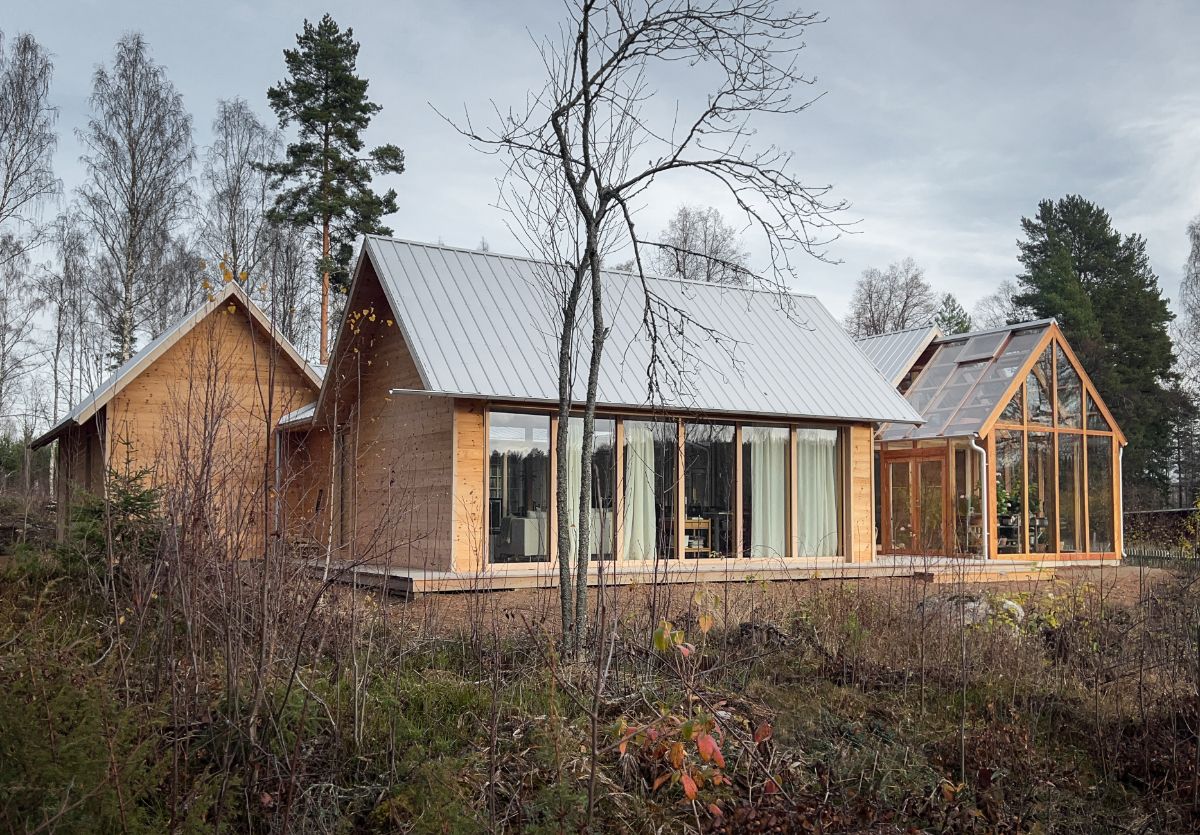 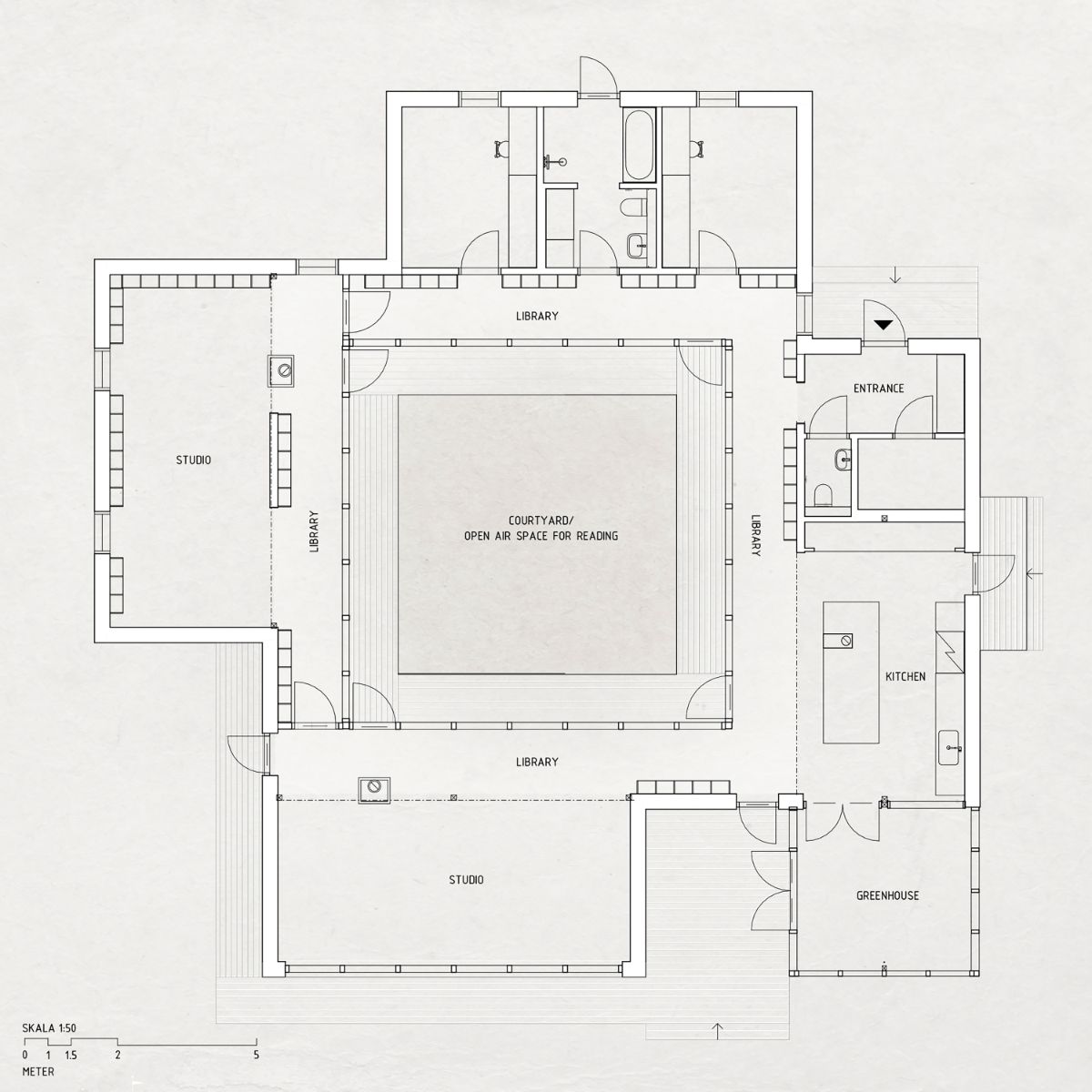 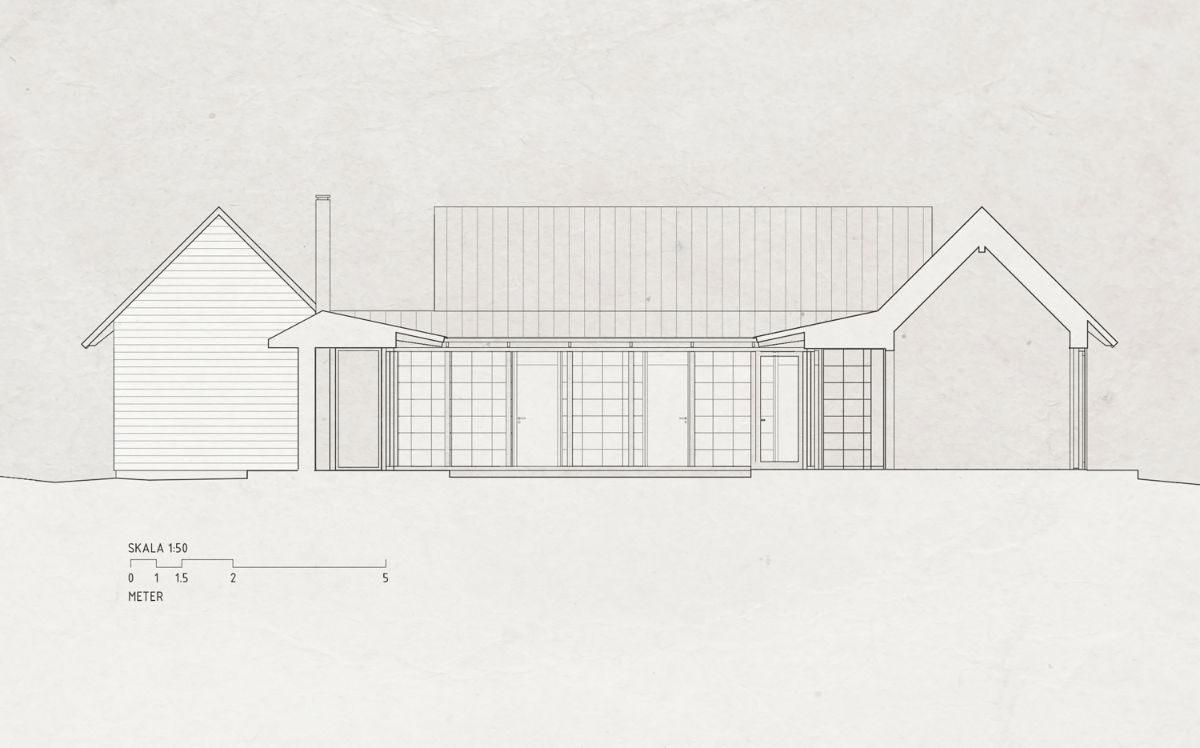 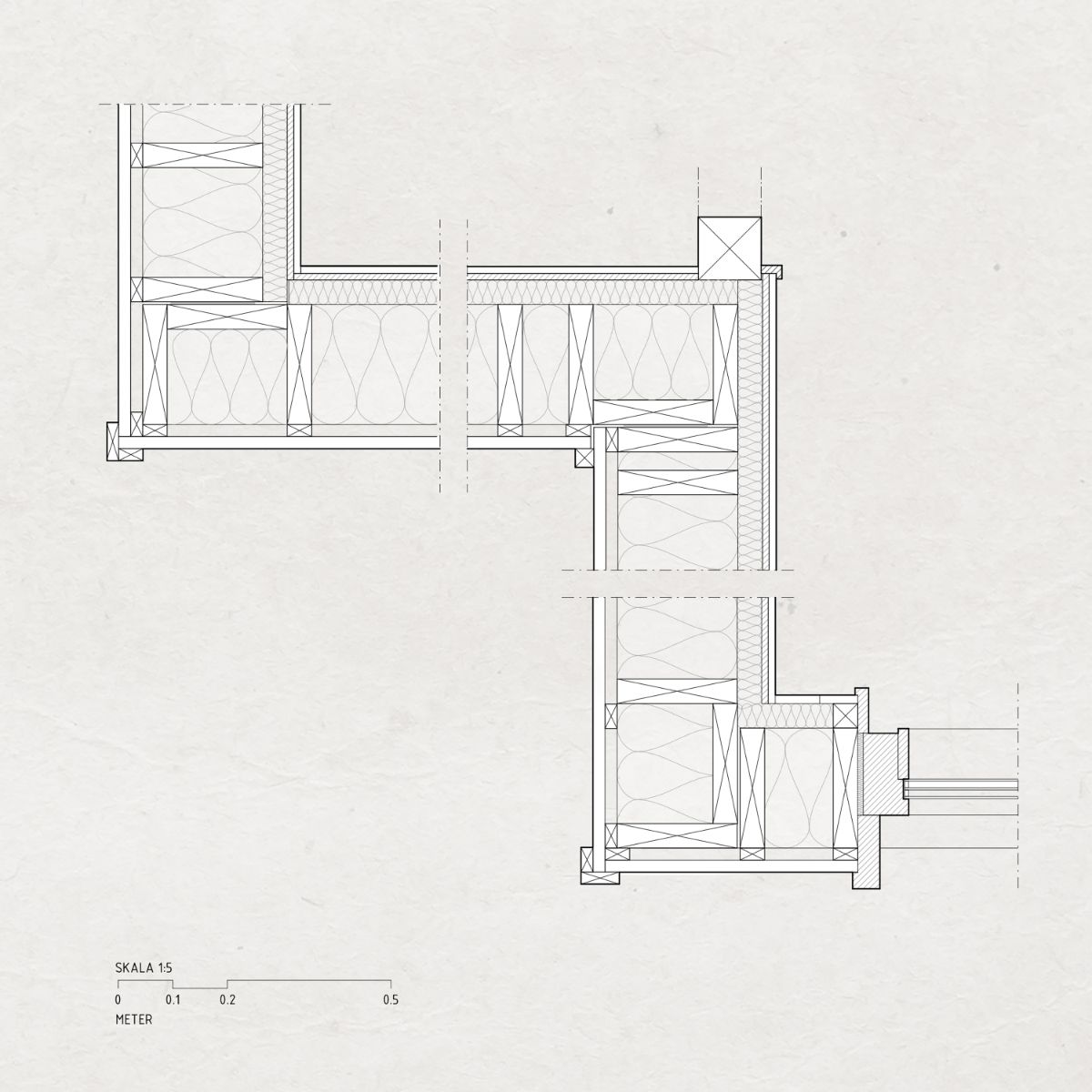 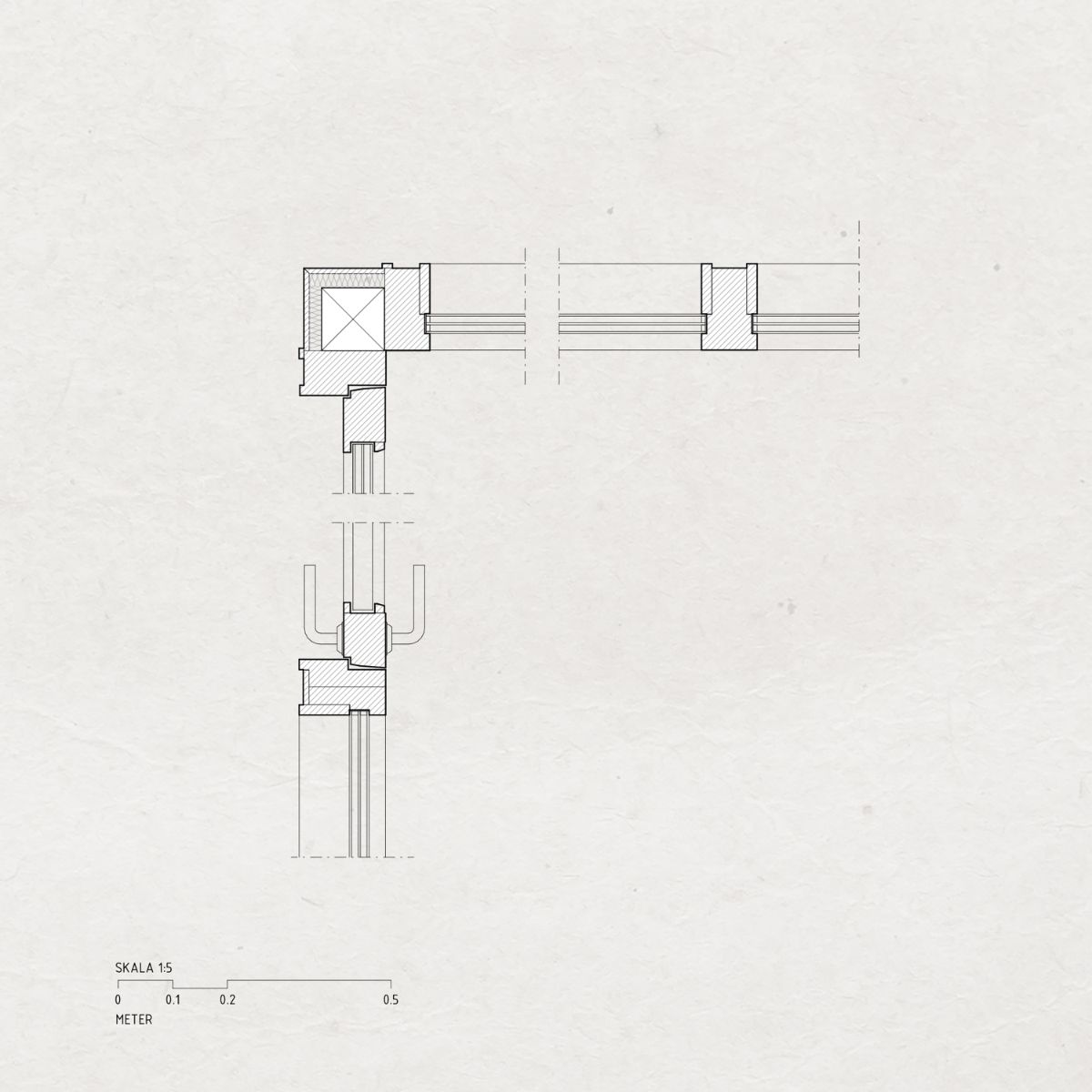 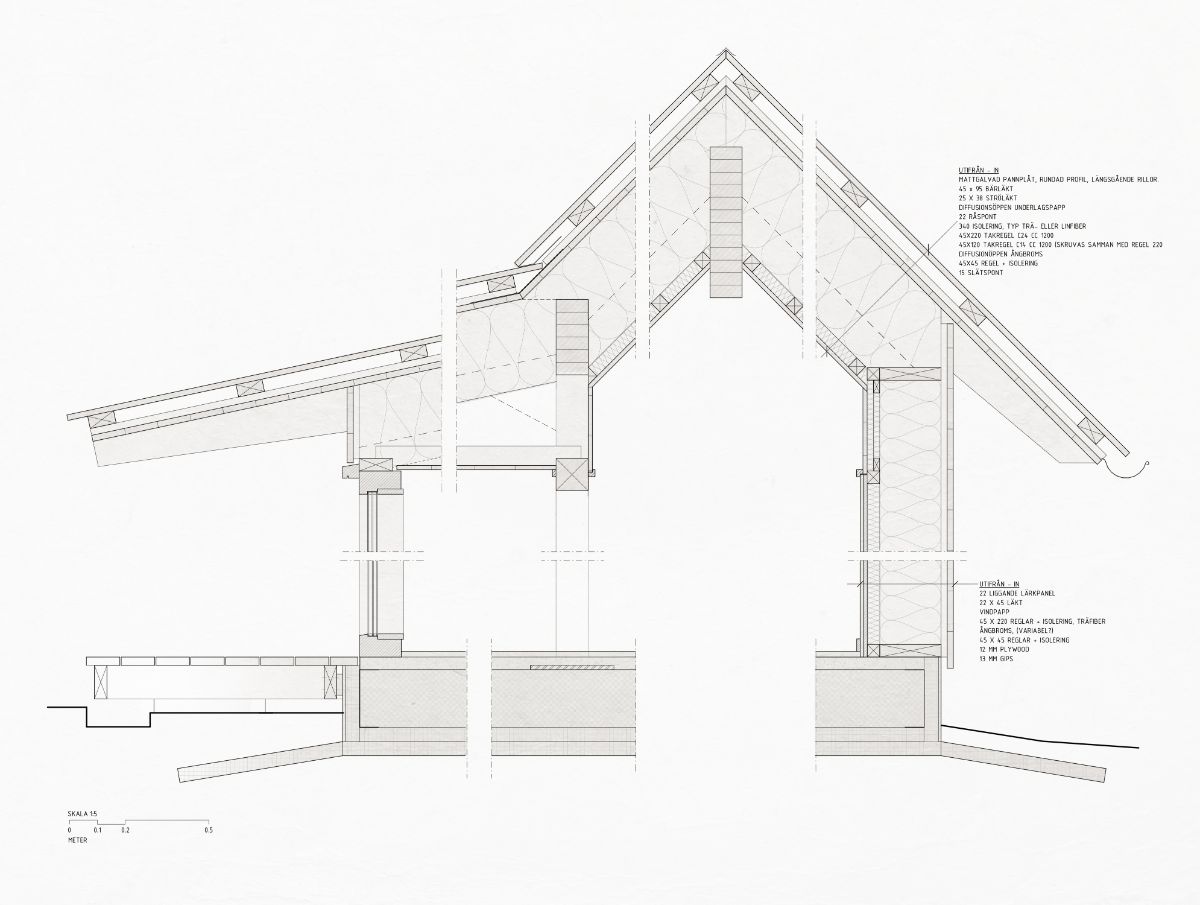 MA03 – Library House was designed to meet the requirements of a ceramicist and a lawyer in need of a house capable of holding their extensive book collection as well as providing them with spaces for work and creative activity.

Having different needs and rhythms and at the same time enjoying each other’s company and presence – the couple wanted a house where they could find peace to work individually without entirely screening each other off.

Responding to these requests, architectural Studio “Fria Folket” composed a house organised around a library in the shape of a book gallery framing a small courtyard.

The house is situated on the edge of a sparse pine forest by the lake Voxsjön, right next to the family´s original home and garden, Villa Skoghem, a forester´s residence from the early 20th century.

While the north, east and west facades are quite closed from the surroundings with just a few carefully selected outlooks, the south side opens towards the lake.

Four gable-roof buildings complement the centrally located library, each one solving its own specific part of the program in accordance with the adjoining section; East building – Cooking and gardening, South building – Arts and crafts, West building – Law, science and music and the North building, accommodating the areas for rest and recovery – Meditation and self development.

Linking the volumes together – thematically as well as systematically – the library functions as the core and bloodstream of the project.

The degree of privacy follows the same loop. From the most social spaces, hallway and kitchen, to the most private spaces at the end of the circle.

The clockwise movement is encouraged by the placement of the windows providing views towards the surroundings when walking clockwise in opposed to facing the closed bookcase walls when moving counterclockwise.

Four doors, one in each corner of the book gallery, offers access to the courtyard from all parts of the house, making it easy to move between the inside and outside.

The strong square-shaped boundary made up from the bookcases in addition to the transparency of the glassed framing of the courtyard, amplifies the perception of the library extending beyond the climate shell, programming the courtyard to an open air reading space.

A room defined by its purpose rather than its physical limits. Considering the wide color spectrum of the library the materials of the interior are few and austere.

Against the blond palette of white, whitewashed pine and natural pine, the ceramic tiled floor stands out with its warm brick red colour. In pursuit of sustainability the house has been customised to the families existing furniture in order to reduce the need to buy new and replace.

In consequence the iconic Ikea bookcase” Billy” has played an essential part in determining the measures of the house being the holder of the existing library.

With further intention of reducing the environmental footprint the walls and roofs have been constructed free from plastic and insulated with flax fibers according to vernacular traditions of the area.

The facade is cladded with untreated heart pine from a local sawmill and the concrete-free foamglas foundation is made from recycled glass. The rainwater from the aluzink cladded roof is collected in an underground tank providing the green house with water.

In line with old Nordic building traditions one of the studios has been constructed so that it can be disconnected from the rest of the house in regards to heating. This provides the option to downsize the house when temperature drops.

A certain sense of rhythm pervades the house as the grid of the construction articulates in the load bearing glass partitions, manufactured at a local window carpentry. Like barlines on a piece of sheet music the posts divide the bookshelves like beats in a measure.