The Manhattan apartment once owned by late actress Lauren Bacall recently solid for $21 million. The 4,000-square-foot, nine-room home features three bedrooms, a 70-foot-long gallery, library, great room, and beautiful views of Central Park. Get a closer look at this impressive home in the heart of New York City. 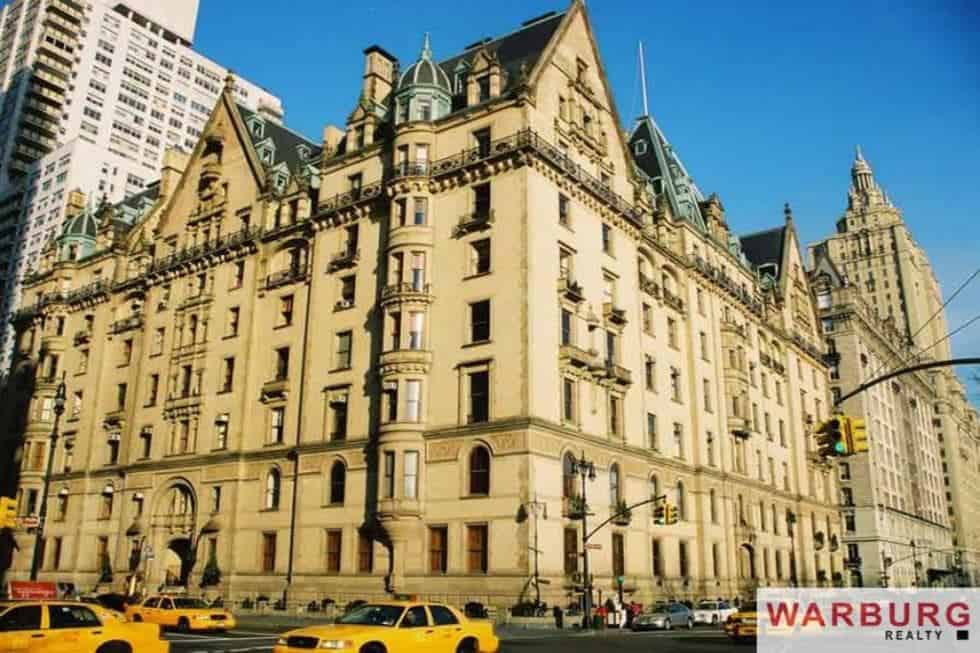 A Manhattan apartment once owned by actress Lauren Bacall has sold for $21 million.  The home is located in the Dakota Building, a popular destination for scores of celebrities over the years.  When Bacall bought it in 1961, she paid just $48,000 for it.  She lived there for 53 years until her death at age 89.

The apartment went on the market in November 2014, a few months after Bacall’s death.  At that time, it was listed for $26 million.  Eventually, the asking price was lowered to $23.5 million. 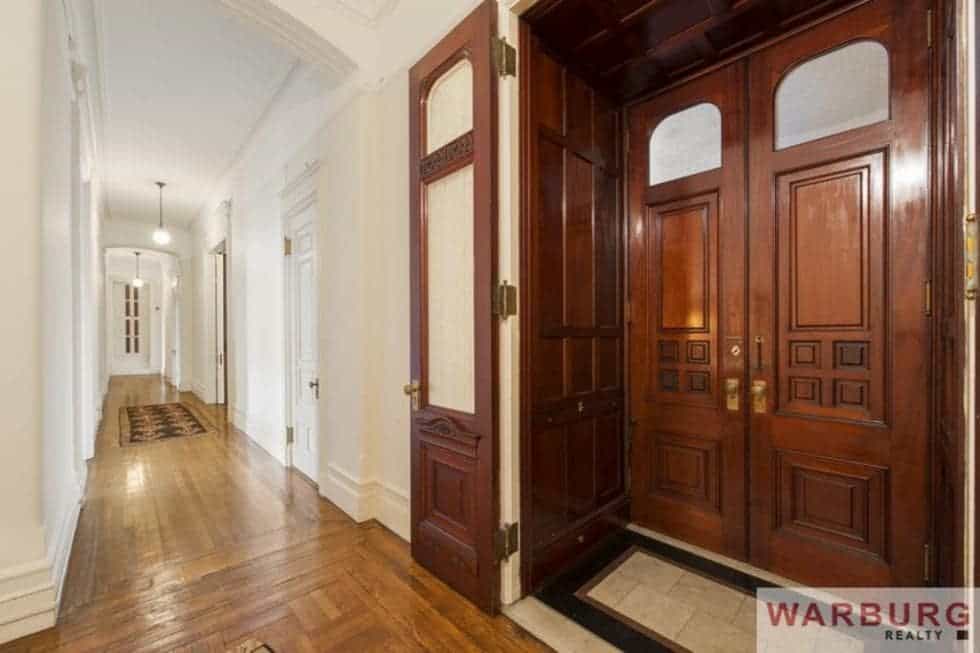 Upon entry of the apartment, you are welcomed by this simple foyer with wood-paneled walls to match the main doors of the apartment. This also leads you to a long beige hallway. Image courtesy of Toptenrealestatedeals.com. 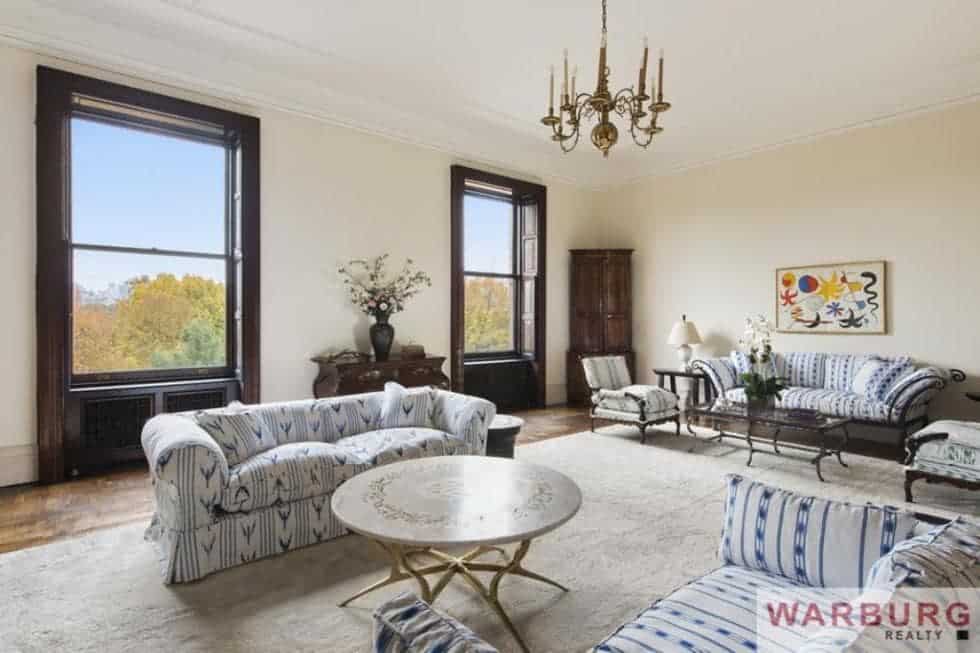 This is the living room with sets of patterned sofas that stand out against the beige walls and ceiling complemented by the dark wooden frames of the tall windows. Image courtesy of Toptenrealestatedeals.com. 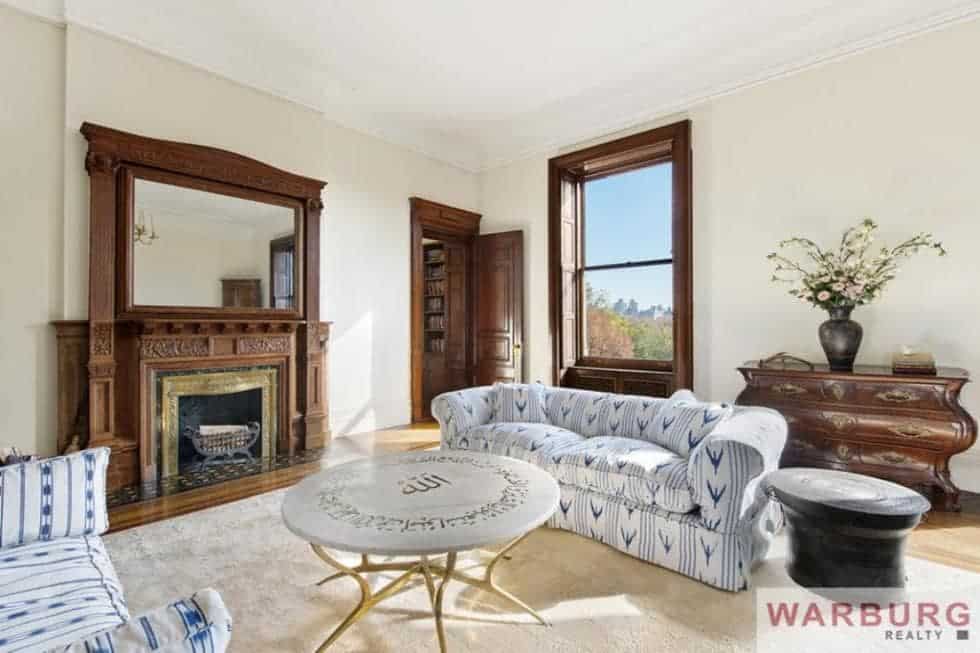 This other look of the living room showcases the wood-paneled fireplace topped with a large mirror built into the wood paneling that matches with the frames of the window and door. Image courtesy of Toptenrealestatedeals.com. 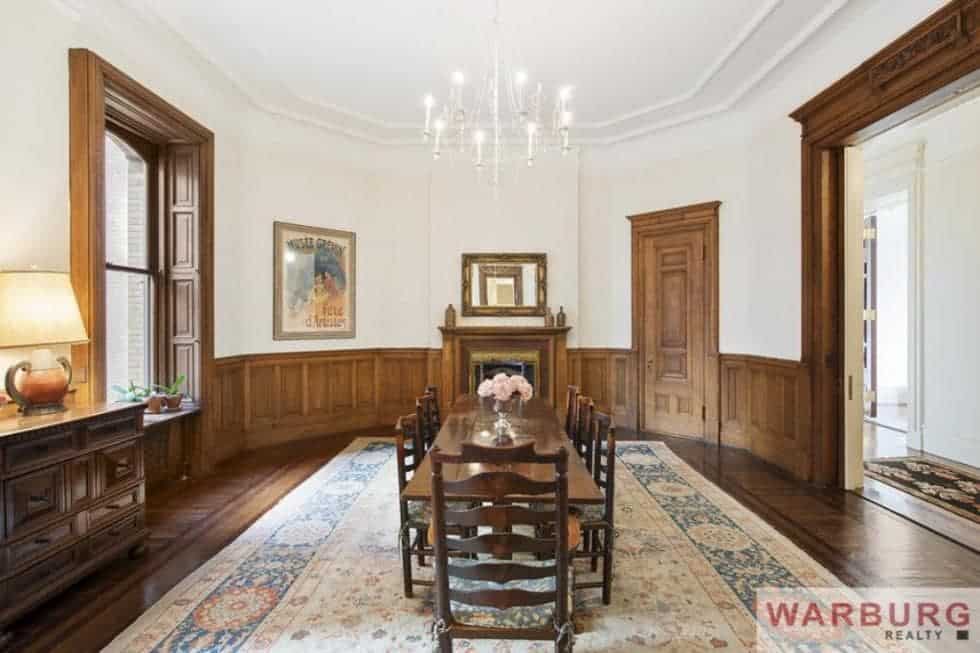 The dining room has dark wooden wainscoting that complements the beige walls and matches with the frames of the door and window as well as the dark wooden dining set and fireplace on the far side. Image courtesy of Toptenrealestatedeals.com. 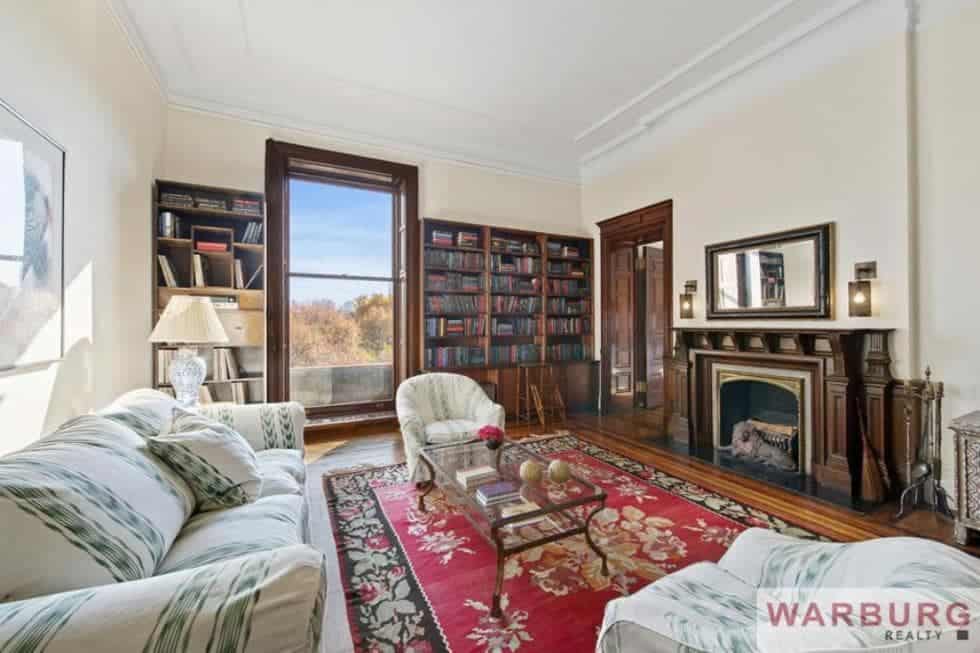 This is the library with built-in dark wooden bookshelves on the walls that blend with the wooden frames of the tall window and the mantle of the fireplace across from the sofa set and glass-top coffee table. Image courtesy of Toptenrealestatedeals.com.

The Dakota building features a mix of architectural styles — German Gothic, French Renaissance, and English Victorian.  Along the exterior, you’ll see balconies, pavilions, dormers, and steep-pitched roofs.  This landmark dates back to 1884.

The Dakota is one of the most prestigious places to live in the world.  And it’s right across the street from Central Park.  The Bacall apartment is accessible via a private vestibule, trimmed with mahogany.  The vestibule opens onto an 18-foot foyer, certainly a good size for a big-city apartment.  The foyer is home to one of the five fireplaces you’ll find around the residence.  There’s another in the formal living room, just off the foyer.

The 4,000 square-foot apartment boasts nine rooms, including three bedrooms.  Measuring 19 feet by 22 feet, the primary suite has two walk-in wardrobes.  There are also 3.5 baths throughout the home.  (Each bedroom has its own bathroom).  Another element that sets this home apart is the 19th-century-style butler’s pantry.

What a lot of people find especially impressive about this apartment is its 70-foot gallery that connects the library, great room, and formal dining room.  When Bacall called this place home, this area was decked out with all kinds of antiques and art.  She had amassed a large and varied collection of pieces throughout her long residence here.  Most of those relics have since been sold at auction.

I really like the library.  It’s small enough to have a cozy feel but large enough that it’s not cramped.  Built-in bookshelves extend from both sides of a tall window.   A wood fireplace makes this room the ideal place to enjoy a good read.  Even better, this spot is connected to a Juliet balcony where you can take in stunning “upper deck” views of the lush greenery and walking paths of Central Park.

The apartment is characterized by distinctly Dakota features — hardwood floors, 13-foot ceilings, plaster molding, pocket doors, and wood trim.  Most of the original architecture remains unchanged.  A nearly 100-foot stretch at the front of the apartment looks out onto the treetops and lush landscaping four floors below.

Lauren Bacall was born in New York City in 1924.  She began her career as a model before landing her first film role in 1945.  She married acclaimed actor Humphrey Bogart the same year.  After his death in 1057, she acted in several Broadway productions.  Later, she alternated between appearing on stage and the big screen.  She died in August 2014.