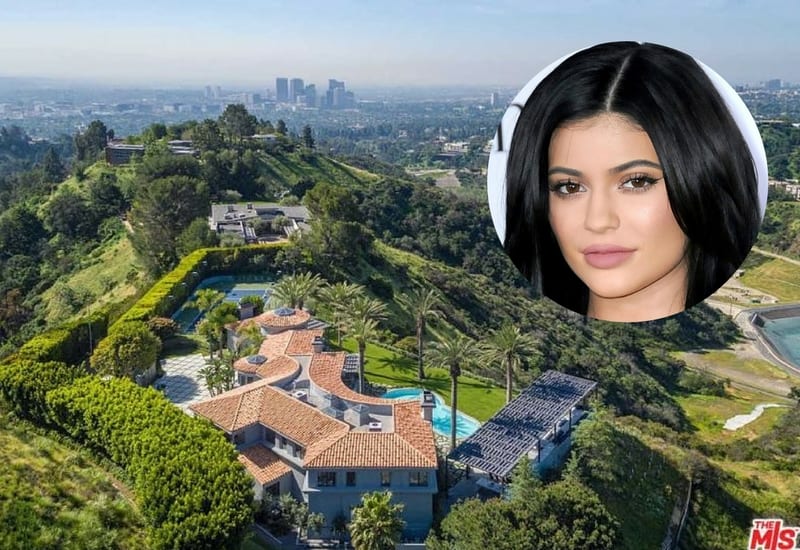 When it comes to celebrity homes, many of Hollywood’s A-listers are not shy on how much they are willing to spend on an elaborate abode, and Kylie Jenner is no exception. The youngest of the Kardashian’s is reportedly spending more than $125,000 a month to rent her impressive Beverly Hills estate. The home that Jenner is renting is currently listed at $35 million.

Jenner has managed to operate a profitable fashion empire as of late, which is sure to become even more famous now that she has added a new line of sunglasses to the mix. 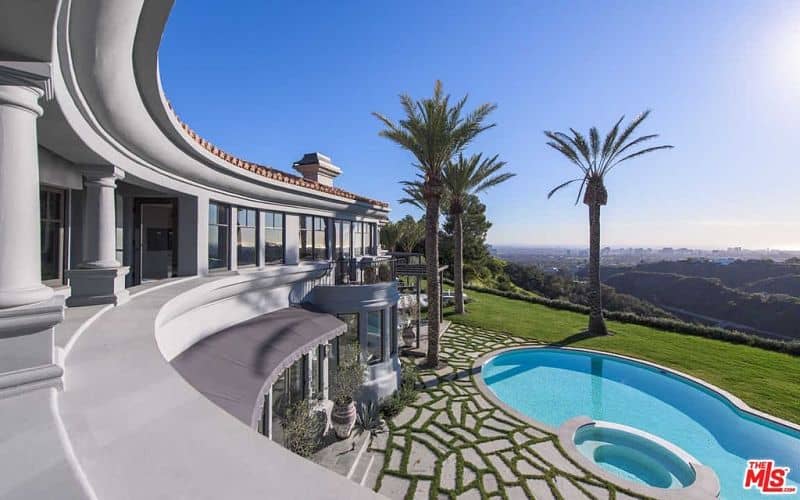 Kylie Jenner’s aspiration for fashion is rather impressive. In fact, it seems has a calling to the fashion and makeup world. She managed to earn $100,000 in 2011 by agreeing to let OPI name one of their lines of nail polish after both her and Kendall.

As a fan of the Ocean’s Trilogy, I am a bit excited to see the spin-off sequel, Ocean’s Eight. The film is said to start female dominated cast, including cameo appearances made by Kylie Jenner and her sisters, Kendall Jenner and Kim Kardashian.

About the Property She’s Renting

When the former Keeping Up with the Kardashians star is not working on her next fashion and makeup line ideas, she is enjoying expansive mountain and ocean views from her rental. The home features five bedrooms and eight bathrooms, plenty for a large family or an incoming of house guests.

The curved upper balcony at the back of the home further extends the view of the Los Angeles hilltop. The 10,050-square-foot estate houses a variety of celeb-worthy amenities, including a movie theatre. Wine lovers will enjoy the temperature controlled cellar, which provides storage for 300 bottles. There is also a relaxing library featuring a bar.

A view of the house from the outside makes it appear just as stunning as it looks from the inside, which you can see from the pictures below. Because of its impressive features, The Agency may very well sell it soon enough for their $35 million asking price, leaving Jenner to look for her next fabulous rental.

Below is a photo gallery featuring the incredible amenities of Kylie’s rental home. 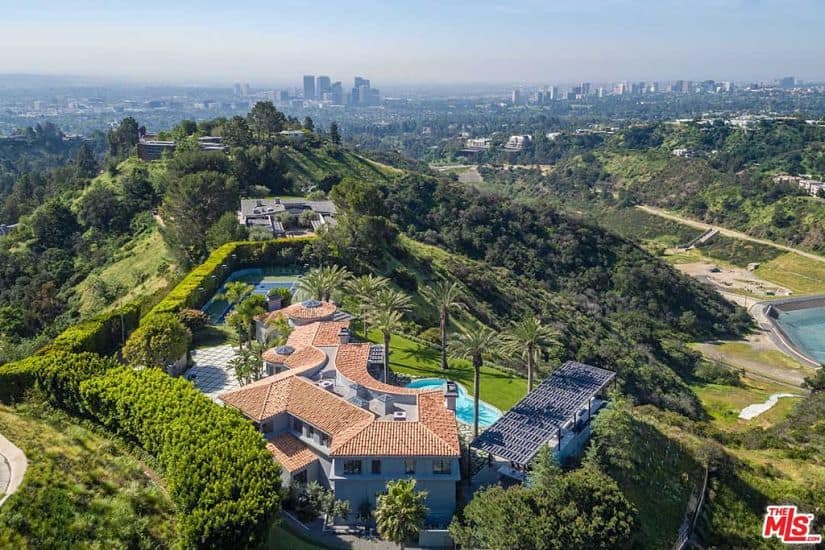 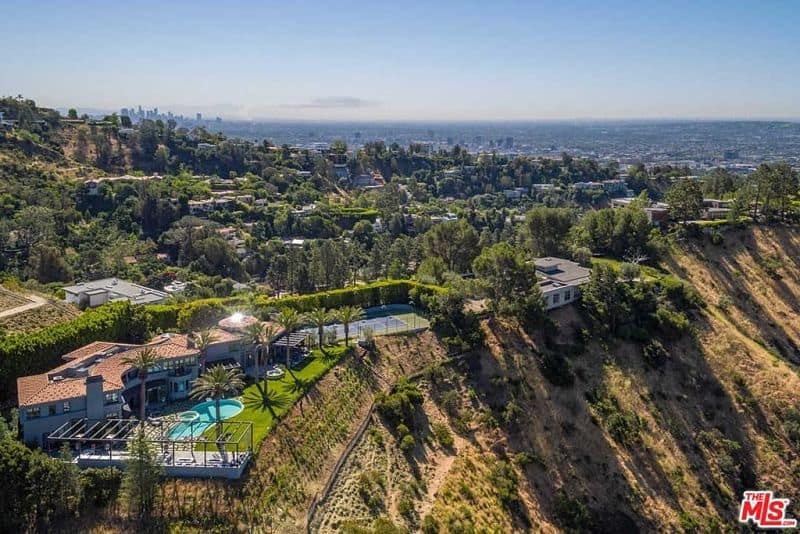 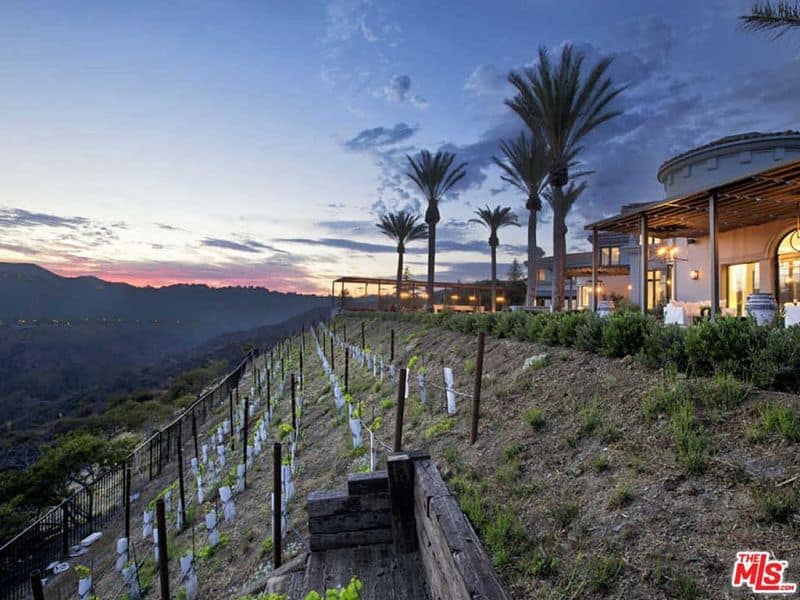 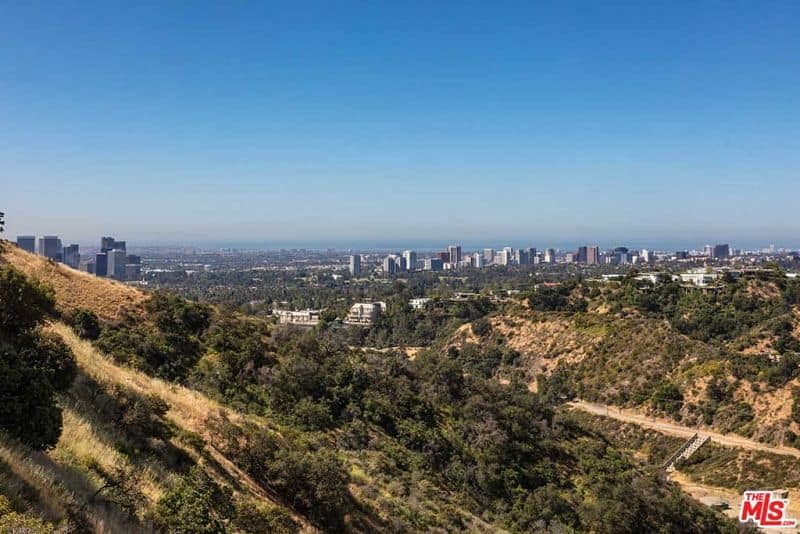 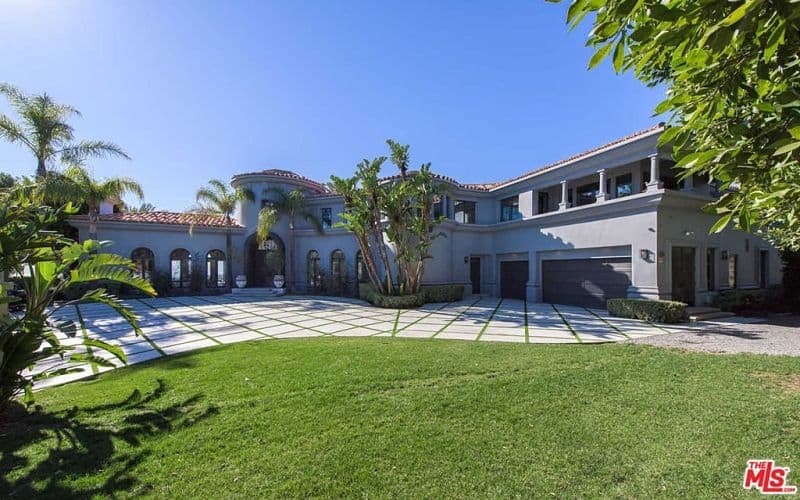 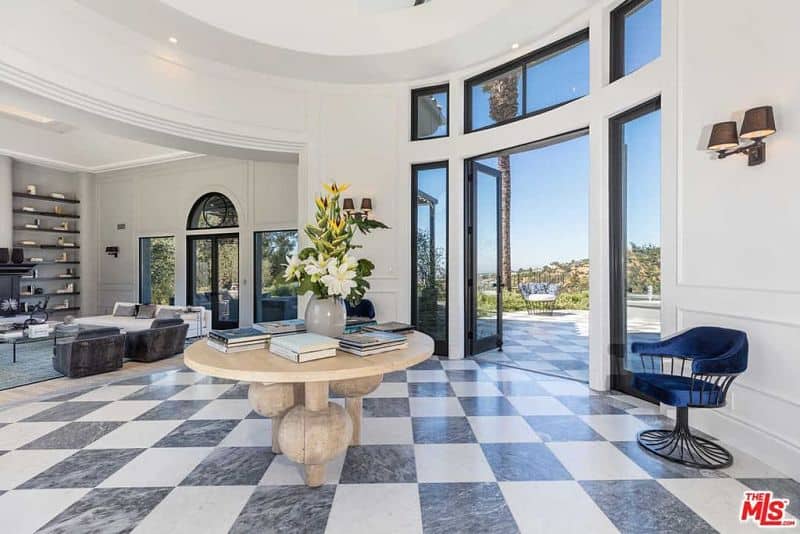 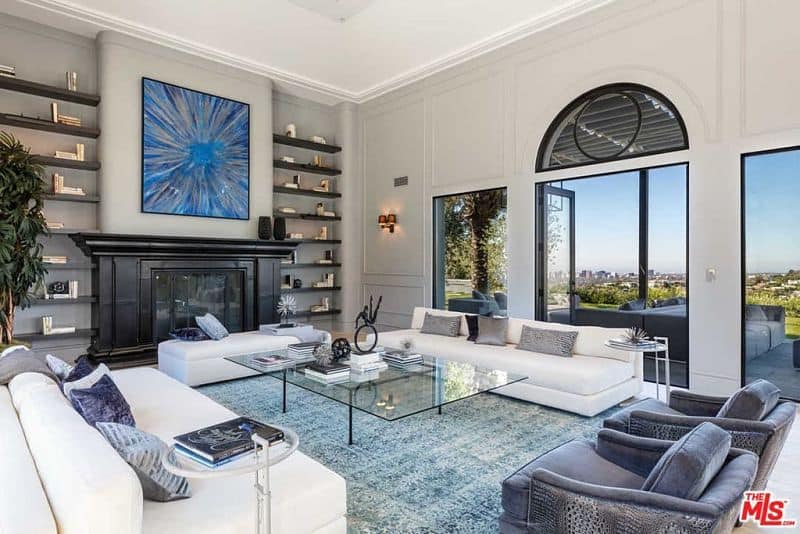 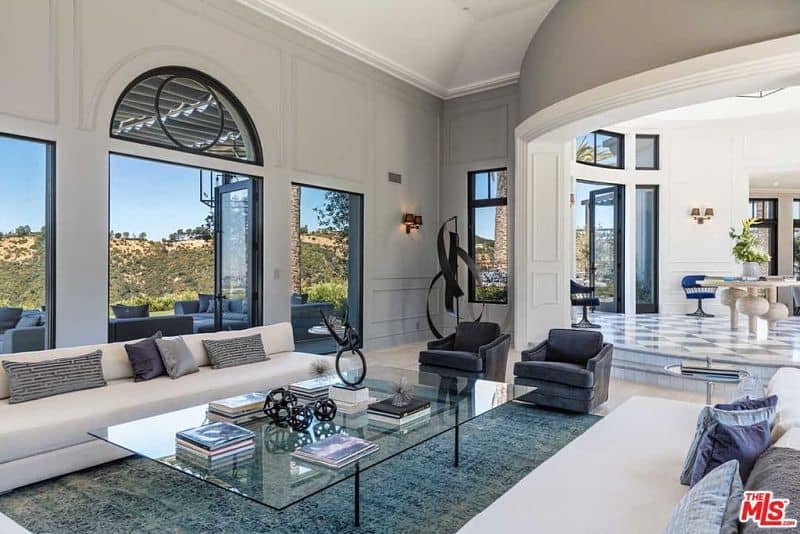 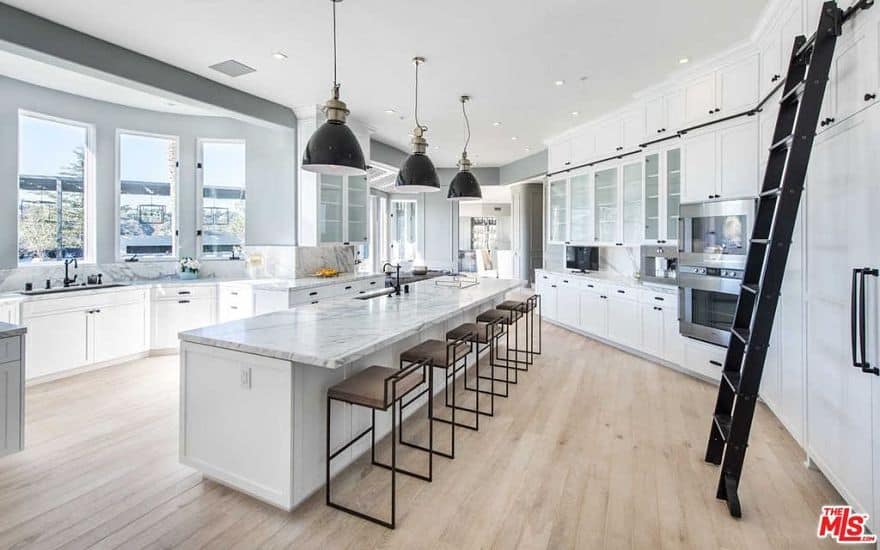 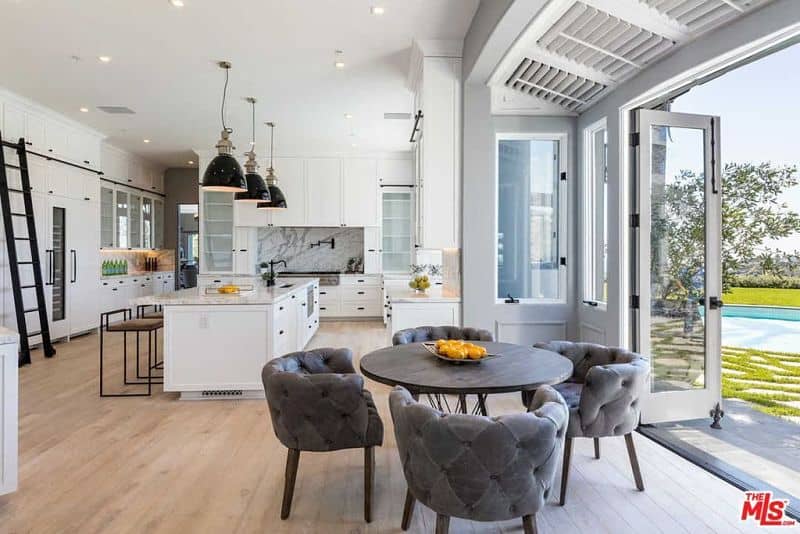 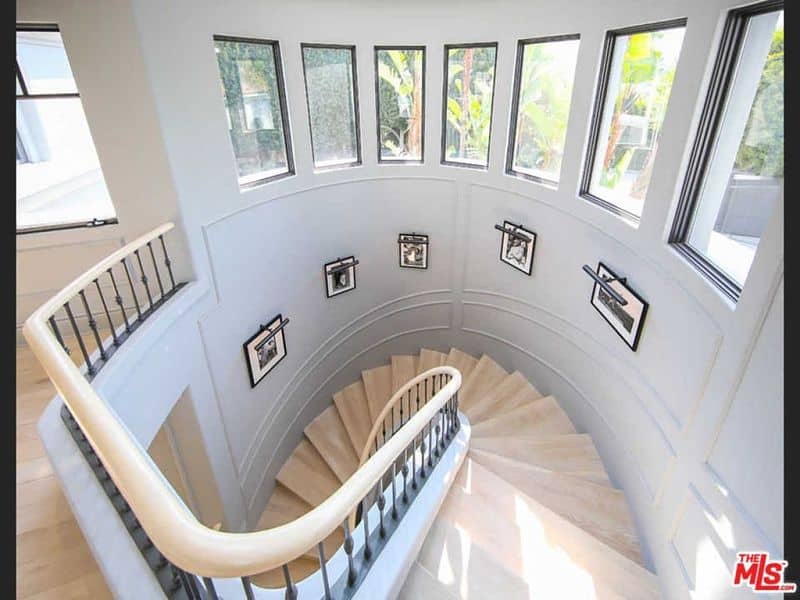 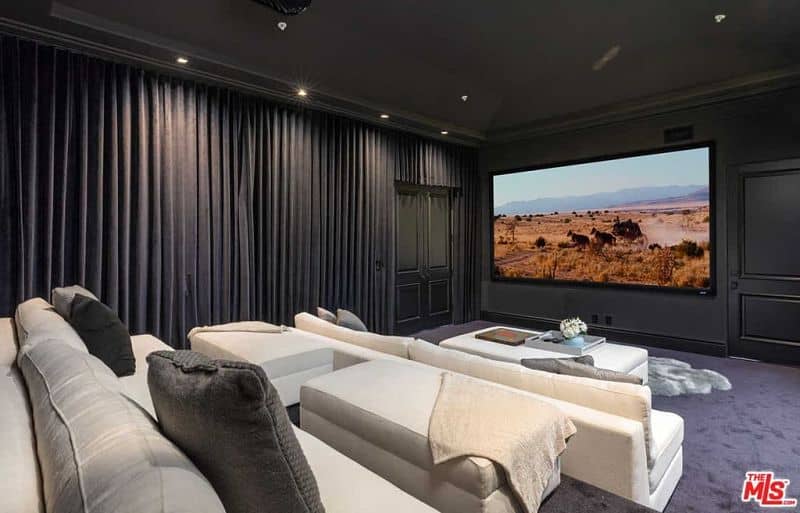 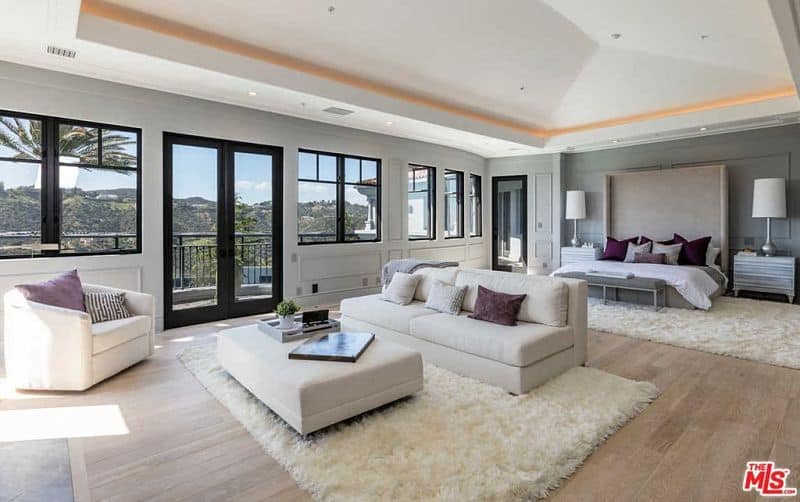 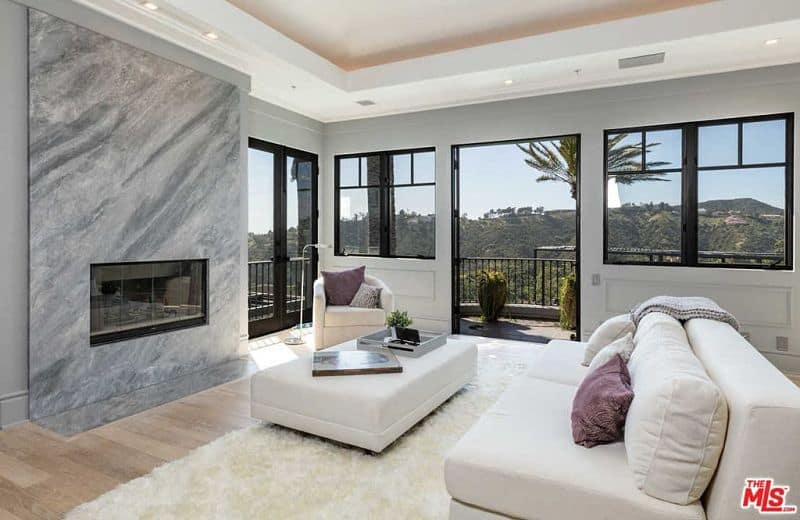 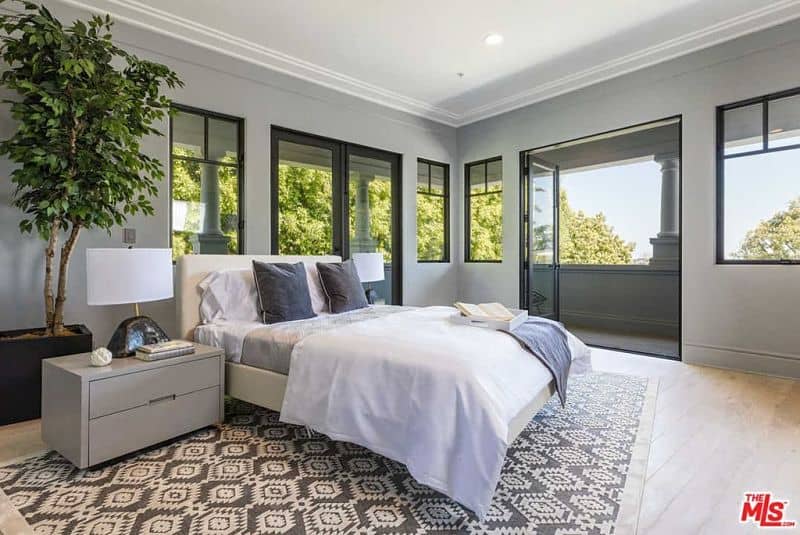 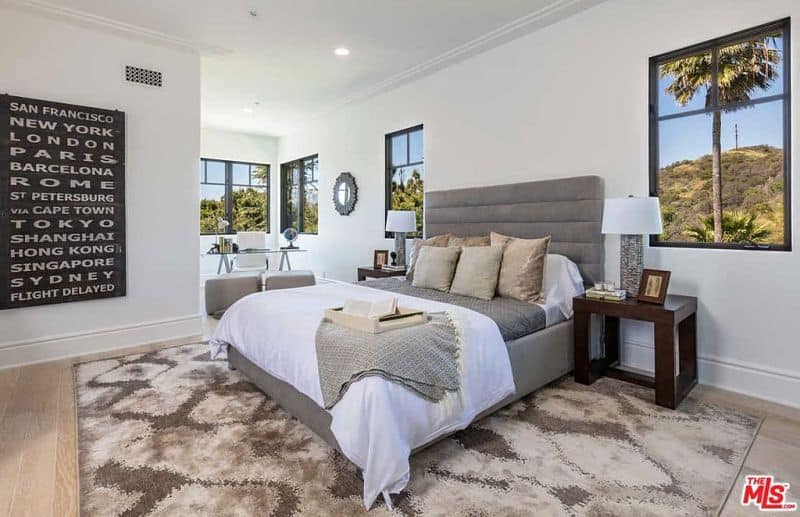 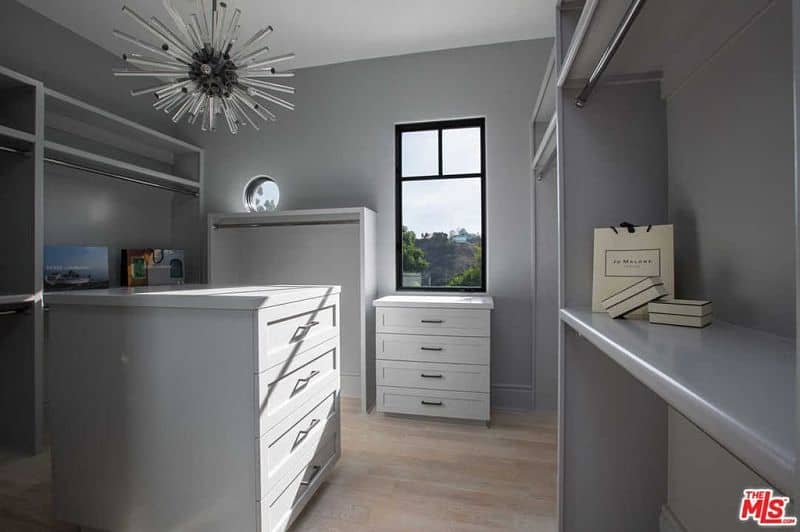 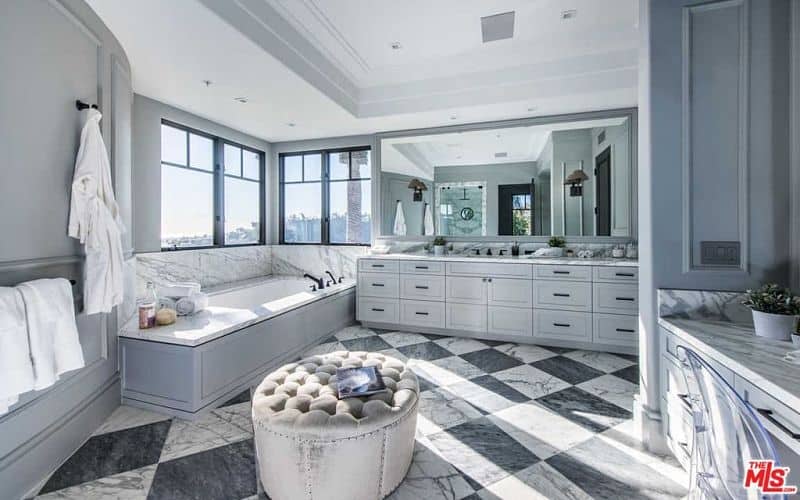 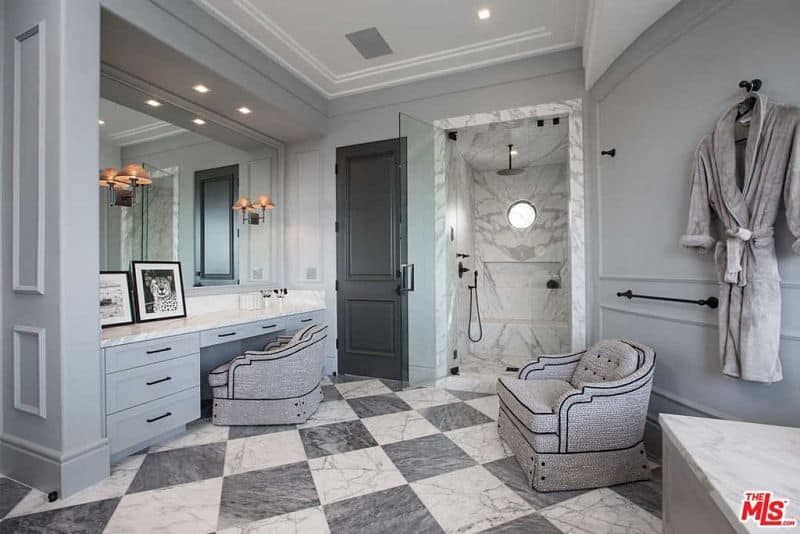 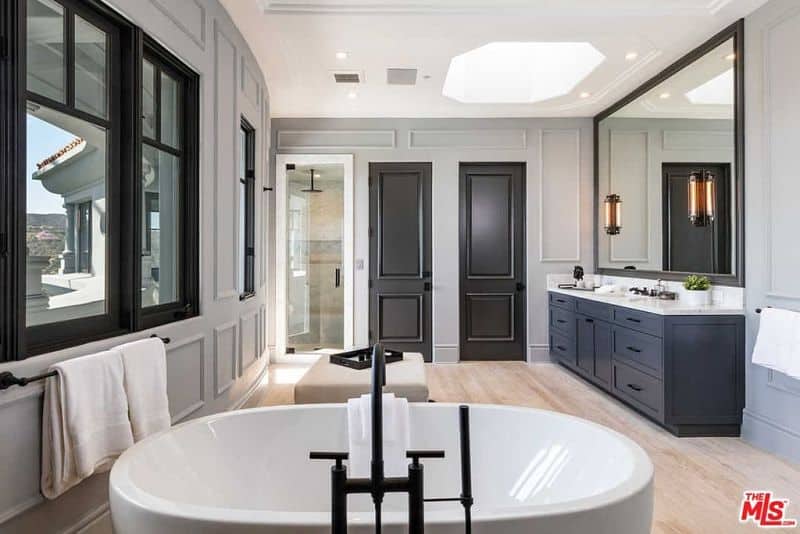 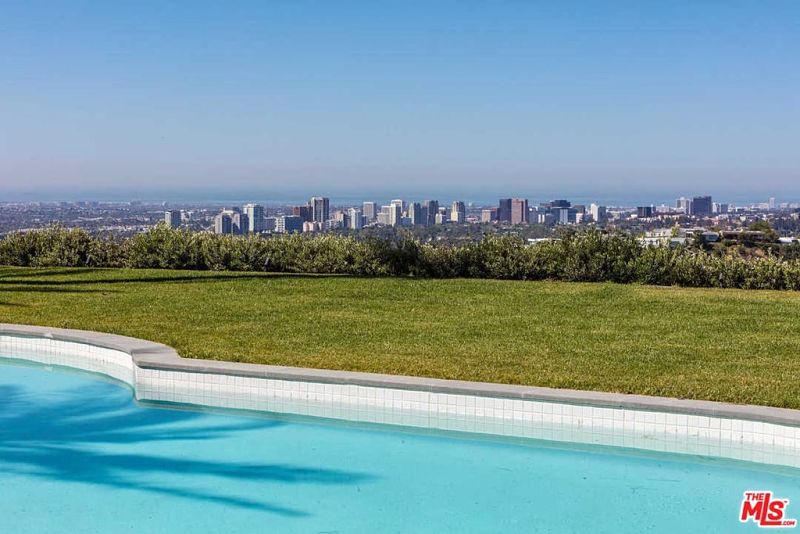 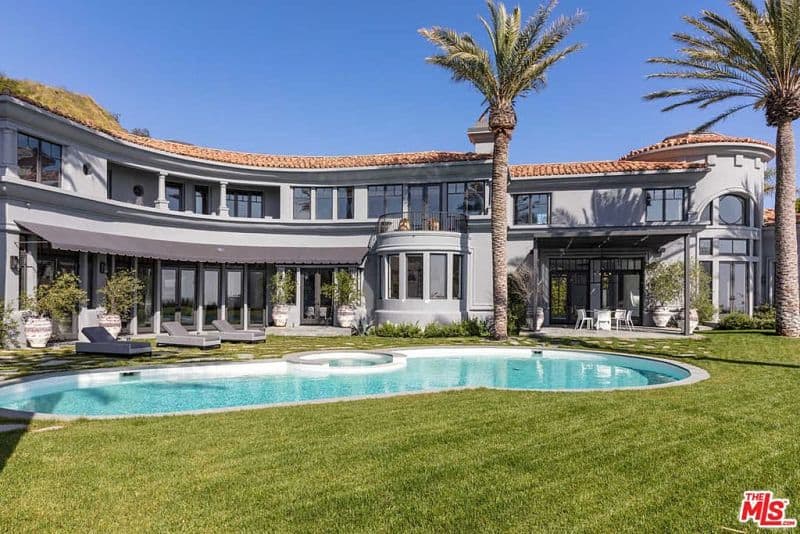 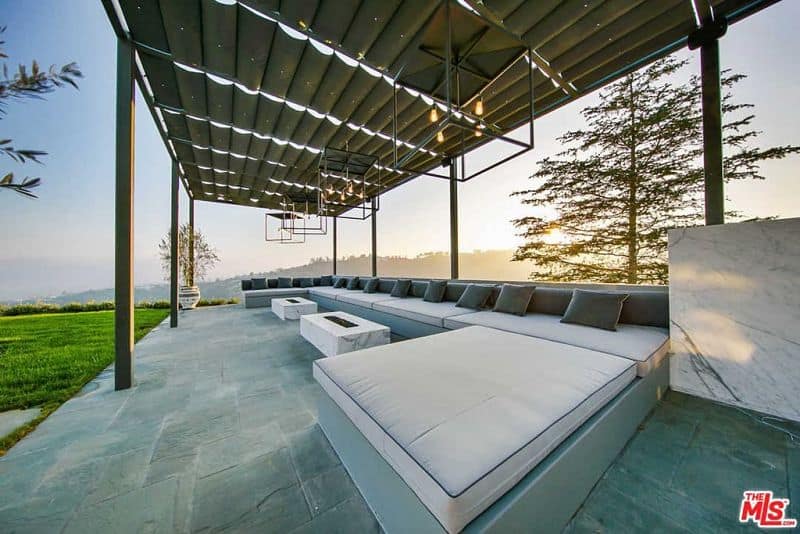 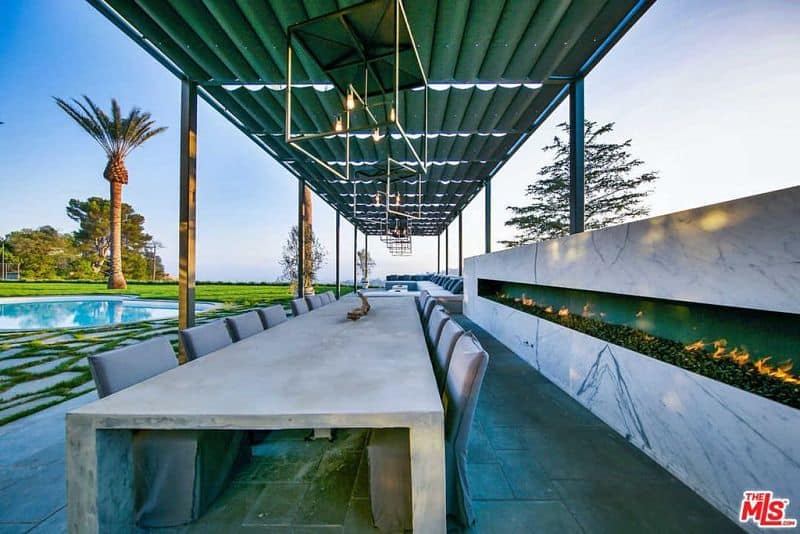 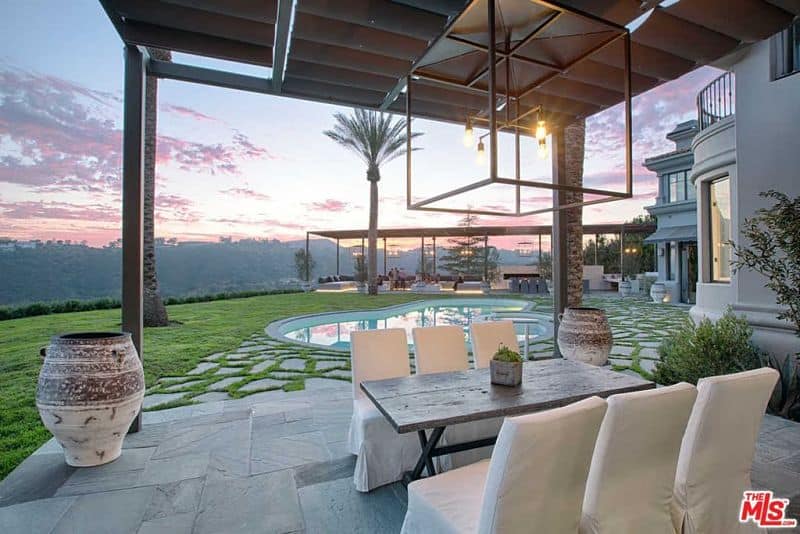 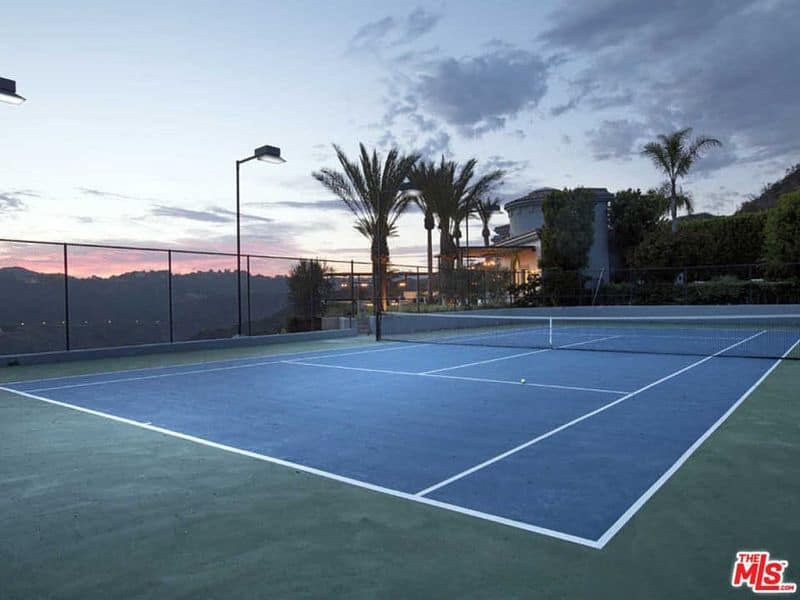 Kylie Jenner’s beauty and fashion brand have been quite a success, thus the reason that LifeandStyleMag.com reports that her net worth is around $20 million.