Since 1999, Johnson Chou Inc. has developed into an interdisciplinary design practice encompassing architectural and industrial design, furniture and interiors, graphic identity, and corporate communications – a body of work characterized by conceptual explorations of narrative, transformation, and multiplicity.

While the search for the elemental is the defining aspect of the diverse, yet consistent body of work, elements of drama and engagement on intellectual, emotional, and physiological levels of experience exemplify the firm’s projects.

The firm’s award-winning and internationally recognized projects include advertising offices for Grip Limited and Zulu Alpha Kilo, Head Offices for Red Bull Canada, and private residences in 10 Bellair and the Candy Factory condominiums.

“A conceptually driven project, ShadowBox is executed in a pure and unified way. The interior atmosphere is distinct and extreme.”

ShadowBox is an exploration of the essence of architecture: to enable the witnessing of the passage of time by capturing the elusive play of light and shadow, and to engender a heightened sense of movement through varying spatial scales and experiences.

This includes the expansion and compression of single, double, and triple-height spaces, and through one’s engagement of interior elements such as bridges and stairs. The house is configured to capture the ever-changing light and shadow effects in various areas of the residence. The shadows cast in the interior reveal the juxtaposition between the permanence of the architecture and the ephemeral of the natural.

The residence was envisioned as an instrument for the appreciation of the profound ephemerality of time. The interior walls act as a blank canvas capturing the shadows of the abstracted forms and the movement, for example, of trees swaying in a breeze, in effect projecting the exterior environment into the interior. Like a reverse sundial, beams of light move across the walls and floors of the house. The moment is mesmerizing, cinematic, fleeting; in an instant, the shadows transform or disappear altogether.

Located in the Upper Beaches area of Toronto, the residence faces a busy, at times cacophonous arterial road and as a result, the exterior openings were minimized to a single horizontal strip window. The entrance into the residence is at the midpoint of the building accessed through a side lane.

The entrance foyer is located between the dining and kitchen/breakfast areas. The east-west orientation of the building allows for morning light at breakfast and evening light at dinner. From the one-story kitchen, the dining room is double-height and the living room is triple-height, invoking a sense of expansion or compression as one flows through the home.

The AZ Awards is AZURE’s international architecture and design competition, recognizing excellence and innovation, and showcasing the world’s best projects, products, and ideas. To select these 20 winners, the AZ Awards jury of leading international designers drew from a record-breaking pool of 1,241 entries – and 68 AZ Awards finalists. 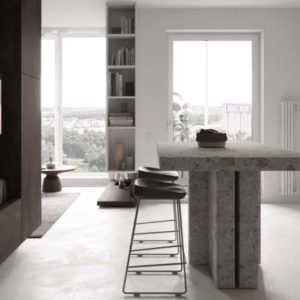 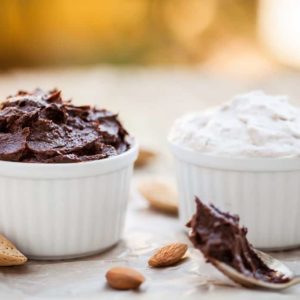