Ireland's 18th-century Guinness Beer Castle, one of the country's most historic homes is for sale, priced at $29.5 million! 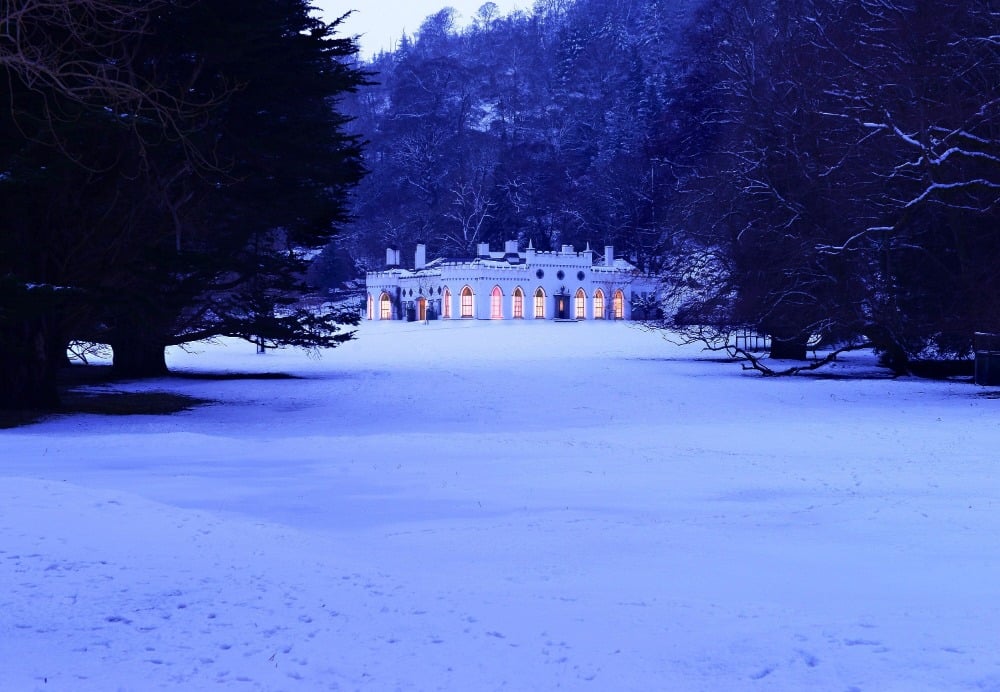 One of Ireland’s most historic homes, the Guinness Beer Castle is now for sale, priced at $29.5 million or about €28 million.

The castle, named Luggala is a former hunting lodge with a total of 19,099 square feet of living space, 27 bedrooms and 18 full bathrooms. The main house offers a large entry hall, a formal dining, a library, three reception rooms and seven bedrooms while the guest house offers four bedrooms.

Now, the 18th-century castle could be yours for $29.5 million or about 28 million euros.

One of Ireland’s most historic homes is for sale. Celebrate St. Patrick’s Day and ‘drown the shamrock’ at the Guinness Beer castle that has reigned over the rolling emerald hills of Ireland near Dublin since the 18th century. In recent history, the castle housed Guinness-beer heiress Oonagh, Lady Oranmore and Browne, one of the three “golden Guinness girls,” who entertained lavishly and whose guests have included the Rolling Stones, Anjelica Huston (who grew up next-door), Lucian Freud, and U2’s Bono.

Dublin’s most famous export, Guinness beer, first arrived in the United States on the shore of North Carolina in 1817 under the direction of Arthur Guinness II, first heir to the company. The dark ale, known as stout, became an instant hit as it spread its delicious exports around the world. Today, offering eleven distinct varieties, thousands of bottles will be consumed on St. Patrick’s Day, a one-day break from Lent, after sixteen days of building up a powerful thirst.

Though to many Americans, St. Patrick’s Day has evolved into green beer and a drinking free-for-all, if you’re heading to Dublin to celebrate and take a tour of the Guinness castle, be forewarned that you’ll probably be doing it with other tourists in the Guinness’ Temple Bar neighborhood because when the parade is over most of the locals head home to a nice dinner and an evening of calm entertainment.

The castle, named Luggala, is on 5,000 acres and lies within its original 18th-century gardens surrounded by old Irish oaks, emerald lawns, heather and wildflowers overlooking the dark blue water of Lough (Lake) Tay. Though not of massive proportions and tall spires, Luggala, a former hunting lodge, is comprised of 19,099 square feet of living space with a total of 27 bedrooms and 18 full baths.

With its low-lying crenelated roofline, the whitewashed structure makes a striking statement against the dark-wooded backdrop. Leaning toward Gothic style, it is awash with little battlements, crochets, trefoil and quatrefoil windows and ogee mantelpieces throughout. Structures on the property include the main house with seven bedrooms, dining room, large entrance hall, three main reception rooms and library, a four-bedroom guest house, and another 17 bedrooms between seven lodges and cottages within the estate.

A fascinating story of the estate’s history can be found in Luggala Days: The Story of a Guinness House by Robert O’Byrne, who tells that it was once called “the most decorative honey pot in Ireland” and elaborates on its scandals and intrigues.

Now for sale, the 18th-century castle that beer bought and was always known as a house of great welcome and happiness, according to historians, is priced at $29.5 million or about 28 million euros.