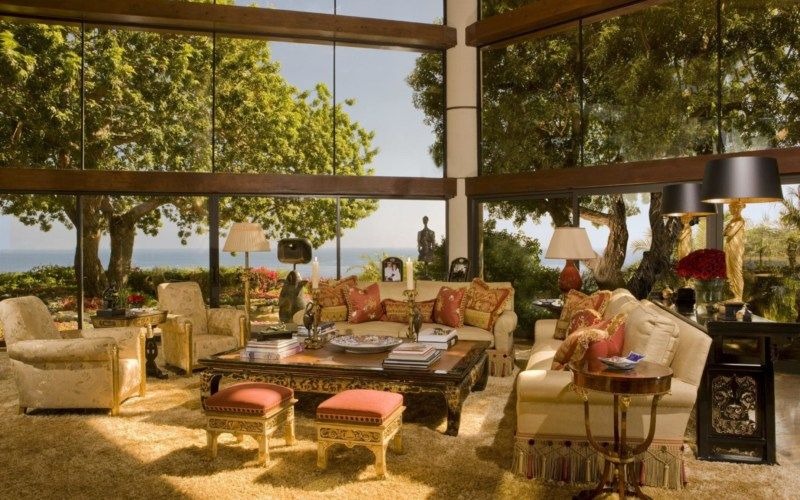 Johnny Carson is remembered for his charm as the legendary presenter for the Tonight Show, his generosity, and his pleasant, easy-going nature. His comedic professionalism left a generation of comedians stunned. Today, his $81.5 million Malibu home is up for sale. It is as iconic and unique as Carson himself.

Johnny Carson’s long stint on NBC’s The Tonight Show was not the first offering in the way of late-night variety and personality-based comedy programs. But it was the first to bring the level of approachability and charm that it did to the genre.

Even today, the Carson era is considered to be the golden age of late-night comedy. It was a time when the antics of Saturday Night Live were still novel. Carson remained the more grounded of the two. Johnny passed away in 2005 at the age of 79, but his comedic legend remains both respected and unsurpassed.

Not to be bested either professionally or in terms of his personal real estate holdings, Carson’s wholly unique $81.5 million home in Malibu California is as impressive a house as Carson was a TV personality. The main house measures at 7,083 square feet in total, and touring it is a bit like watching the Tonight Show with its long lists of eccentric but impressive guests.

The front living area feels as palatial as it is inviting with its high, ocean-facing glass walls, golden shag carpet, and the lavish, cushy couches and stools. The all-glass outer walls are reinforced with massive oaken beams and corner pillars that leave no doubt as to its strength. The layout of the room itself appears to indicate that Carson enjoyed lively conversation as much in his private life as in his professional life.

Moving to the window side of the room and looking into the home, we see the entire structure is girded over with heavy horizontal beams. Over the main sitting area, we find a sculpture of the Sun radiating out rendered in shining Holly-wood – that is, the wood of the holly tree.

Those with keen eyes will notice an elevated space up and to the left. This apparently relatively isolated sitting room is ideal for those rare moments when Johnny would take some time alone.

The entire home is constructed like an enormous studio with little in the way of structural divisions between spaces. From the air, the home looks like a flat triangle with its capstone missing. To the south side of the structure, we find wide-open access to a patio with light brown marble flooring that leads into an ornate garden which one cannot help but to explore. Closer to the sea-side of the house is a simple sitting area with a single tree in the intervening space between the table and the ocean. The tree appears to be carefully groomed, yet still wild, full, and impressive.

Speaking of trees, the interior of the house features a number of planted installations with shrubs and full-sized trees contained in cleverly contained permanent planters. Angled around a sitting area near Carson’s personal office, Roman sculptures and an enclosed arboretum add to the foreign appeal of the décor.

The primary bedroom is lavish, but nothing near to as experimental as the rest of the home. A fireplace, massive bed, and adequate but not overwhelming bay-side window round out the space nicely.