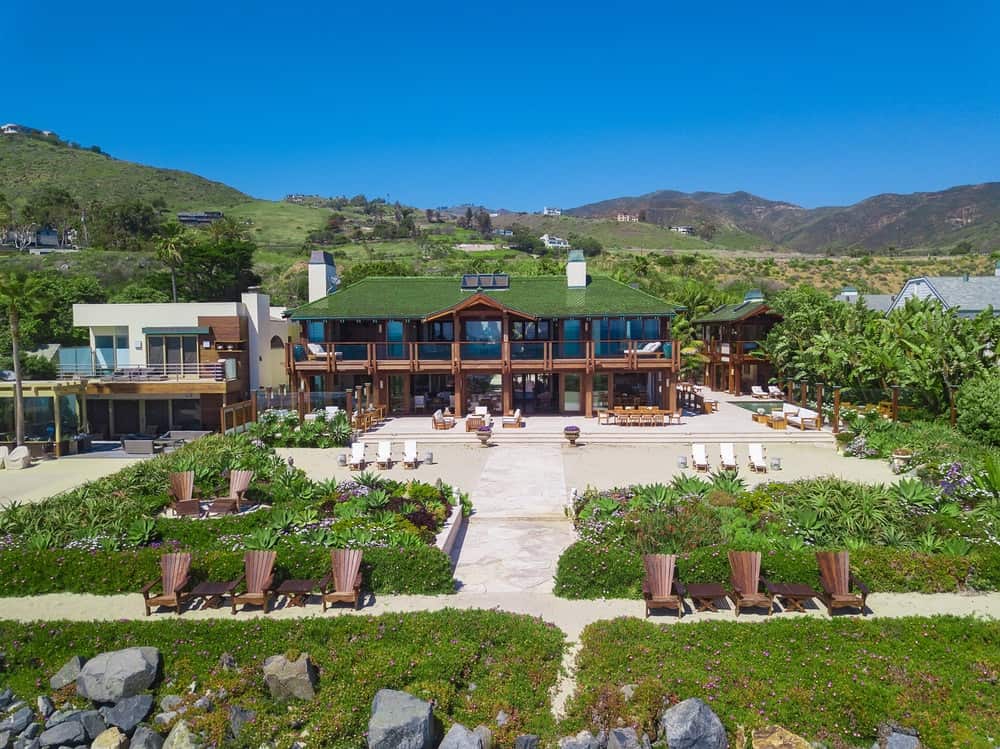 Pierce Brosnan, Irish-American actor, producer, environmentalist, philanthropist, and artist, is selling his 13,000 square foot Malibu Beach House, initially purchased in 2000, for $100 million. Brosnan may be most notably known for portraying James Bond in four movies — Goldeneye, Tomorrow Never Dies, The World Is Not Enough, and Die Another Day. He has also starred in Mamma Mia!, Mrs. Doubtfire, I Don’t Know How She Does It, Eurovision, and many more. Brosnan’s production company, Irish Dream Time, has produced 12 films since it launched.

Brosnan and his wife, Keely Brosnan, were inspired to create Orchid House after filming Tomorrow Never Dies in Thailand. After purchasing two lots equaling to about one acre, with 117 feet of beachfront in 2000 for about $7 million, they hired architects Ralph and Ross Anderson to design their Thai-inspired beach house named Orchid House.

It took the architects ten years to build and finish the couples’ beachfront oasis. The main house forms a u-shape around a courtyard entrance lined with palm trees and lanais. The home has five bedrooms and 14 bathrooms – 9 full and five powder rooms. The master bedroom can be found on the second floor and features a private deck, two fireplaces, and teak cabinets. The master bath has floor-to-ceiling windows, chandeliers, and dressing rooms. The other bedroom suites have their own private bathrooms and walk-in closets.

When walking into the house, you will notice the open floor plan, neutral colors, handcrafted woodwork, and teak flooring. Step into the living room, with floor-to-ceiling doors and windows that allow you to look out onto the ocean. Then enter into the gourmet kitchen with its two large islands, teak cabinets, two stoves, and crystal quartz countertops.

The floor-to-ceiling glass sliders open onto the terrace and saltwater pool. Tropical flowers and palm trees surround the outdoor seating area. When enjoying the outside oasis, you can find a large open entertainment deck, gas fire pit, outdoor shower, and two glass-enclosed sitting and dining areas with windbreakers.

Near the inground pool sits the two-story guest or pool house. The guest house sits to the side of the main house and has its own bar and fireplace. The home has a Japanese-style spa with hot and cold pools, a steam room, and a dry sauna. The home theater is soundproof and has its own bar, tiered seating area, and custom surround sound.

Other home features include a gym, recording studio, wine storage room, butler’s pantry, and an office that can serve as a studio or library. The home also features Brosnan’s artwork throughout. This home is designed to create an oasis from the real world. With breathtaking ocean views and steps away from the beach, what’s not to love about this Malibu beach house? Brosnan is selling Orchid House to relocate to Hawaii, where he grew up and owns a multi-cottage compound.