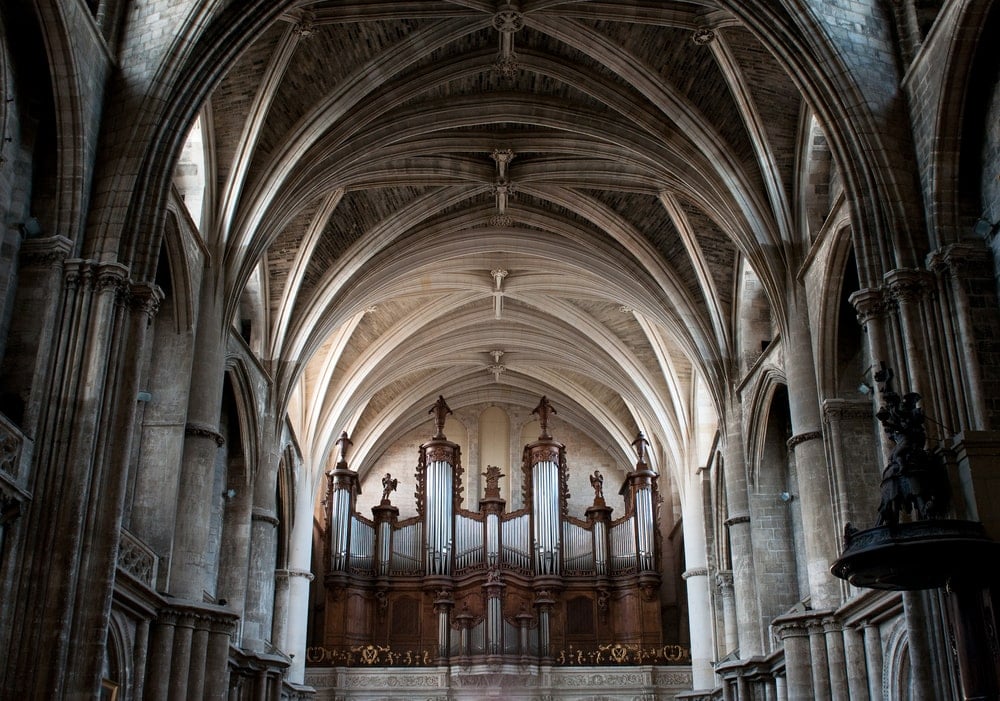 What is a Groin Vault Ceiling?

A groin vault ceiling is a series of groin vaults all in a row. A groin vault is arched support for a ceiling or covering in a room. These supports are typically made from stone or brick. A builder can create a ceiling over a long rectangular hallway by repeating groin vaults. The longer the hallway or area that requires a ceiling, the more groin vaults that are needed to cover the space.

When thinking about a groin vault, picture two barrel vaults meeting at right angles to create a square. It will appear to you as four surfaces curving to meet in the middle. When the surfaces meet, it creates four ribs that put the load-bearing in the four corners. The more complex groin vault is stronger than most other structures because a groin vault can handle direct stress. 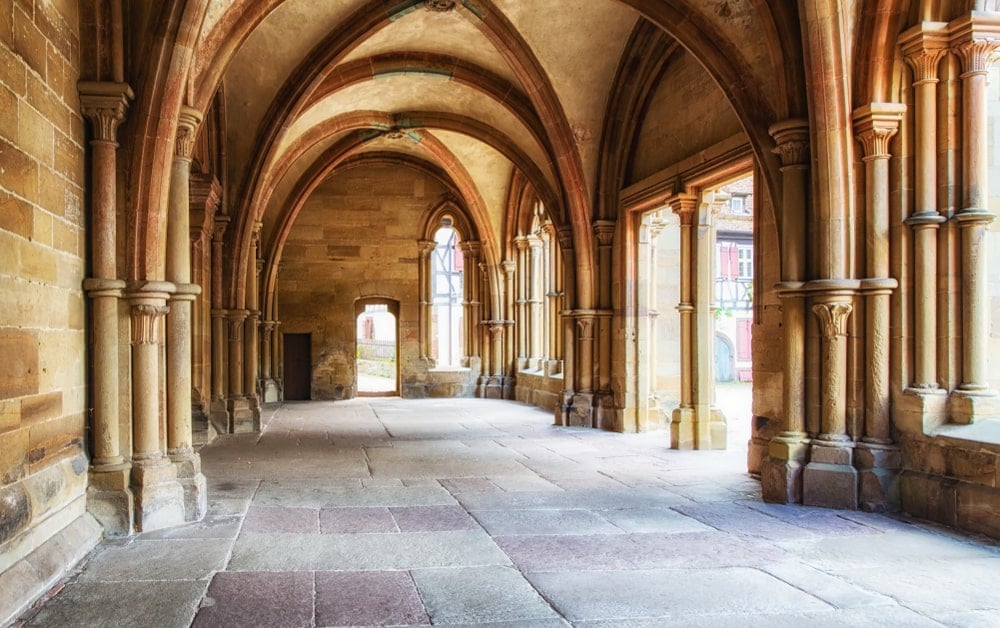 Romans first created a groin vault to use on many various structures that had large widths. The Romans are thought to have exploited the use of groin vault ceilings. The first groin vault was constructed in Europe, most likely Greece around 223 BC. After that, no one saw much of the groin vaulted ceilings until the stone came back in style. Then the groin vault ceilings became most widely used in the architecture of churches during the Middle Ages. This type of construction was widely used due to its strength without having to create massive constructions of walls to support the ceiling. It also allows light to come in from all sides providing illumination. This type of construction saves material and labor over other barrel types of vault ceilings. Around 1050 AD, ceilings began moving more regularly from a regular vaulted ceiling to a vault groin. 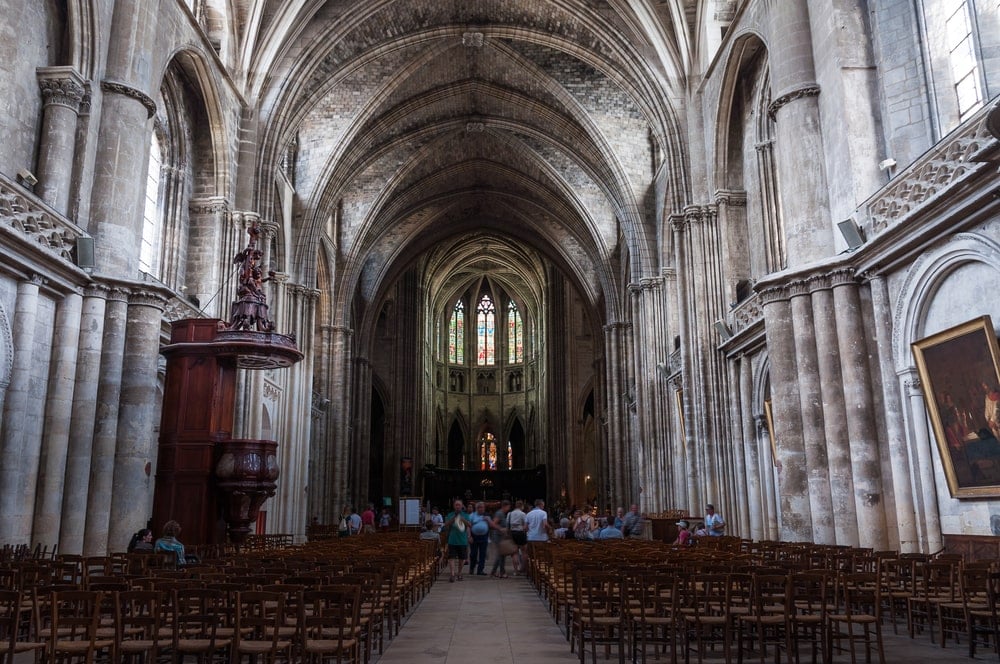 One item to note, while groin vault ceilings are stronger and potentially more affordable, they are challenging and difficult to construct. It can be hard to get the geometric form put correctly into place. As a result, it began to be found more readily in more Gothic type architecture.

Related Articles:
« Back to Glossary Index 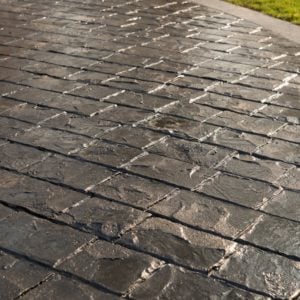 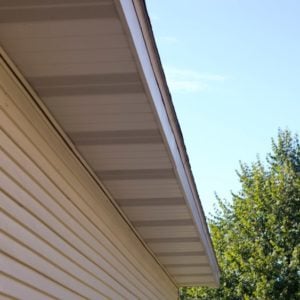