The massive New jersey mansion designed by James Brite is now on the market. This English Gothic Revival mansion was built in 1907 and is recently listed for sale priced at $48 million.

This mansion, named Darlington, is a registered New Jersey historical landmark since 1997. The massive home has dozens of rooms, a 45-foot-tall operational Aeolian player organ, a grand hall with 30-foot ceilings, a library with beautiful murals, a wine cellar with its own tasting room, cigar room, beauty salon, theatre and a myriad of other amenities.

An English Gothic Revival mansion that was built in 1907 in New Jersey for railroad heir George Crocker was designed by James Brite. According to the listing agent, Brite, along with his partner, Henry Bacon, also helped design the original Madison Square Garden, American University and the Lincoln Memorial in Washington, D.C. At 50,000 square feet, the New Jersey mansion is one of the largest on the East Coast – about 5,000 square feet smaller than the White House. A rare find in historical American architecture with some of the best examples of imported craftsmanship and artistry in the United States, it has recently been listed for sale at $48 million.

Located in Mahwah, New Jersey, where wealthy New Yorkers went in the early 1900s to escape the big city heat and congestion, the land originally belonged to Alfred B. Darlington who had a smaller mansion on the property. Darlington was a New York City hotelier who made his fortune as the senior proprietor of the luxury Fifth Avenue Hotel which catered to wealthy Americans and Europeans. The hotel took up an entire block of Fifth Avenue and was where Ulysses S. Grant kicked off his presidential campaign in 1864. By 1872, Darlington had acquired enough wealth to pay $50,000 for 1,100 acres in the Ramapo Valley where he built a 27-room home, raised cattle and trotting horses, and developed a racetrack that came to be known as Darlington.

George Crocker, vice president of the Southern Pacific Railroad, purchased the estate from Darlington in 1901. He and his family lived in the original mansion while building the new Darlington on a hill 185 feet above the original home after choosing what he felt was the perfect site. He modeled it after Bramshill House, a Jacobean mansion in Hampshire, England.

Demanding only the best, Crocker hired the most important architectural firm in the country, Brite and Bacon Architects (James Brite and Henry Bacon), to design the mansion and the best American and European craftsmen and artists to construct it. When completed, its grandeur, exceptional millwork and artistry became known throughout the country. Crocker brought back horse racing, owning a popular racehorse himself, re-established the livestock and market garden and stocked the pond with 4,000 trout and bass.

By 1909, both Crocker and his wife had died and the estate passed into the hands of banker Emerson McMillin, who lived there until his death in 1922. In 1927, the estate was sold to the Roman Catholic Diocese of Newark that housed the Immaculate Conception Seminary School of Theology there until 1984, then sat empty for the next 40 years until purchased by a local business owner who has invested millions in the home’s restoration and updated features.

Listed as a New Jersey historical landmark, Darlington was also listed in the National Register of Historic Places in 1997. The massive home includes 58 rooms, 29 bedrooms, and 21 baths – with ‘extra rooms if one needs more bedrooms,’ claims the owner – and houses a century-old, 45-foot-tall Aeolian player organ which may be the last remaining in the world and is still fully operational.

Darlington mansion, the Gilded Age beauty built from railroad wealth, is one of the most notable examples of artisan craftsmanship in the country. Now sited on over 12 manicured acres and only 40 minutes from Manhattan, it is for sale asking $48 million. Co-listing agents are Sonja Cullaro of Special Properties Real Estate Services and Kathleen Coumou of Christie’s International Real Estate. 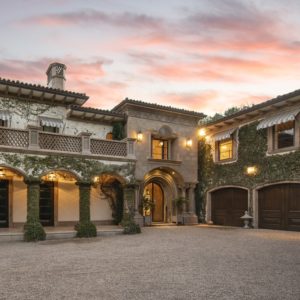 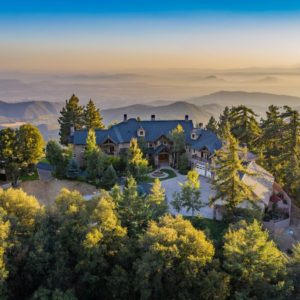