Built in 2001, Bosh's enormous home features six bedrooms and eight bathrooms, all in Mediterranean style with a 10,755 square feet of living space. The home is complete with elegant living space, huge home office and library combo and entertainment areas. Bosh's resort-style estate is up for lease at $45,000 per month. 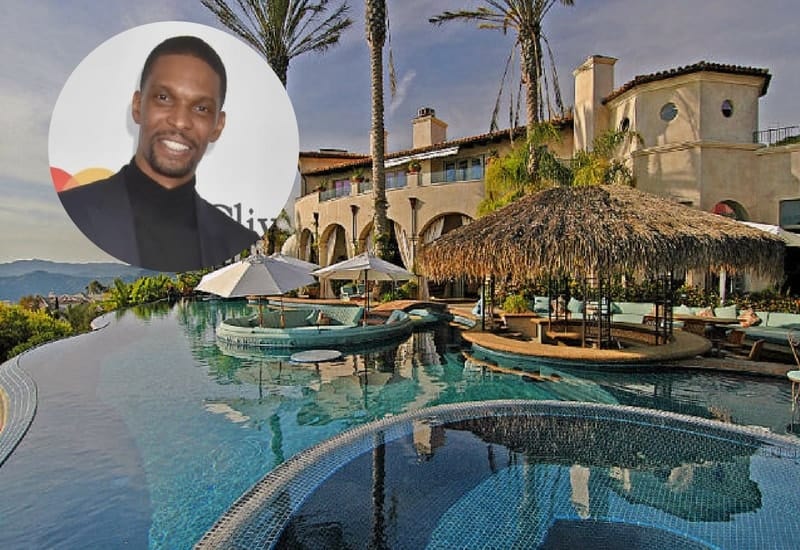 Chris Bosh is an NBA star played for Toronto Raptors and is currently signed by Miami Heat. He won back-to-back NBA Championships with Miami in 2011-2013 seasons along with fellow NBA star Dwayne Wade and Lebron James.

Bosh’s career started when he was drafted 4th overall pick by the Toronto Raptors back in 2003, teaming up with Toronto star Vince Carter. Upon Carter’s departure, Bosh quickly became the leader of the team, carrying the Raptors on his back until 2010, when he signed with Miami heat, joining Dwyane Wade and Lebron James. The Heat Big 3 started dominating the east but fell short against Dirk Nowitzki and the Dallas Mavericks, losing 4-2 in the NBA Finals. After the loss against the Mavs, Chris Bosh and the Heat squad came back stronger, winning 2 consecutive NBA Championships against Oklahoma City Thunder and San Antonio Spurs.

After nabbing 2 Championships, Bosh’s health began to deteriorate. Bosh’s blood clot was said to be a career-ending illness, convincing the Miami Heat president, Pat Riley to believe that Bosh’s career with the team is over.

Built in 2001, Bosh’s enormous home features six bedrooms and eight bathrooms, all in Mediterranean style with a 10,755 square feet of living space. The home is complete with elegant living space, huge home office and library combo and entertainment areas. Bosh rented the mansion for $45,000 per month before selling it. It was listed for $14.5 million.

The massive Mediterranean home boasts a spacious living space, super luxurious home office and library, a huge primary suite with two primary bathrooms and a separated media room that consists of bar with a billiards pool and a movie theater indoor.

Outside, a magnificent views of the Pacific Ocean and mountains are waiting. A resort-style infinity pool featuring a swim up bar and lounging area provides top-notch relaxing experience while a balcony with spa adds amazing sight-seeing spot.

Check out the full photo gallery below of Chris Bosh’s home.

CelebsNetWorthToday.com estimates his fortune at $50 million.