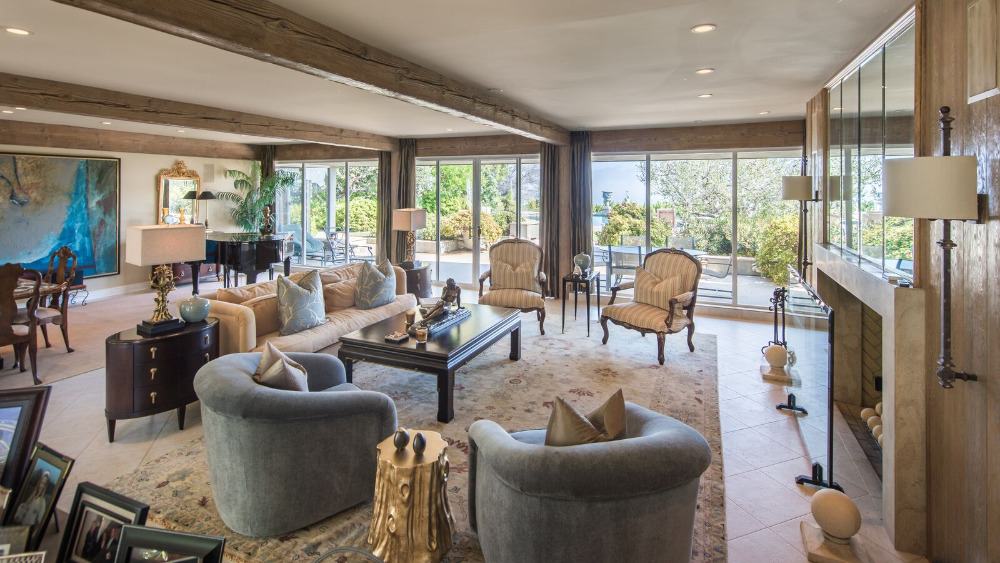 Elizabeth Taylor's former beloved Beverly Hills property and mansion with six bedrooms recently went off the market. It was for sale for $15.9 million and was bought for an undetermined price. See what all this historic property has in store for its newest residents who will get an oceanside view.

Elizabeth Taylor was selling her Beverly Hills mansion for the cool asking price of $15.9 million. The estate was established in the 1950s by Taylor and her husband at the time, Michael Wilding. Already off the market, the house was sold for an undisclosed amount. The home is located in Beverly Hills, California. It was referred to by Taylor as “the most beautiful house I’ve ever seen.”

Taylor is most famous for her many roles in the acting circuit during the 1950s. At the time, she was a huge sex symbol and a famous actress in Hollywood. More notoriously Taylor would go on to have more husbands than this particular Beverly Hills mansion would have bathrooms. In fact, the reason why Taylor would end up selling her beloved property is because of an affair. It was not her fault, but that of her husband who happened to have a creeping eye.

While away filming the movie “Giant,” Wilding was at home with strippers without the knowledge of his wife. Needless to say, Taylor did not find this well. Again, this happened in the 1950s during a time when strippers were not accustomed to hanging out with husbands when the wife was away at work.

This, of course, led to their divorce. Unfortunately, Taylor would never feel comfortable in her favorite space again. As a result, when Taylor sold the house she was already divorced from Wilding and moved on to marry her third husband, Mike Todd.

All in all, there are six bedrooms and seven bathrooms. The home is fully designed for life indoors and out. The interior was expanded upon once the latest owner, Budd Holden, a retired architect. The house features four fireplaces, as well as a library, sauna, and art studio. Homeowners will be able to establish a full home entertainment collection, as well as set up a personal art creation space. Meanwhile, the sauna offers a wonderful way to relax and rewind after any day of the week.

The exterior is fully exposed to both city and ocean scenes. Here you have gardened terraces overlooking Beverly Hills and Southern California’s coastline. Outdoors there is also fountain entry that is shaded by palms overlooking a courtyard. The private gated house rests on two acres of land.

The mansion is quite stately with a spread of 7,781 square feet. This gives the house 2,000 additional square feet than what it had when Taylor and her husband, Wilding, had at the time of their residence. For the newer owners that will give them plenty of places to make their own in this home.