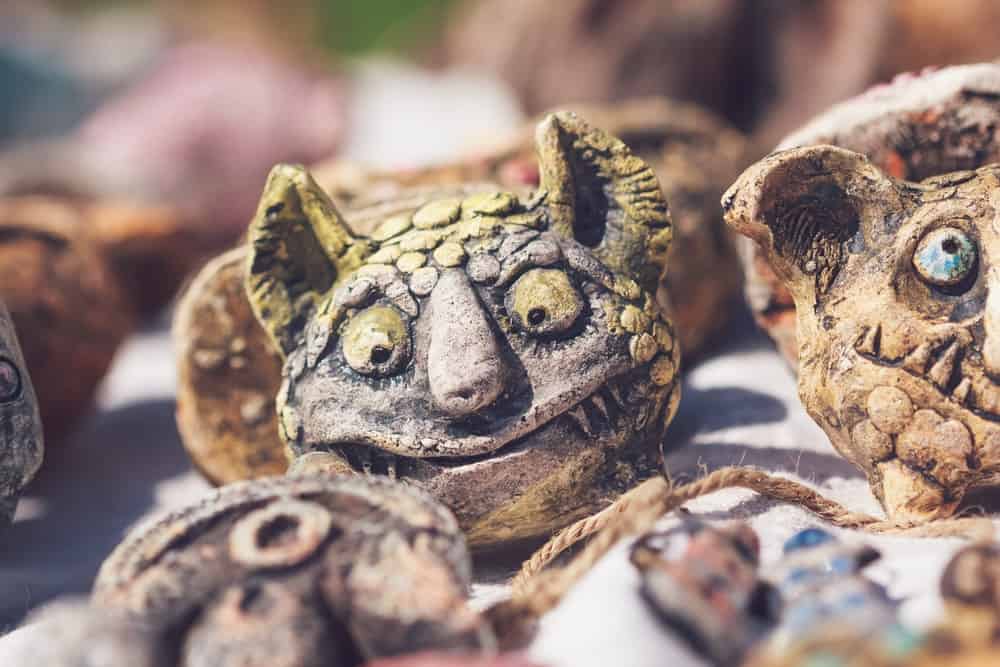 No, it’s not the name of a hot new tech start-up about to put some invasive device in your bathroom or perhaps kitchen. But in the spirit of Halloween and uncovering weird history, plus the fact that I’ve been revisiting the Quest for Glory games where a domovoi is seen in the fourth installment, these ancient kitchen spirits seemed like a fun topic to help distract us from the rampant hellfire out there since I’ve covered lots of strange kitchen origins before.

When things start to break down in one’s house, people often joke about there being a gremlin that makes your washing machine go haywire or that heating duct that just never works right. Your home’s age can factor in: structures predating World War II may have good bones and foundations, but then everything between the walls is like hurricane barriers made of tissue paper.

We’ve got enough gremlins in real life torching the bejesus out of things right now: what if your floors are finally clean from constantly scrubbing them due to anxiety? And because we can’t go anywhere right now, your breadmaking game is REALLY on point?

Maybe instead of a gremlin gnawing on the power cord of your air conditioner again (unless that’s your dinosaur puppy, of course), you’ve got a domovoi in the house!

Table of Contents Show
What is a Domovoi, Anyway?
The Domovoi’s Origins, Behaviors, and Appearance

What is a Domovoi, Anyway? 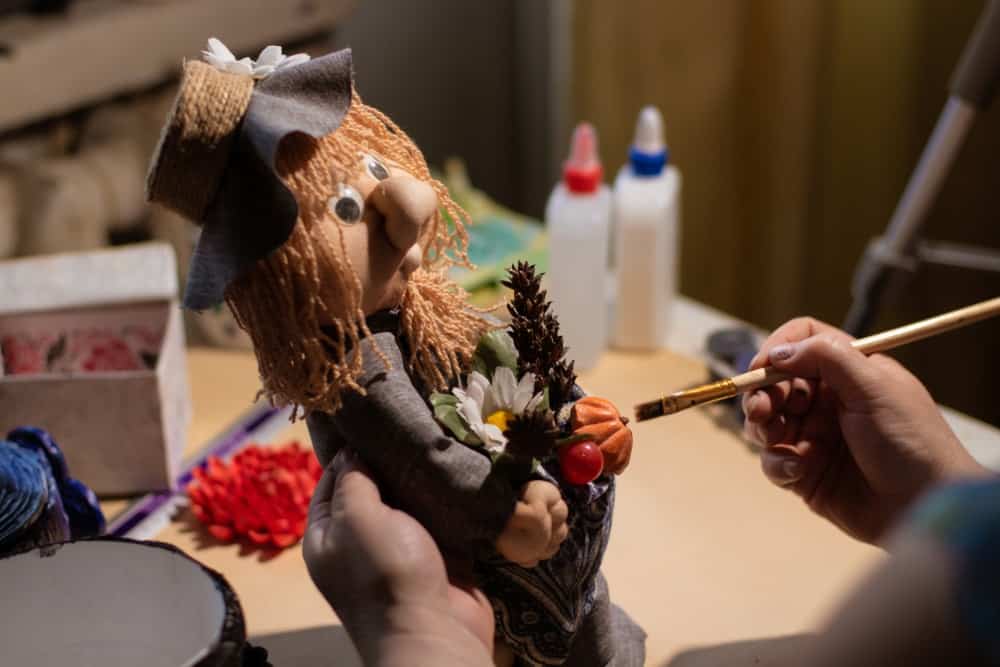 Domovoi, sometimes spelled “domovoy”, are spirits in Slavic folklore that serve as some kind of household deity, or protector of the home. After all, they have that “dom” root which implies something having to do with the home and hearth, just like “domestic” or “domicile”. In particular, domovoi are extremely protective of a household’s children and animals. Sounds like someone we could really use right now in the age of homeschooling, amirite?

I first saw a domovoi in Quest For Glory 4 which was based in this fantasy land that was a mash-up of Russia and other Eastern European countries, then again in the life-sim game Princess Maker 2 where he was specifically referred to as “the kitchen spirit” who came to bless your character in the middle of the night if she was frequently assigned housework. It got me interested in delving into this topic more, because it’s just not something you hear about as frequently as ghosts and demonic possessions seen in most American horror movies. Or as ubiquitously as spiritual and cultural observations are in Japan, where holidays like Setsubun are celebrated and you throw beans at one another while banishing demons from your home. There’s benevolent kami spirits which occupy inanimate objects, which I covered in the backlash to Marie Kondo’s movement and subsequent store opening, and domovoi seemed to fit into this category even though they’re sentient on their own accord and don’t need a “host” object.

We may associate most spirits and Halloween with beings that have nefarious intent–especially in 2020, where a week feels like a month or a month feels like a day depending on how the massive trauma hits–but several cultures also have spirits of the home that are looking out for us, rather than making our lives difficult. As we’re either Grubhubbing through the week or preparing the kind of repasts that would turn Gordon Ramsey tree frog green in envy, it can feel like both the appliance gremlin and a domovoi inhabit your home. Hell, it’d be nice if they showed themselves just so I have someone to talk to other than the pizza delivery guy through a mask since I opted for contactless delivery of virtually everything else. Can’t exactly leave a pizza hanging out by the mailbox room.

The Domovoi’s Origins, Behaviors, and Appearance 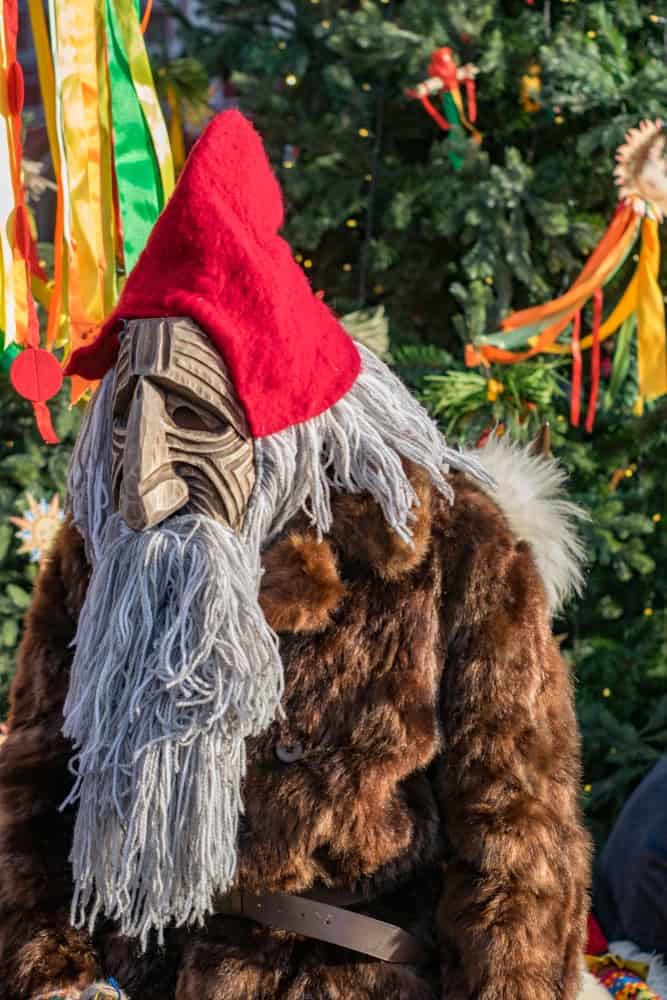 Domovoi were believed to be di penates, or household gods, among the Elbe Slavs (Polish tribes who lived in what is now eastern Germany). Penates extends from the day of Roman rule, hence that “dom” root. The historian Helmold of Bosau alluded to the growing worship of penates in the 12th century in Chronica Slavorum, which chronicled Polebian Slavs, their customs, and culture in pre-Christian central and eastern Europe.

The founders of Slavic nations as written in myth, Lech (eponym of Lechitic, meaning Polish), Rus, and Czech, are said to have a part in how the concept of Domovoi became so ubiquitous to Slavic folklore. It was Czech in particular who wanted to take the worship of penates to the next level, by bringing statues of them to the newly-formed Czech Republic and proclaiming from the mountaintop of Rzip, “Rise, good friends, and make an offering to your penates, for it is their help that has brought you to this new country destined for you by Fate ages ago.”

With a desire for stability and prosperity in this new nation that the tribes could call their own, the worship of household gods thrived through art, writing, and ritual. With the home representing a place of sanctuary and safety from long, brutal winters and warring tribes, it makes sense that some kind of guardian of the homestead would be sought and called upon to protect the family–especially the most vulnerable and susceptible to war, disease, and famine, like children.

With perhaps the exception of Princess Maker 2, where Domovoi the Kitchen Spirit was more in line with the other more traditional colorful illustrations of the demons and spirits taken from Shinto and Japanese culture then mashed with early 90s game design, domovoi are usually portrayed as small and wizened creatures akin to old men, with incredibly long gray beards. They may not always have gnome hats like the above photo of one from a Russian festival under the header, but they’ve been said to wear red shirts or robes at points, and this portrayal in paintings and sculpture would end up coinciding with the rise of Father Christmas and Santa Claus type figures centuries later. Sometimes domovoi would also be portrayed as having excessively hairy and small bodies, like a counterpart to how house elves looked in the Harry Potter film adaptations. Nonetheless, their long and grizzled beards coupled with glowing eyes are often domovois’ defining features. 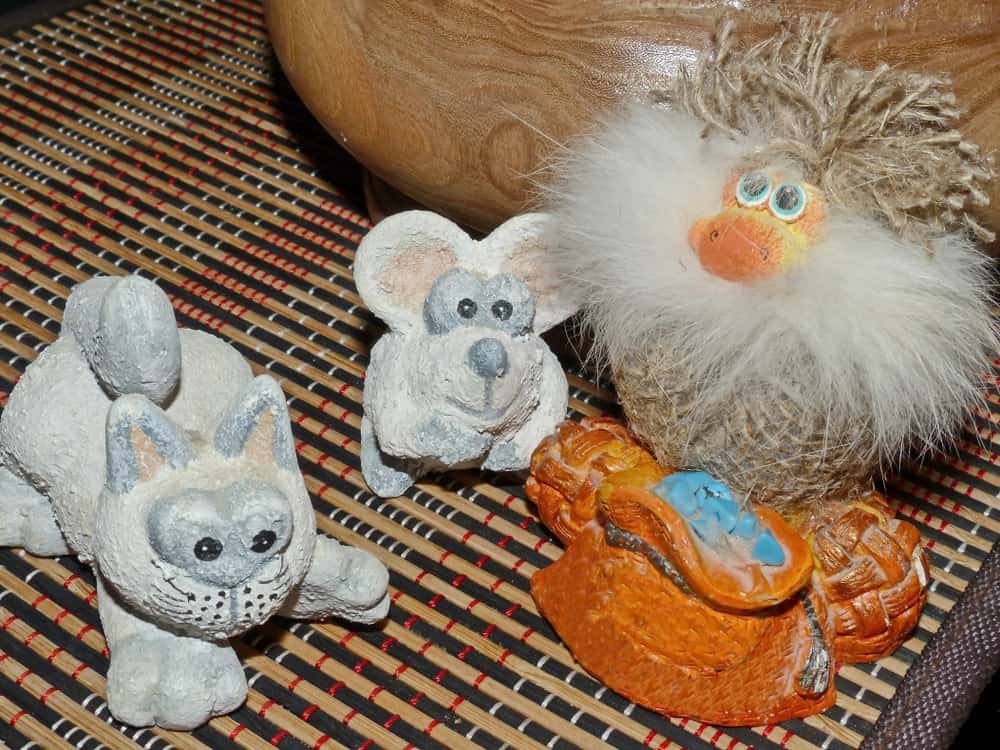 Domovoi have some limited shape-shifting powers and can take the shape of one of the home’s inhabitants, usually assuming a shape similar to the head of the household or oldest member of the family. They even do this after their death, in addition to being able to shapeshift into different animals like bears, cats, and dogs but they can also take on other animals like birds, squirrels, and other creatures. In animal form, the domovoi takes on the same hair color as the master of the house! So if I have a domovoi in this crappy apartment, he must be a toad. An electric blue toad, or perhaps a BULBASAUR.

According to The Mythology of All Races, domovoi shockingly behave like mortgage banks when it comes to which household they will assume guardianship of. They have internecine battles with one another because it is believed to strengthen the inhabitants, and the domovoi who crushes their opponents will become the watchful guardian of one or more households. It’s impossible for domovoi to be everywhere at the same time, so they guard each household in intervals. So that explains why some days you get the gremlin making all the steam pipes in your building stop working or you’re cooking up dishes that not even political prisoners on hunger strikes would want to eat, then the next day you’ve got this H&G-worthy kitchen and Instagrammable grain bowl that’s even better to eat.

It is even said that domovoi can sense people’s emotions, much like an emotional support alligator. They celebrate the family’s joys and good fortune, like the arrival of a child, a big raise or promotion, and other good tidings. They also grieve with the kin in times of immense sorrow, like job loss, famines, plagues, and oh…that sounds a LOT like 2020. In fact, some domovoi can even predict the future and try to forewarn their inhabitants of what may come! If…only I had that before I booked four frigging overseas trips this year that I had to summarily cancel and hurl $300 into the toilet on travel insurance premiums that couldn’t be refunded.

But domovoi have a vengeful side, as well, although they are not inherently demonic. Like most portrayals of genies, they merely reflect the wills of the households in which they inhabit. If a domovoi is guarding a home where one or more household members engages in bad behaviors like stealing, infidelity, or abusing their children, their demonic side is activated by this corruption. While the domovoi isn’t above stealing to improve the master of the house’s life, it takes something pretty egregious for him to banish his domestic responsibilities and leave the kin unprotected against the harsh evils of the world like pandemics, food shortages, fascist uprisings, cable news, and the culinary abominations often seen on Tasty and 5-Minute Crafts.

To atone for angering the domovoi, Russian families would place white linen in the home’s passageways which would invite him back in to have the remnants of the family’s meal. Other Slavic families would leave a glass of milk out for him, which totally ties back to the whole Santa Claus thing.

But since it’s Halloween, you’d calm a super vengeful domovoi by sacrificing a cock at midnight (the chicken, not the kind that winds up in your Twitter DMs, or Zoom apparently if you’re Jeffrey Toobin) and spreading the blood across the four corners of the common room. Or all over the backyard, if you’re really fancy. Oh, THIS must be why people were installing chicken coops throughout the pandemic.

Happy Halloween and I hope you weren’t planning on getting fried chicken from Grubhub tonight!