Brian Wilson is the co-founder of the music icon group the Beach Boys who pretty much ruled American radio before the Beatles came in. His Lake Arrowhead vacation retreat home is now on the market priced at $3.299 million.

The house is measured at 4,500 square feet with three levels, five bedrooms, five bathrooms, an elevator, terraces and balconies on each level, two fireplaces, and views of the lake. The house also boasts of blends of formal and casual, soaring ceilings, an open layout, an outdoor kitchen on the deck overlooking the lake, and a solar-powered boat slip to enjoy the lake.

The listing agent for the Lake Arrowhead home of music icon and legend Brian Wilson is Joseph Evans of Coldwell Banker.

After Elvis and before the Beatles, the Beach Boys were America’s favorite rock ‘n roll group. The band, led by Brian Wilson along with his two brothers, a cousin, and a family friend, began performing in 1961 in Hawthorne, California as the Pendletones. Within less than two years and a name change, the Beach Boys ruled the U.S. airwaves with Surfin’ Safari, Surfin’ USA, and Surfer Girl.

Between their own hits and the #1 song Surf City that Brian wrote and produced for Jan and Dean, Wilson pretty much created the California beach music sound. Its instant popularity along with 1960’s Annette Funicello and Frankie Avalon beach-themed movies moved much of the music and entertainment business from the East Coast to the beach scene with brawny surfers and tan, blond, and bikinied California Girls. More than anyone else, Wilson excelled at promoting Southern California’s beach life through his lyrics and easy-going Good Vibrations.

After his early success, Brian spent less time touring with his band and more time on producing music. His 1966 album, Pet Sounds, is widely considered to be one of rock’s most creative productions, ranked by Rolling Stone in 2003 as the #2 album of all time behind only the Beatles Sgt. Pepper’s Lonely Hearts Club Band.

One of the first concept albums and an early hint of the upcoming psychedelic era, Brian followed Pet Sounds with the #1 hit Good Vibrations, moving the Beach Boys sound from ocean and sand and cars to the early days of the hippie era. Brian wrote over twenty Top 40 hits for his group, one of the first entertainers to act as their own writers and producers. He was inducted into the Rock and Roll Hall of Fame in 1988.

Although Brian spent many years dealing with drug abuse and depression, he has continued to write and perform his music on tours around the world. He married his long-time girlfriend, Melinda Kae Ledbetter, in 1995; they have five adopted children and Melinda is now his manager. At age 74, he is on the Pet Sounds 50th Anniversary World Tour. His autobiography, I Am Brian Wilson, has been in the works for years with various co-writers and is now nearing completion.

Brian and Melinda have recently listed their Lake Arrowhead, California vacation retreat. At 4,500 square feet, the five-bedroom, five-bath, three-story home is equipped with an elevator to access each floor, has terraces/balconies on each level, two fireplaces, and views of the lake from all the common rooms.

A perfect blend of formal and casual, soaring ceilings give the interior an airy, cheerful vibe. The open layout lends itself to entertaining and there is an outdoor kitchen on the deck overlooking the lake. A single, solar-powered boat slip is included in the sale. Wilson had another home in Lake Arrowood that he sold in 2003 to buy an equestrian property for his daughters but returned to the area in 2011.

Lake Arrowhead has been a peaceful retreat for the rich and famous and a backdrop in films since the early 1900s. Some of the early actors decided to build vacation homes after making films in Lake Arrowhead and still today many celebrities visit and have their own homes. It has been a popular hangout for Howard Hughes, Charles Lindbergh, Bugsy Siegel, Michael Jackson, and many others. Year-round sports are enjoyed from water skiing to snow skiing, golf, hiking, and fishing. 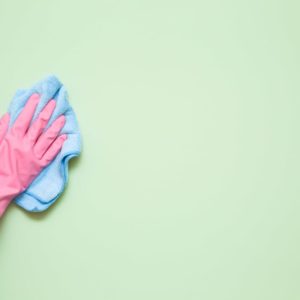 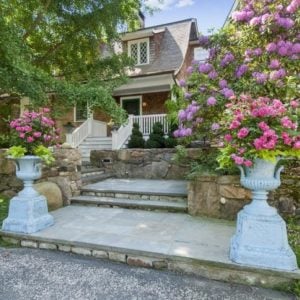