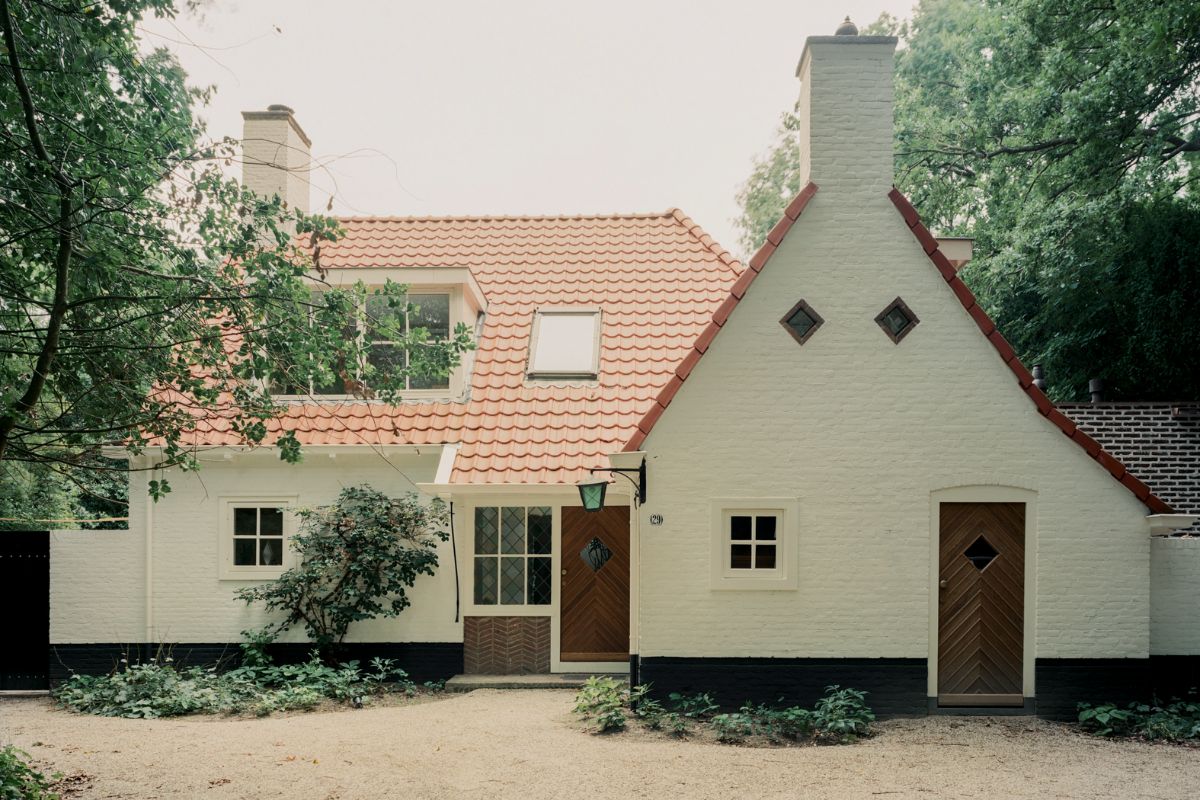 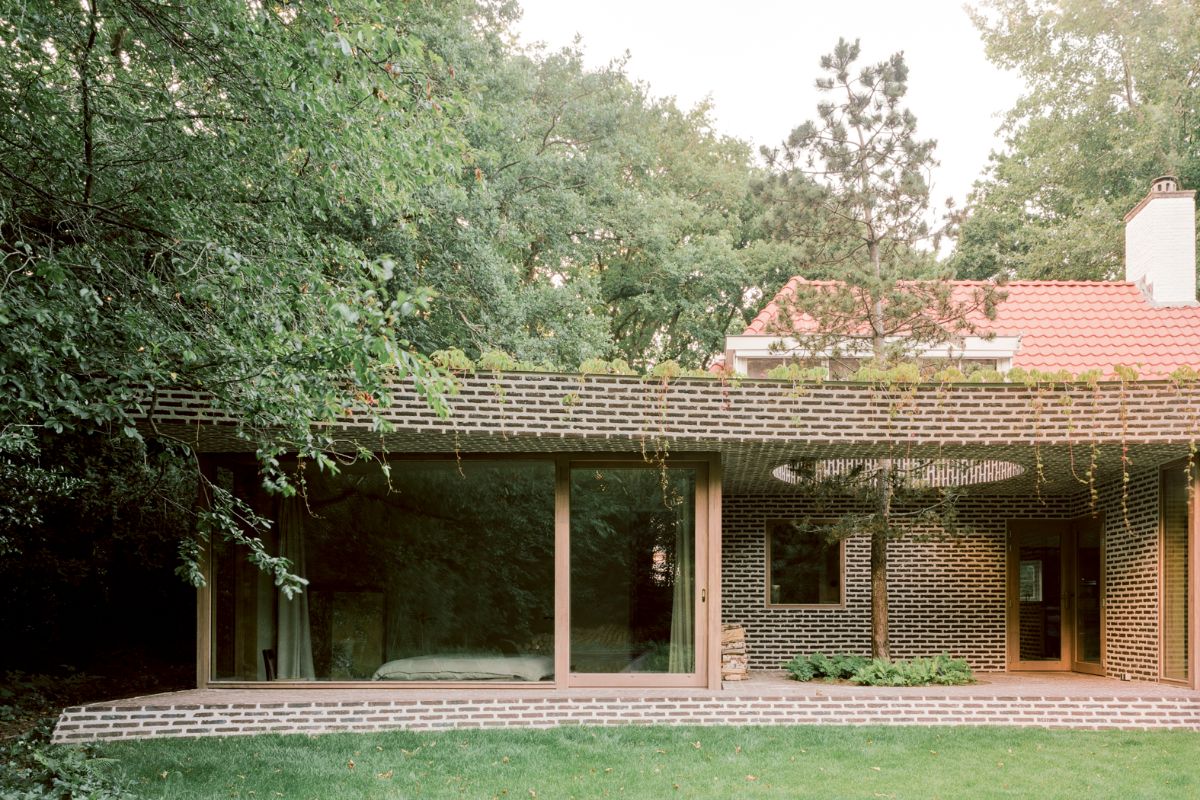 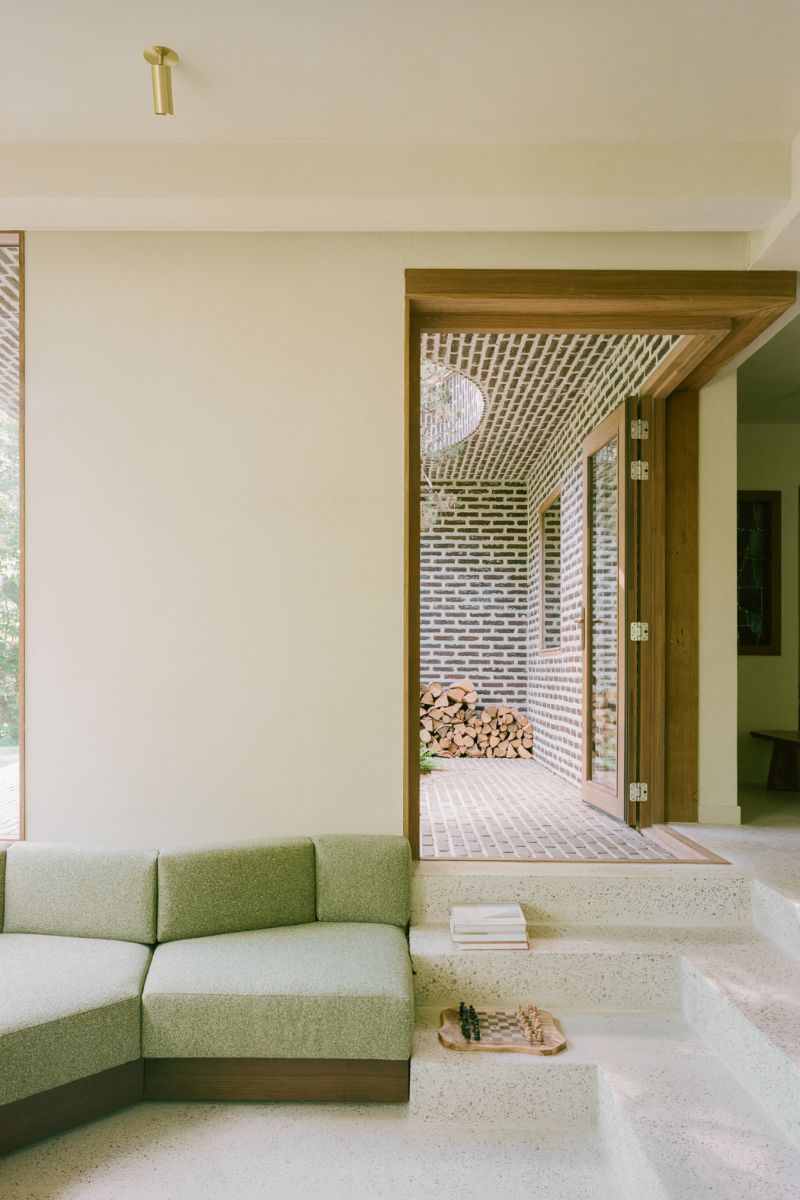 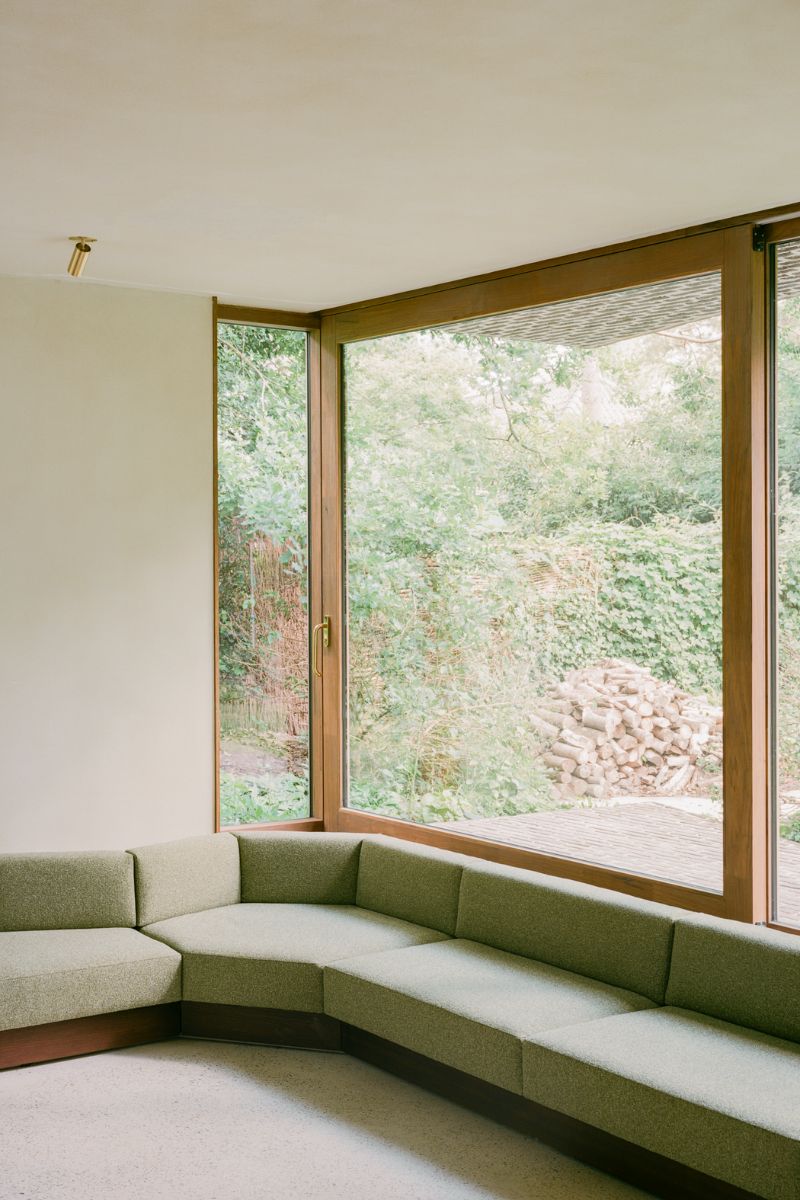 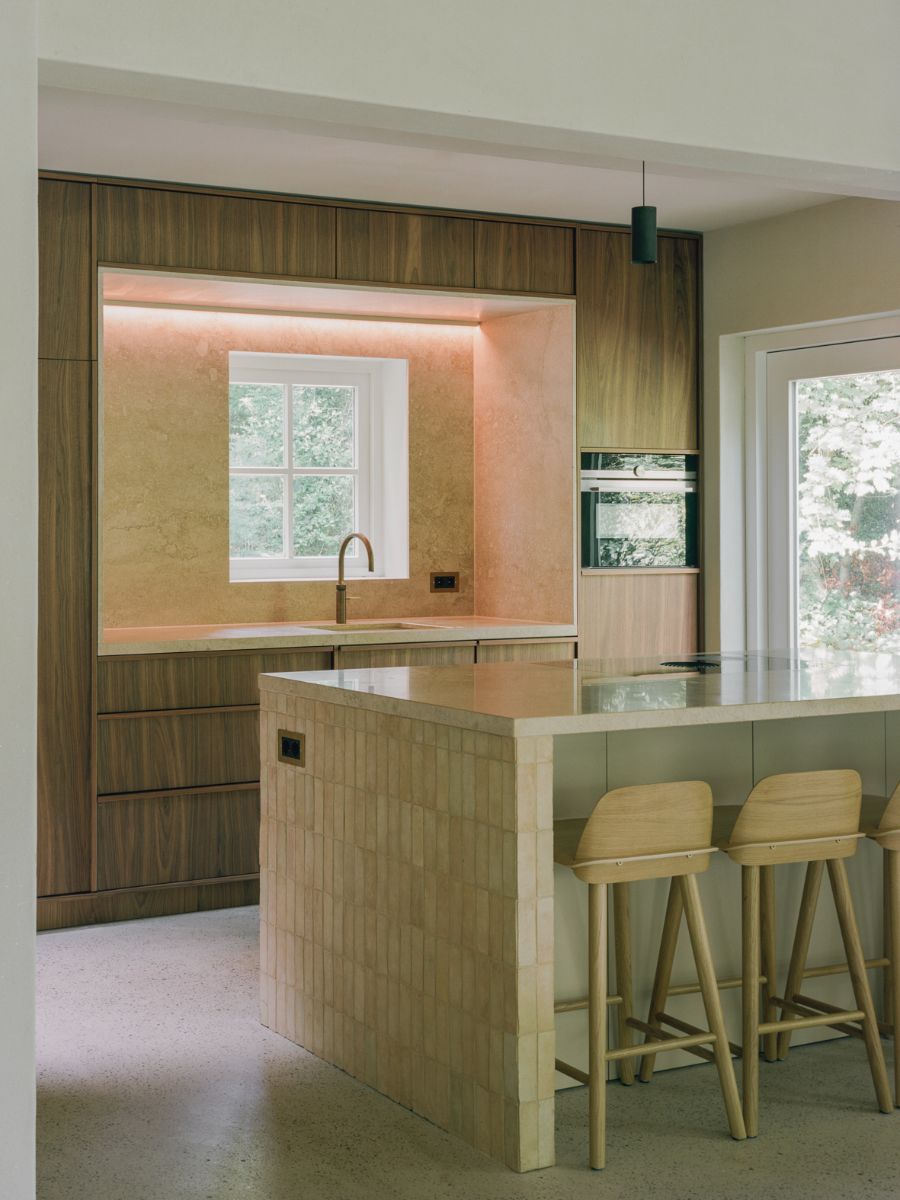 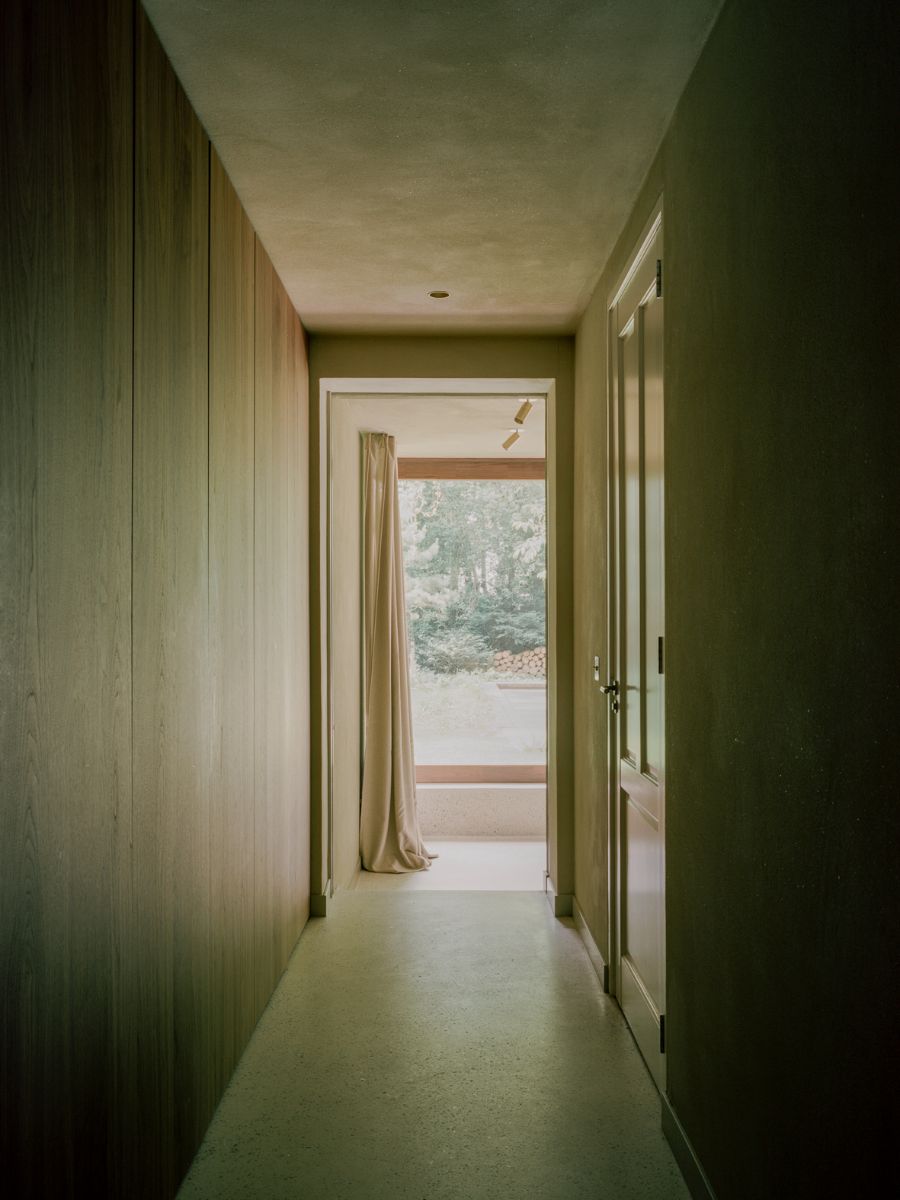 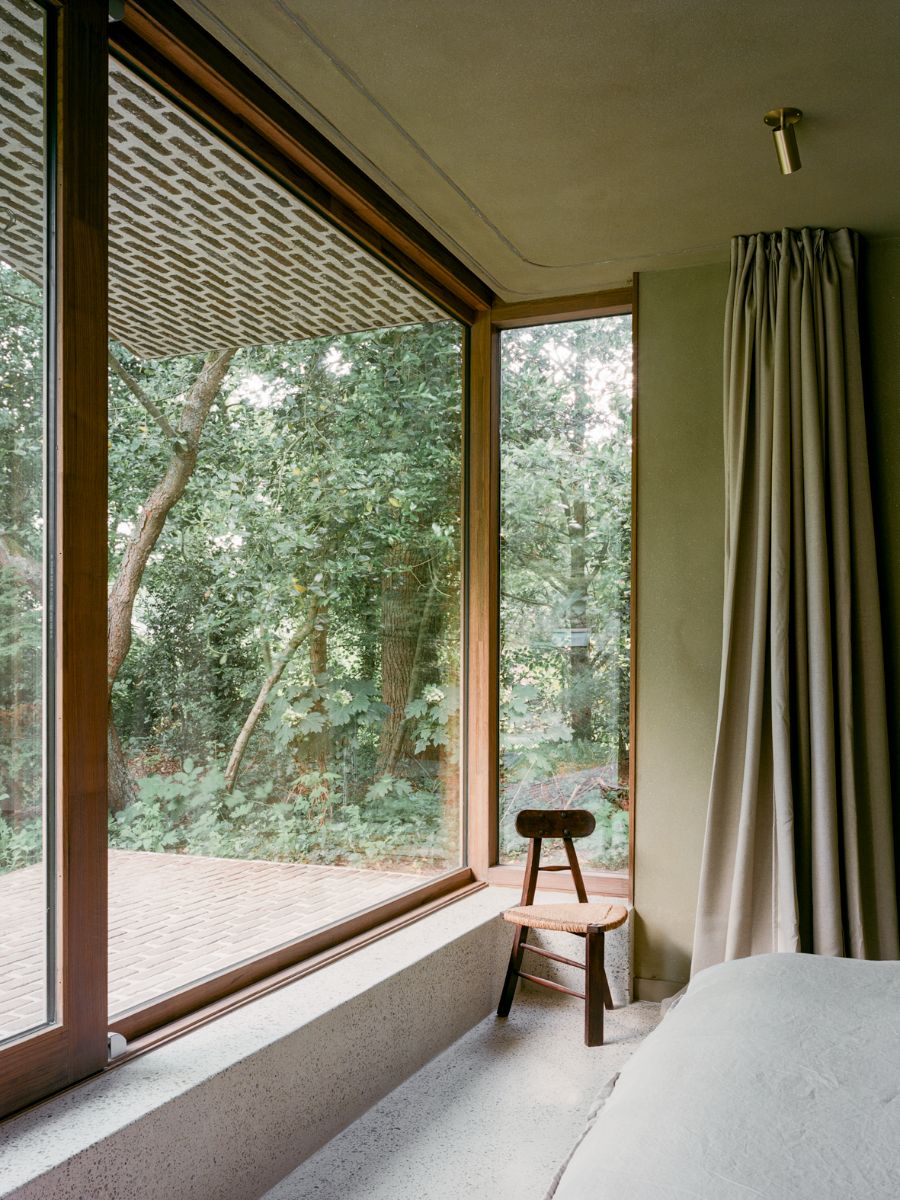 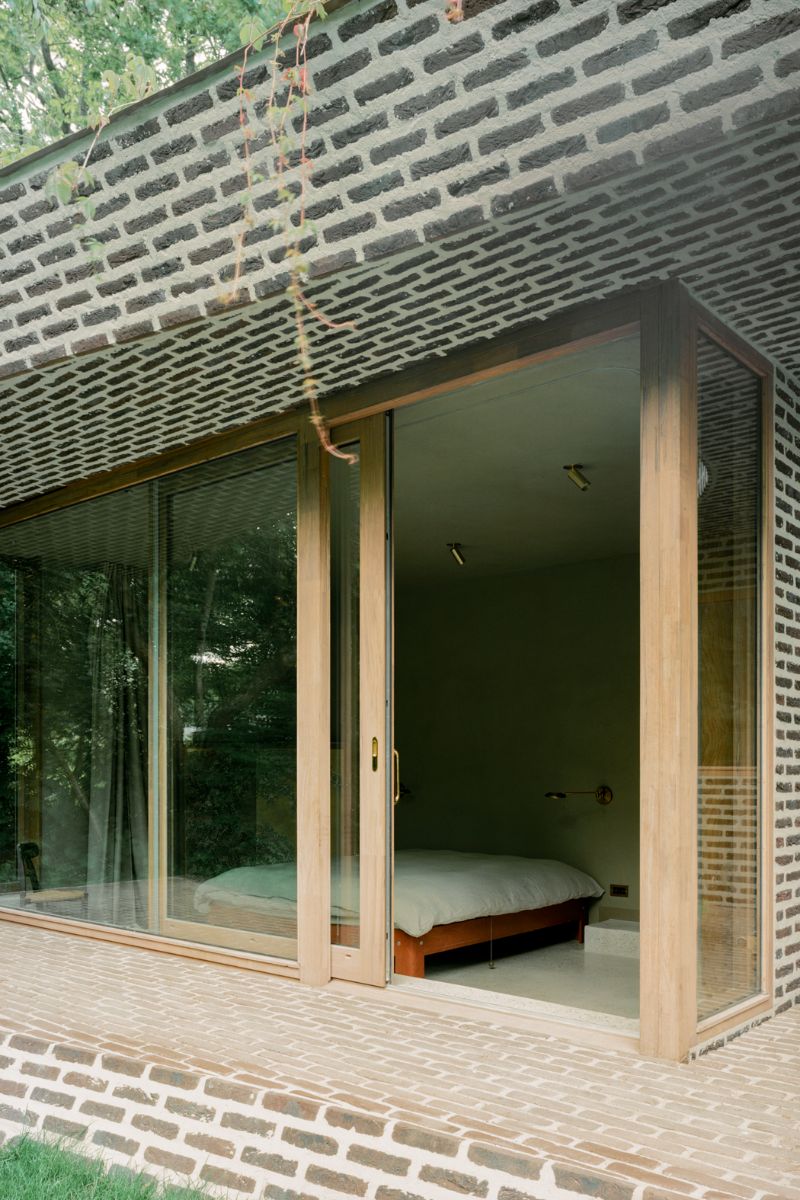 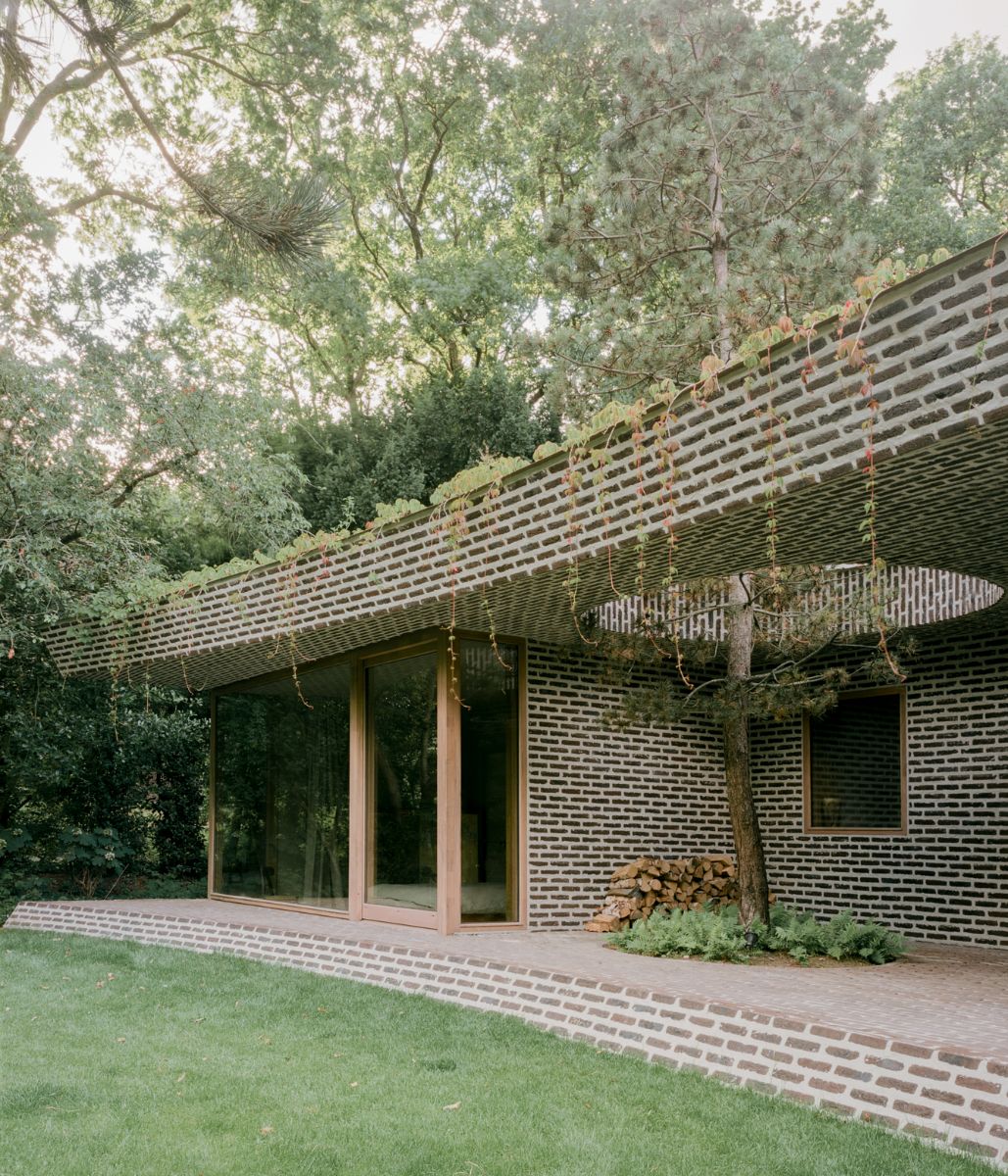 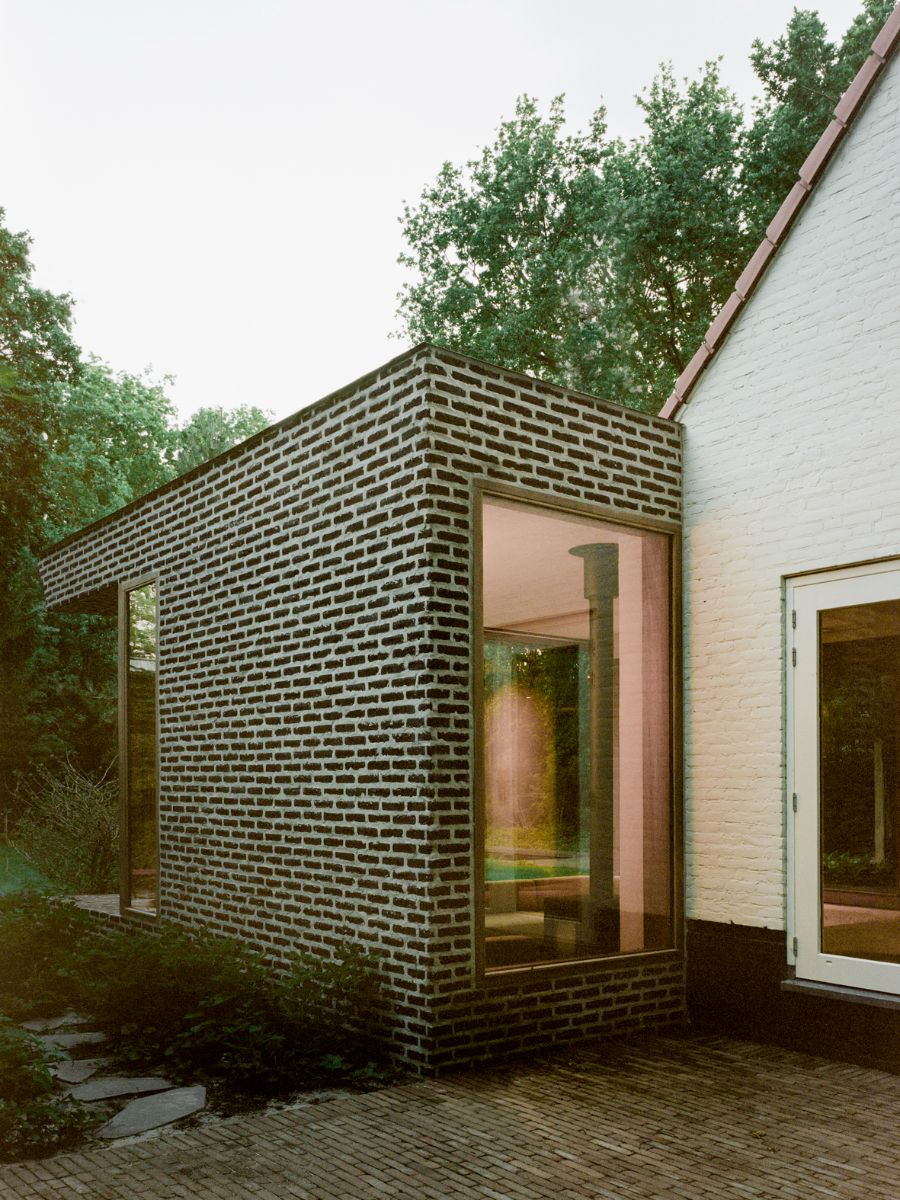 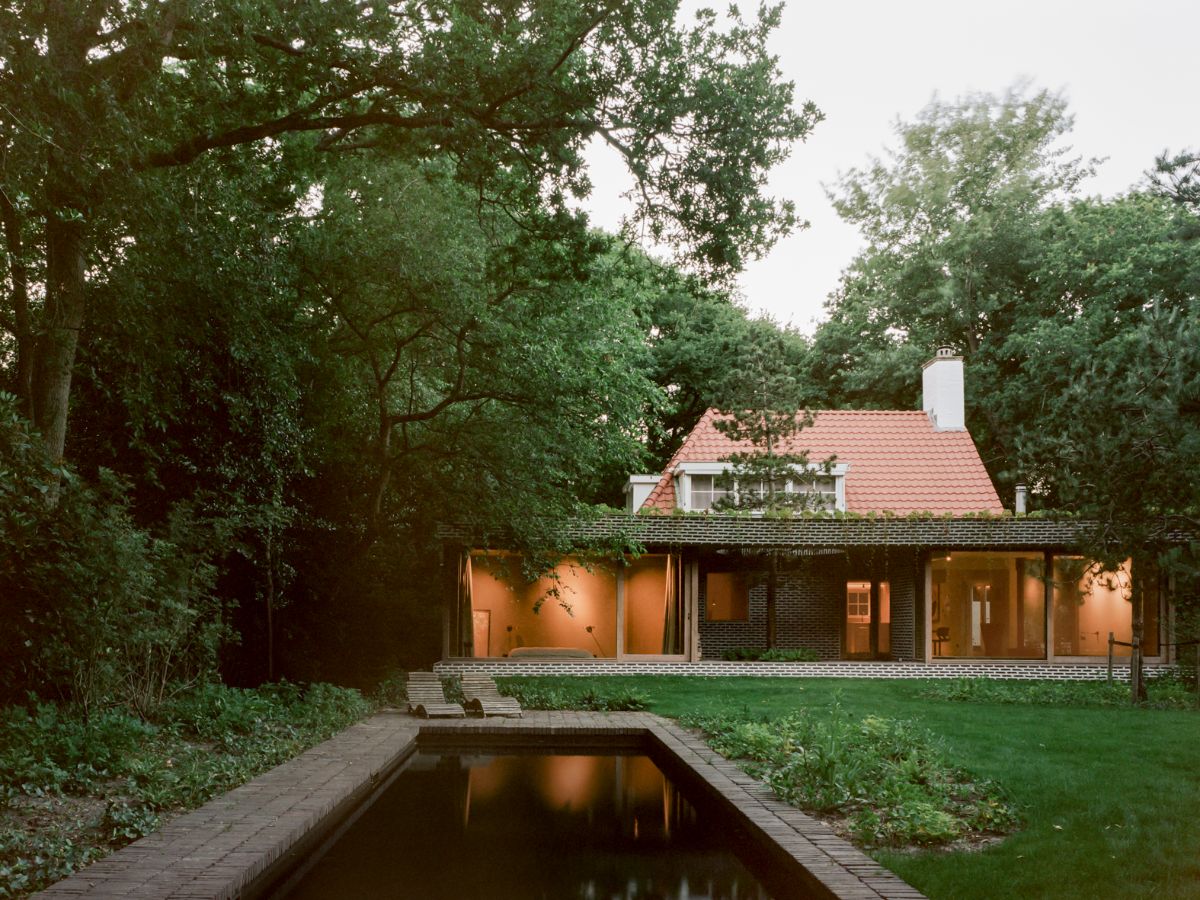 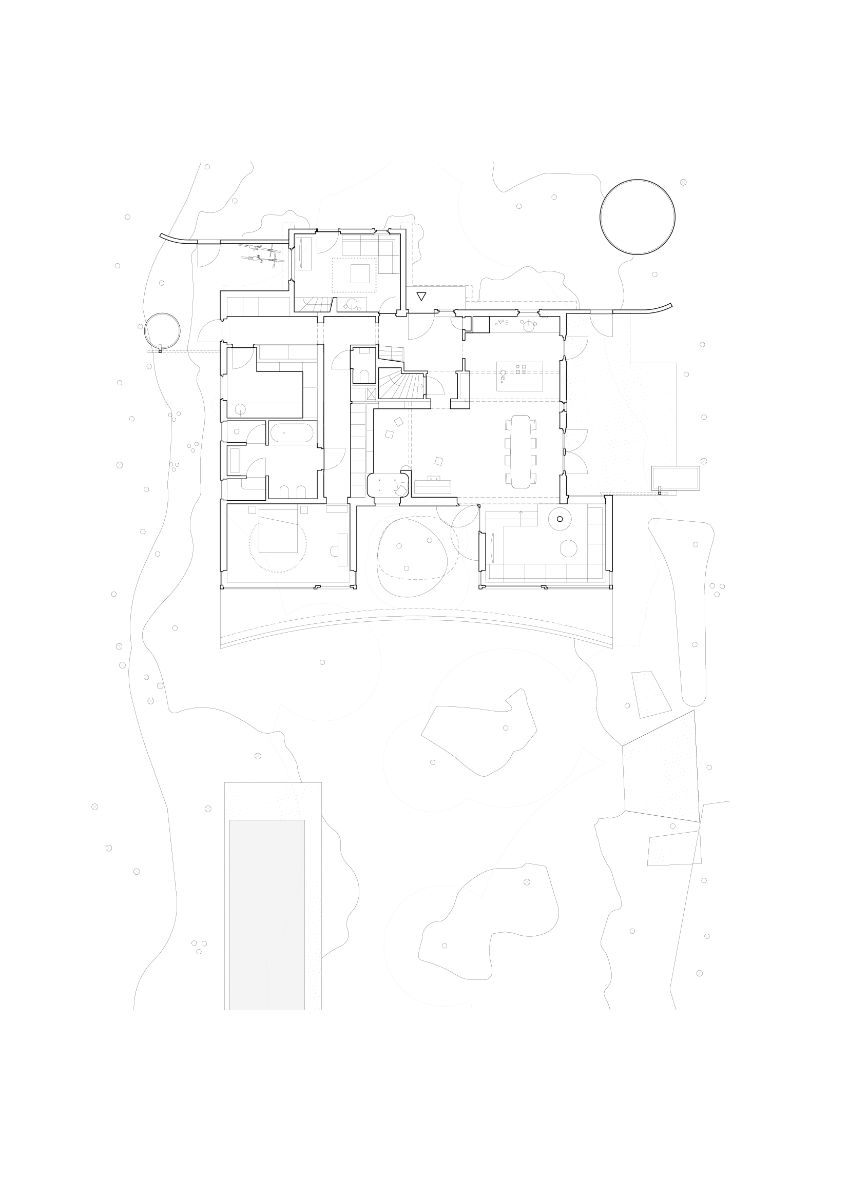 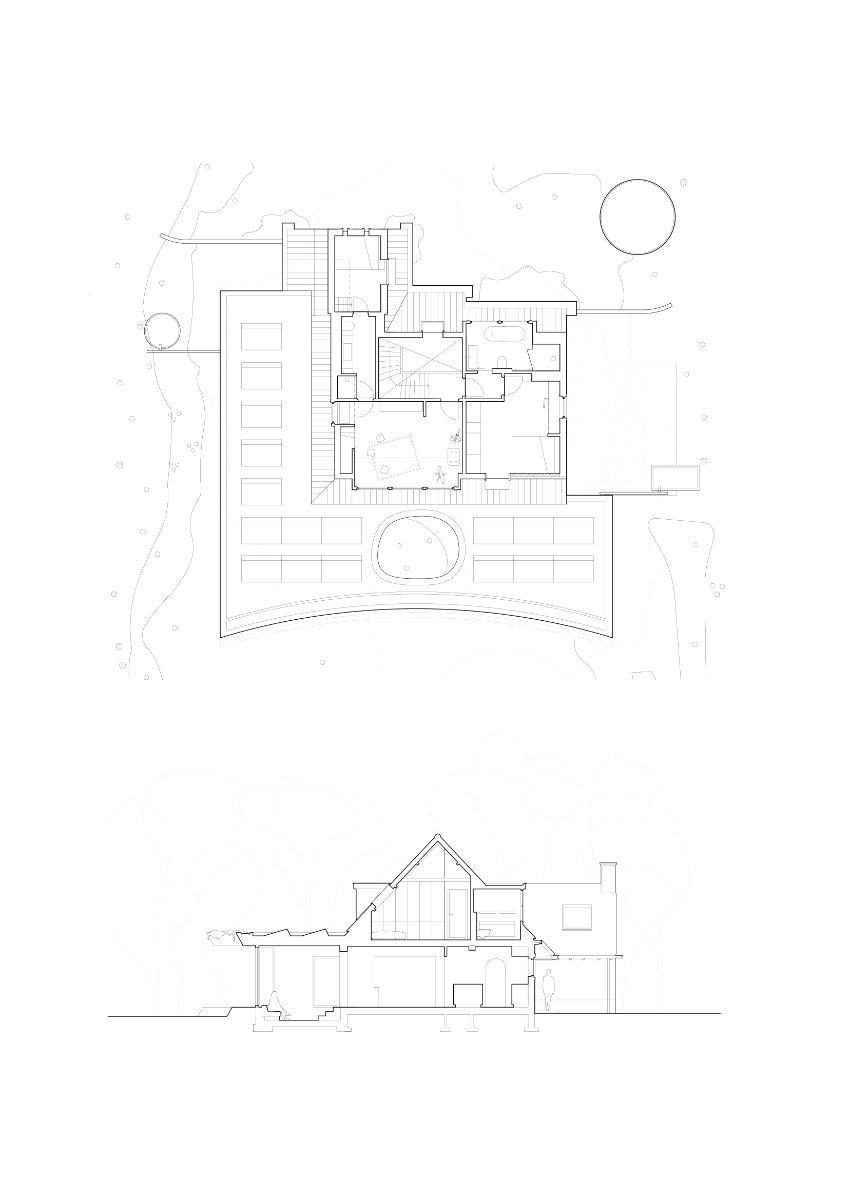 Studio Vincent Architecture and Space Encounters Amsterdam made a design for BD House, which is the transformation of a villa in the Bergen, The Netherlands.

In the quaint village of Bergen a modest white villa from the 1950s proved technically and structurally no longer sound for contemporary wishes and demands for living.

Yet, after its new occupants, a young family, had lived in the dwelling for a number of weeks, the house proved to be so characteristic that they decided to renovate and extend it, rather than demolish the house.

Instead, the design of BD House became a layered transformation in which cultural heritage, sustainable transformation and the rich natural qualities of the area confluence.

With its transformation and extension, BD House has not only been enlarged but has also been made future-proof, contributing to the larger transformation of the countryside in which the existing housing stock is becoming more sustainable and adapted to changing wishes and demands for contemporary living.

The house is positioned between coastal dunes, a pine forest and the open polder landscape. The extension embraces the existing house and opens it up towards the garden, reinvigorating the feeling of living in the forest.

The combination of the existing volume and that of the extension creates a play between symmetry and asymmetry, the straight line and the curve. A tension that was already present in the architecture of the original house.

The first floor with two bathrooms, a playroom, bedrooms and a guest room is completely dedicated to the children for them to turn it into their own world. The wings with the living room and the master bedroom are positioned on the ground floor and extend into the garden.

In the curved veranda that connects these wings, a tree has been planted that pokes through the veranda roof giving shape to the transition between inside and outside.

The sides of the veranda floor and cantilevering roof have been truncated by a virtual sphere of which the middle point sits at the centre of the garden, embedding the villa both literally and conceptually in the landscape.

The transparent facade is made of sustainably preserved Fraké wood and its generous sliding doors and oblique windows continue the spatial enfilade of the interior into the design of the garden, anchoring the brick building in the undulating landscape of maritime pines.

Both the existing villa and the extension are materialised in brick, yet they contrast in brick size, colour and treatment, revealing the layers of time in the project. The renovated white villa has been treated with white and anthracite-coloured mineral paint.

The extension, with reference to the architecture of Sigurd Lewerentz, is materialised in recycled dark brown bricks, giving it, together with the wide joints, a robust appearance that over time will be enriched by the traces of nature.