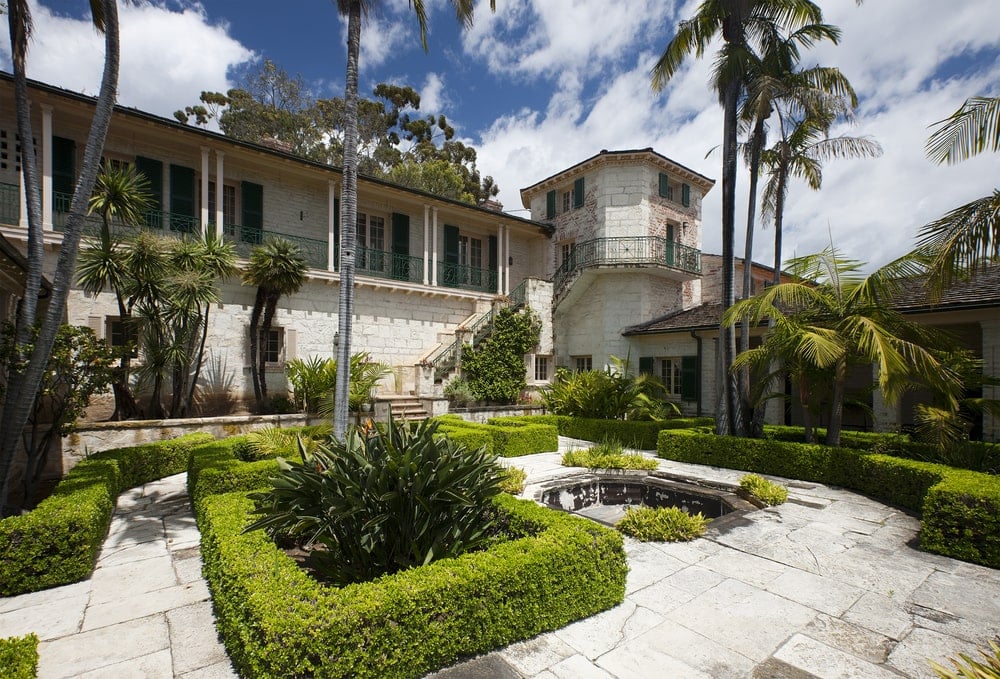 There is a historic Montecito, California ranch and equine facility that has been in the same family for almost 90 years. This is now on the market priced at $125 million.

The main house sits on 237 acres of ranch and is measured at 29,483 square feet with 30 rooms including 12 bedrooms and 13 bathrooms, along with the formal rooms. The house also boasts of an English-style pub downstairs which is accessed by a hidden door. The property includes a badminton court, viewing gallery area, a private office, and a large balcony.

The 1920s historic ranch and equine facility in Montecito, California is listed by Harry Kolb of Sotheby’s Internation Realty.

Ellen DeGeneres and Portia must be sorry they missed this one. Especially Portia, who loves horses. It’s also in their neighborhood and Oprah’s, and just behind Oprah, well-known decorator Penelope Bianchi, who owns the most coveted French farmhouse property on this side of the pond. Montecito draws people with a visual sensitivity for natural beauty and Rancho San Carlos gets 100 percent on the Montecito real estate scorecard.

A historical overview of the 237-acre ranch speaks to its polo history. Charles H. Jackson, Jr. and his wife Ann, bought the land in the late 1920s and first built the house. Since they were very active in the sport, they turned the land into an equestrian facility for polo horses, racehorses and dog breeding.

The ranch continued to grow with a stable complex, fenced and cross-fenced paddocks, an 11,250-square-foot covered riding arena, an outdoor training track, and with as many as 30 horses on the property, 10 small cottages were built to house the many employees along with a small office building. They experienced such success, a room was devoted just to their trophies. A gated and very private property, there is also a large orchard and land to explore for casual riding.

The 29,483-square-foot Monterey colonial-style main house was built around a formally landscaped interior courtyard, influenced by Spanish architecture and that of other warm climate countries. The house contains 30 rooms including 12 bedrooms and 13 baths, along with the formal rooms. The house is laid out across two natural terraces, one higher than the other.

This made it possible for a noted architect, Reginald Johnson, to separate the main living area from the bedroom area, thus guaranteeing privacy and spectacular views from both levels. One charming feature is the English-style pub downstairs. Since the house was built during Prohibition, the pub was necessarily accessed by a hidden door.

Below the pub is a badminton court with a viewing gallery area above. The tower houses a private office that is only accessible from the master suite via an outside stairwell. All rooms are very large and elegantly decorated, each with its own large fireplace, including the bedrooms, which open to a balcony. For more information.

Historic Montecito, California ranch and equine facility, in the same family for almost 90 years, is now for sale, asking $125 million. (Ellen, you know you have to have it!) 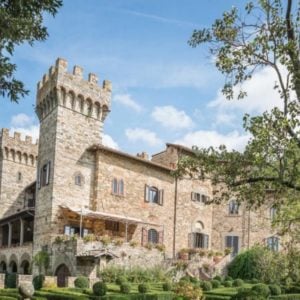 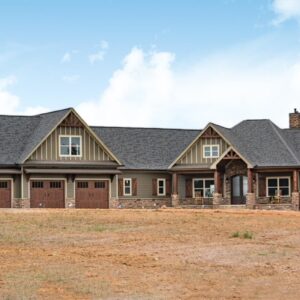