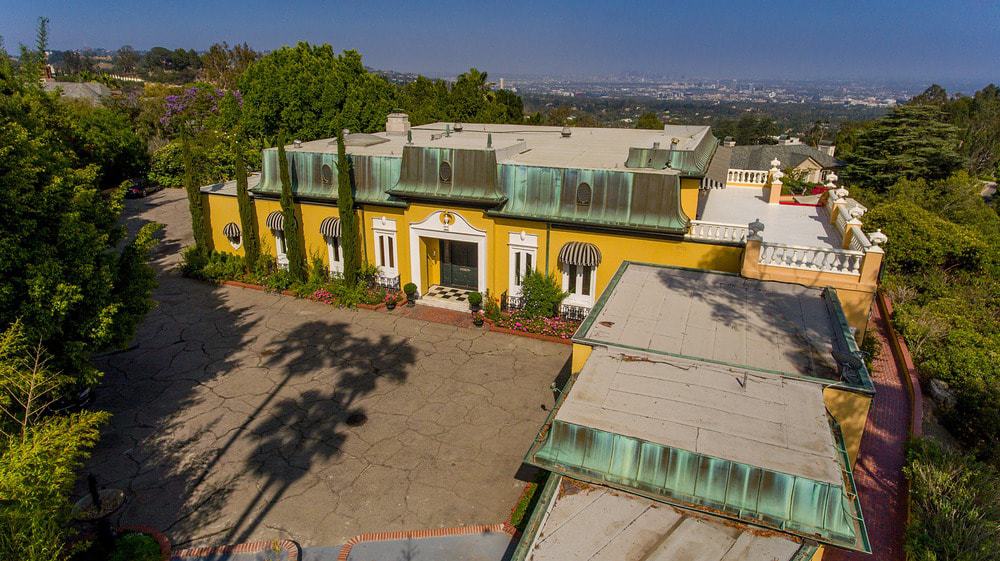 Few celebrity homes are as rich in Hollywood lore as the former home of the Great Zsa Zsa Gabor. She lives with Elvis Presley himself in the home where the Beatles once resided, as did Katherine Hepburn – and so many other Hollywood elites. But only Zsa Zsa made it what it would become.

The inimitable Zsa Zsa Gabor was a major figure on the big screen from the 1920s well into the 2000s. She got her start as a shockingly stunning and sultry actress at a time when that really meant something. She brought style and grace to many major Hollywood films before colorization.

What’s even more outstanding is that her charm, energy, and her famous sense of humor made her beloved far beyond the age when most Hollywood beauties would fade from the limelight.

Zsa Zsa passed away in 2016 at the impressive age of 99. But her legacy lives on in the $23.45 million dollar Bel Air home which she once shared with Elvis Presley himself! Zsa Zsa once said about herself, “I am a marvelous housekeeper. Every time I leave a man, I keep his house.”

That’s typical of the great wit and the even greater sense of humor that was Zsa Zsa. The home sold recently for $20.8 million, but we had the chance to take a quick look through it and get some insights into the life and mind of the irreproducible Zsa Zsa Gabor.

The house has also been lived in by the Beatles, Ava Gardner, and Katherine Hepburn. Just FYI.

The building appears strangely small from the outside, but inside we begin to get the hint of a tail of greatness. The front pool is large, not huge, but large and ornate with beveled corners and mysterious lighting. Inside the living room is fully floored in oak hardwood flooring that has been buffed and shined to absolute perfection.

A single couch and coffee table make up the furnishings of this room, suggesting that its many famous occupants tended to have more to do with themselves in other rooms.

The dining room is like a dance hall for its size. A ten-seat dining table stands lonely in the middle of the vast room, made of similarly shining oak. Ashwood floors run from wall to distant wall and three large windows look out on the town that made them all famous.

The kitchen is startling metallic and gray. The floor is made up of large marble tiles. All of the appliances are chrome and all of the cabinets are gray. There is no island, and just one small window exists above the kitchen sink. Very strange indeed.

The primary bedroom is as rich in space as the dining room. But it is nothing near as austere as the dining room or the kitchen. It is softly lit, with brown marble flooring, and an enormous window in the far wall looking over the garden and pool. One can only guess at the fine things that have been whispered in this room.